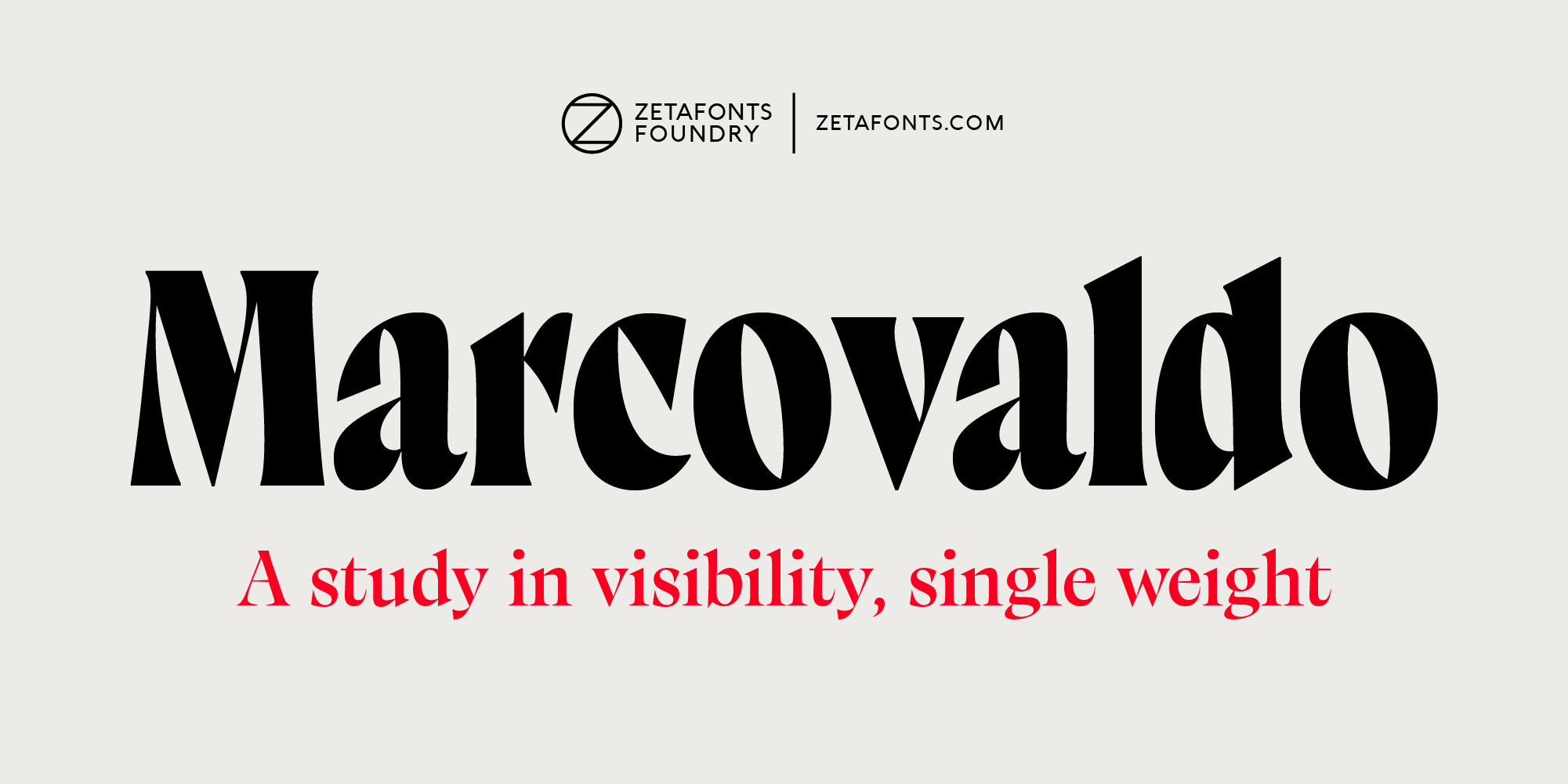 Developed by Andrea Tartarelli as an extension to Calvino typeface family, Marcovaldo is a heavy condensed wedge serif, optimized for display design. The high contrast and rich texture of the old style letterforms marry digital aesthetics in a typeface that is at the same time impactful and refined. With its nod to the Elzevir and DeVinne tradition, it tries to translate typographically the value of Visibility that Italian writer Italo Calvino had described in his masterpiece Six Memos for the Next Millennium. 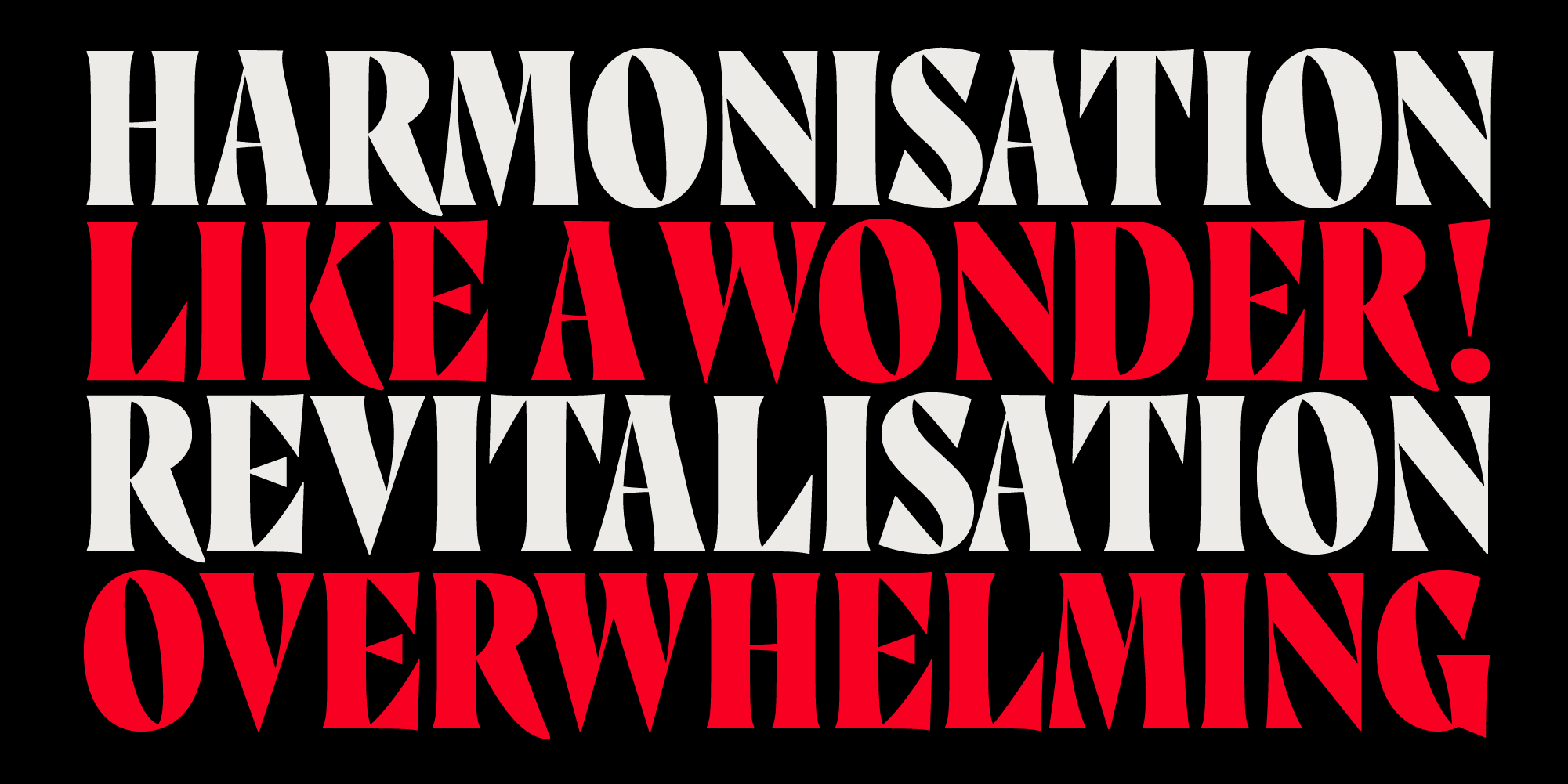 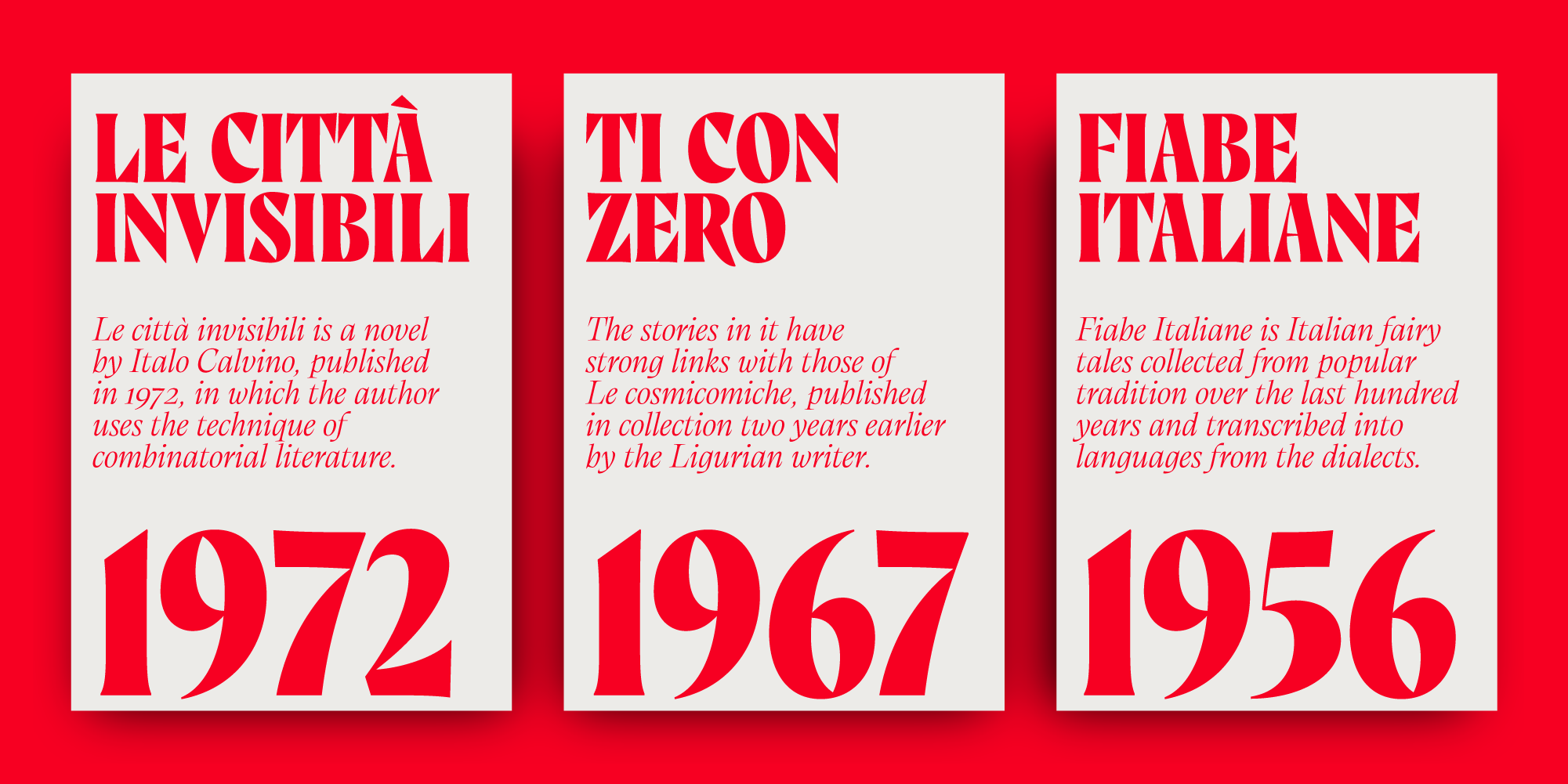 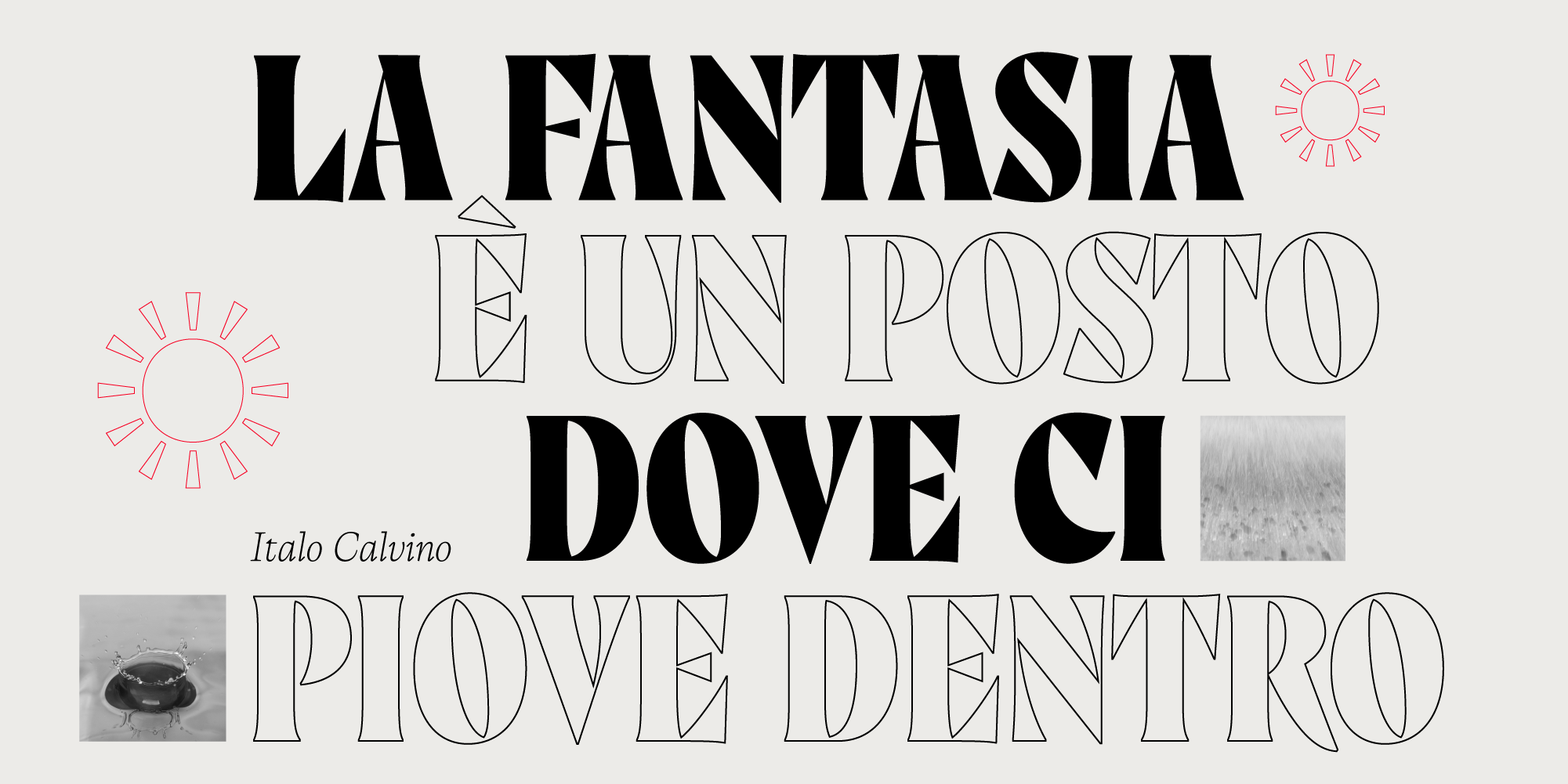 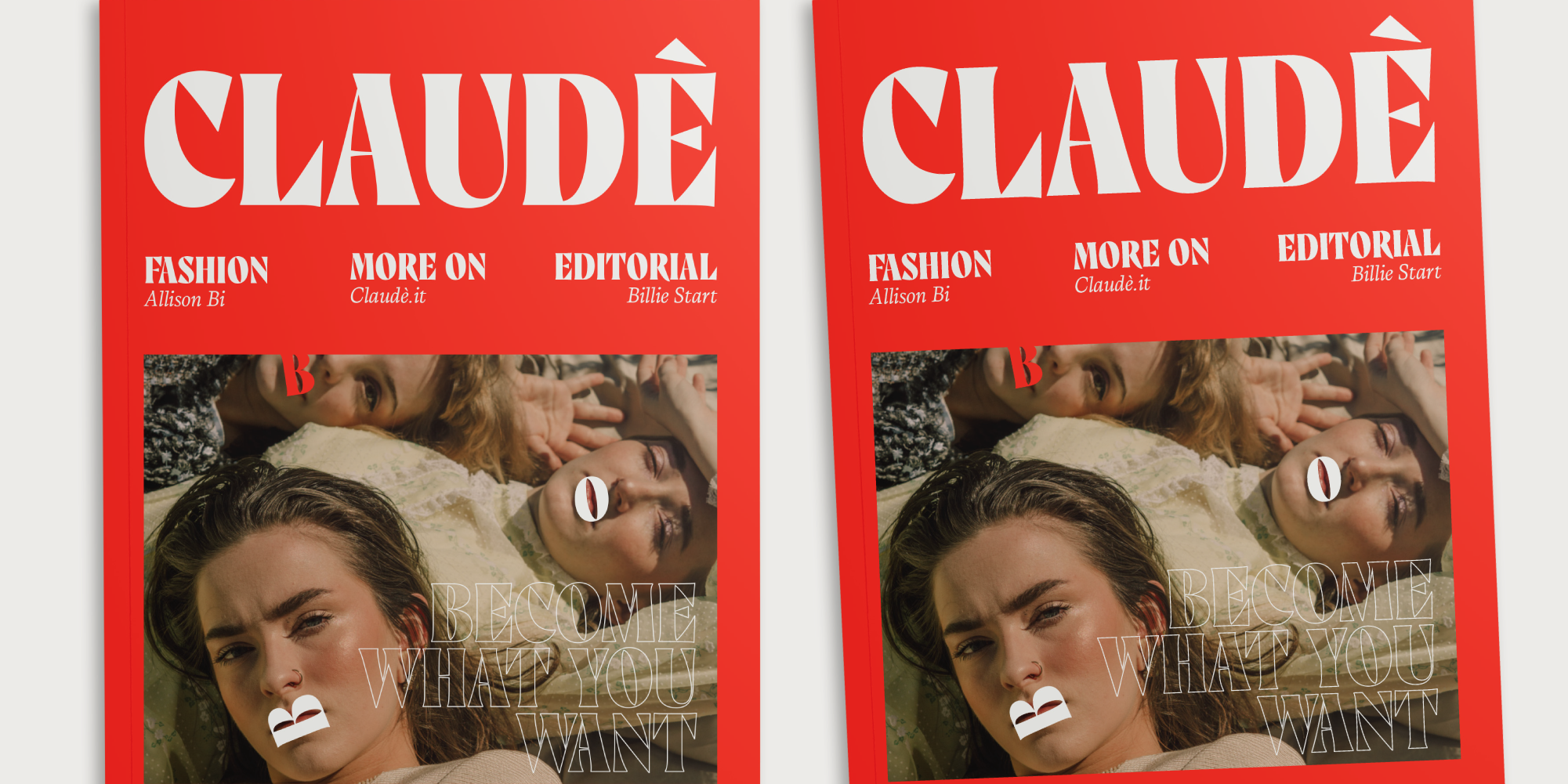 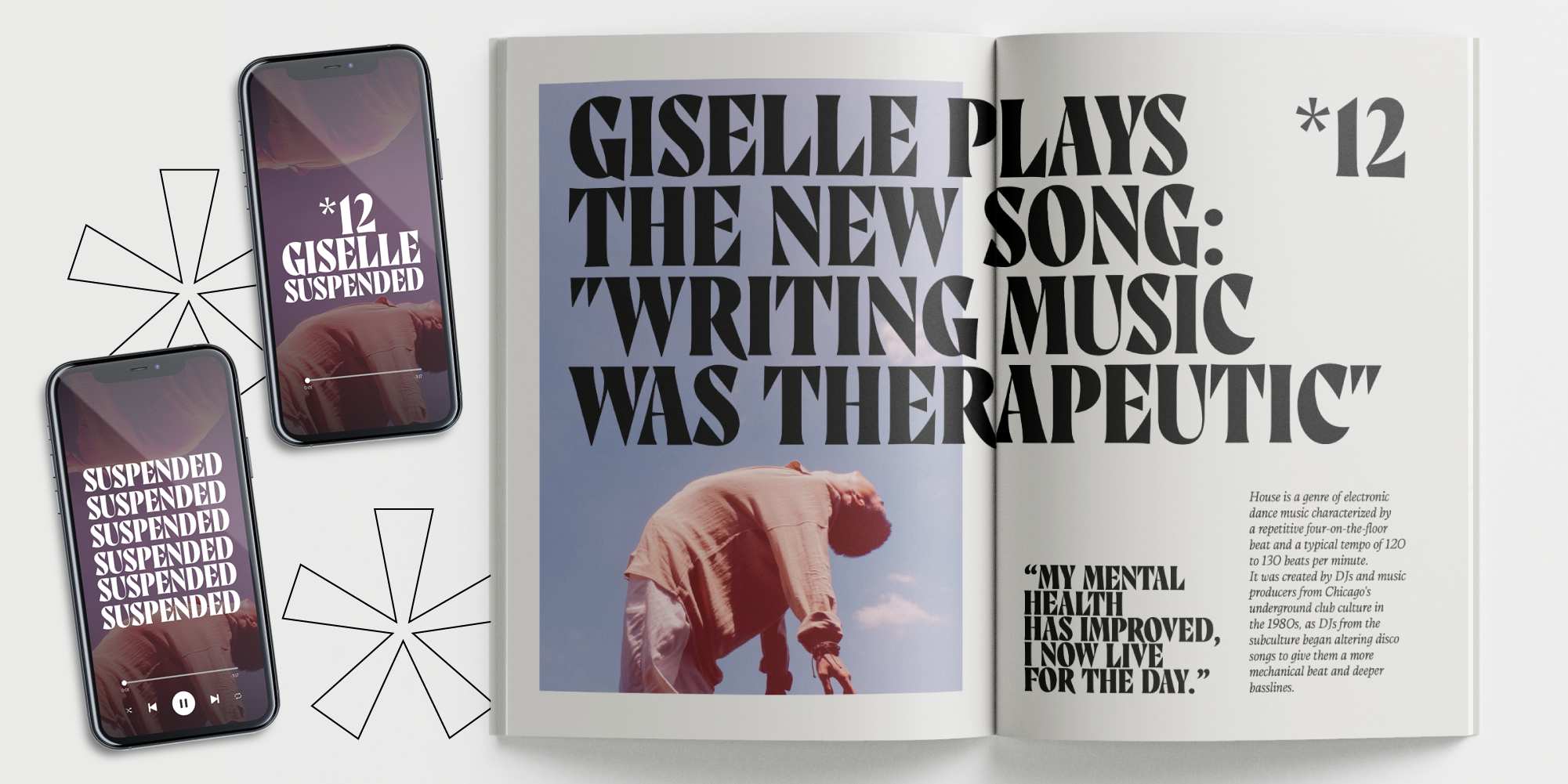 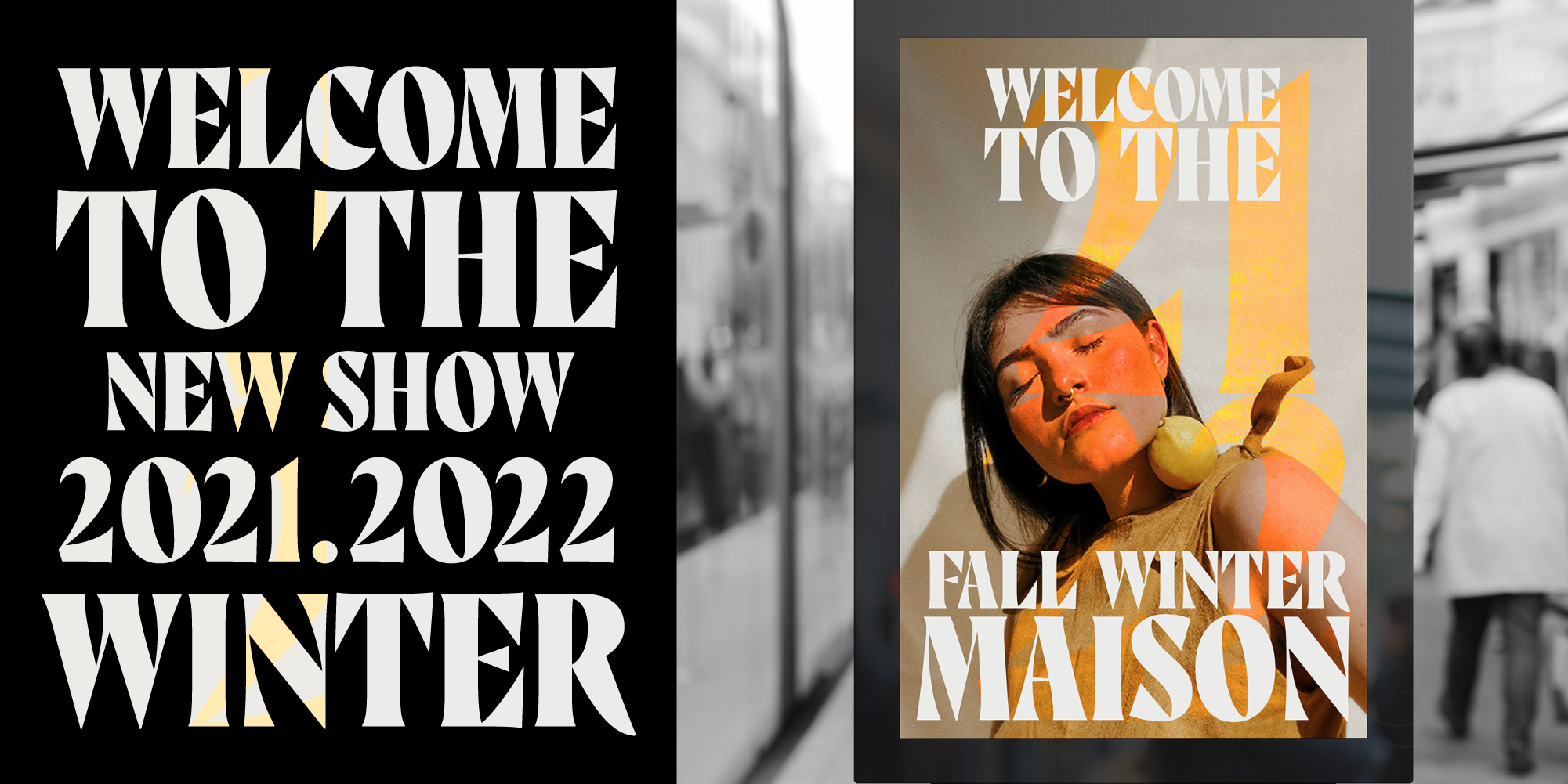 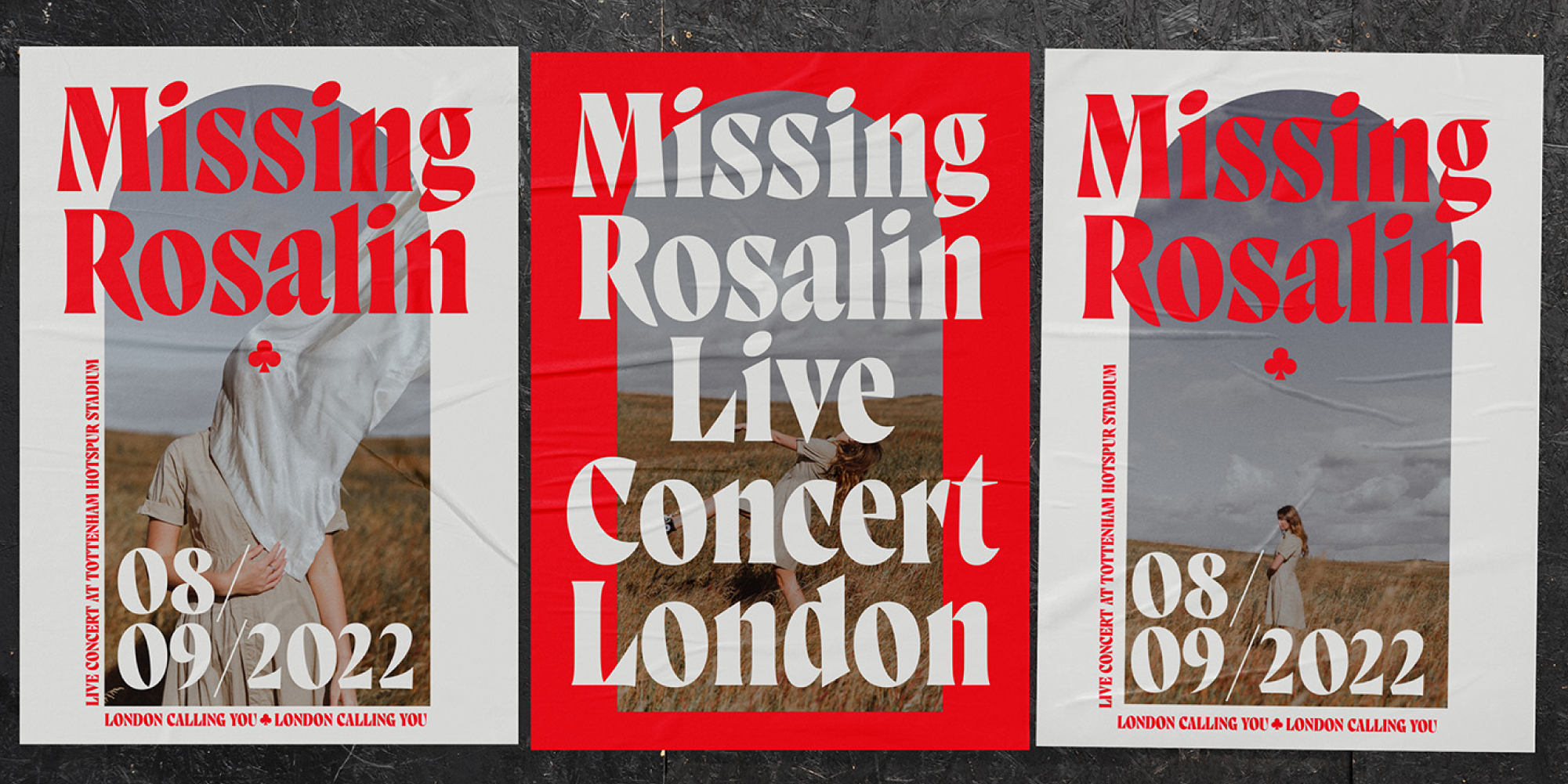