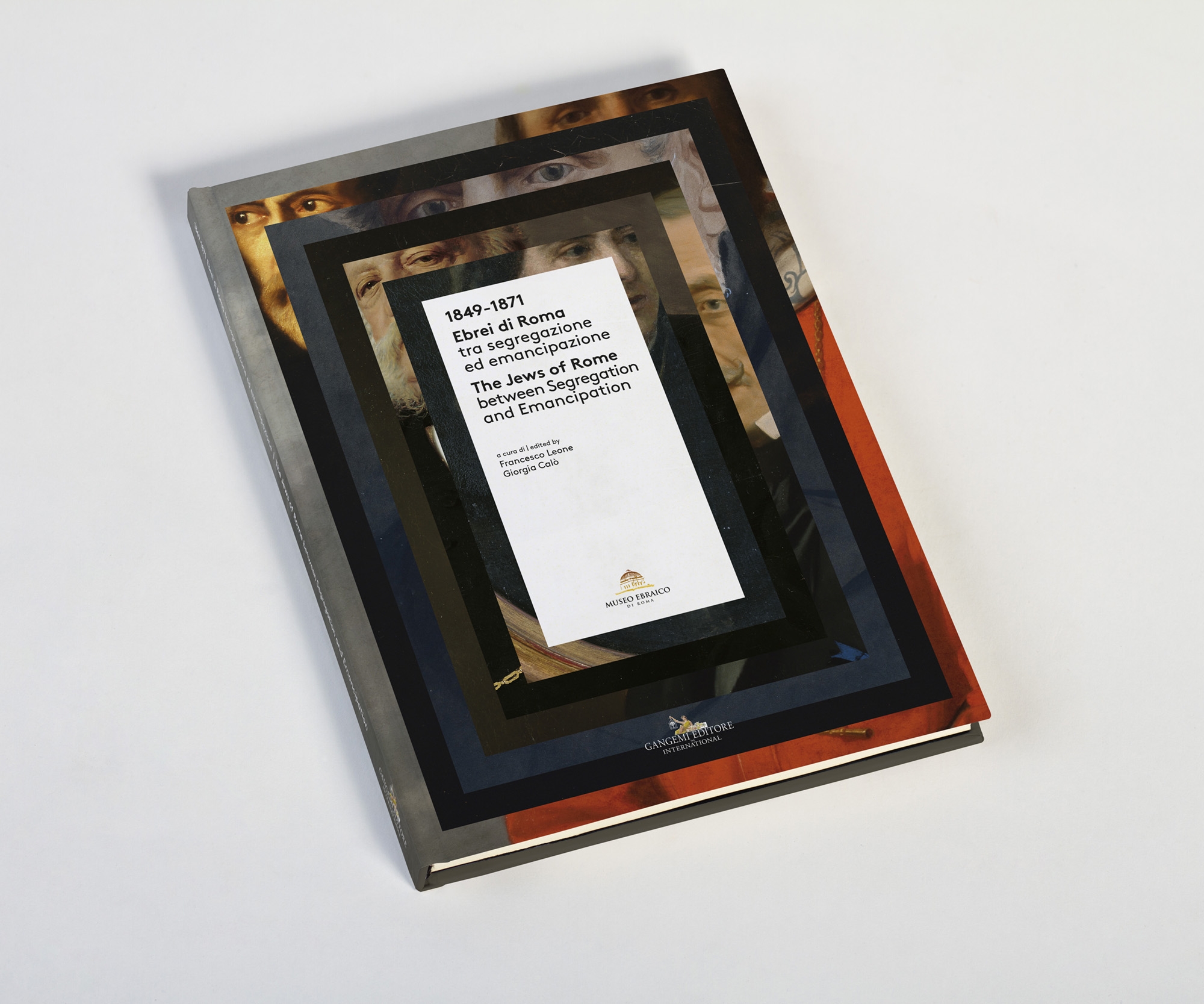 On the occasion of the 150th anniversary of the proclamation of Rome as capital of the Kingdom of Italy, the Jewish Community of Rome and the Foundation for the Jewish Museum of Rome opened the exhibition: 1849-1871. The Jews of Rome between segregation and emancipation. We designed the visual identity of the initiative by juxtaposing the gaze of different protagonists of that period. As with the works and the documents in the exhibition, we wanted our project to communicate the effervescence of the historical moment and the interaction that existed between the different cultural environments. 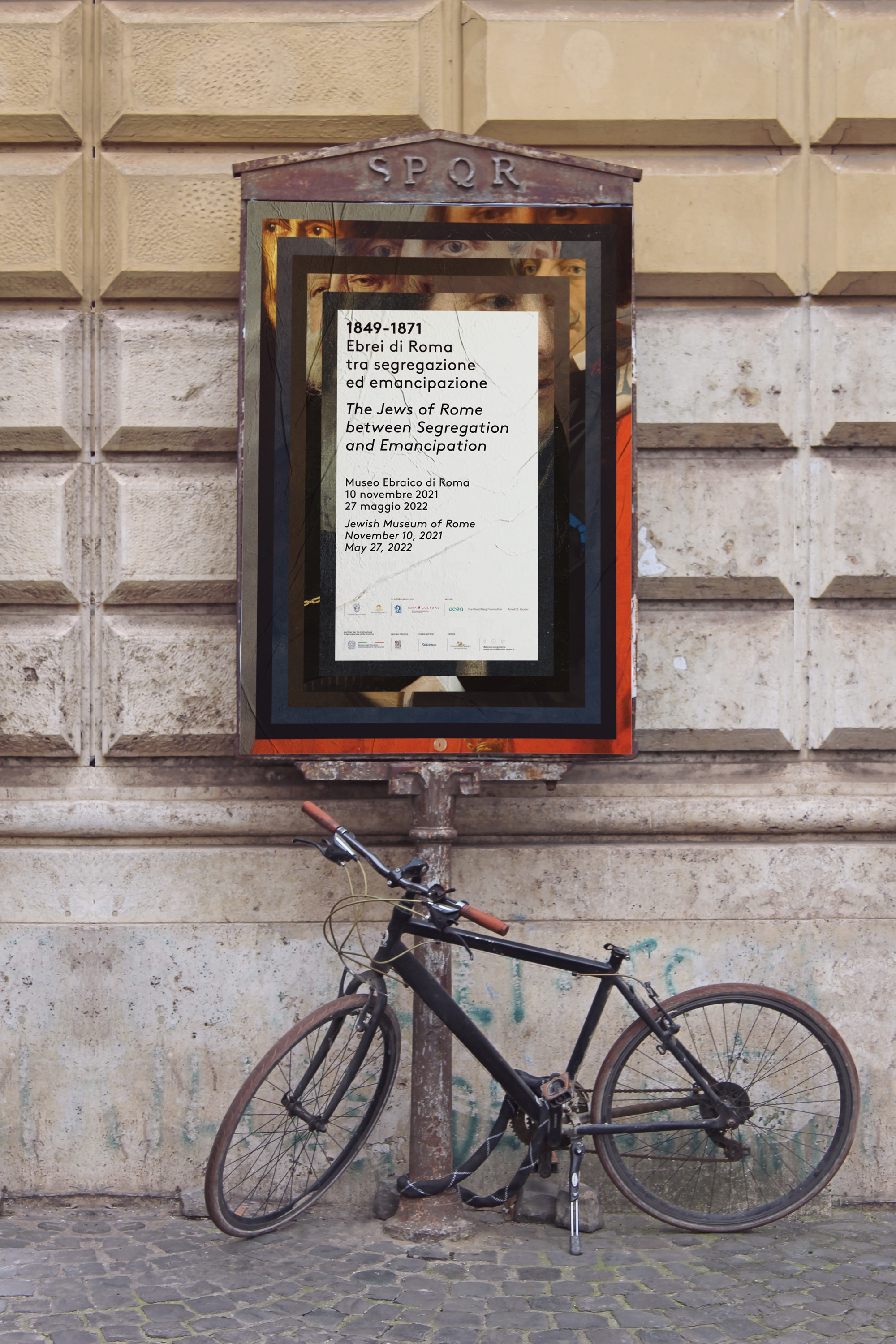 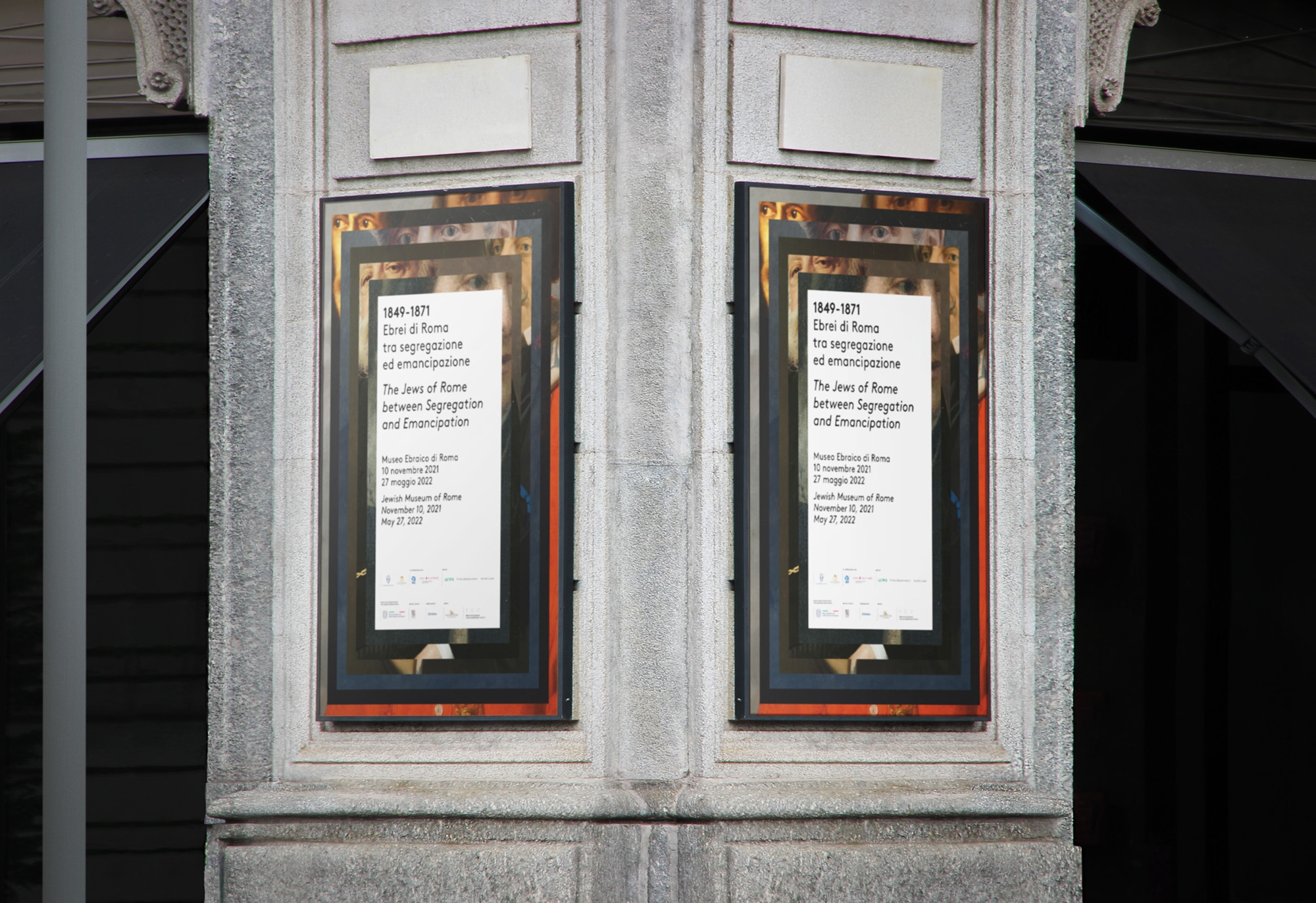 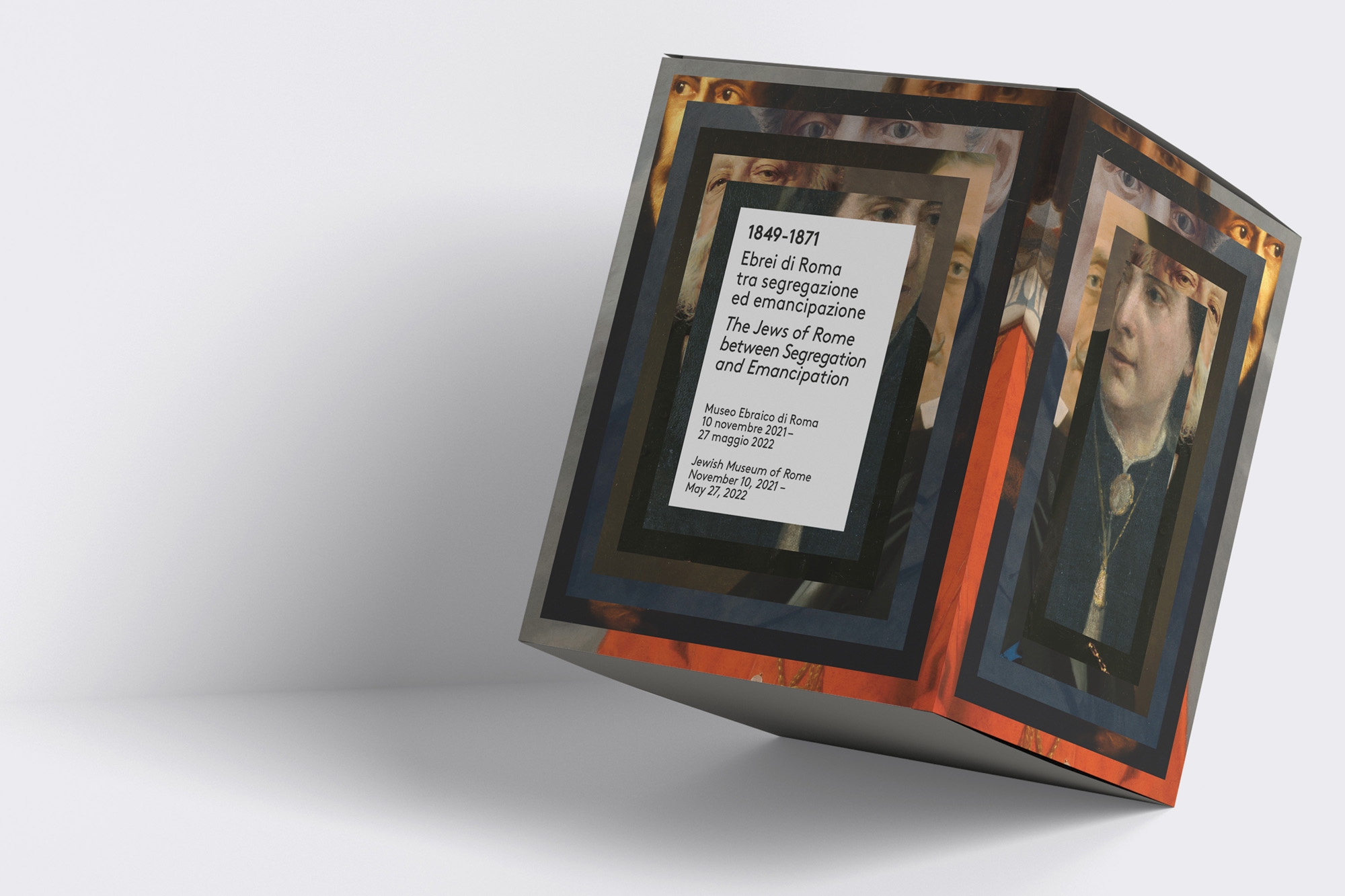 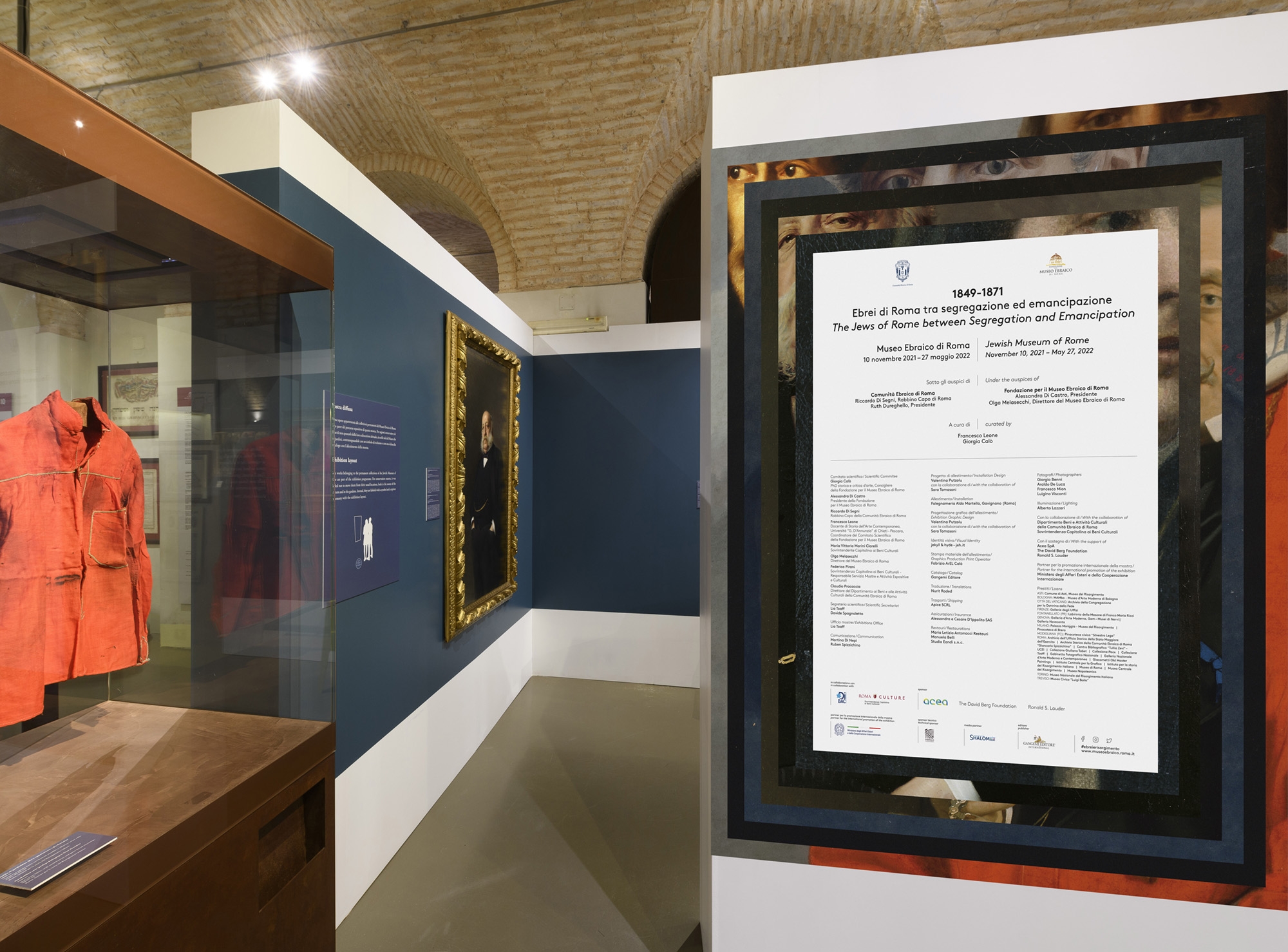 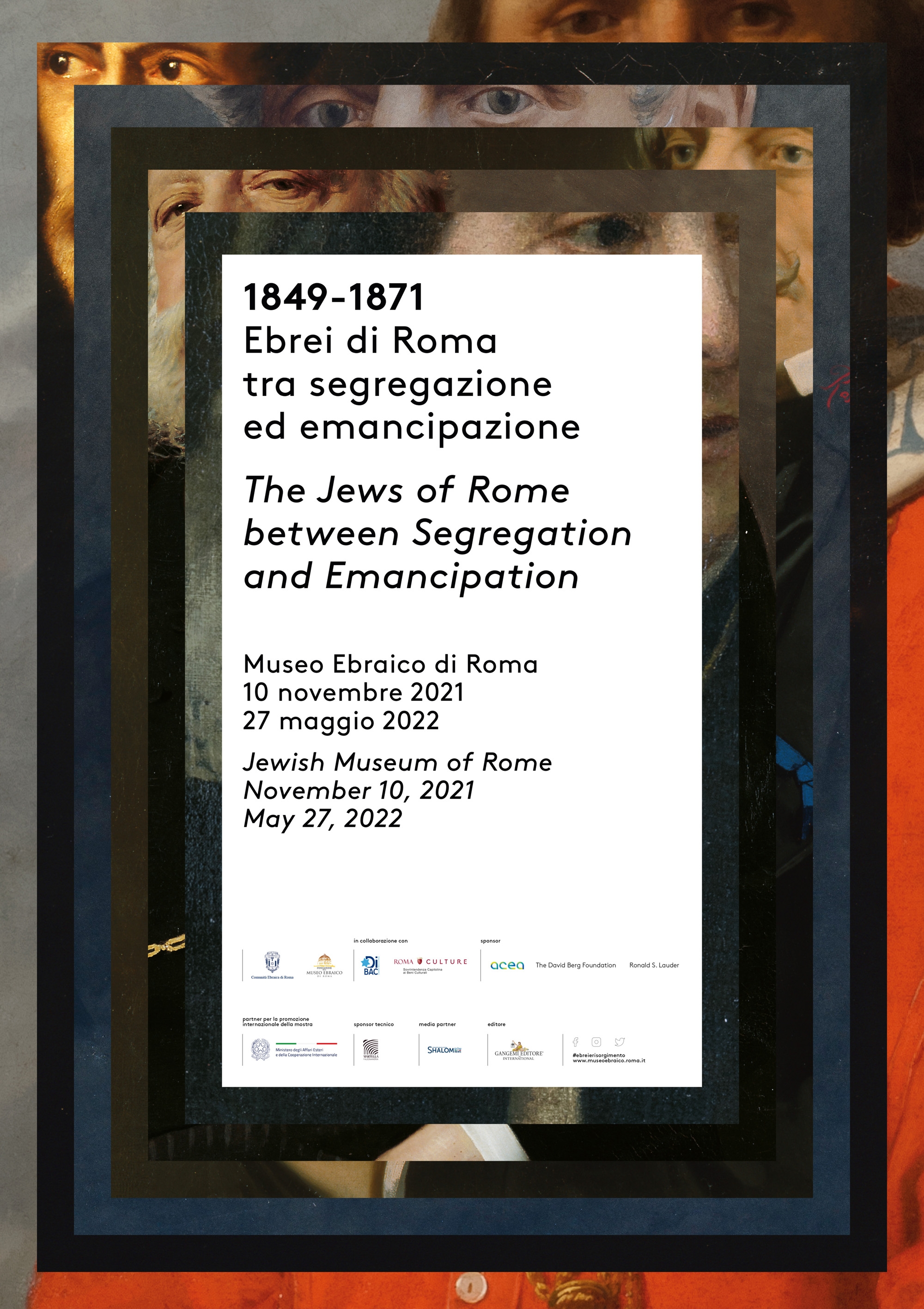