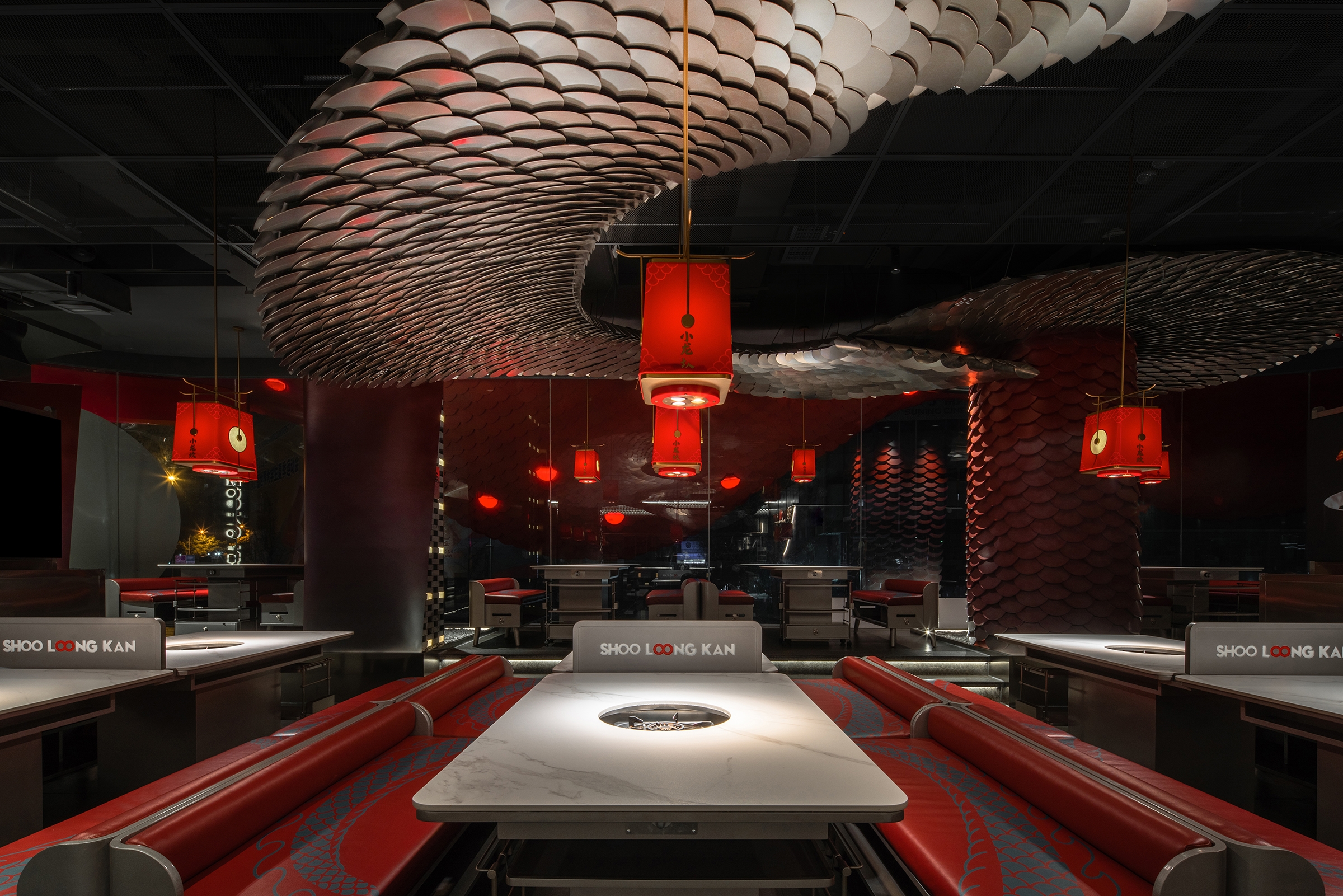 Based on the concept of "Dragon Palace", the gate absorbs the essence of Sichuan style architecture. The designer uses columns and the top area in the dining area to create a modern dragon scale conception image, which is flexible and winding in the air, and abstractly depicts the hidden dragon hiding in the new era of Sichuan and the reinforced concrete world. Part of the top mirror reflection landscape, pulls up the height of space, shapes the space-time sky scene. These scenes, combined with the three-dimensional copywriting, enhance the modern artistic conception of the space. 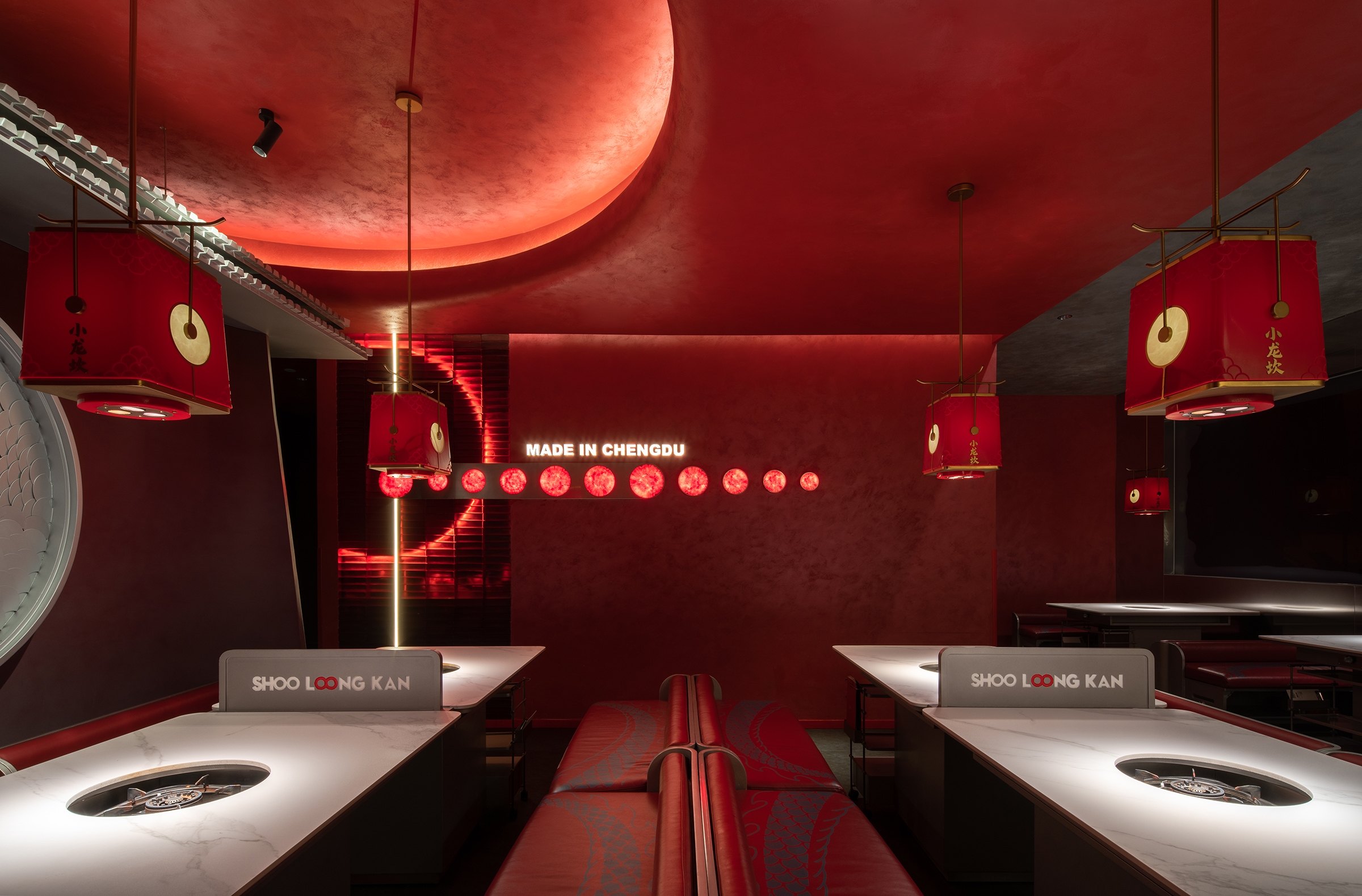 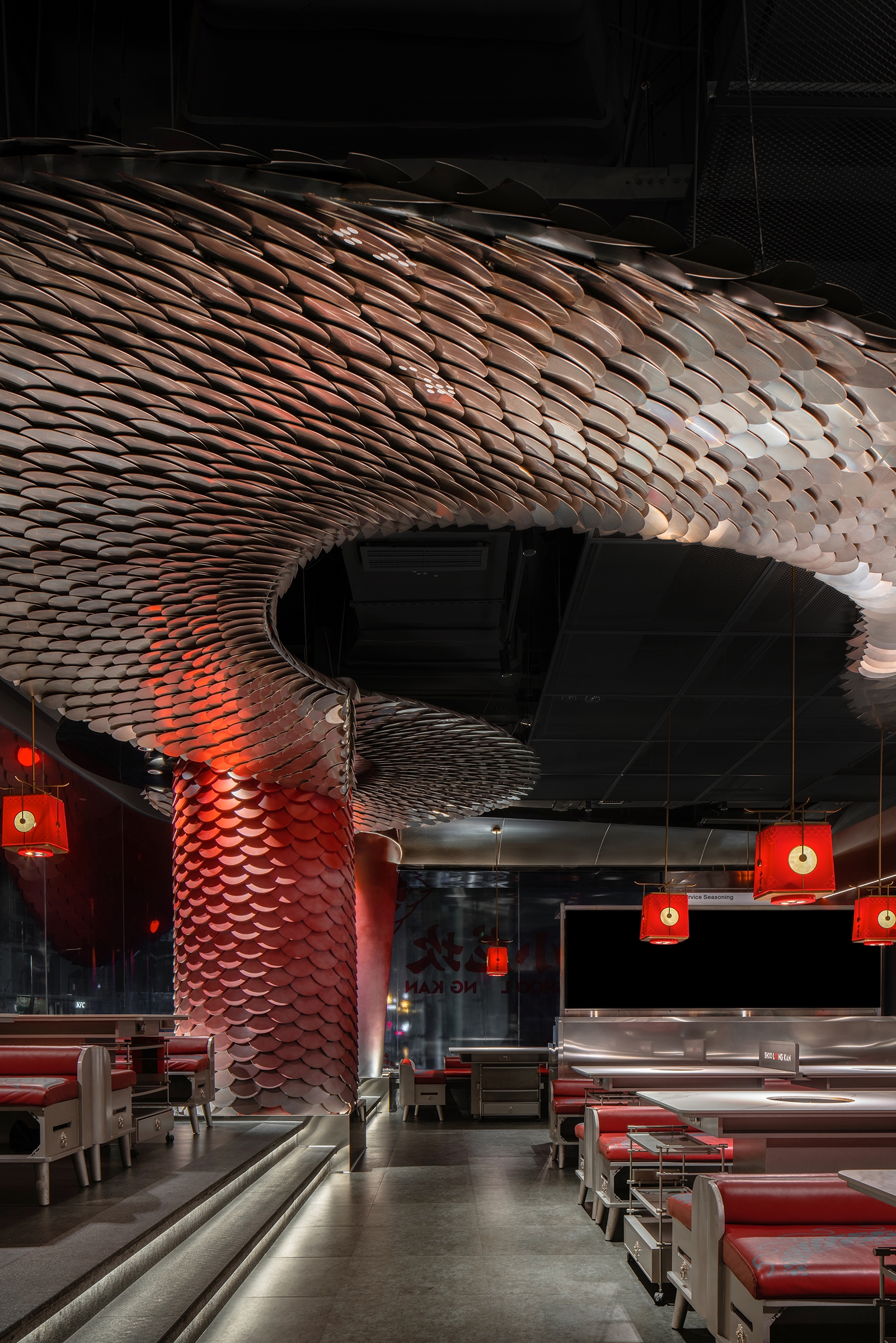 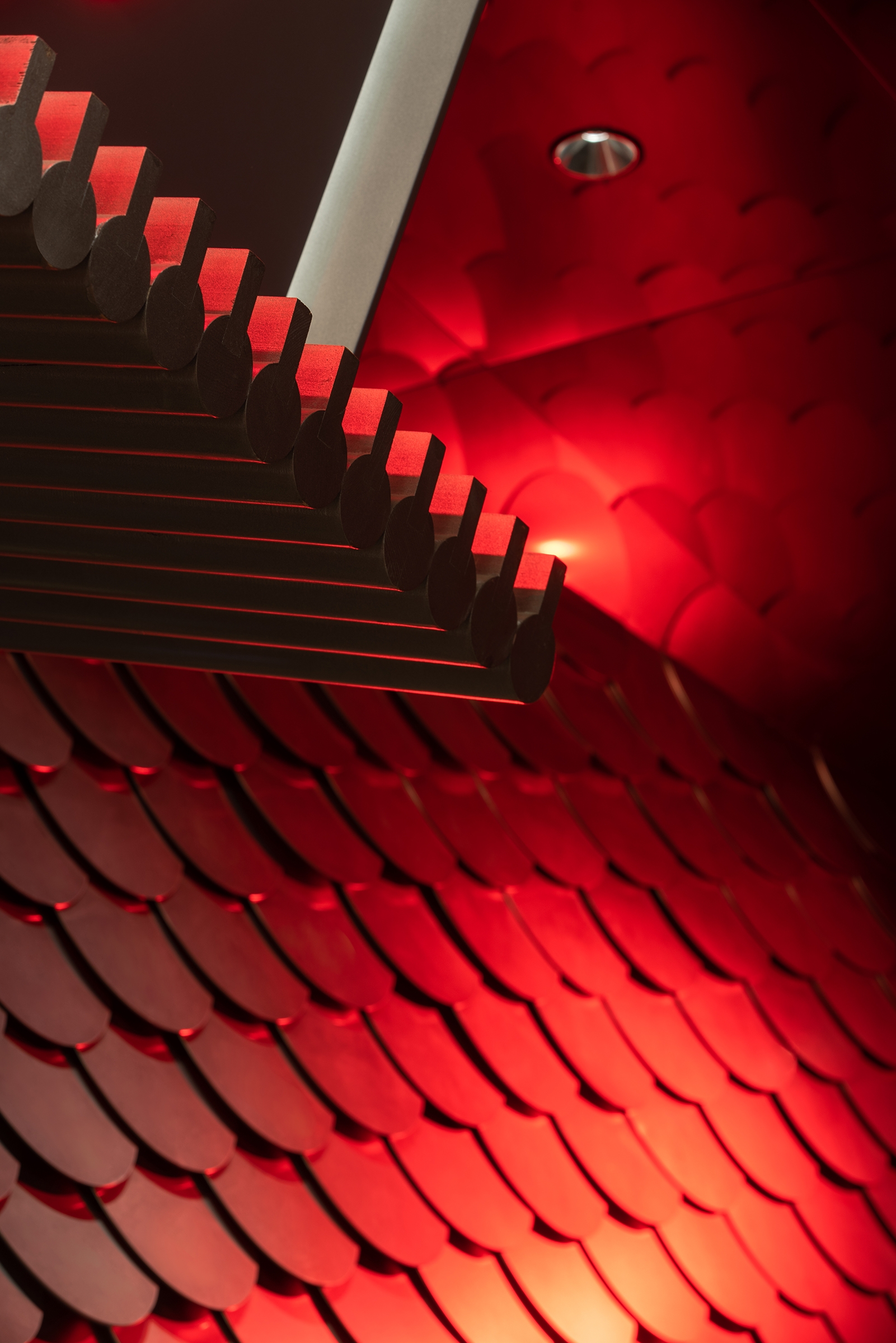 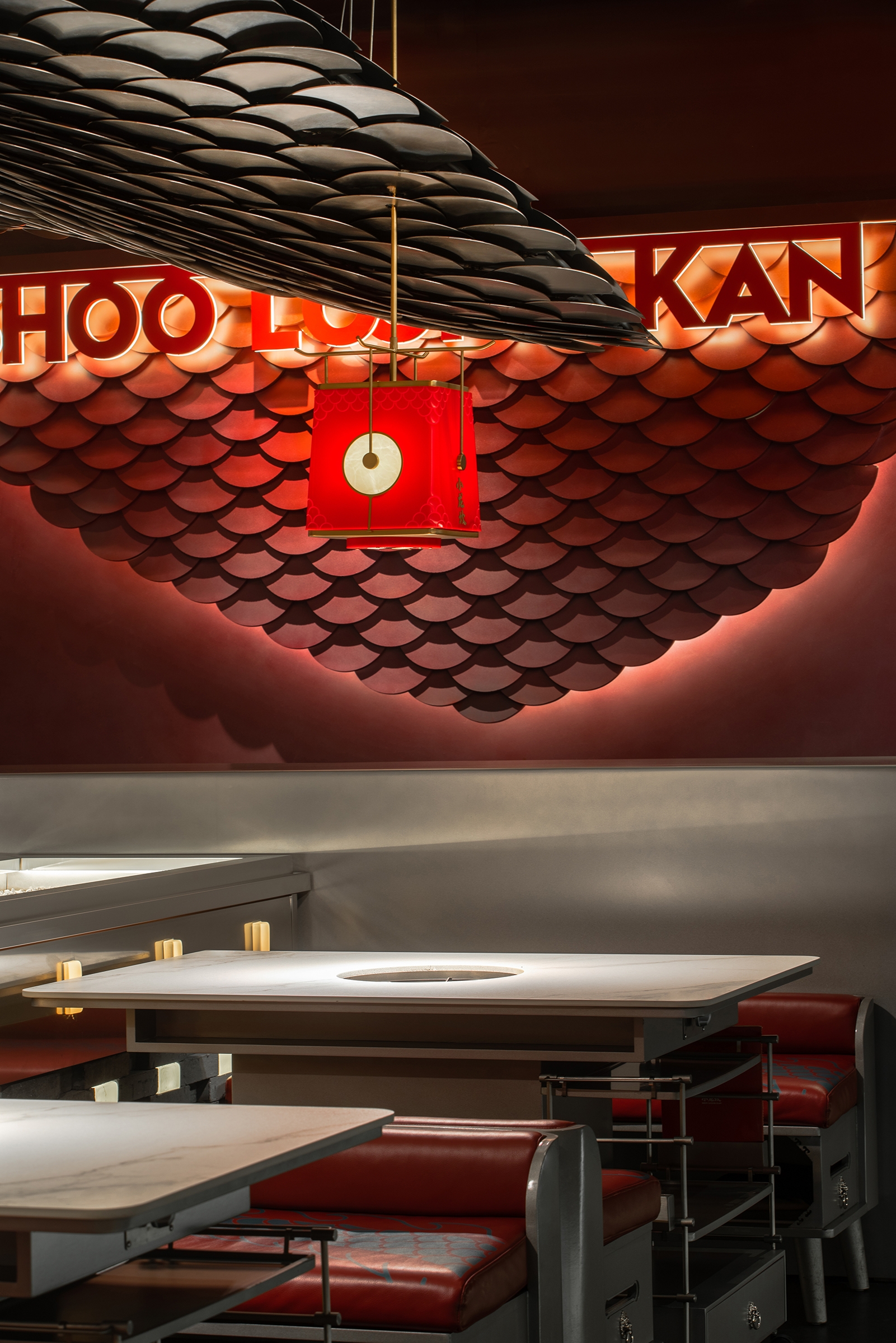 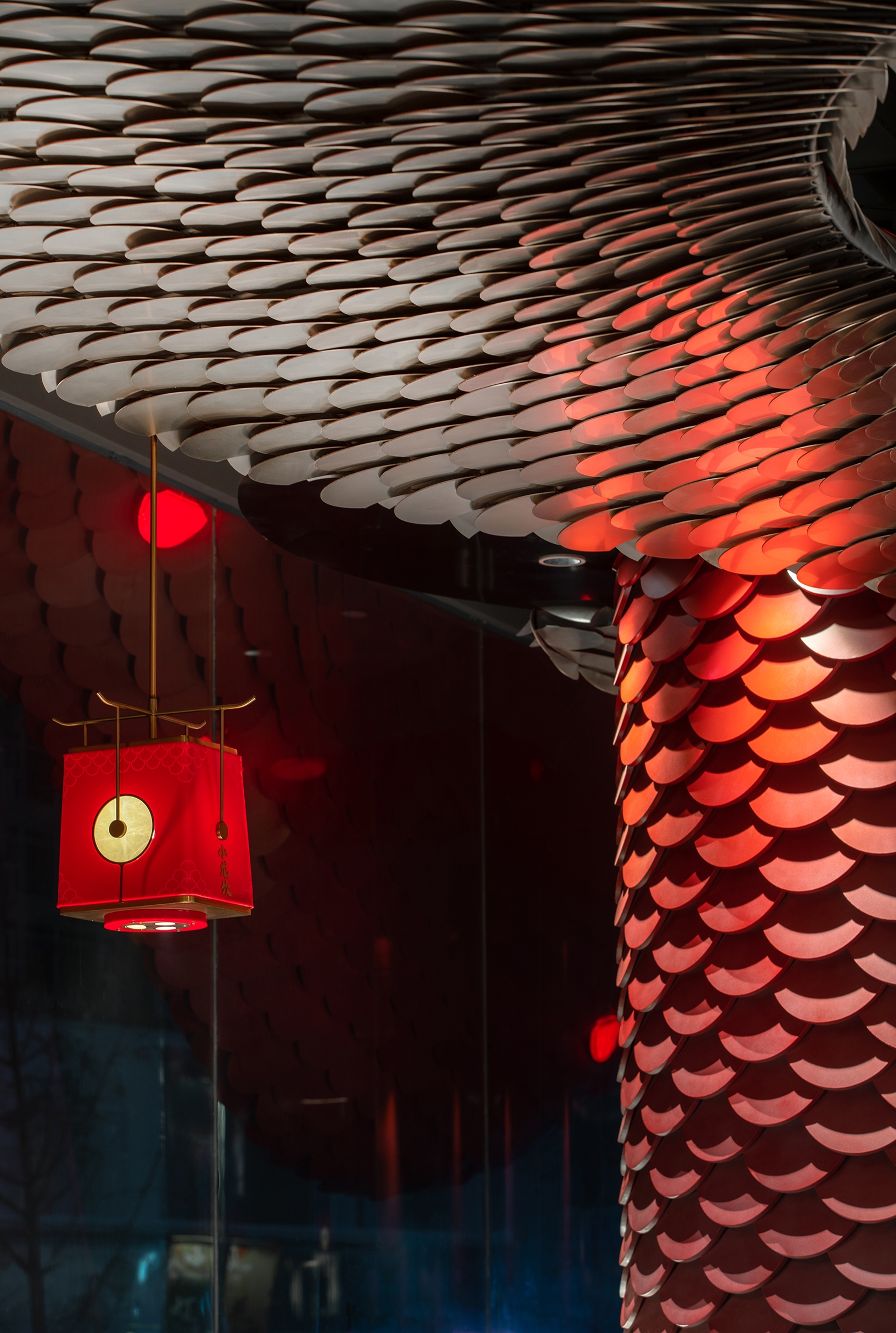 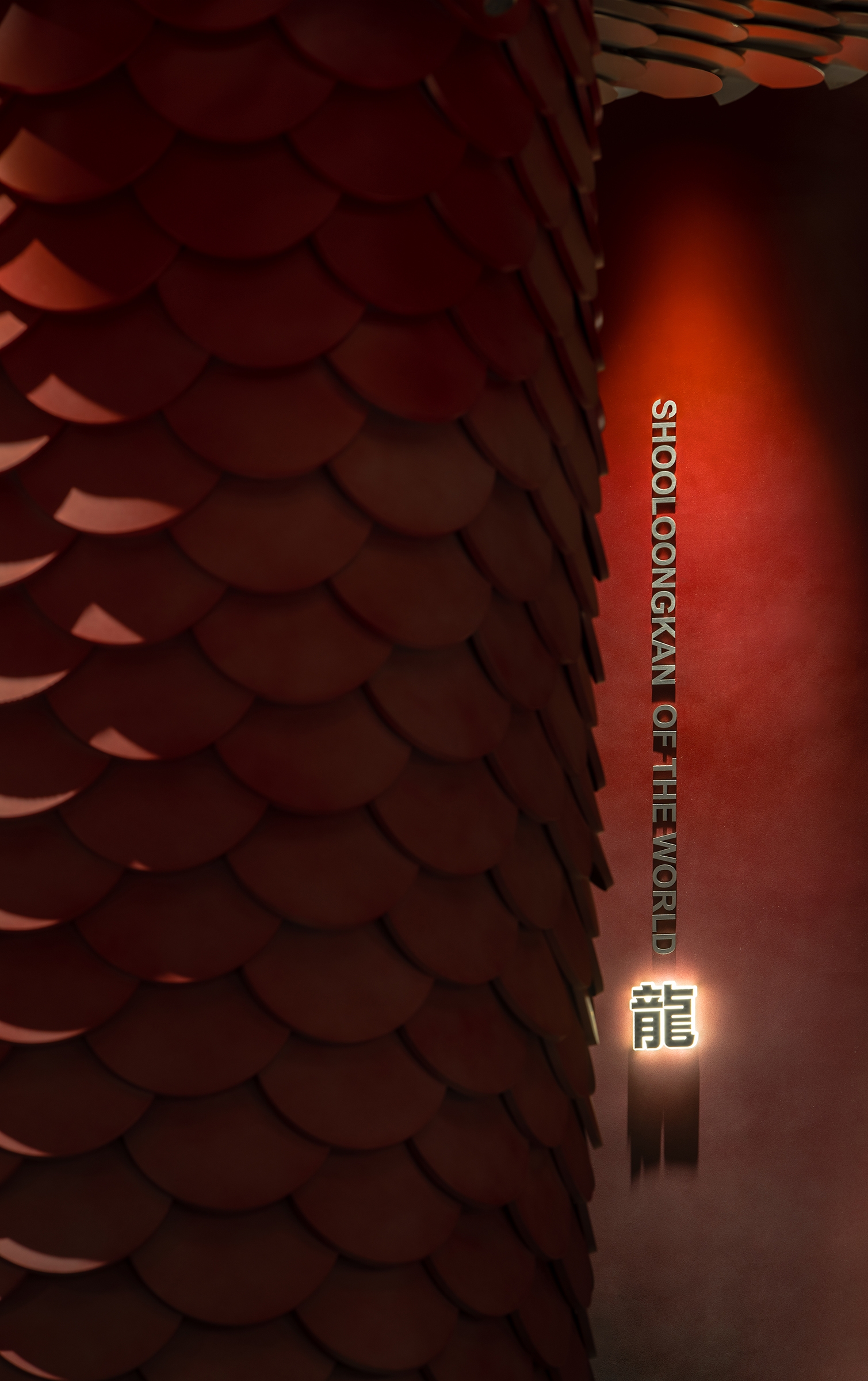 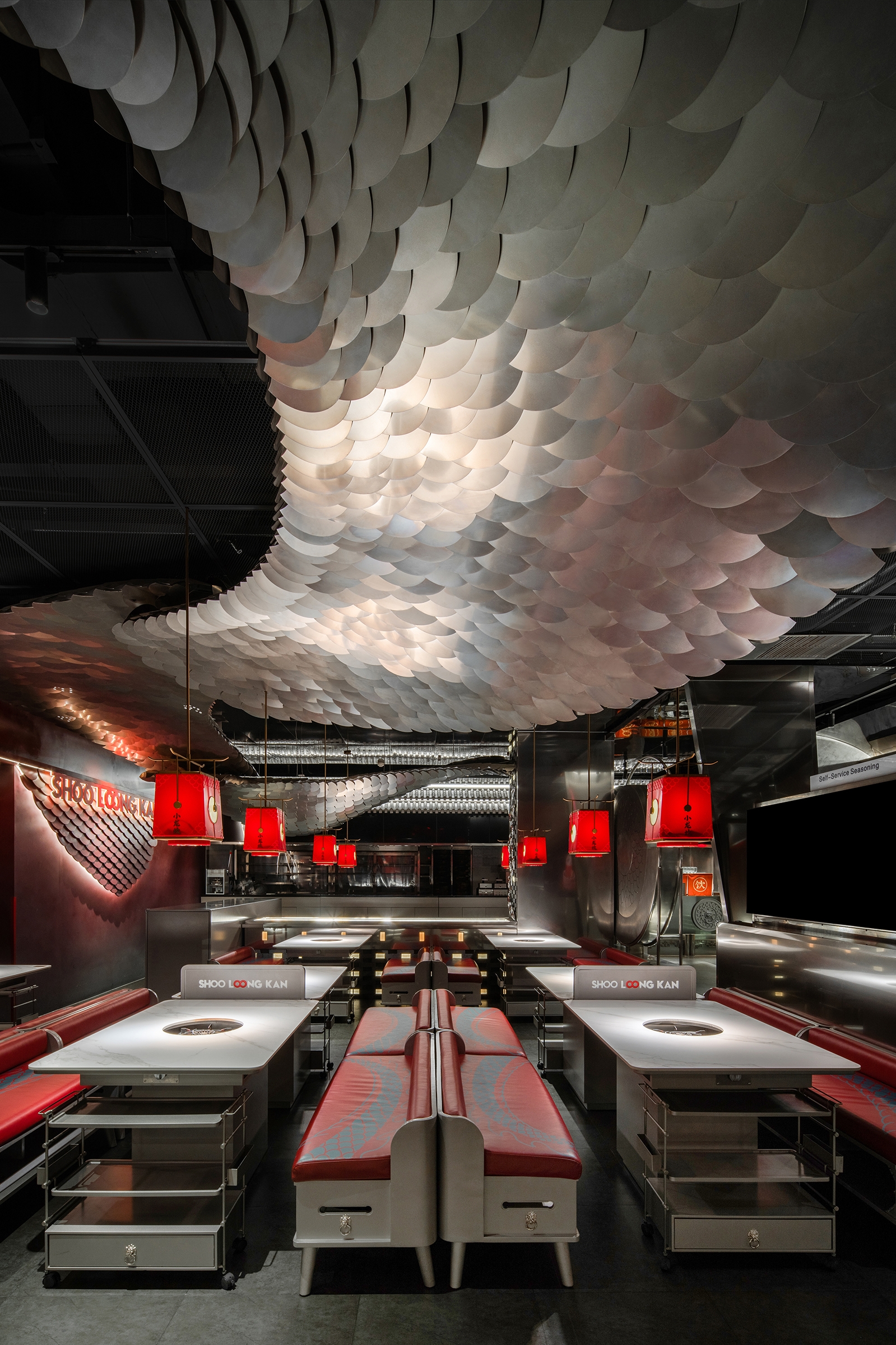 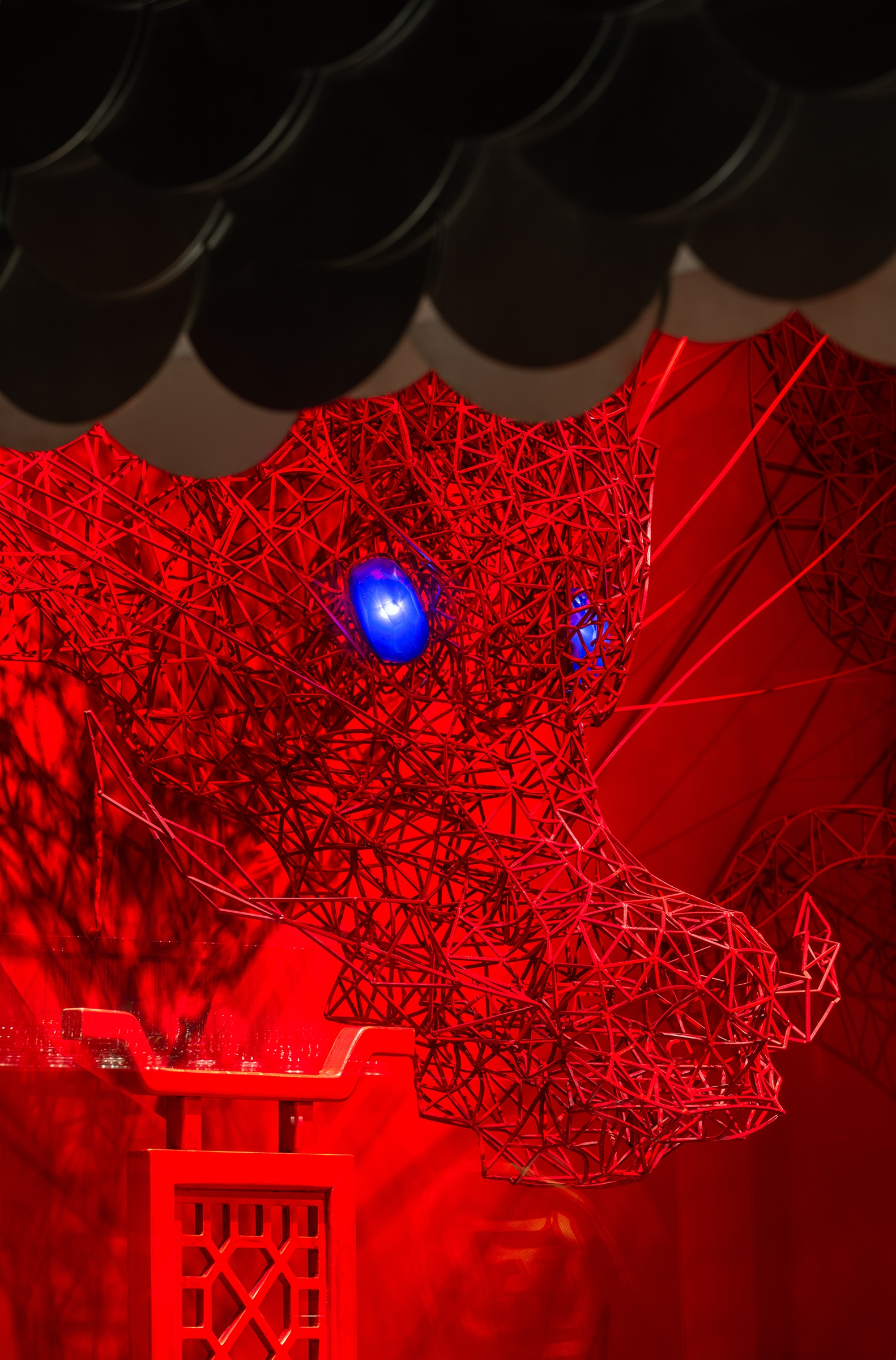 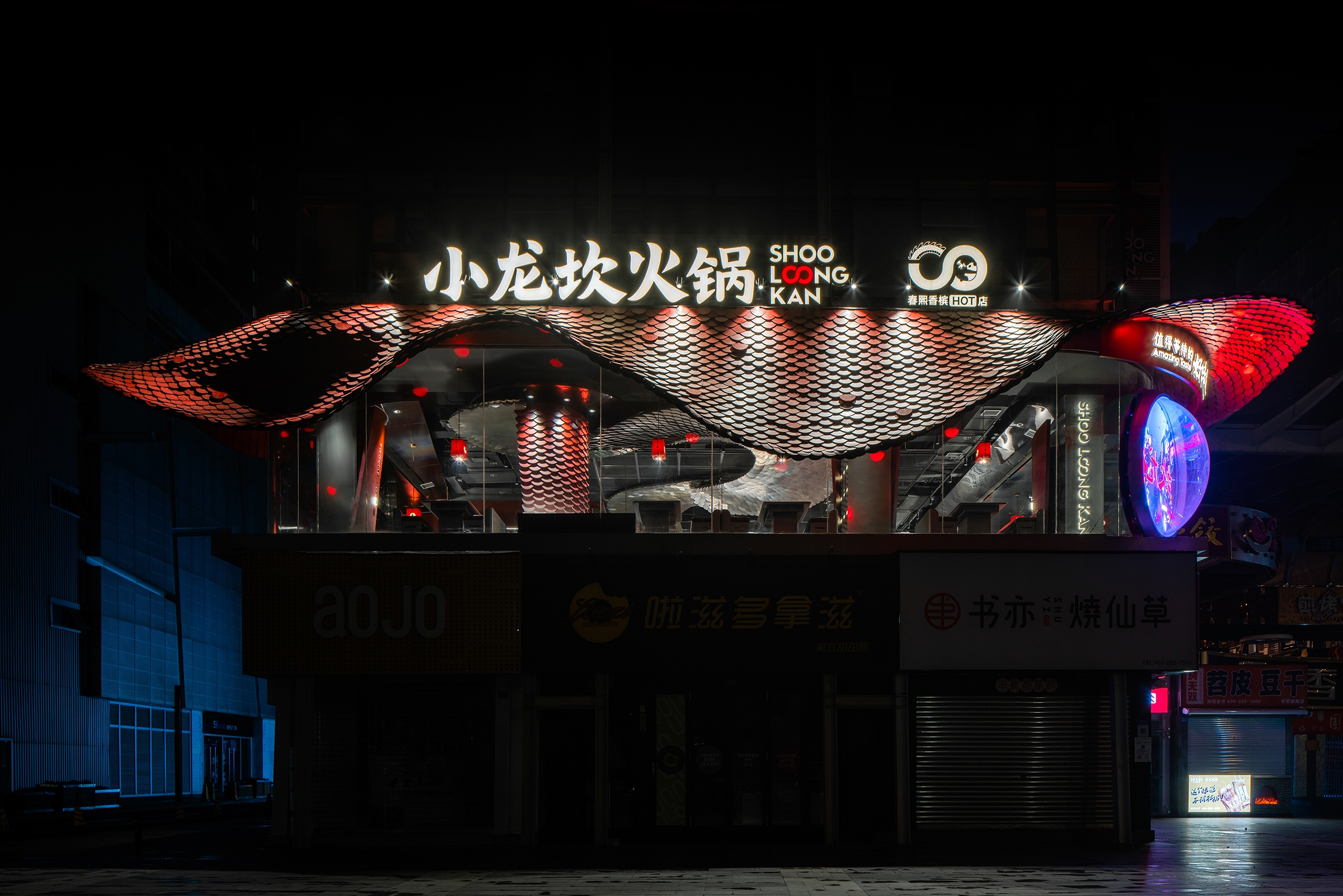