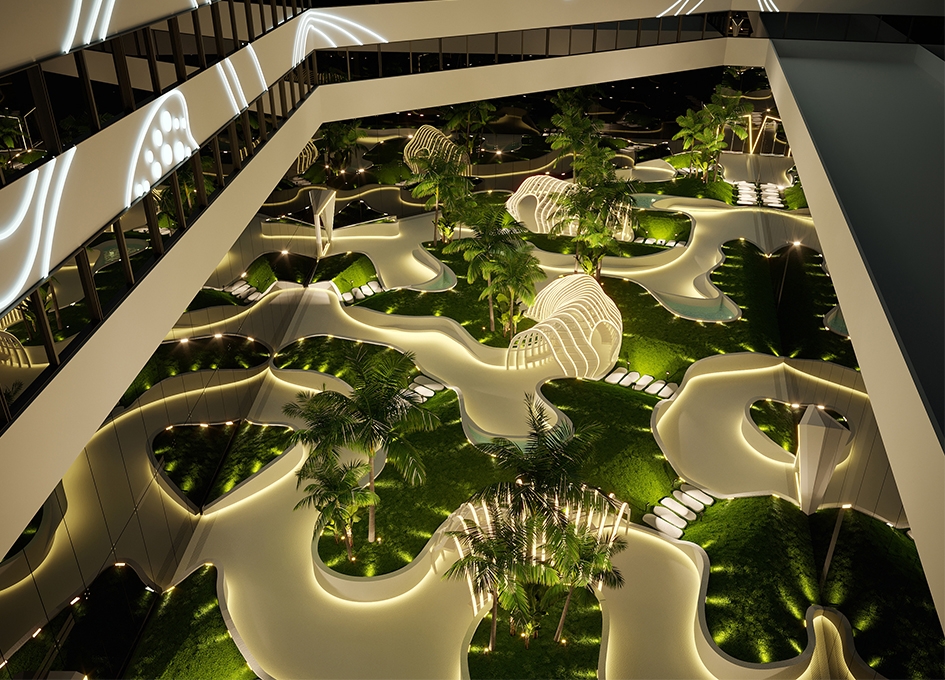 The design of the Mercury hotel garden was taken from the world under the sea such as corals and amazing fishes which are the first things that appear in your eyes while your fit touches the Persian gulf water on the beach around Kish Island. The goal is to bring a sense of sea calm into the space of the hotel. At night, the lighting of the coral garden reminds the experience of walking on the beach with the view of bioluminescence coastal creatures that are found in the sea line of the Persian Gulf. 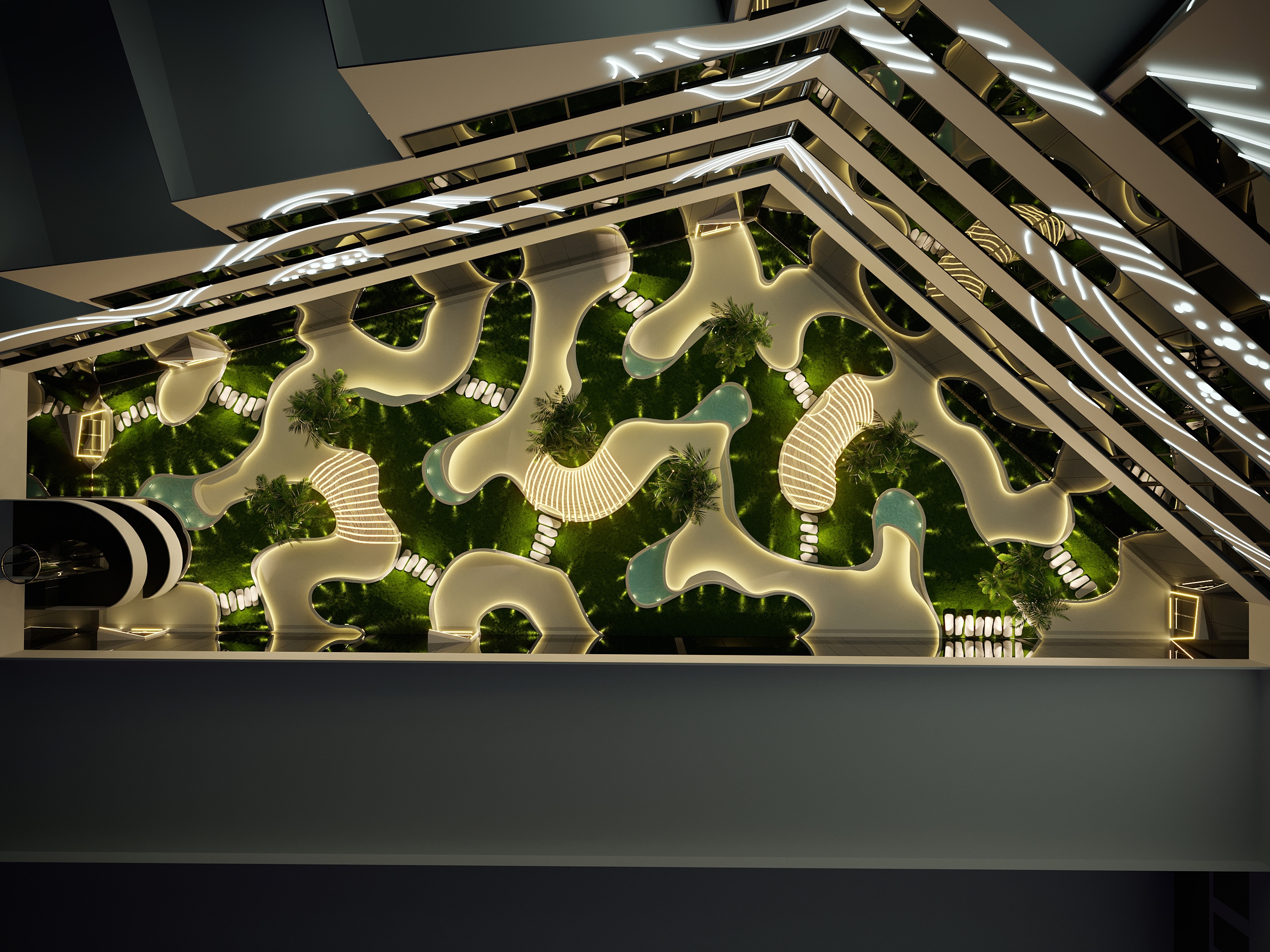 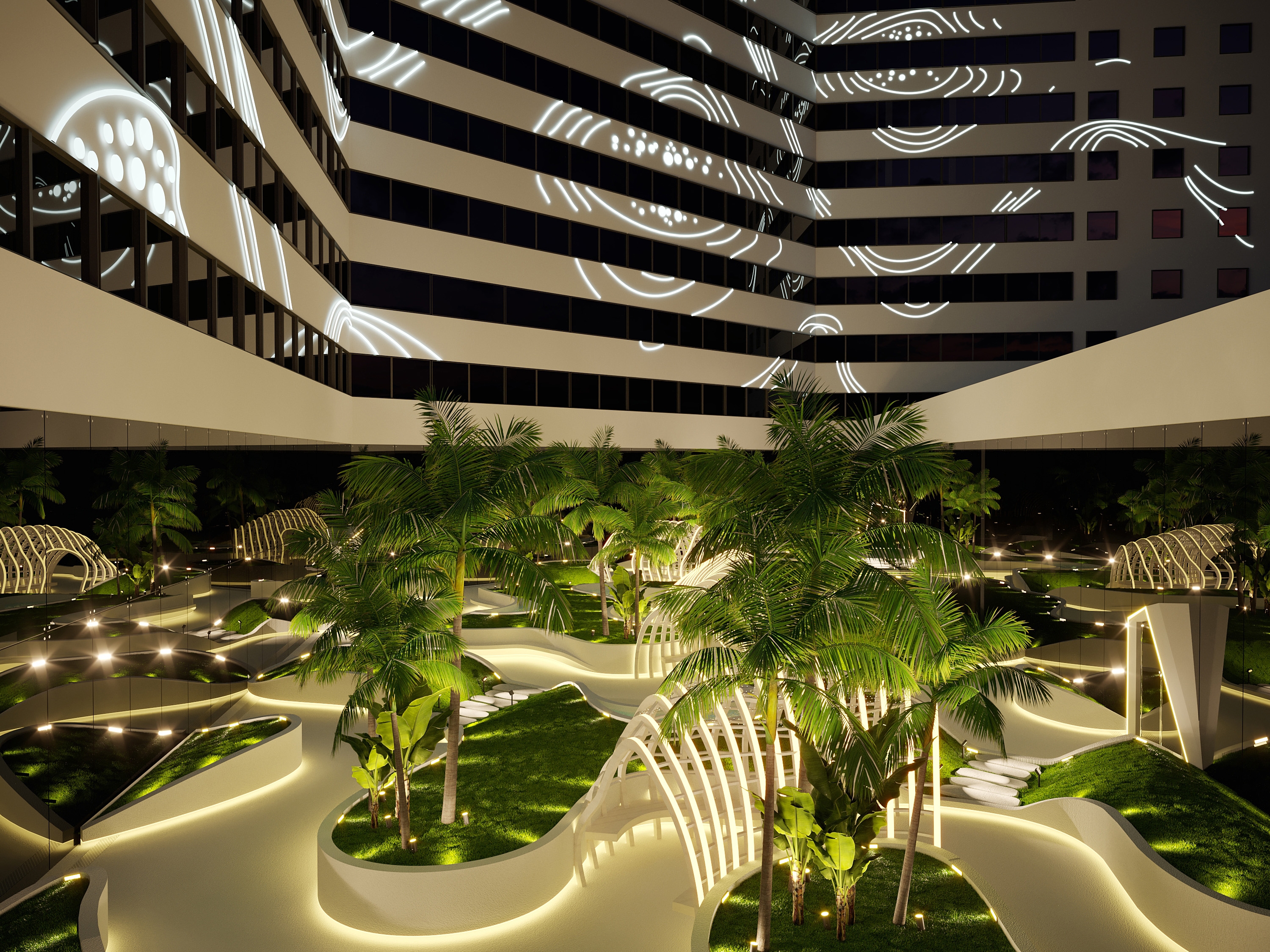 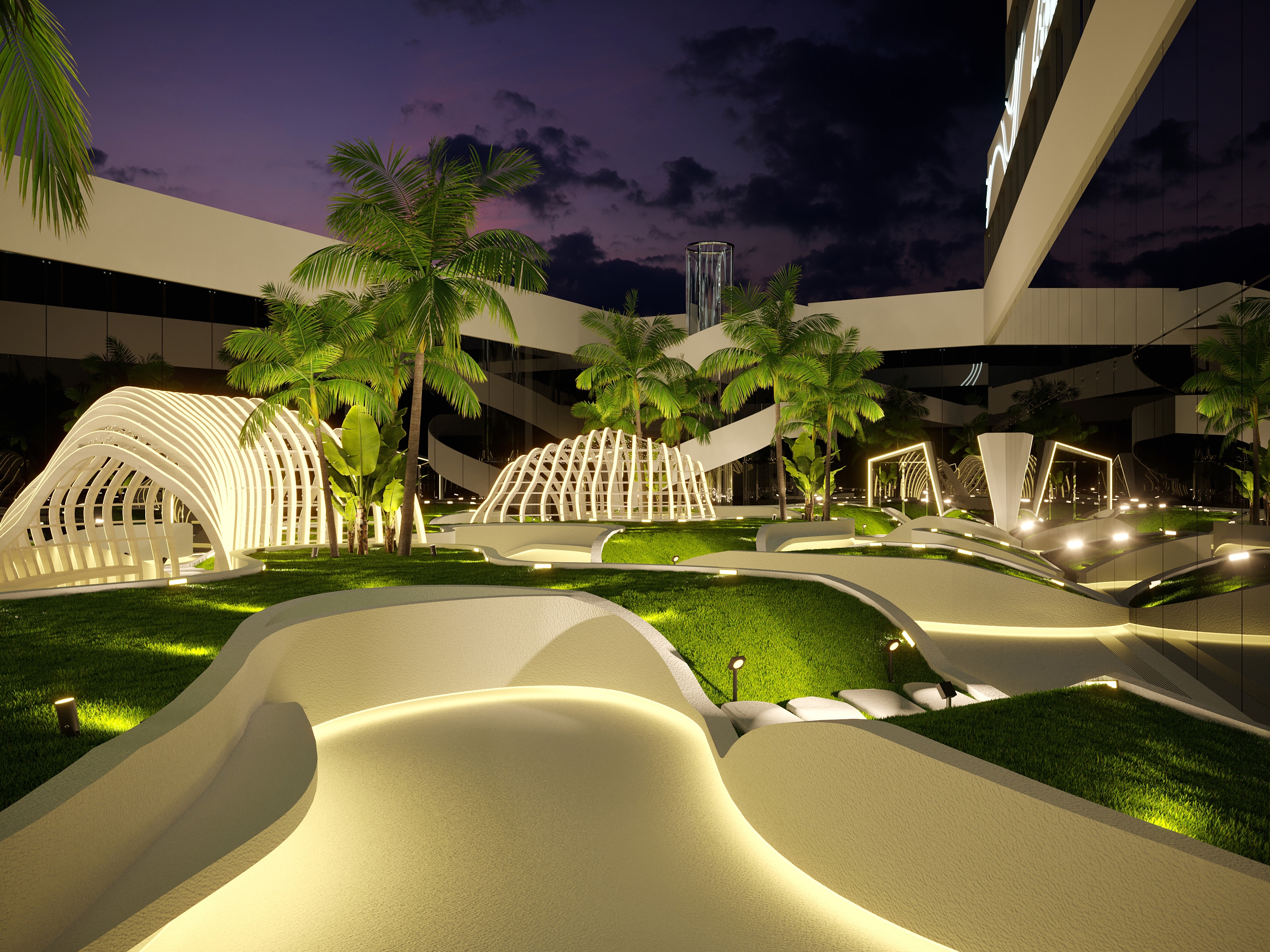 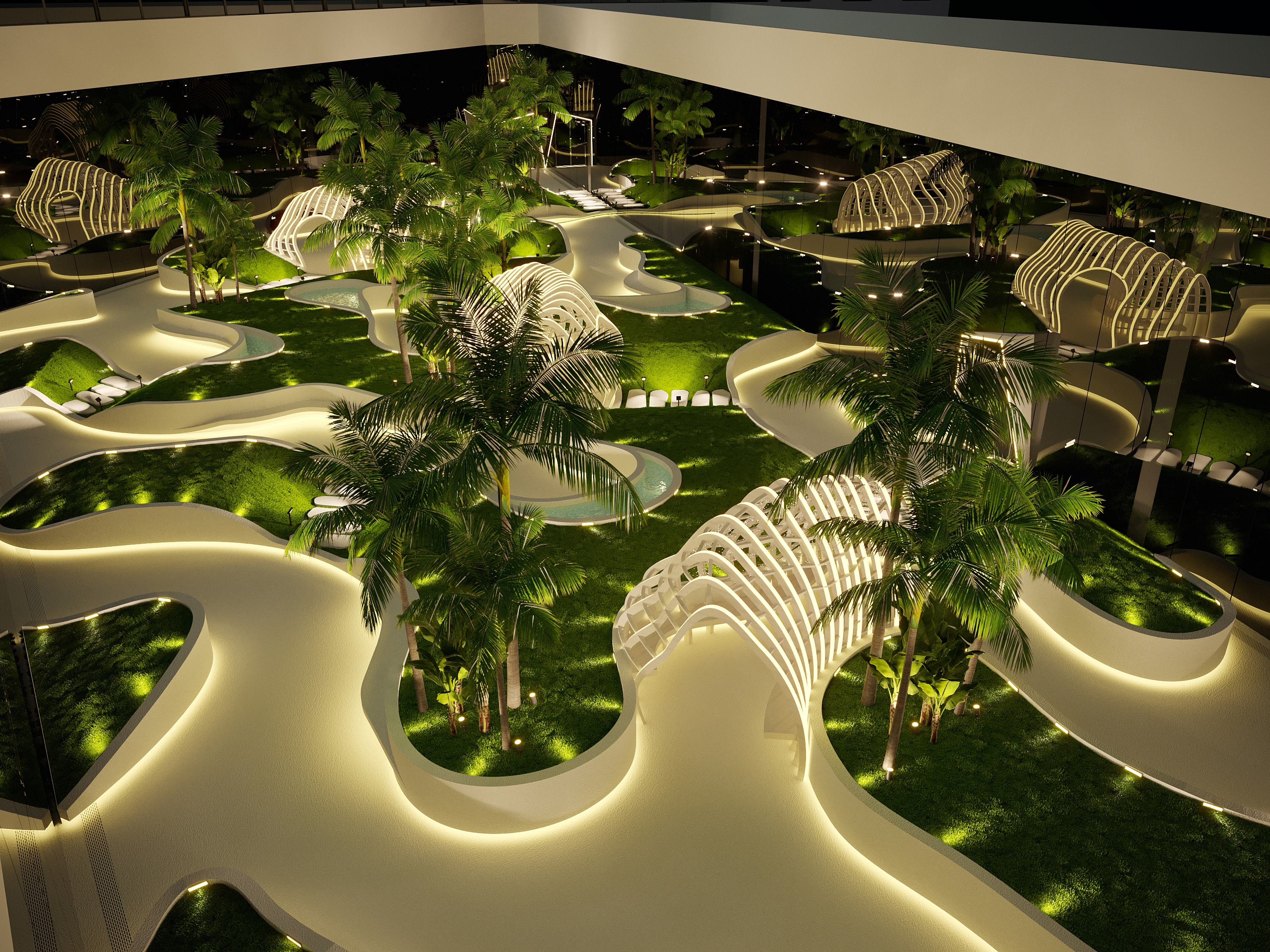 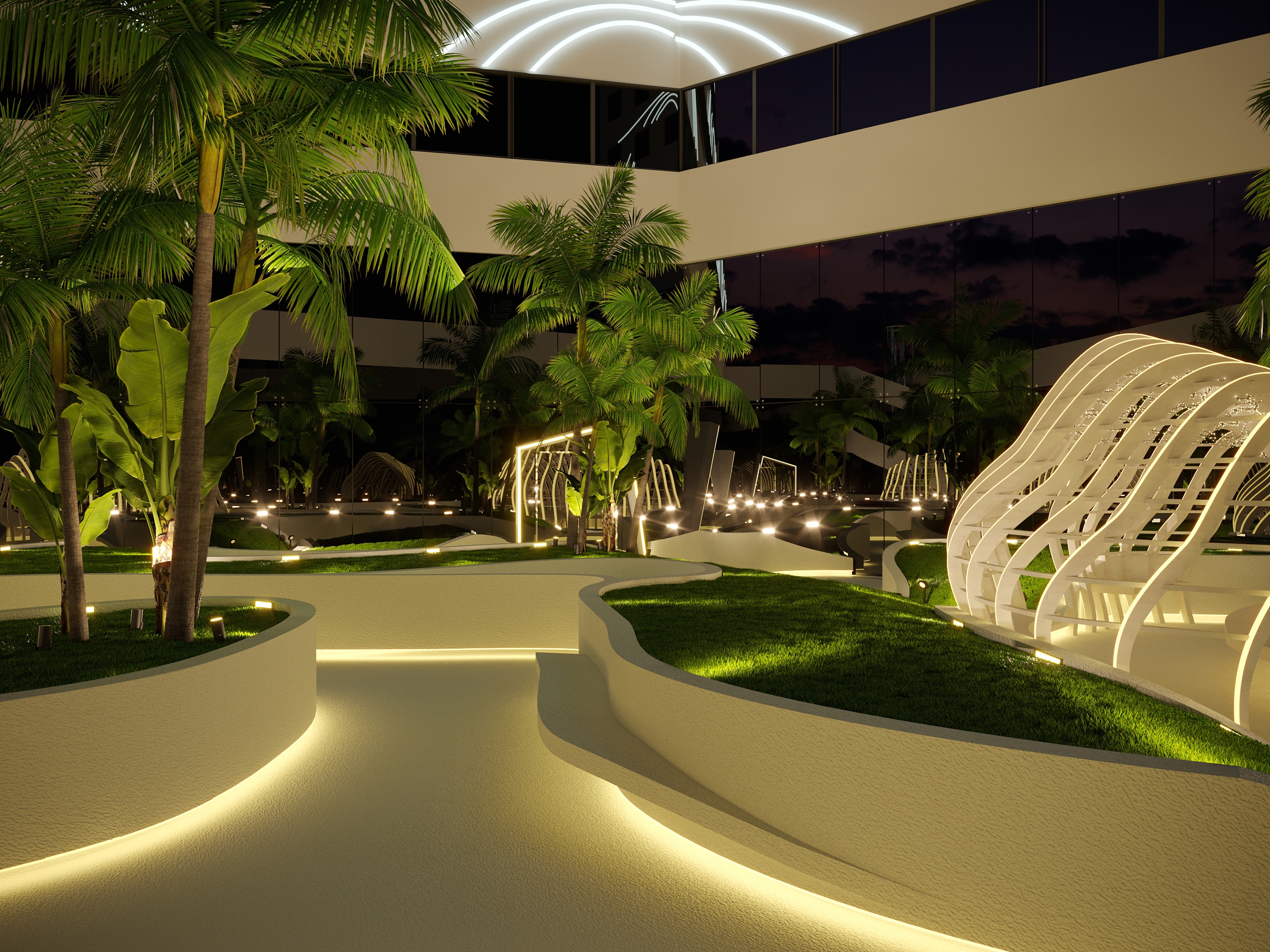