Report on the Reconstruction of the Malbork Castle 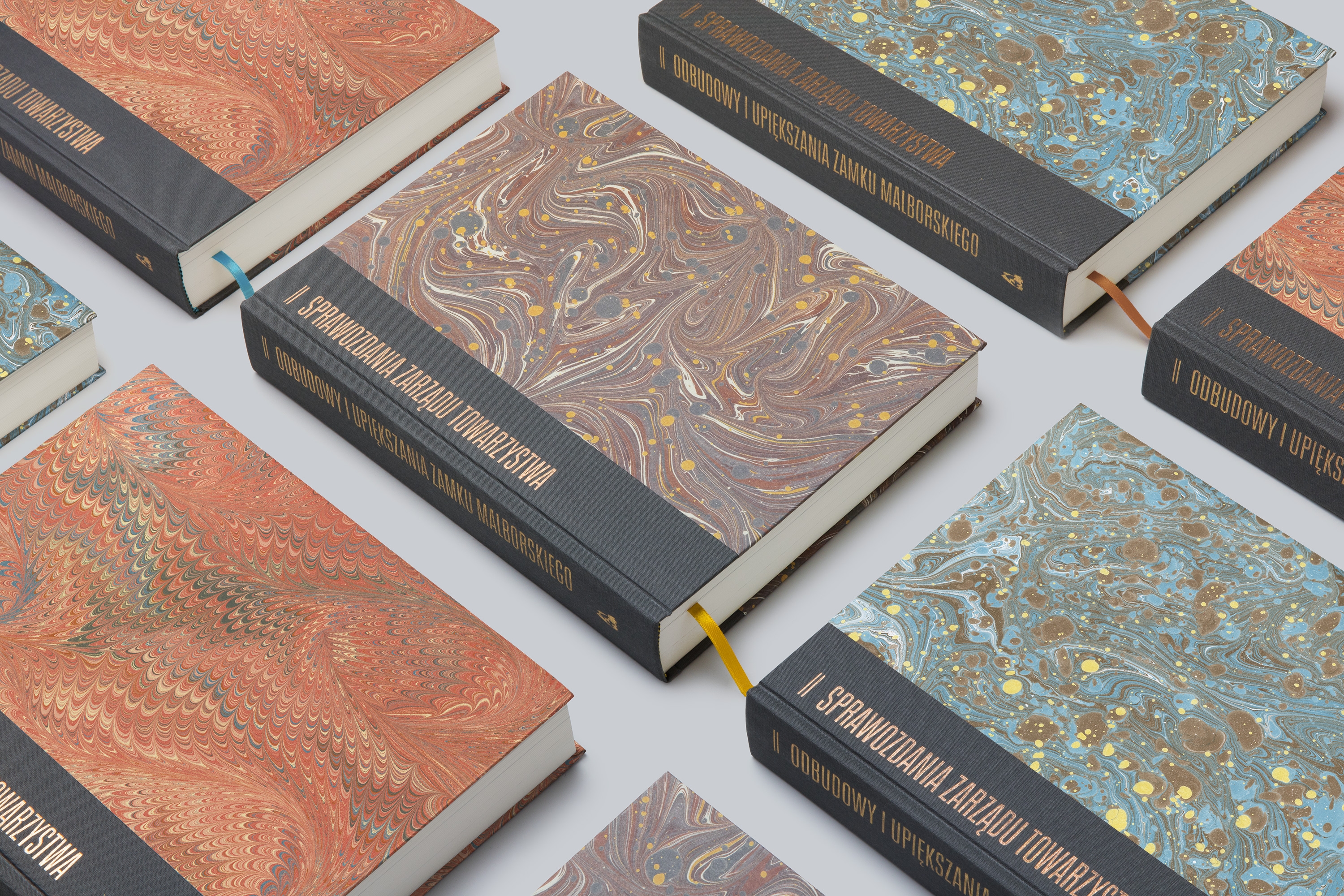 The Society for the Reconstruction of the Malbork Castle activated in the 19th century. Now the Museum published its reports about the renovation, dated 1890–1940, with historical essays in one book. The design balances the original look of the reports with a modern, consistent design. Nods to the original publications include German typefaces from the early 20th century, table designs and ornaments inspired by the original ones. These are, however, used in a modern way. In a direct reference the book is bound in marbled paper with canvas, the title printed in gold foil, with 3 cover variants. 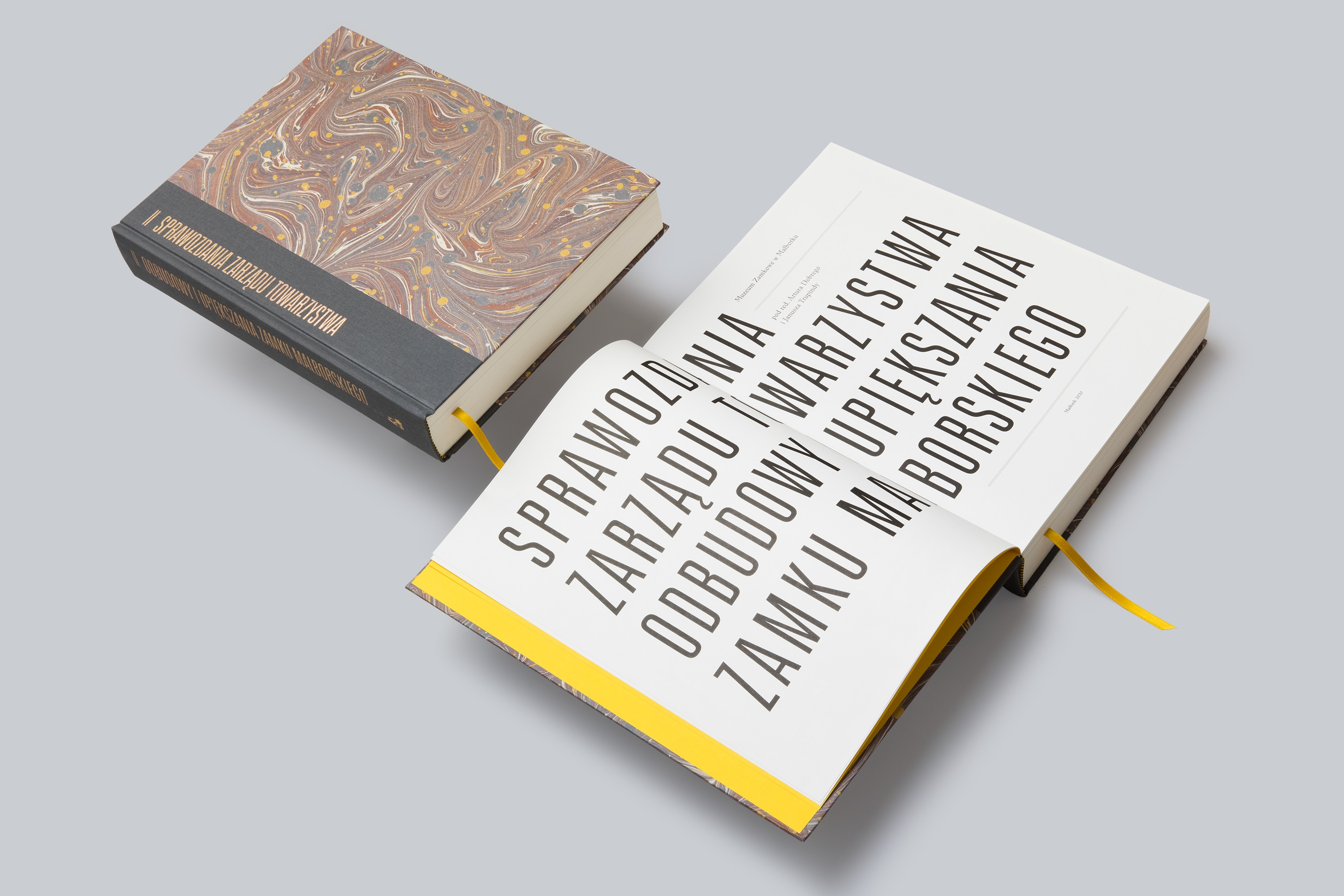 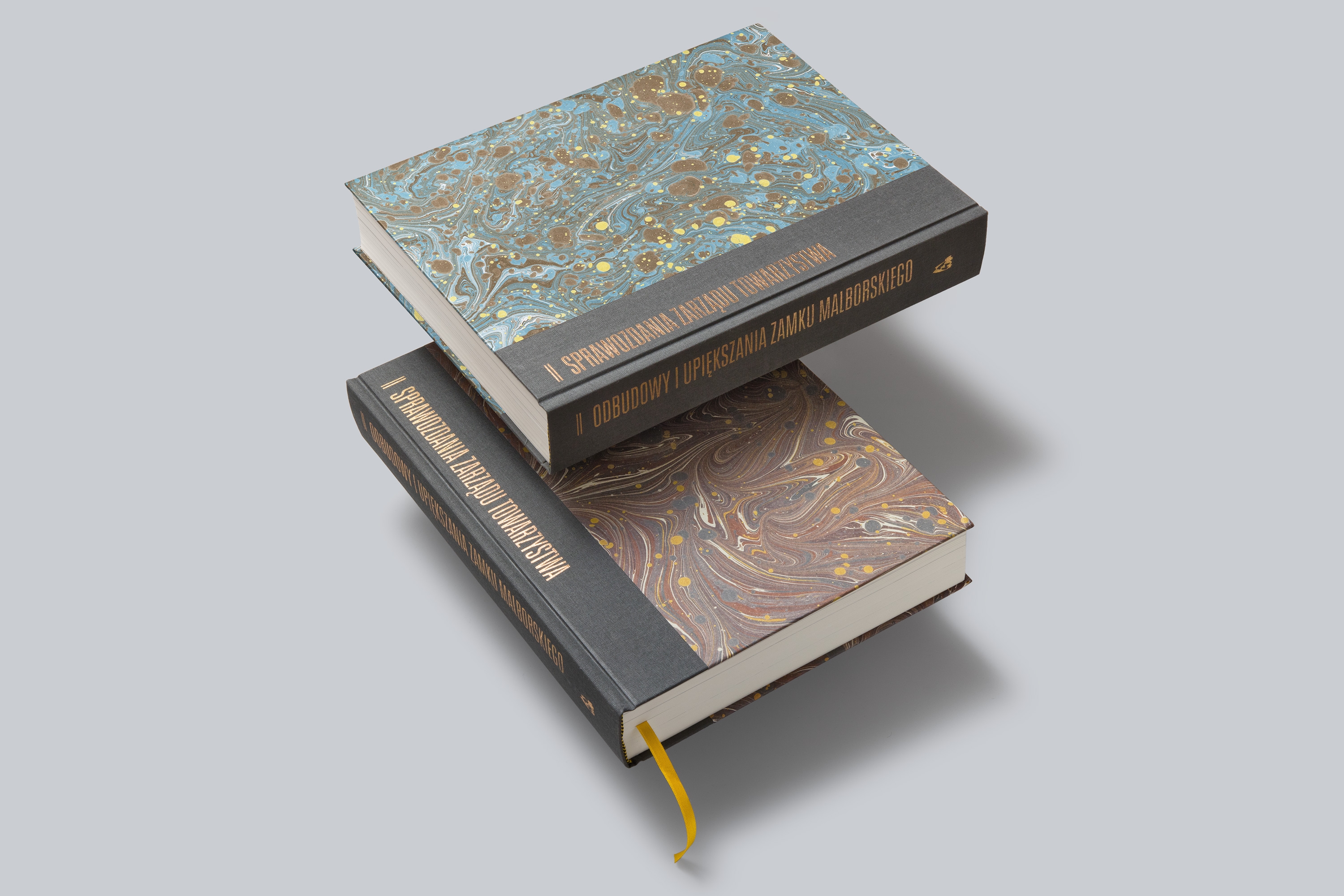 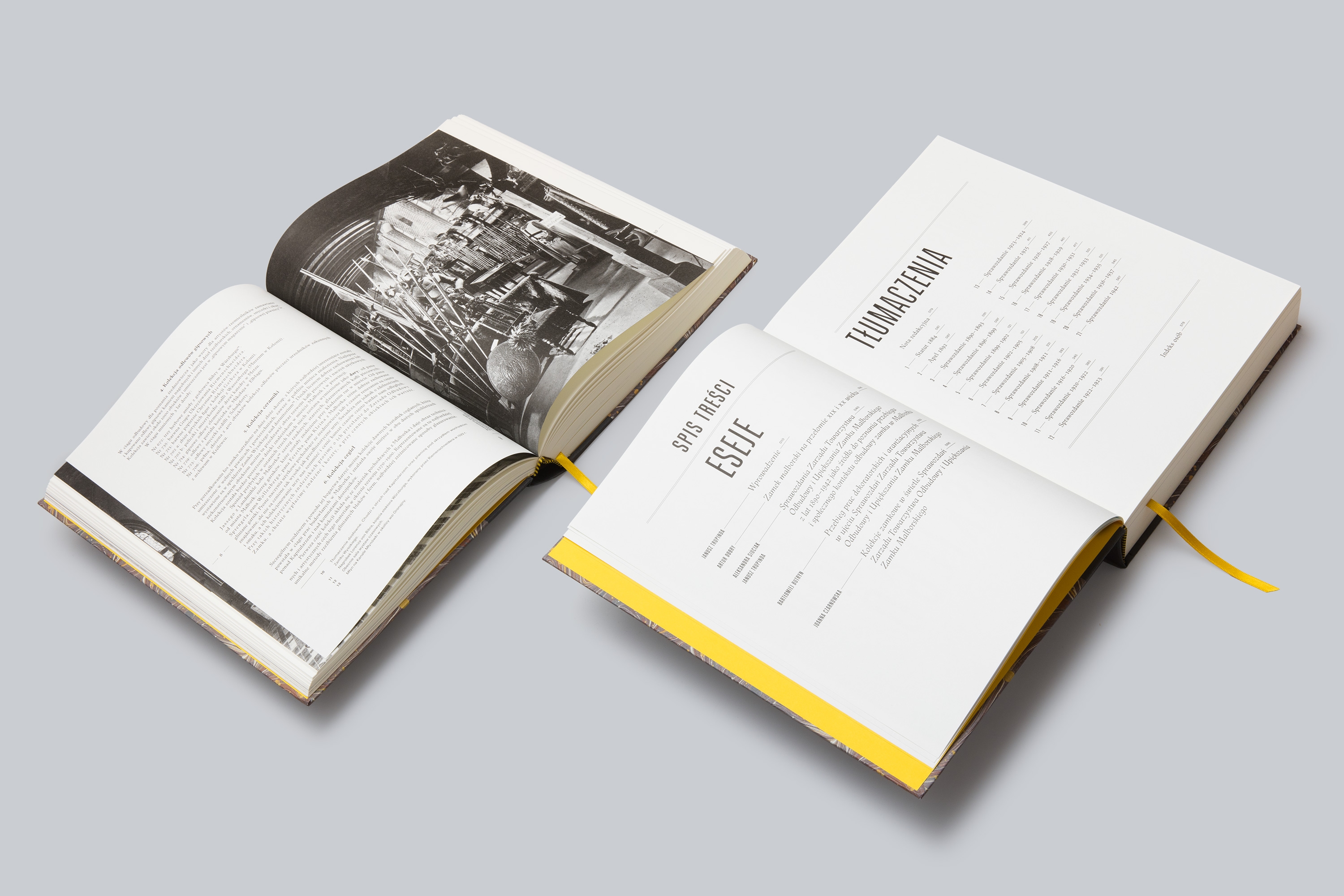 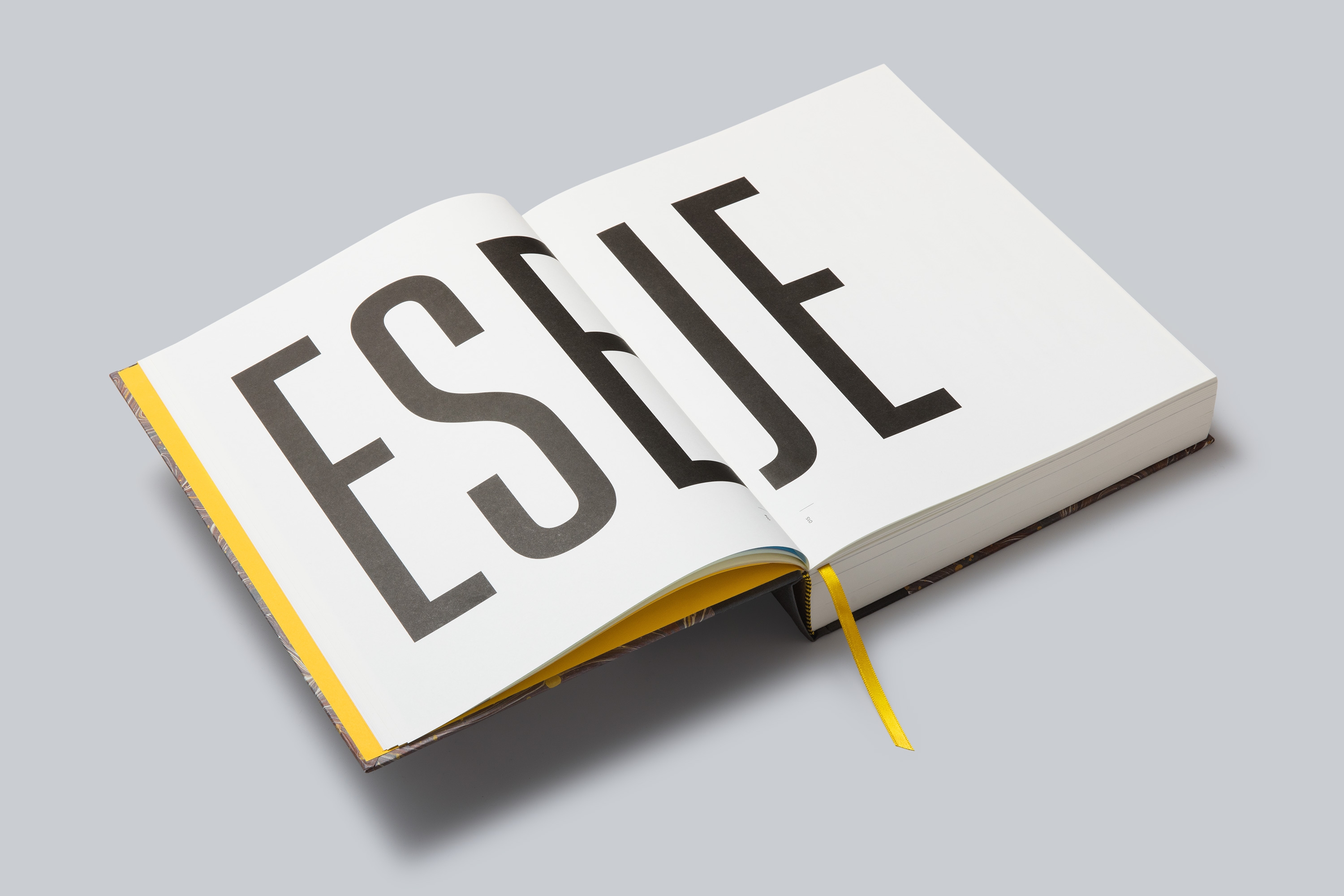 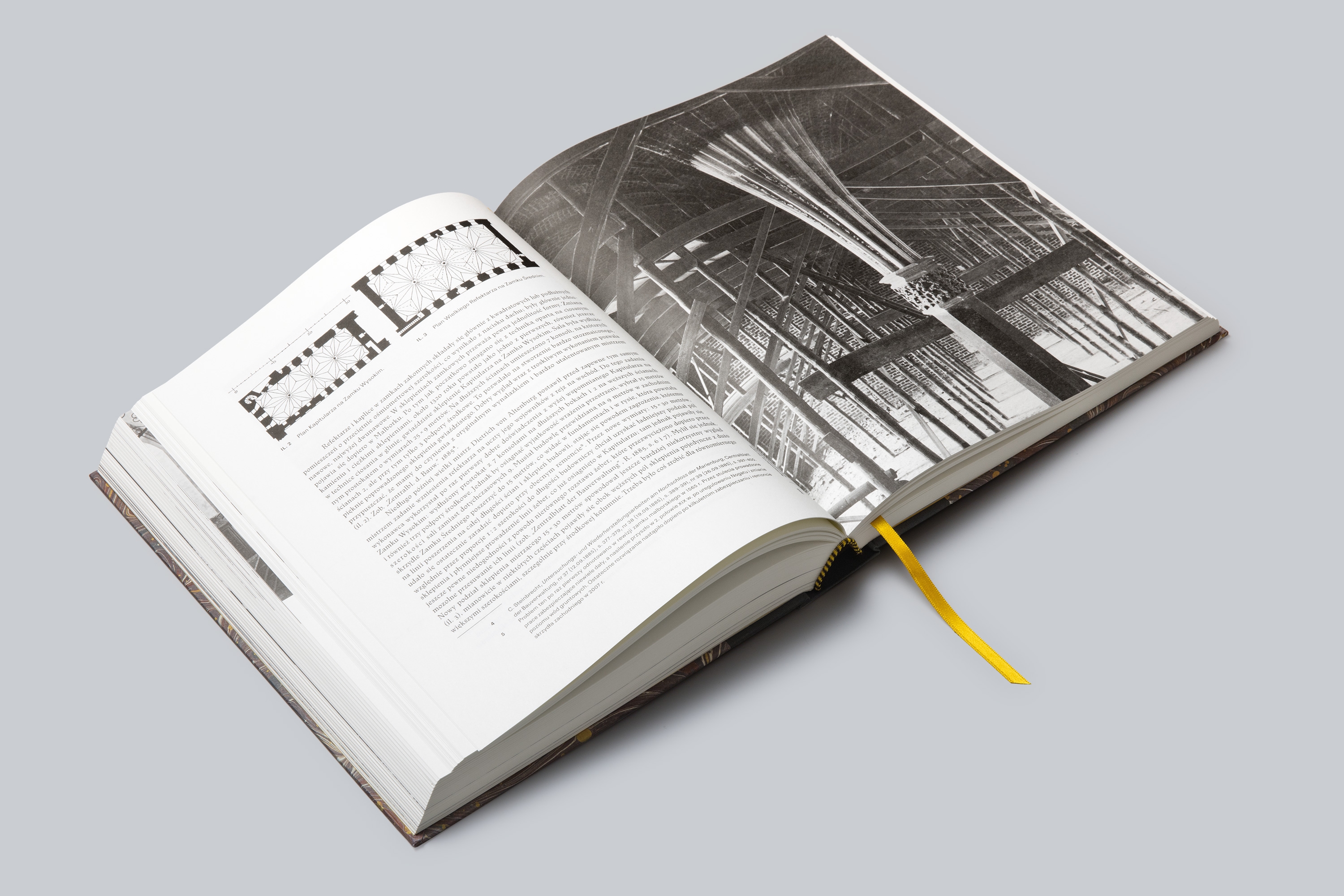 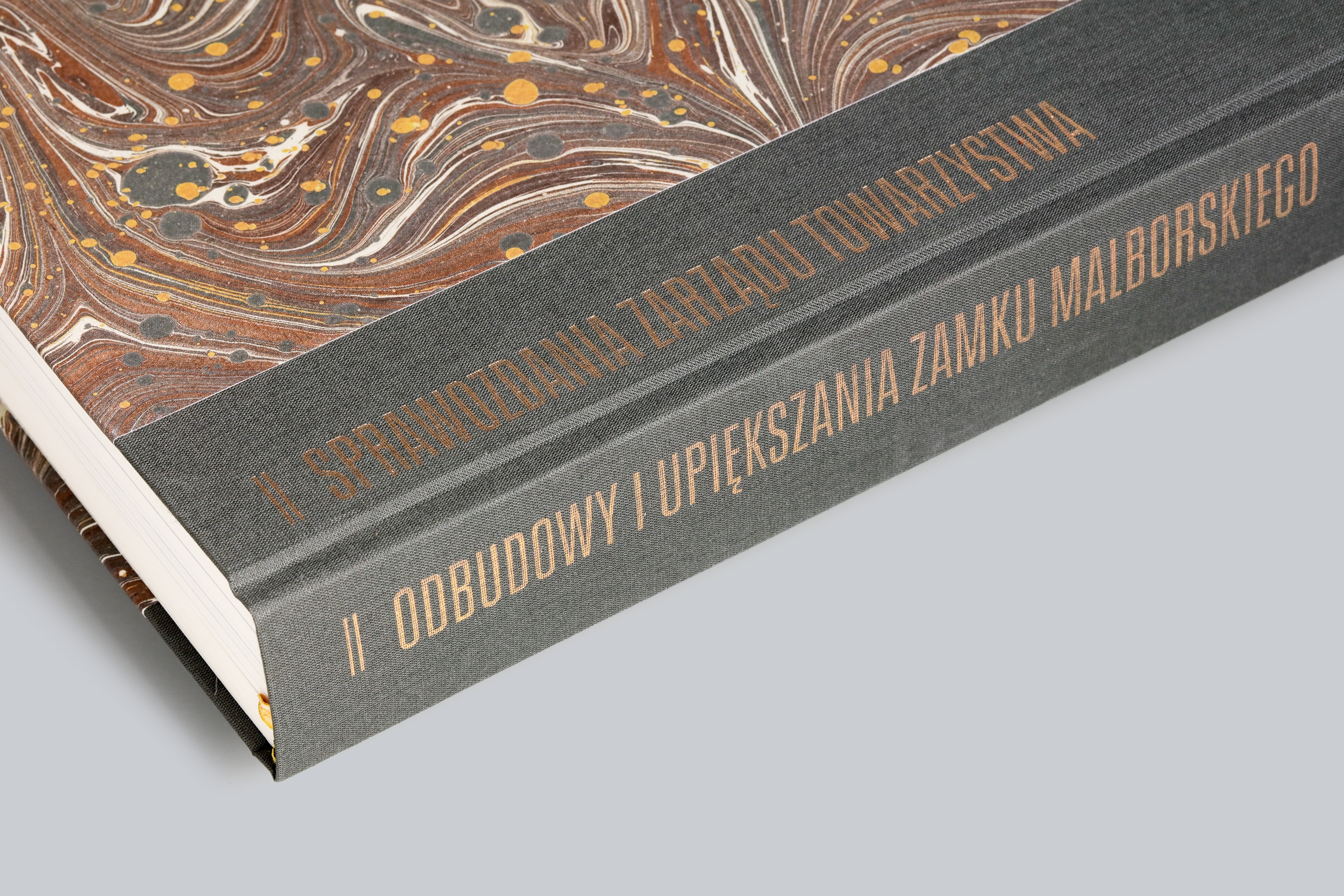 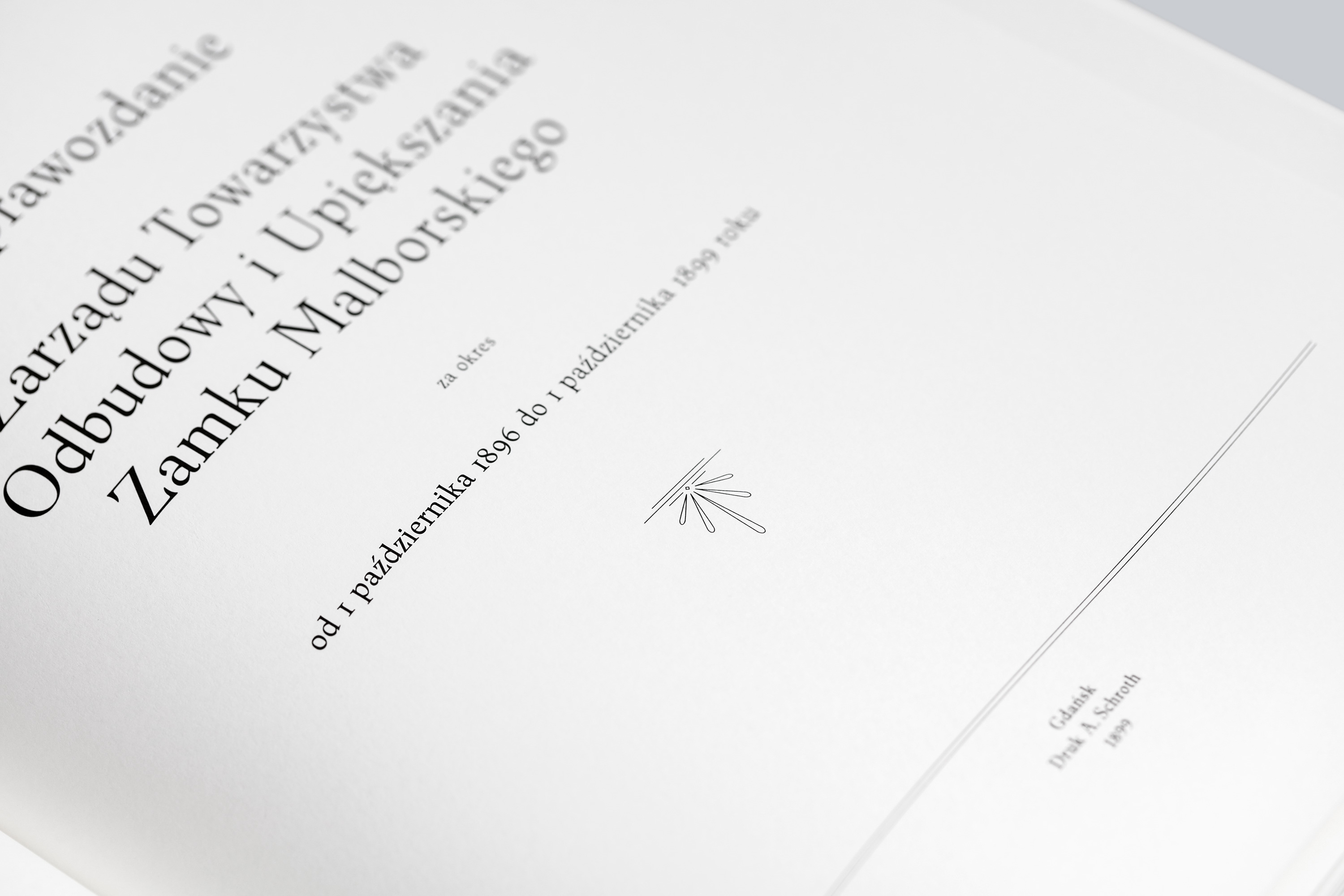 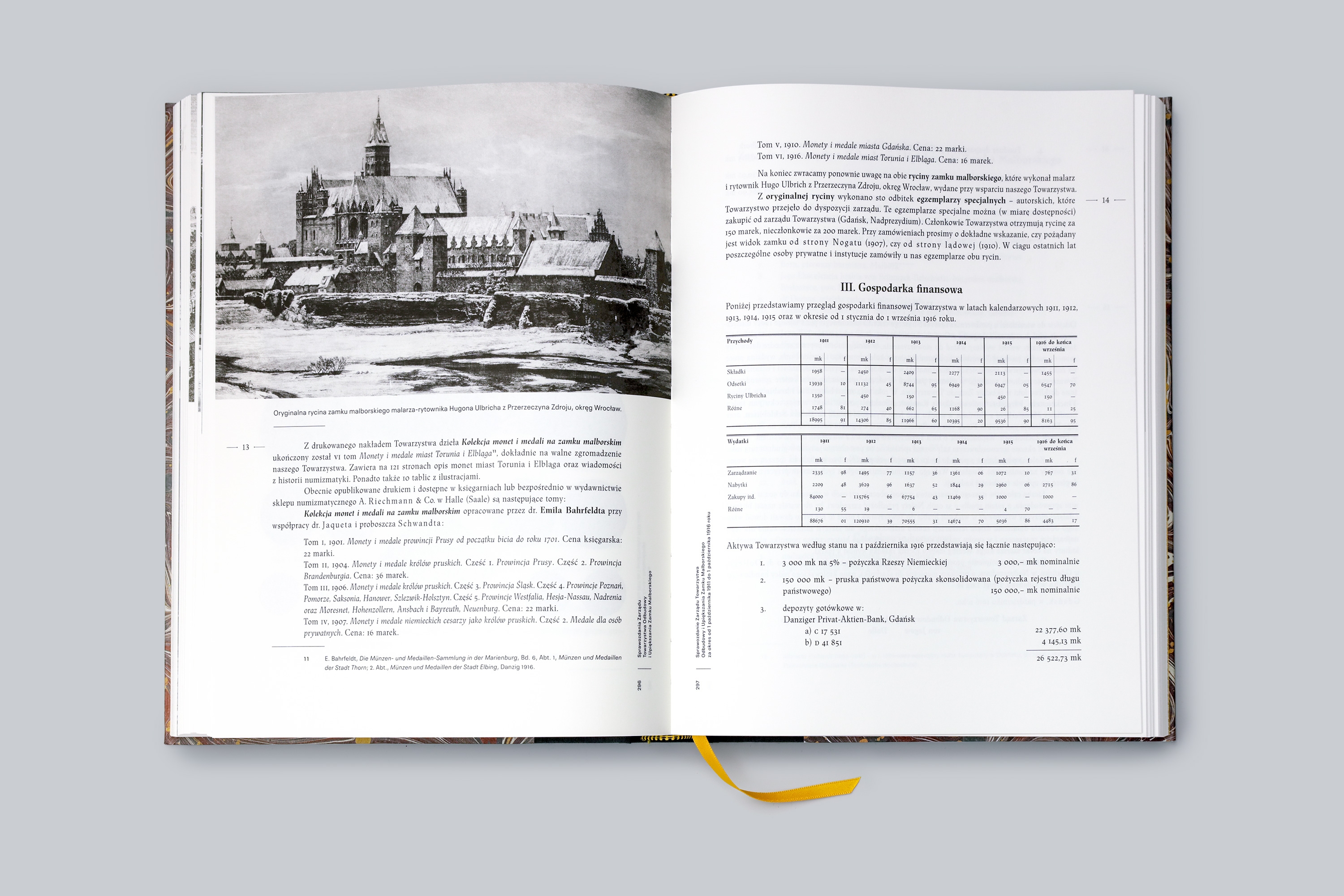 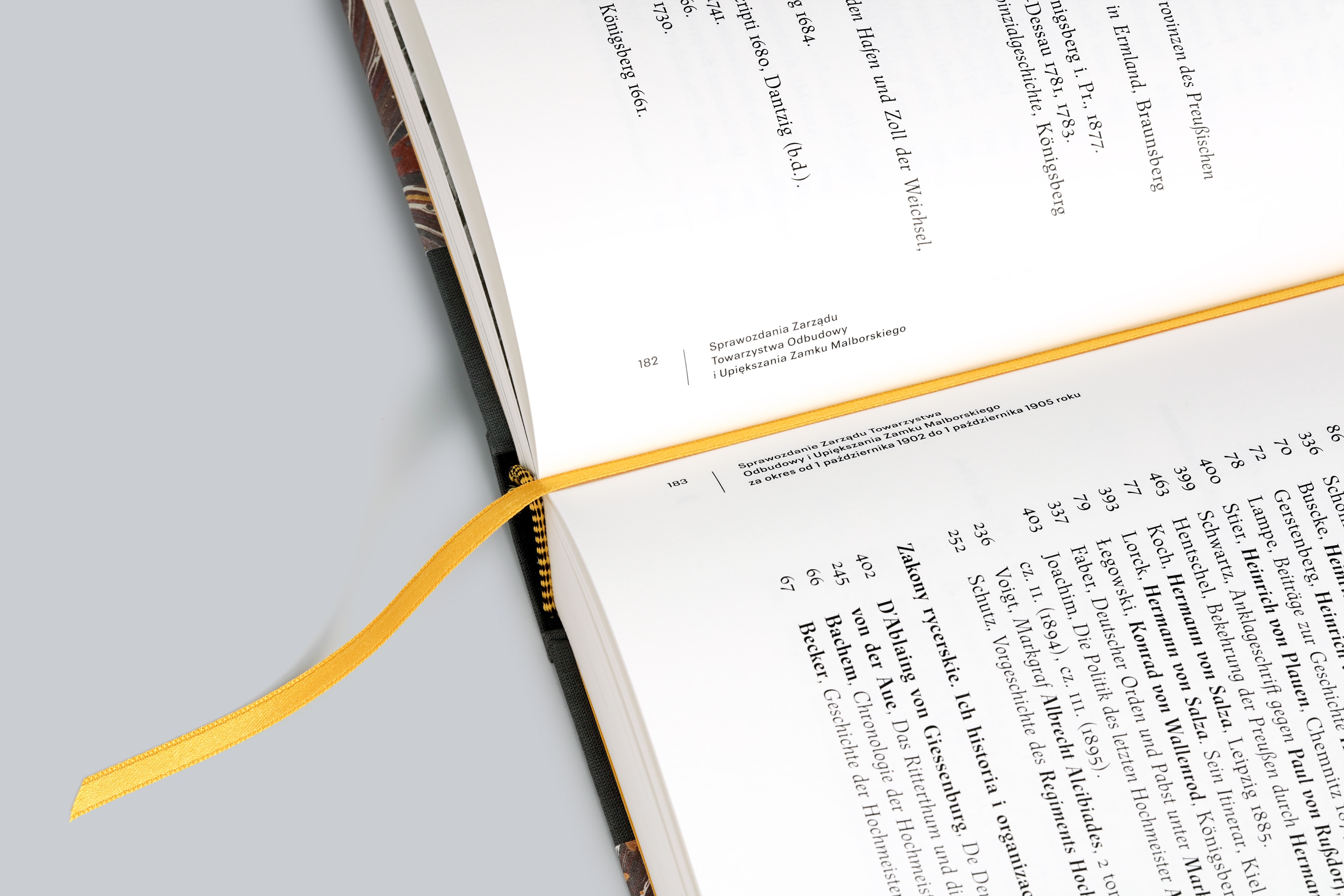 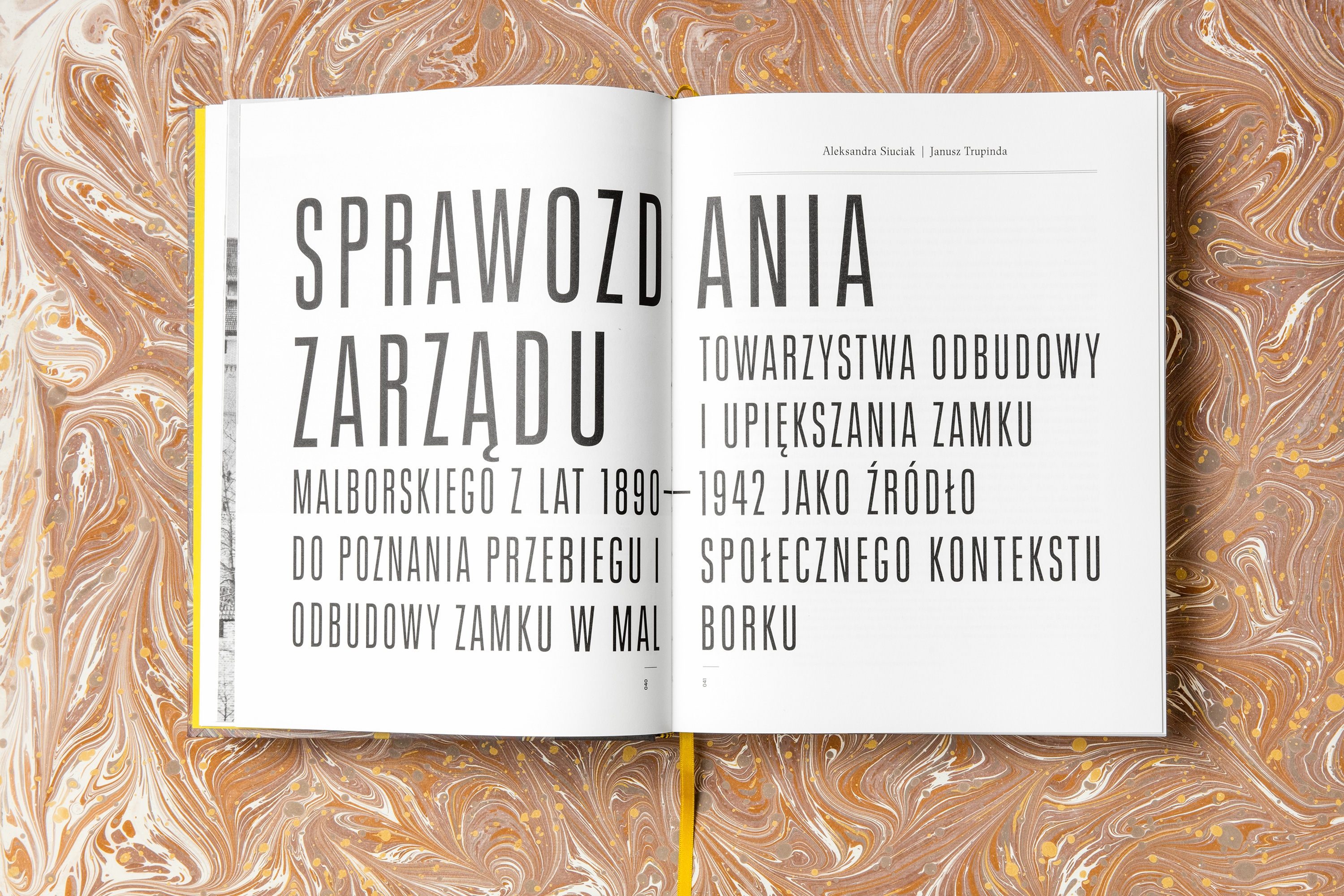