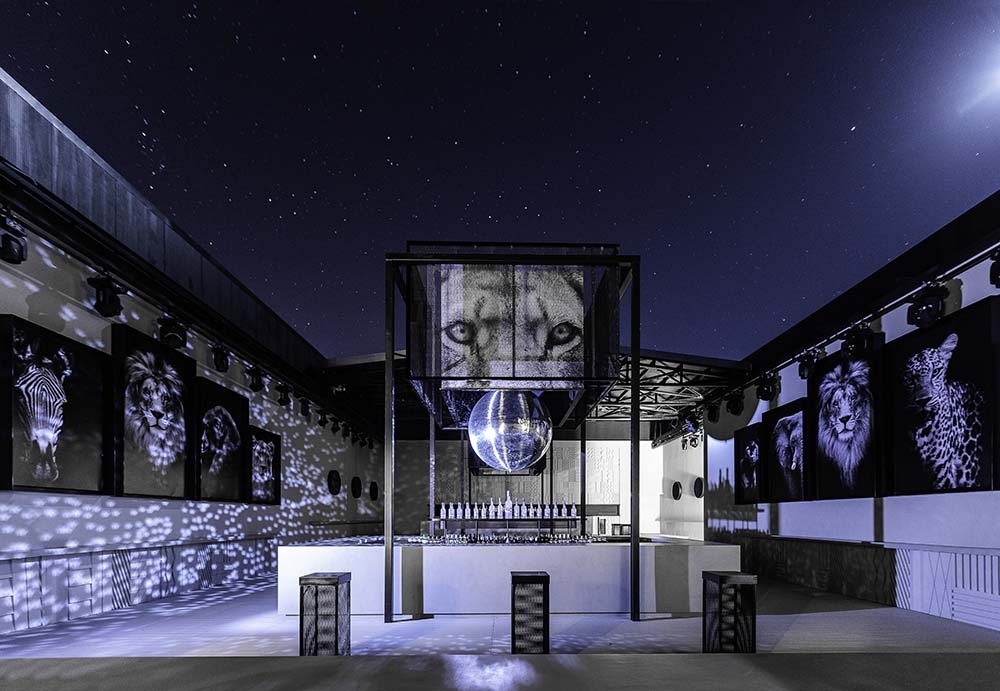 The design of the building is demarcated from the rectangular floor plan resulting in a monolithic volume with strong symbolism. The name of the club, 'the black cage', was the initial inspiration for the design and directed the central idea. The next move for the 'cage' narrative is the release of wildness; this sense is depicted through the portraits of wildlife dominating the space. This vital concept is combined with the liquid element and the vegetation at the entrance. The natural relief is attributed to the wall coverings as well as to the geometry of the shapes used. 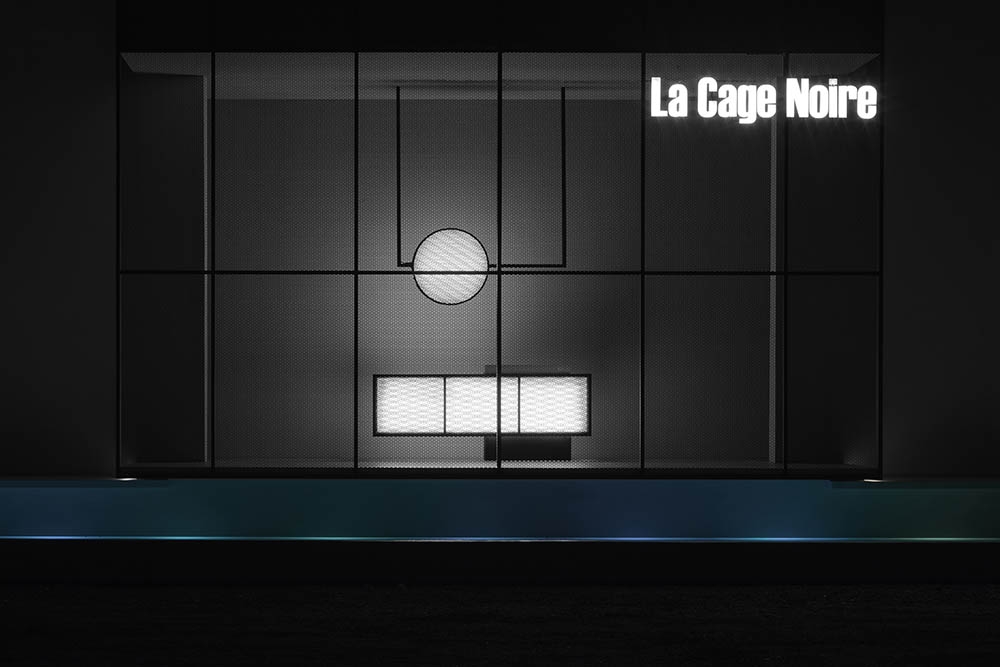 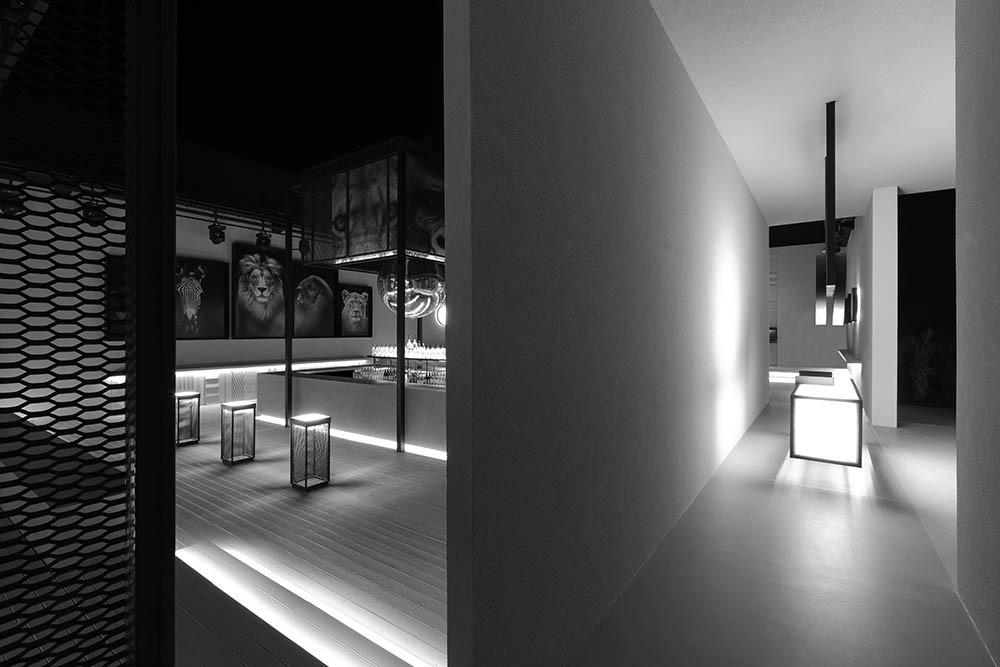 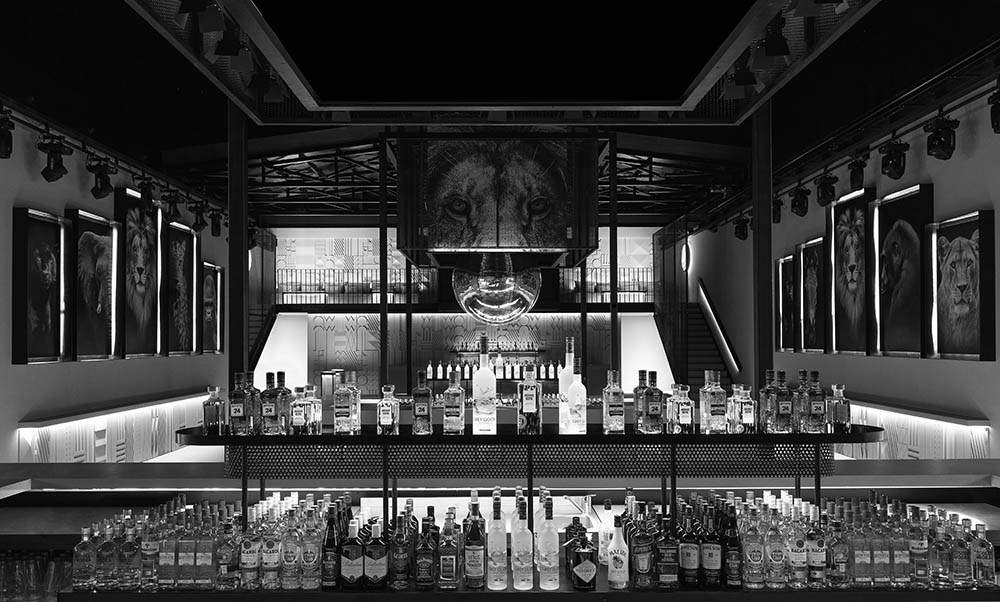 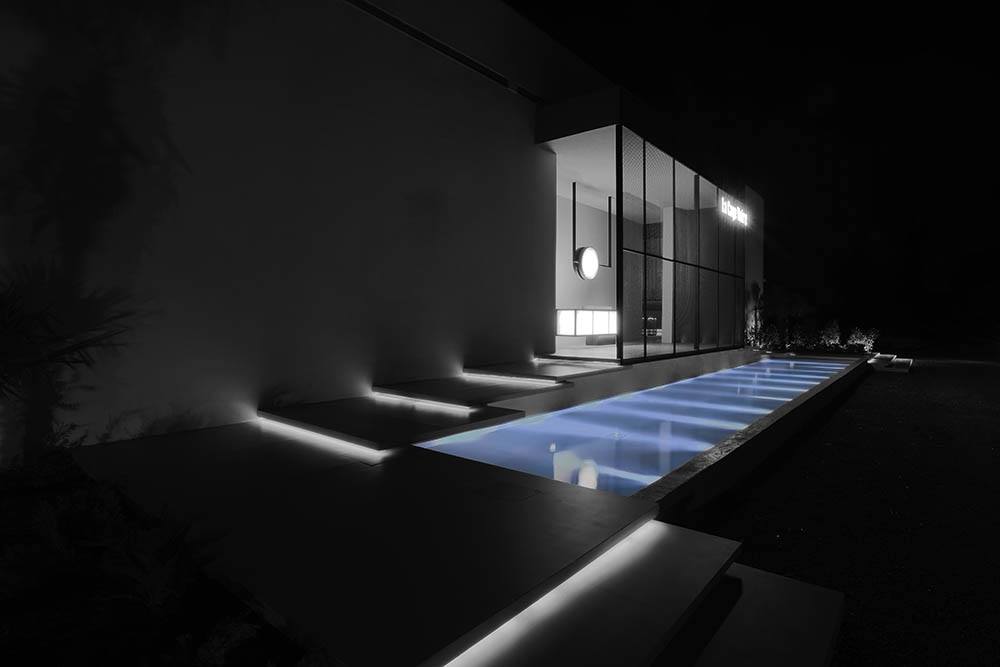 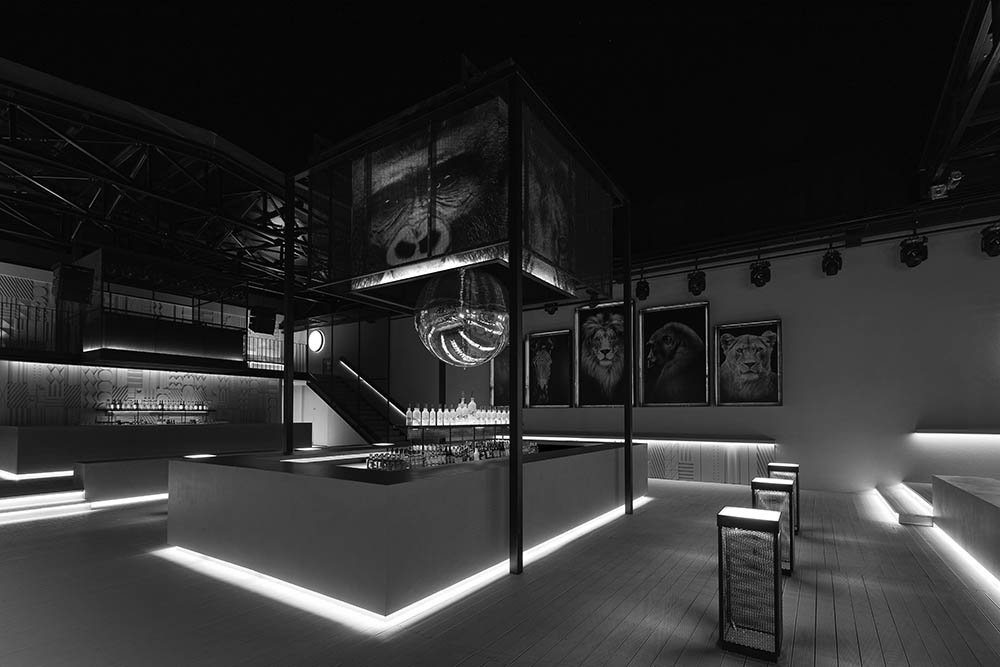 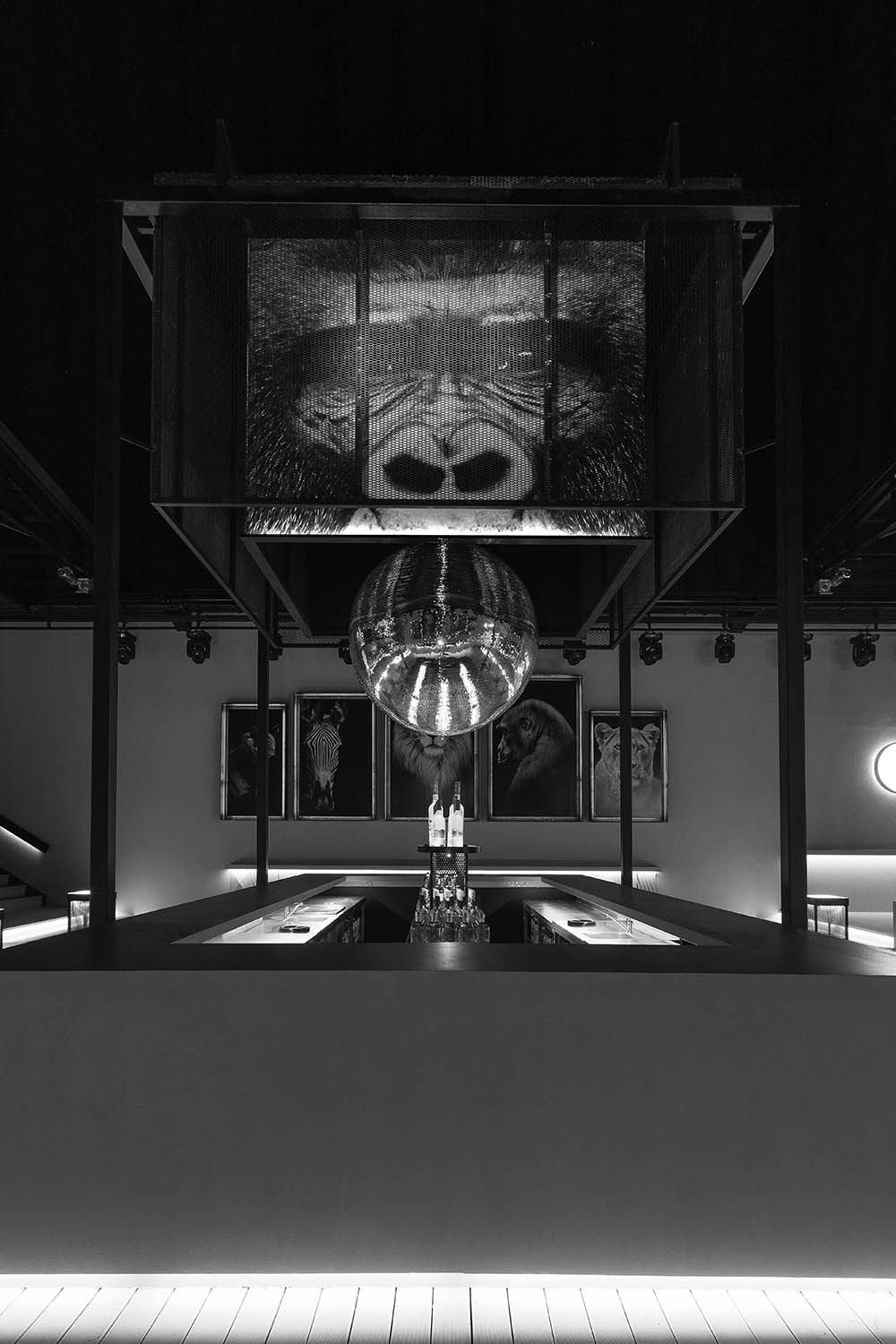 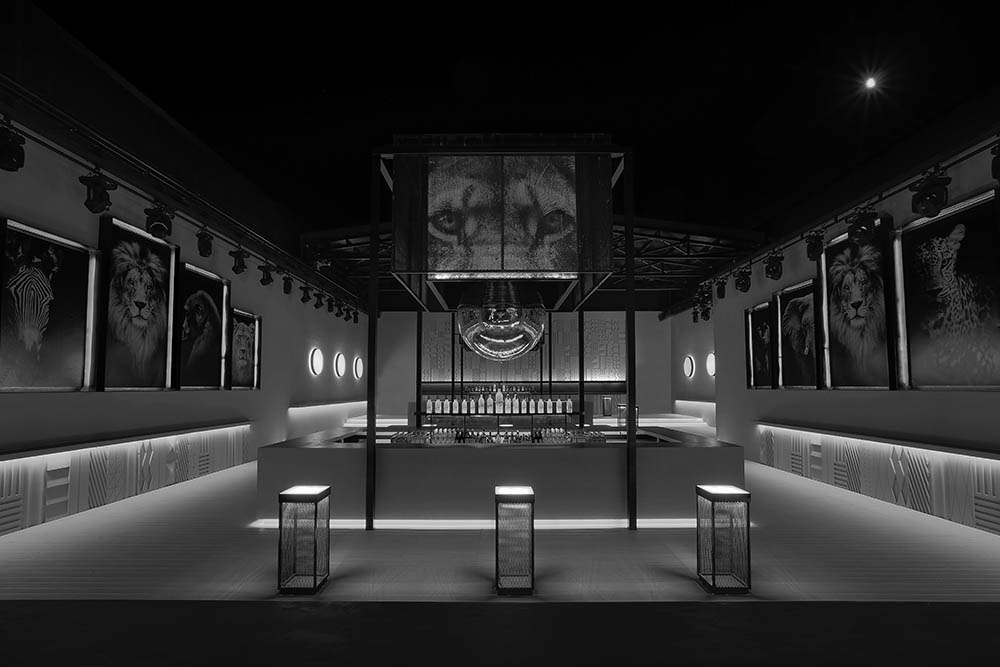 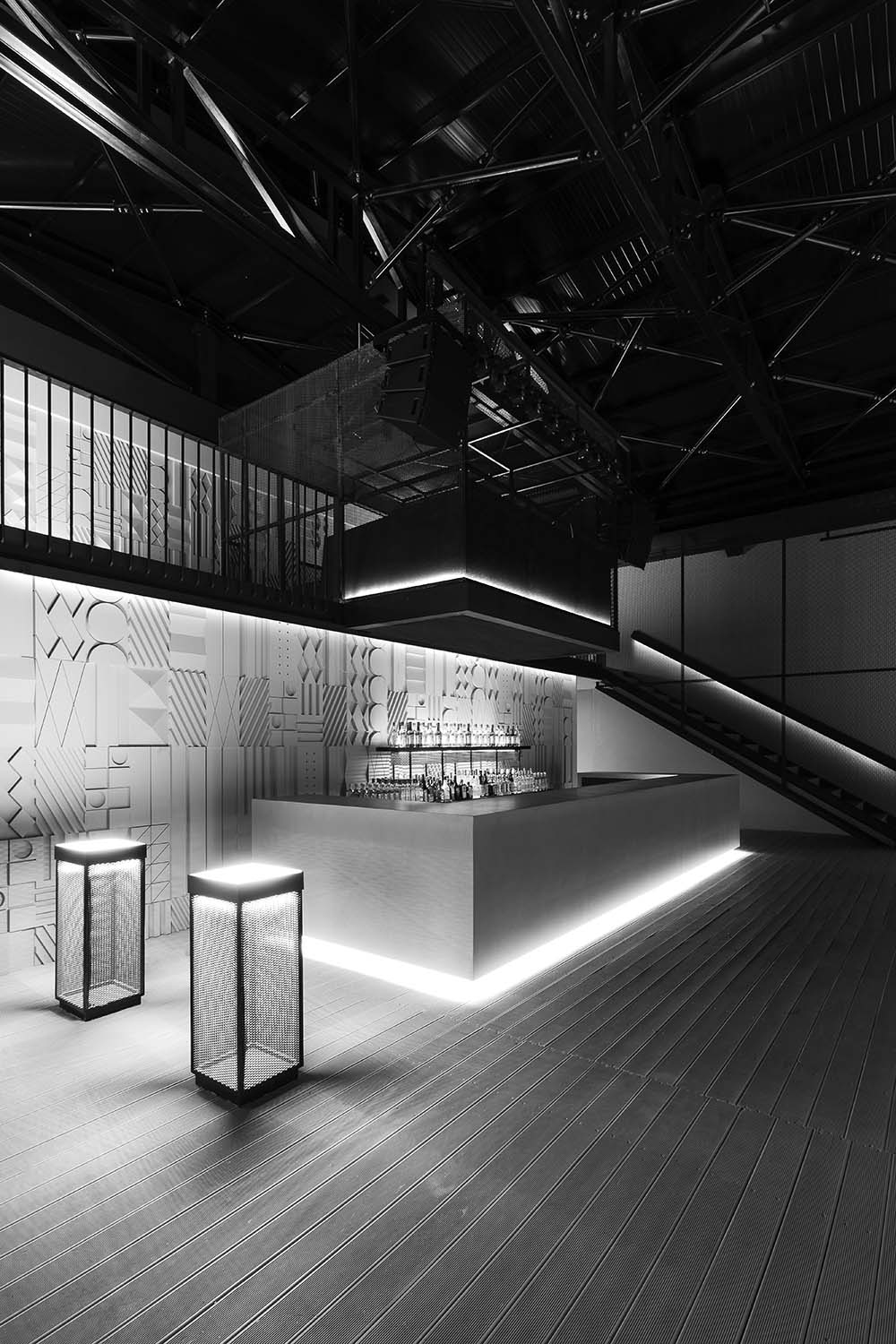 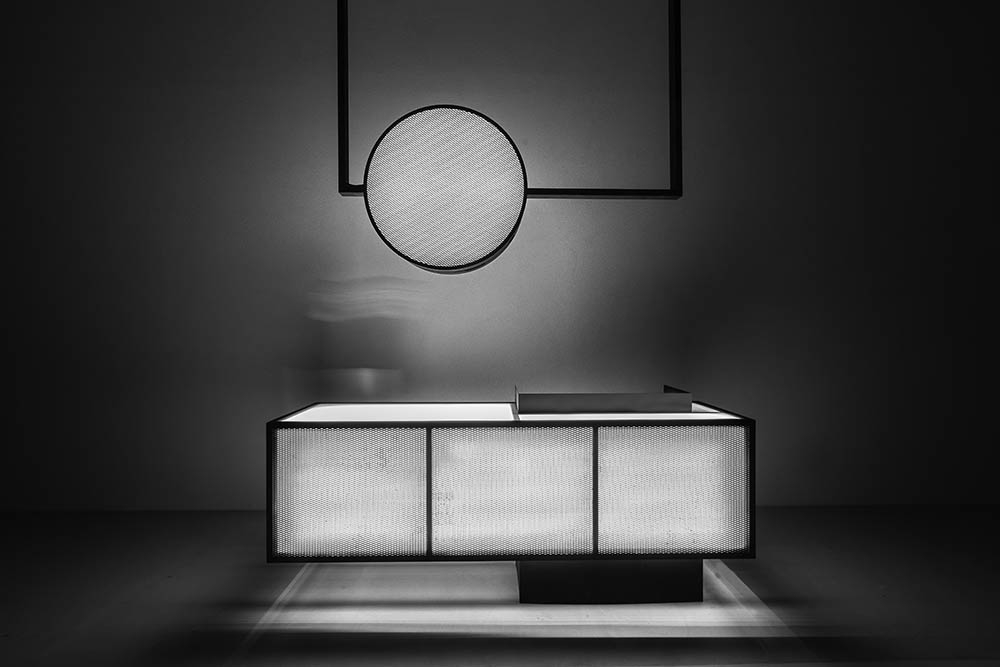 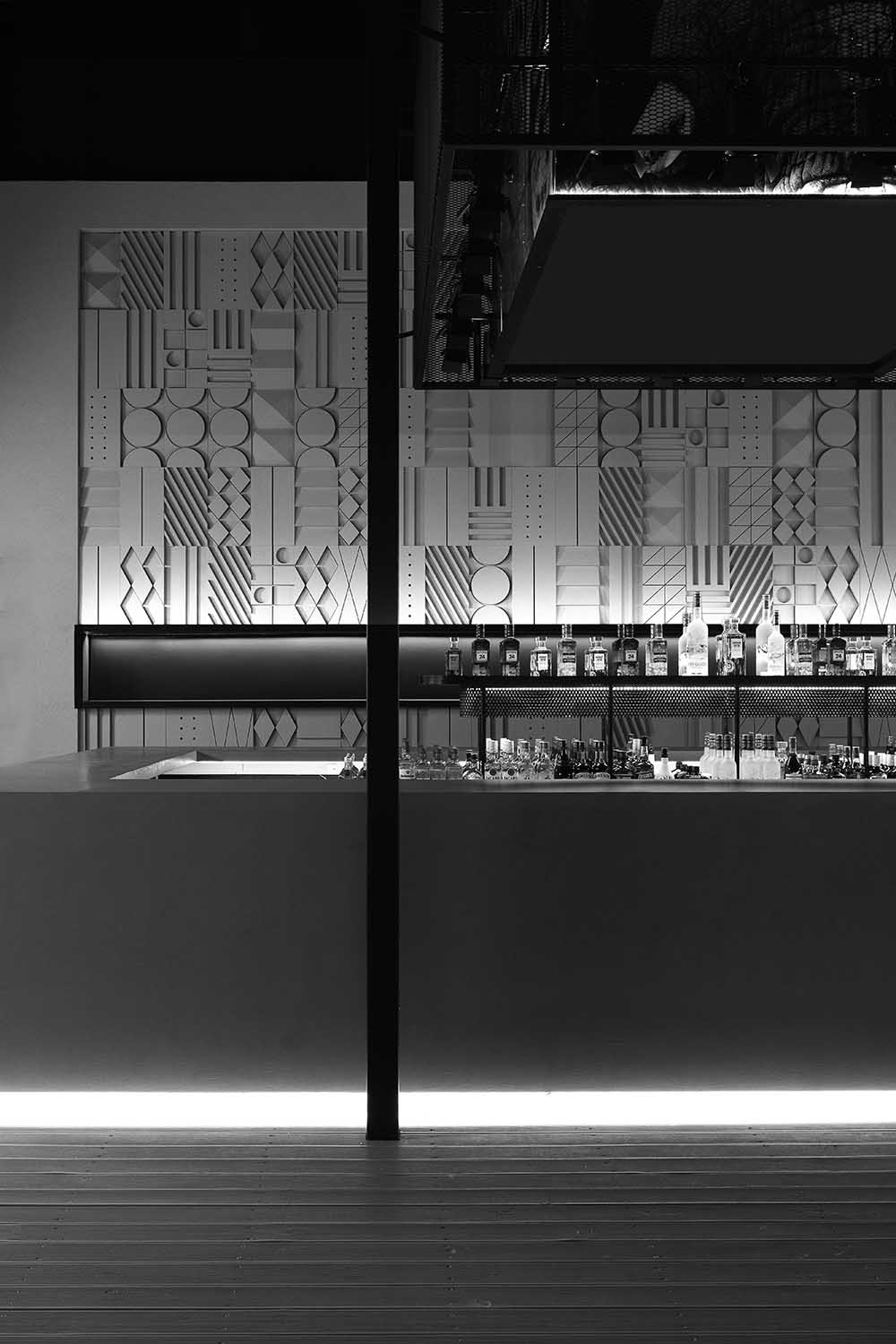