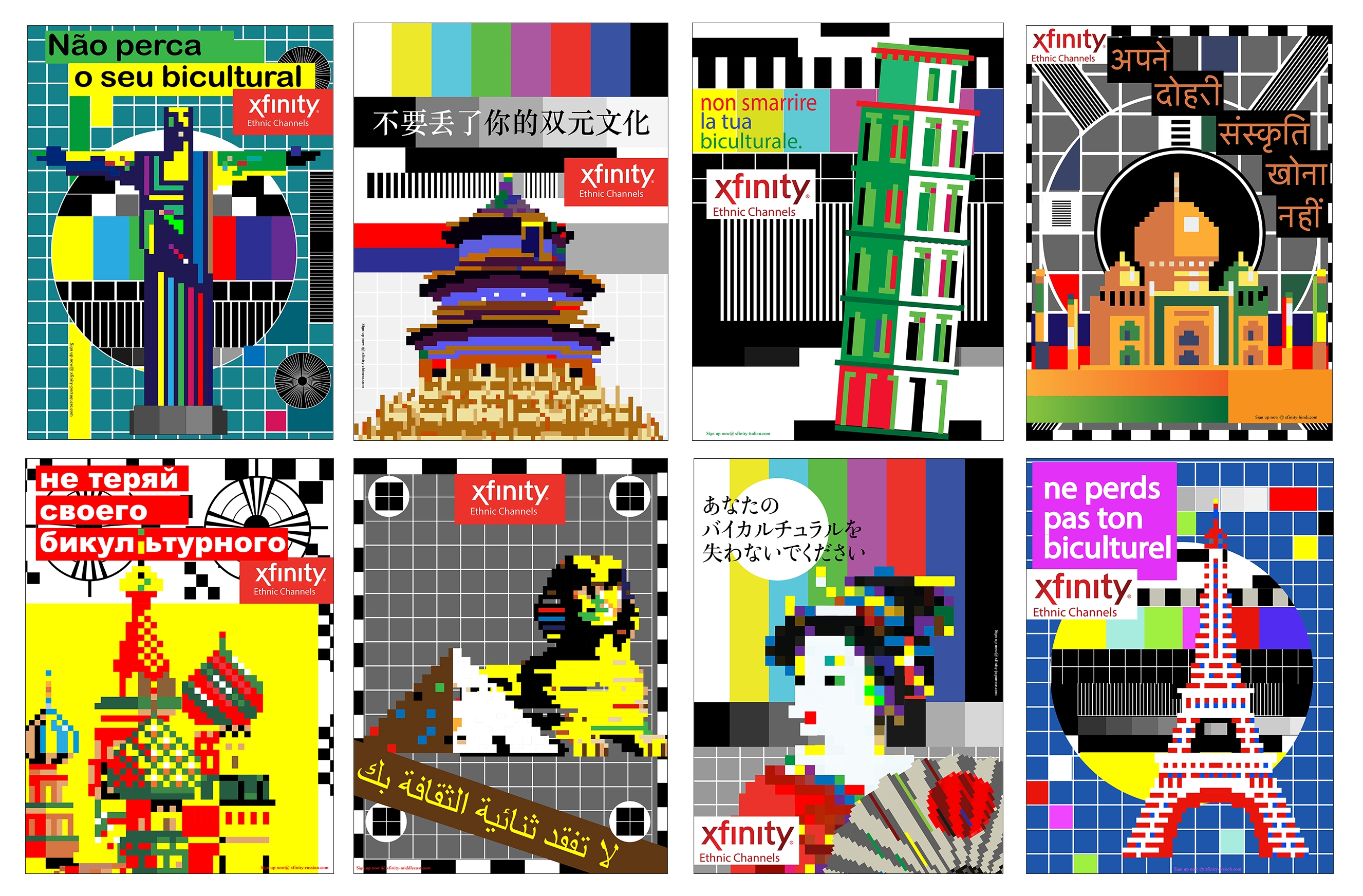 We were briefed to create a series of visions that had to be interpretation to “Don’t lose your bicultural.”The creative approach was to leverage Xfinity Ethnic Channel’s patented brand promise of “multicultural provider”by showing it in dramatic fashion, rather than just saying it in a straightforward way. The design fully embracing the TV test pattern which alludes to the moment of “loss”. The idea ties Ethnic channels including Brazil, China, France, Italy, Japan, India, Russia, middle east by connecting the symbols of the participating countries to create a unified yet diverse feeling. 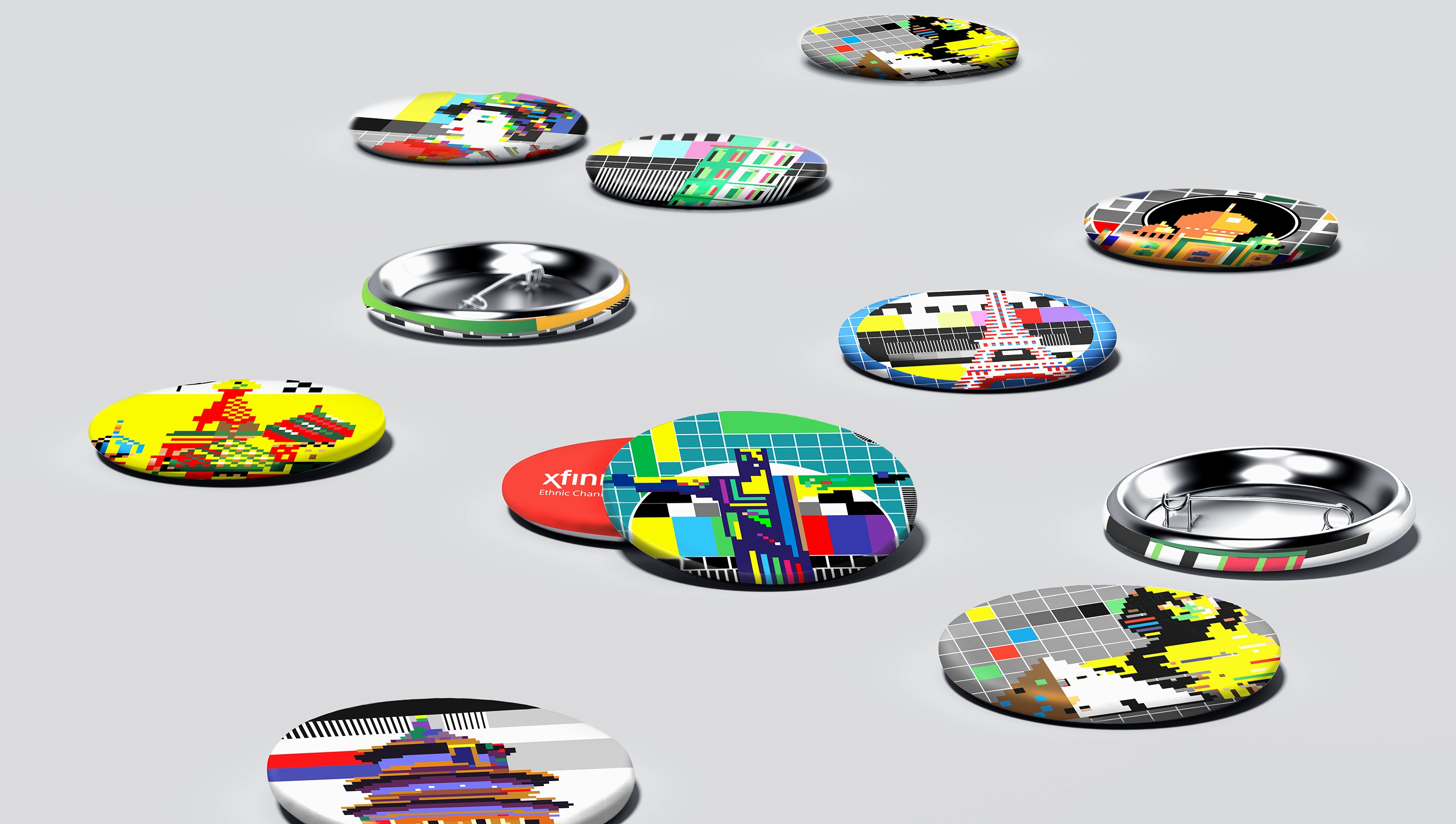 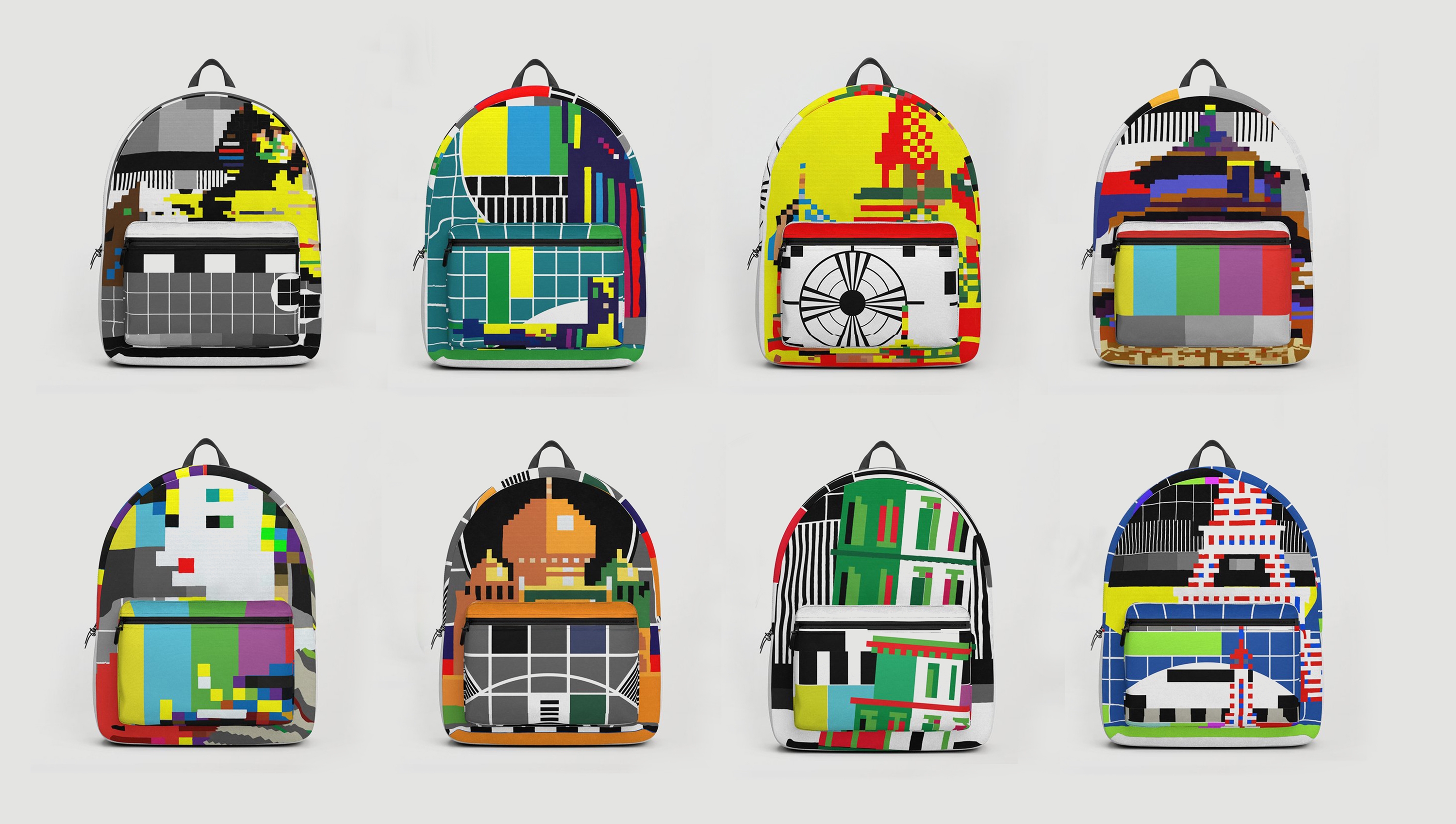 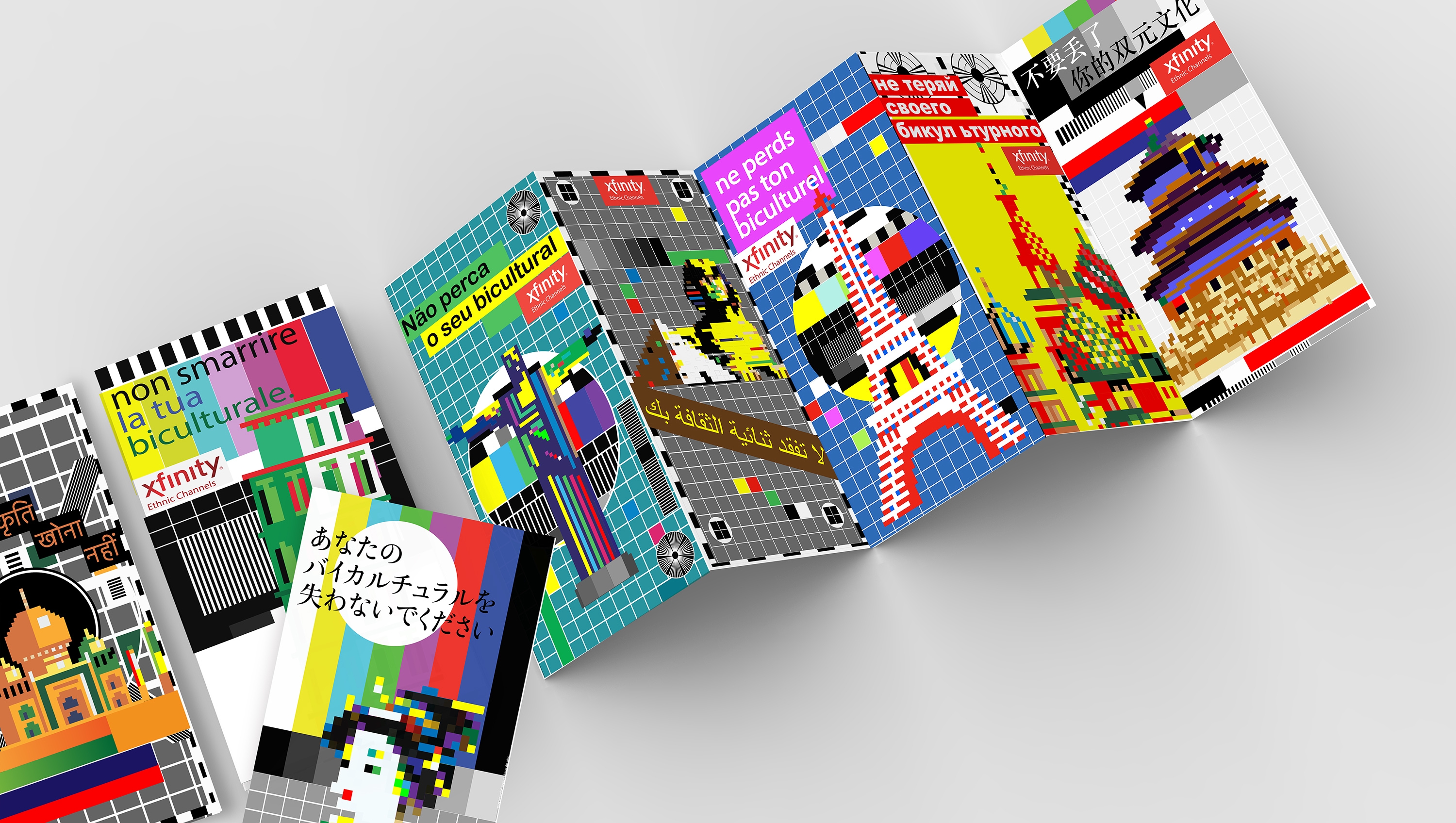 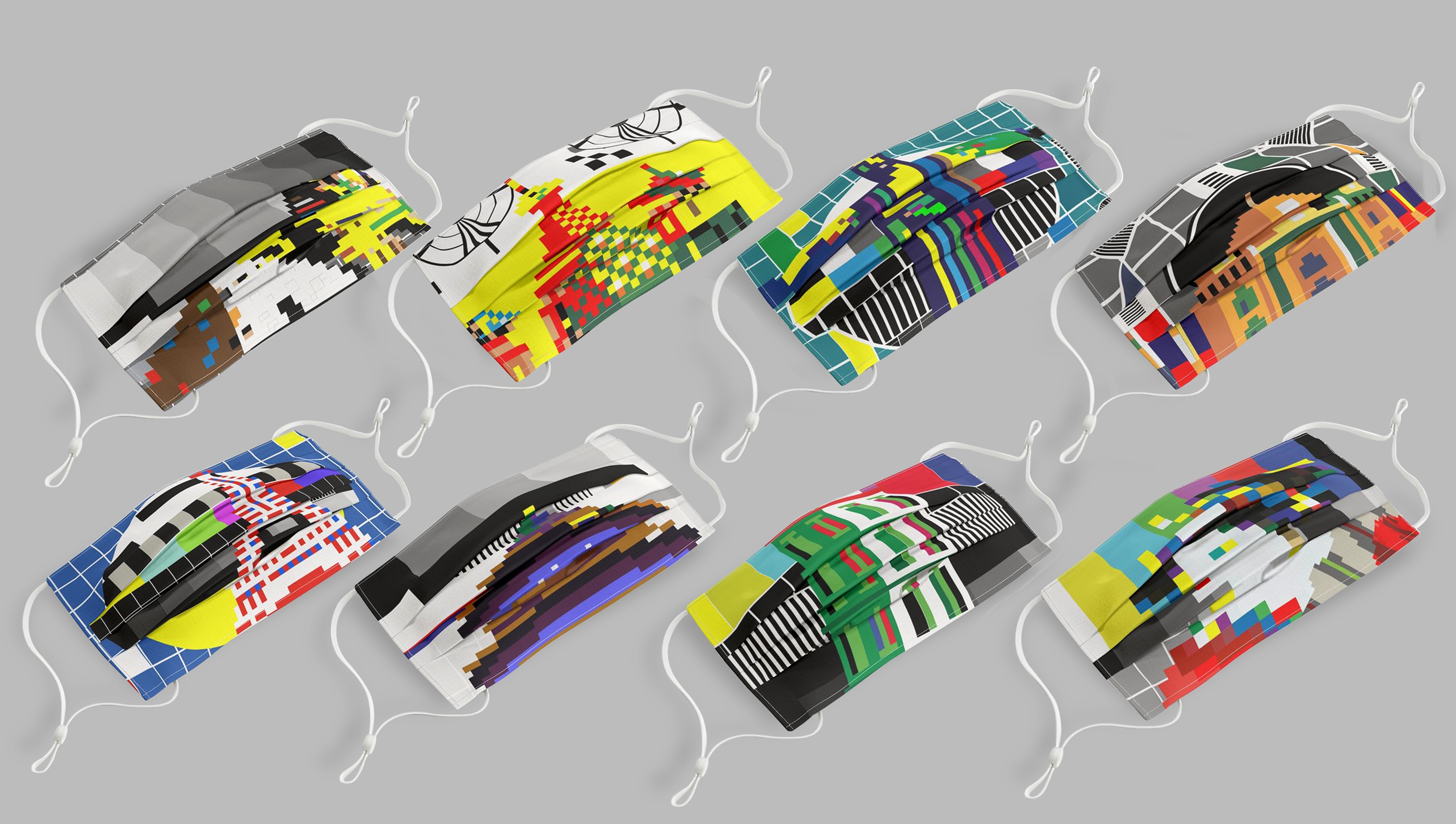 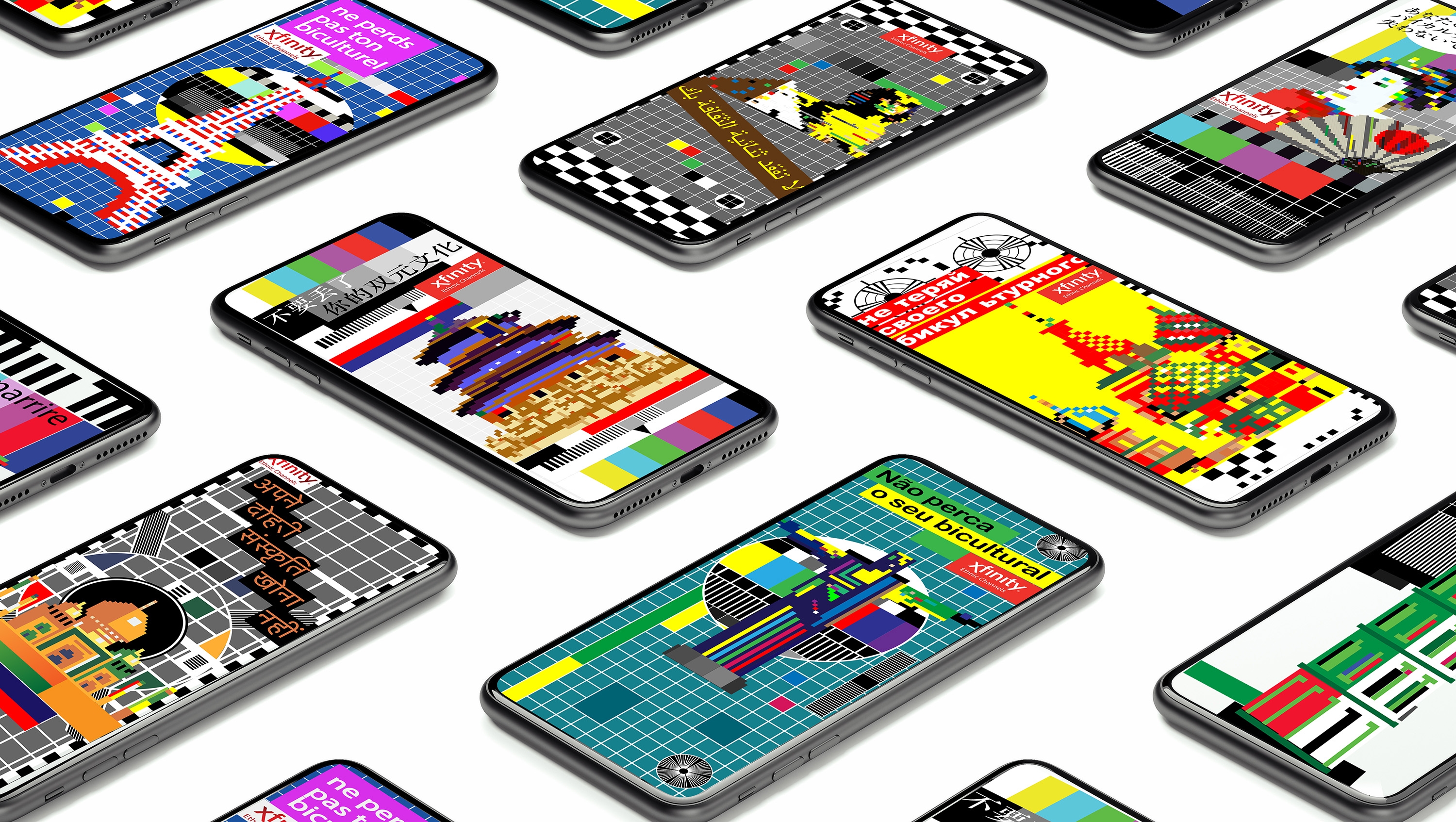 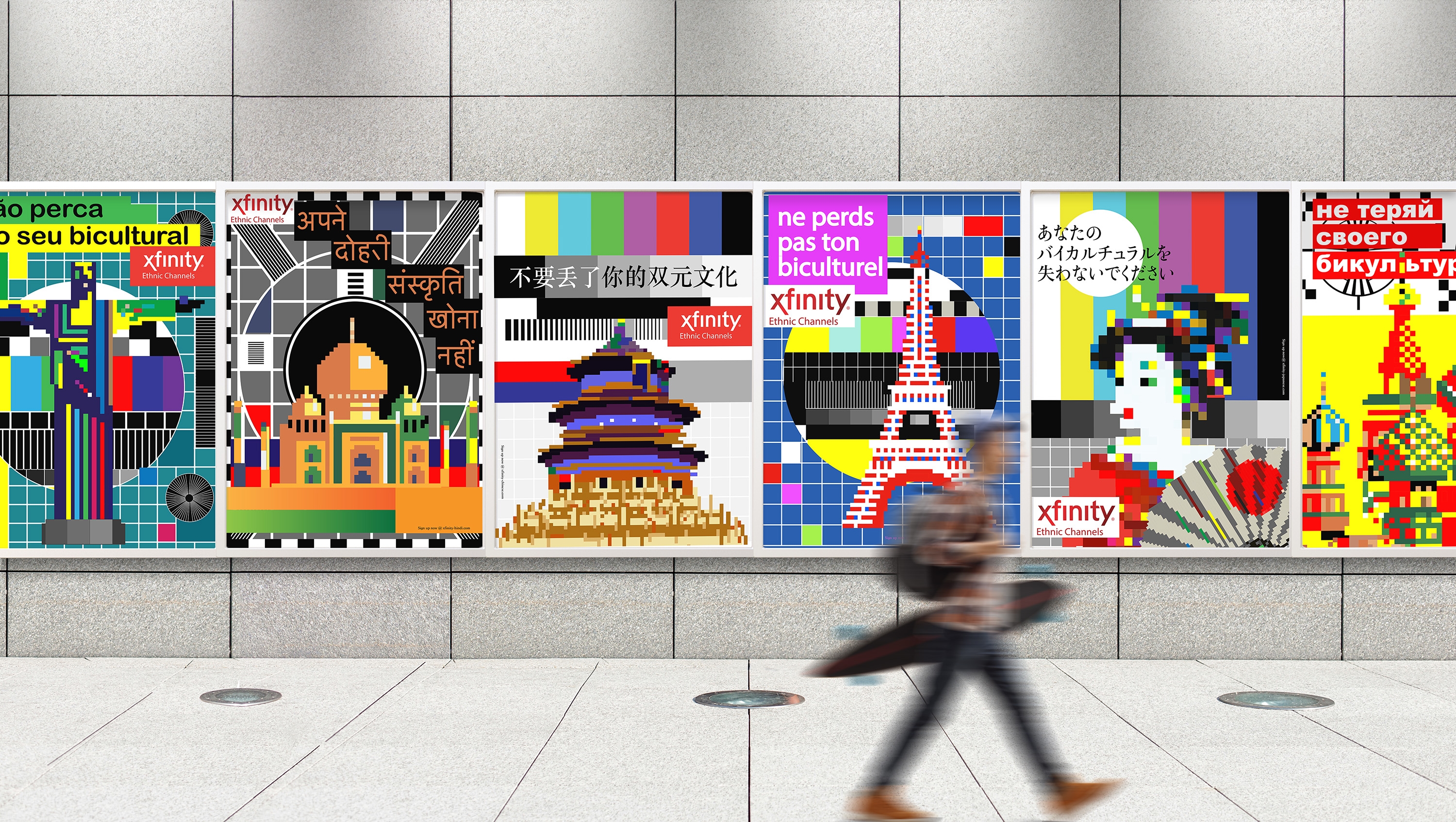