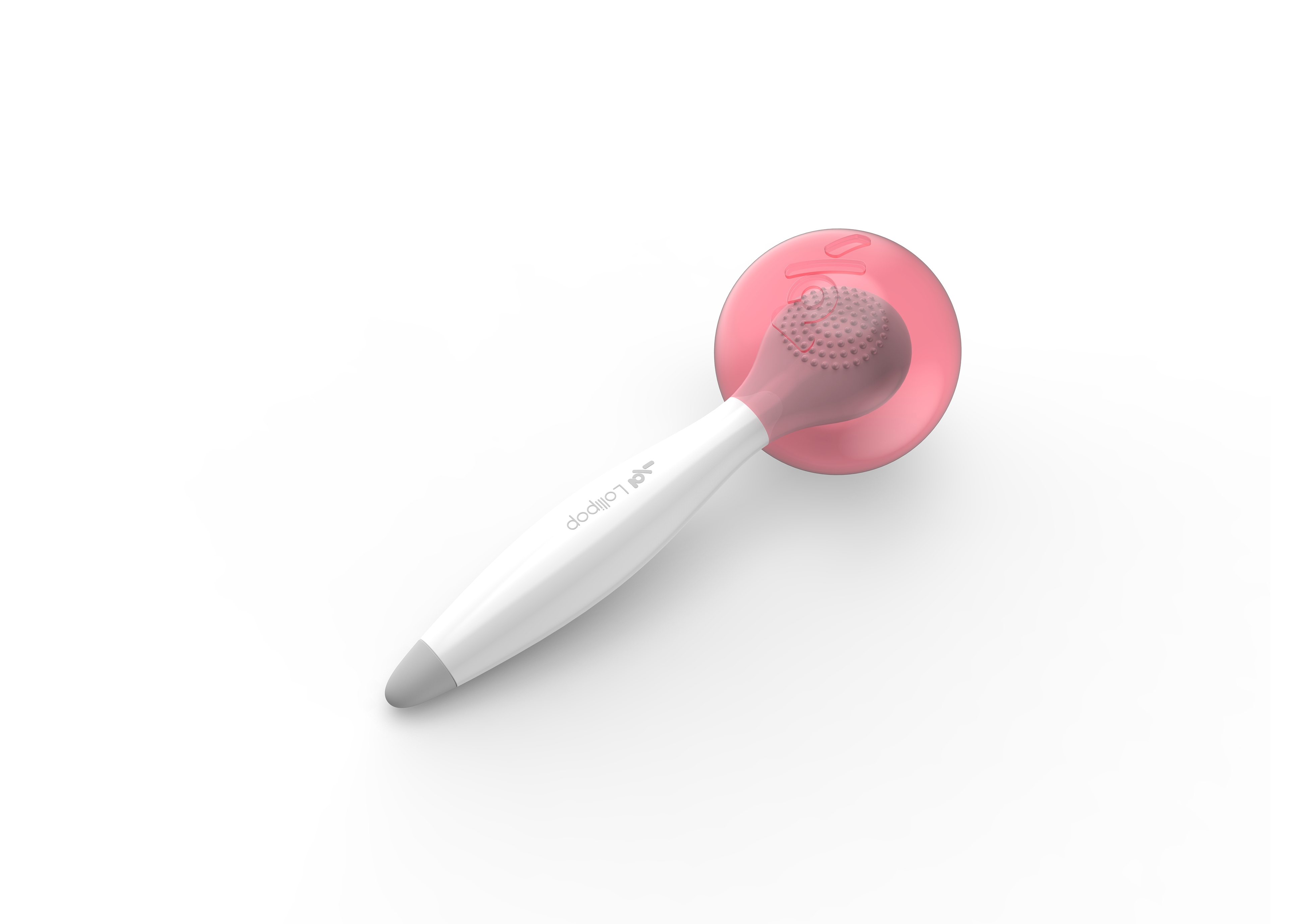 One half consists of two parts: the candy part and the hand-held part with mouthwash. The purpose of combining the two parts is to control children's sugar intake and reduce tooth decay. The surface of the flat round hand-held part has concave convex texture, which can be used for brushing teeth after children finish eating sugar. The hand-held part is filled with 10 ml mouthwash to clean teeth and mouth in time. The oblate part accounts for half of the internal volume of candy, which reflects the design concept of healthy and less sugar. It can be used by children over six years old. 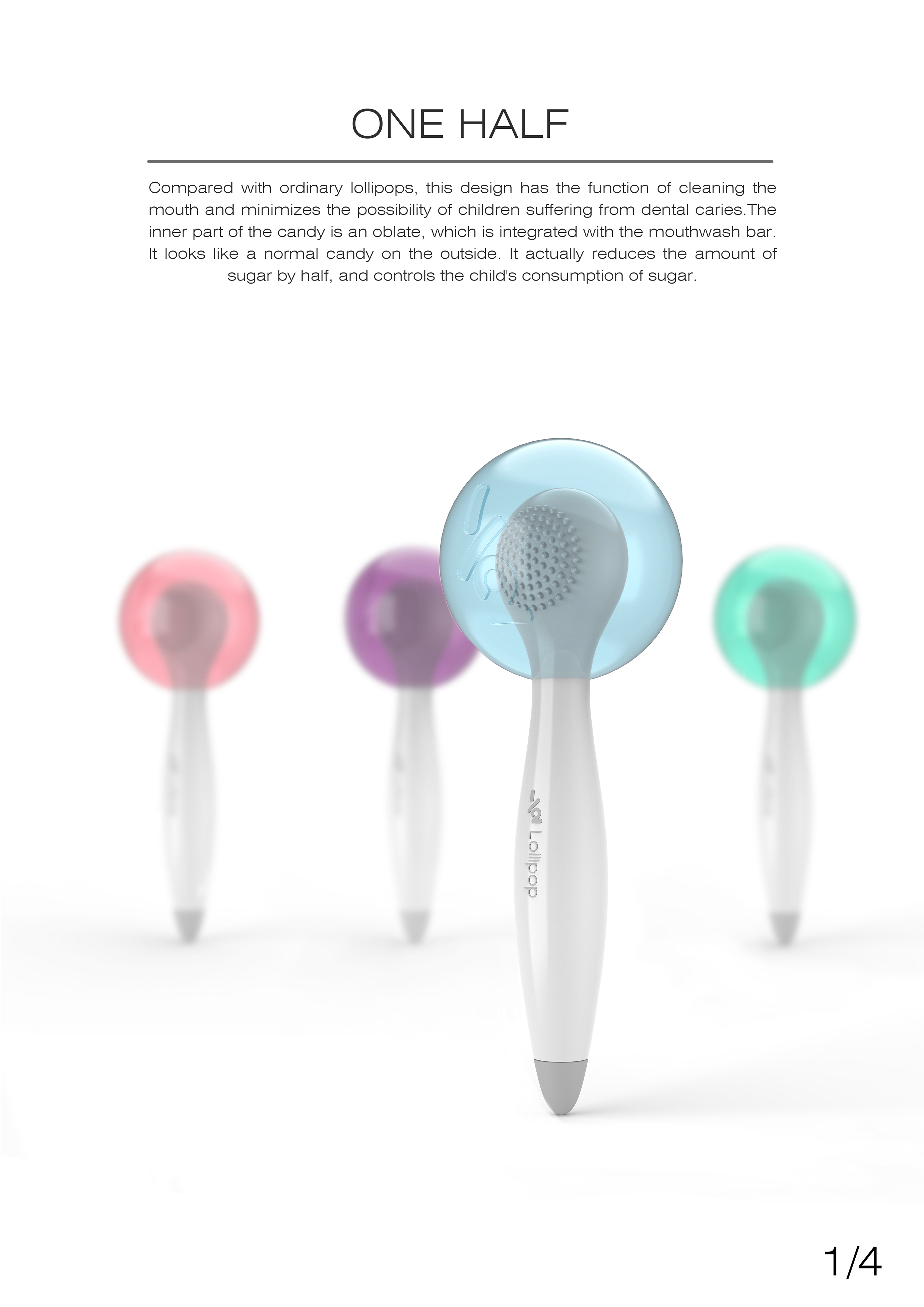 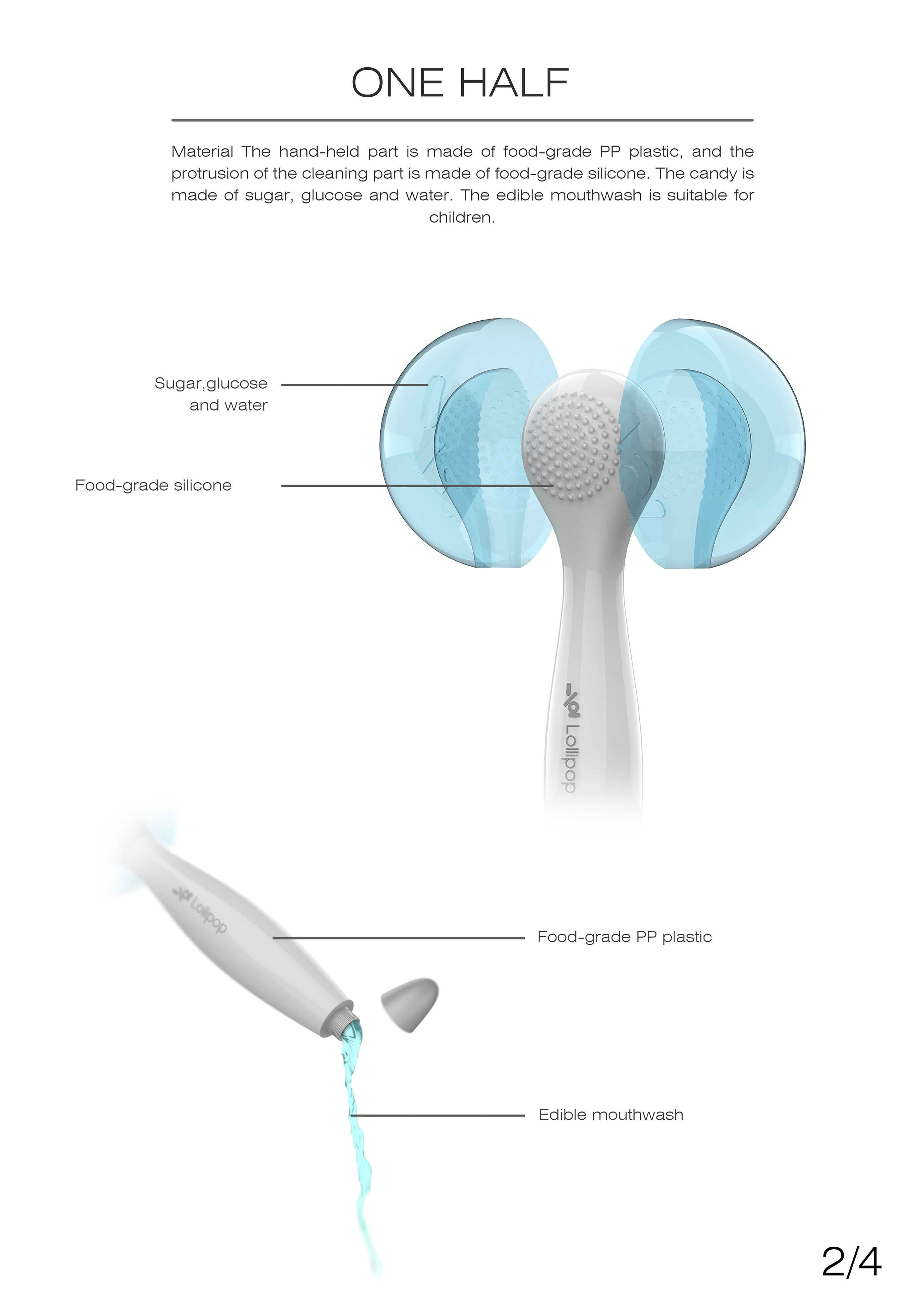 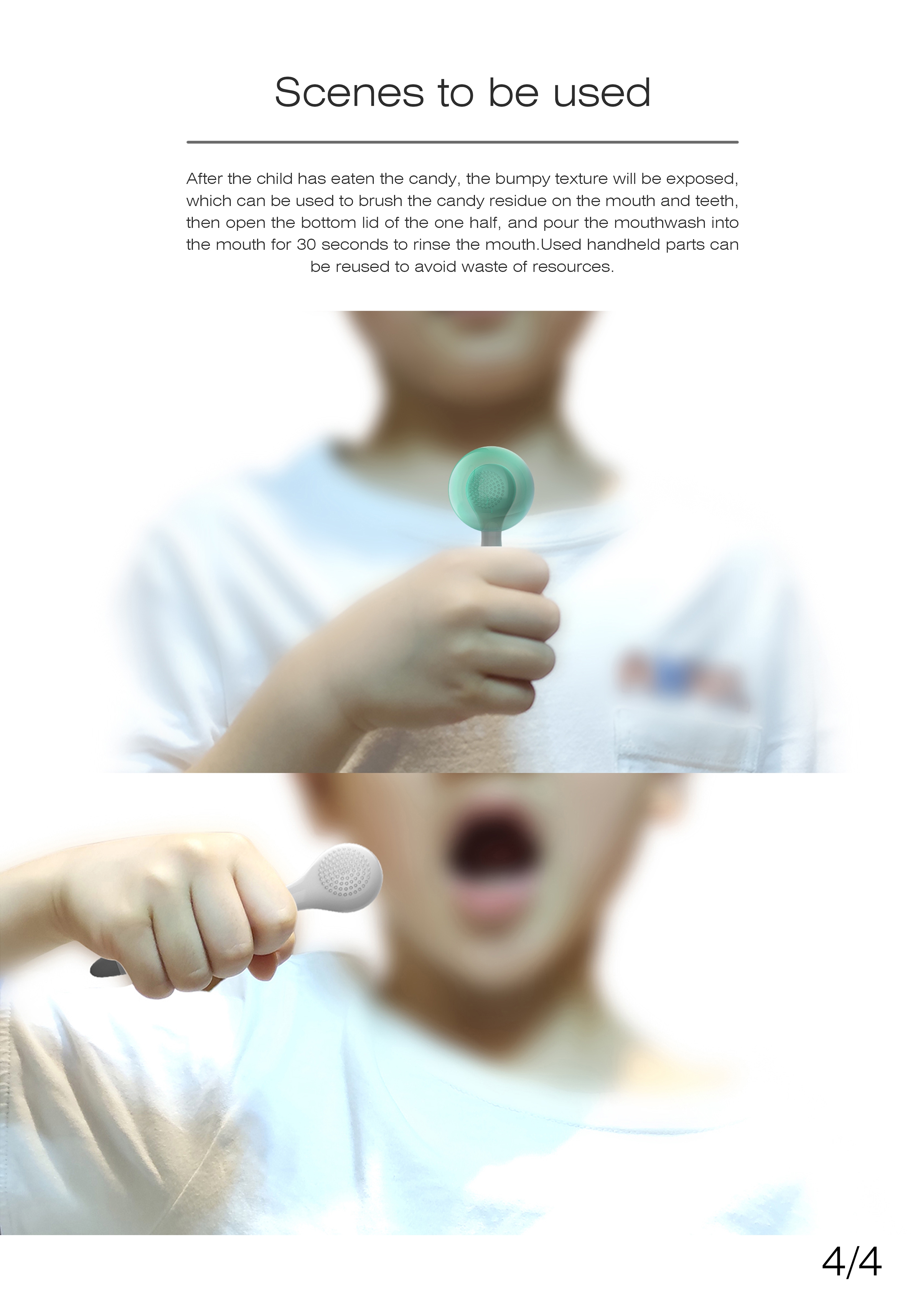 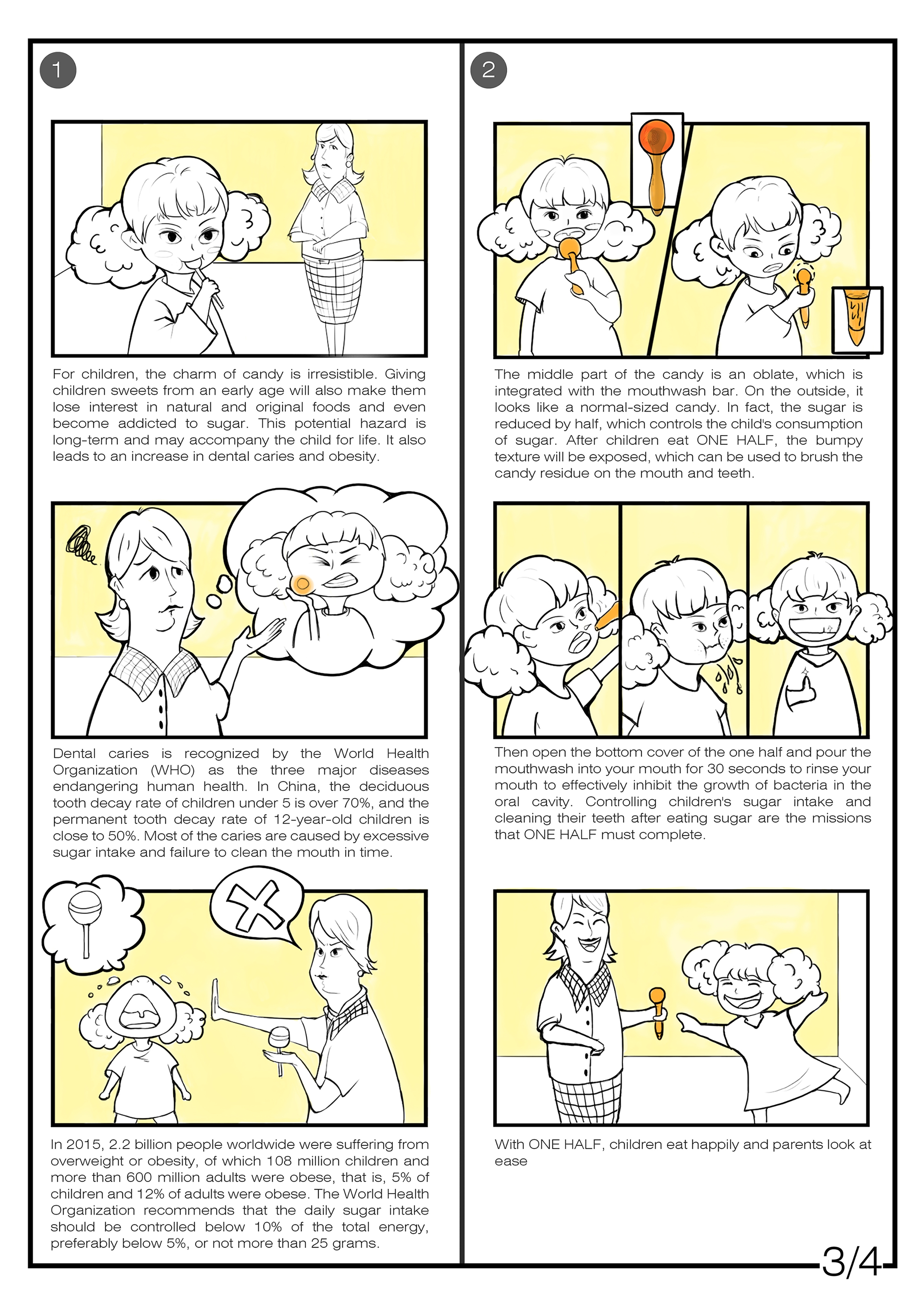 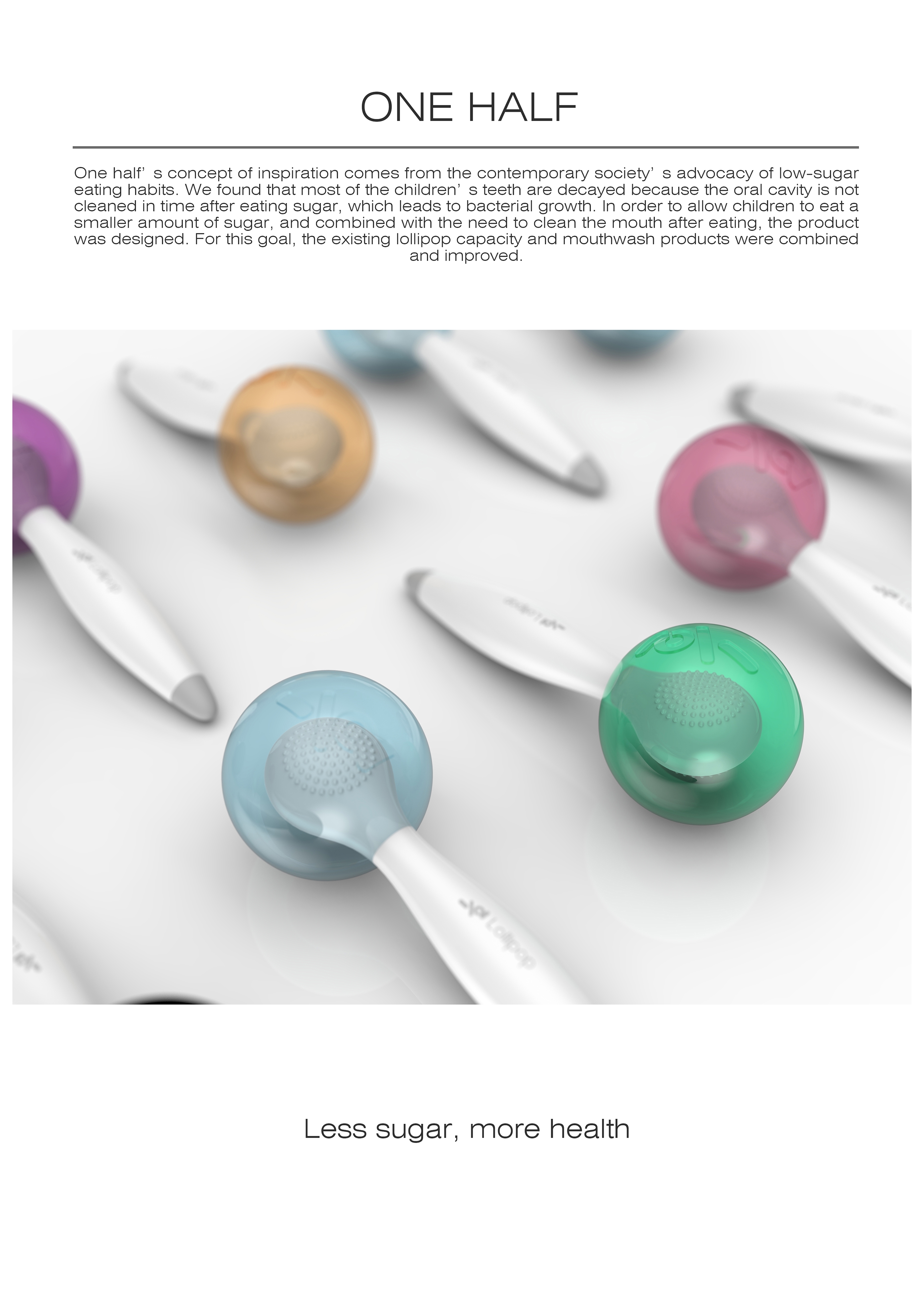