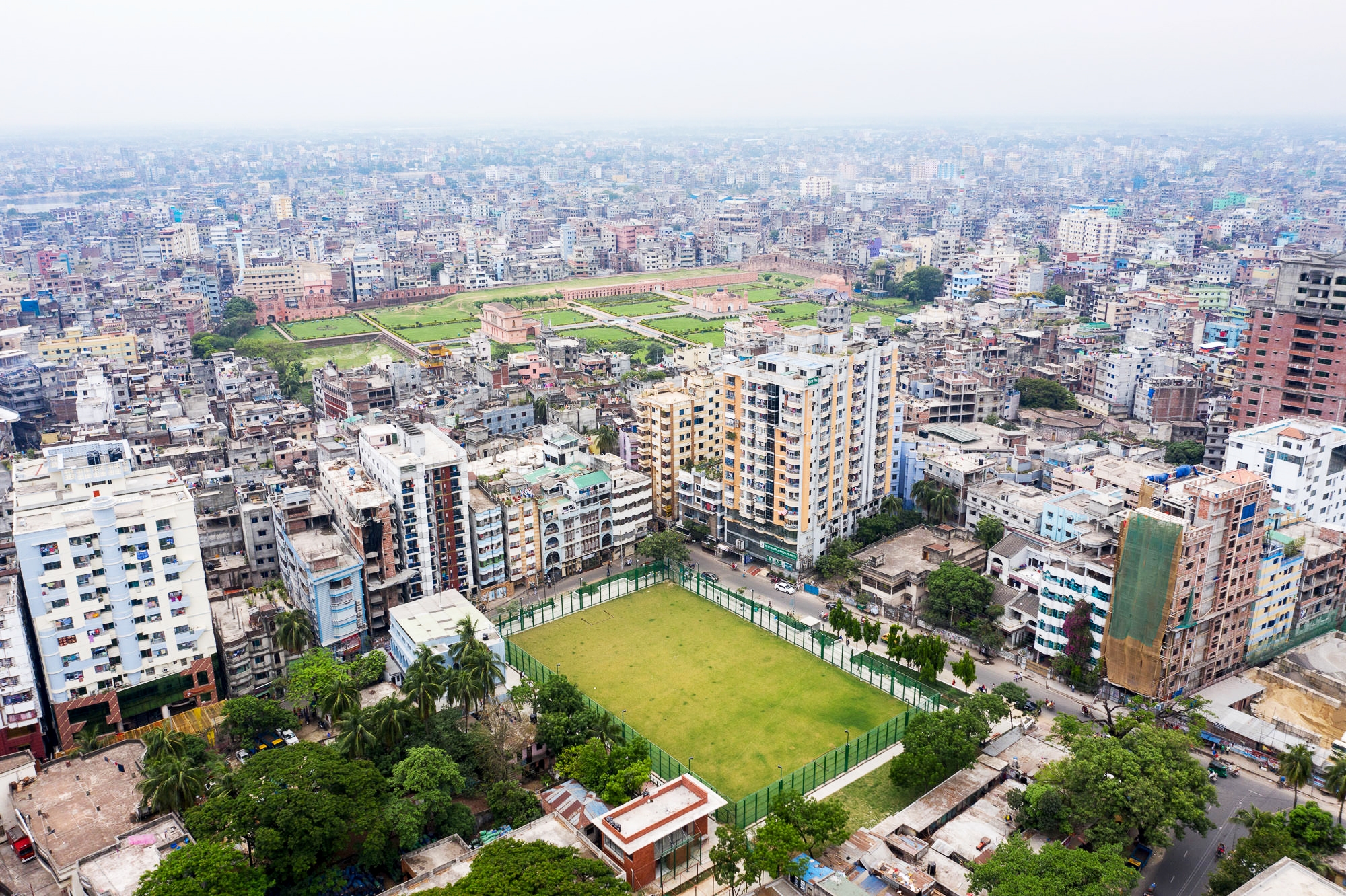 Shahid Haji Abdul Alim Playground project is on an area of 1.33 acres, situated in Lalbagh, old Dhaka. ‘Jol Shobuje Dhaka’ project is an initiative by Dhaka South City Corporation (DSCC) in order to revitalize 31 parks and playgrounds. This project is designed in such a way where both open green and rain water management used in sustainable manner. Rain water collecting trench has been created under the walkway which can collect 500000 liters of rain water for re use after the filter. Also a small two storied guardian building has been developed in the eastern part of the site. 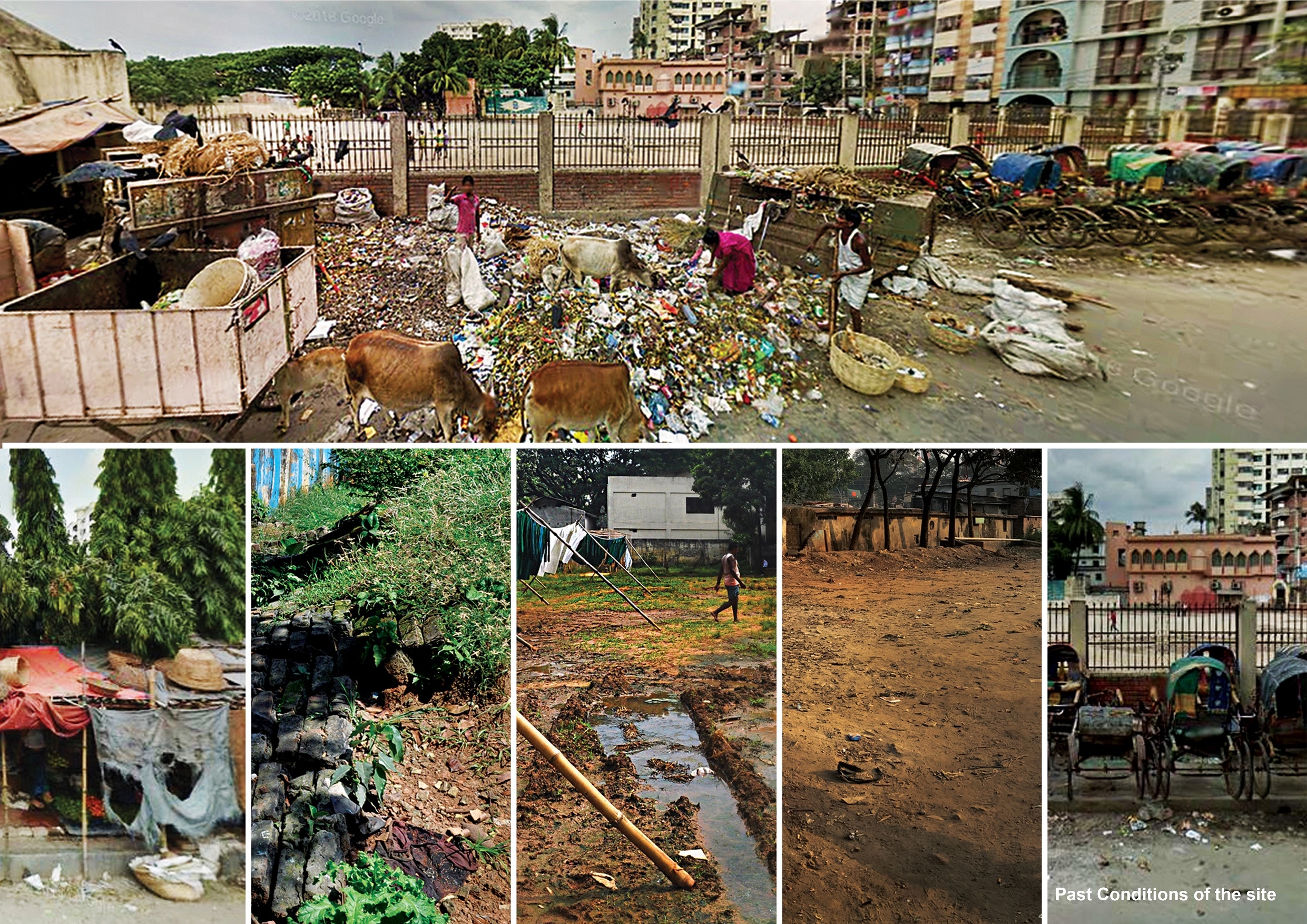 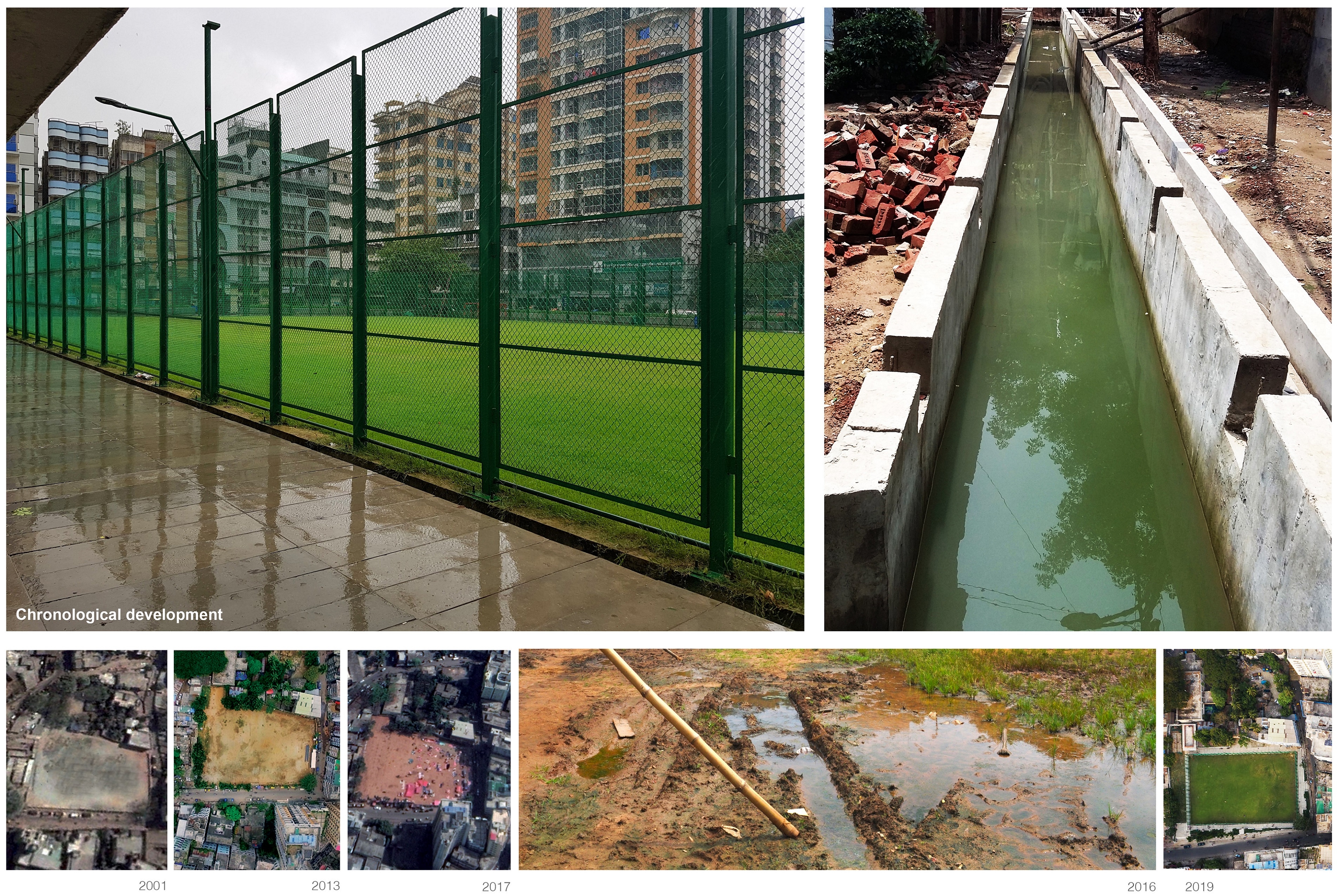 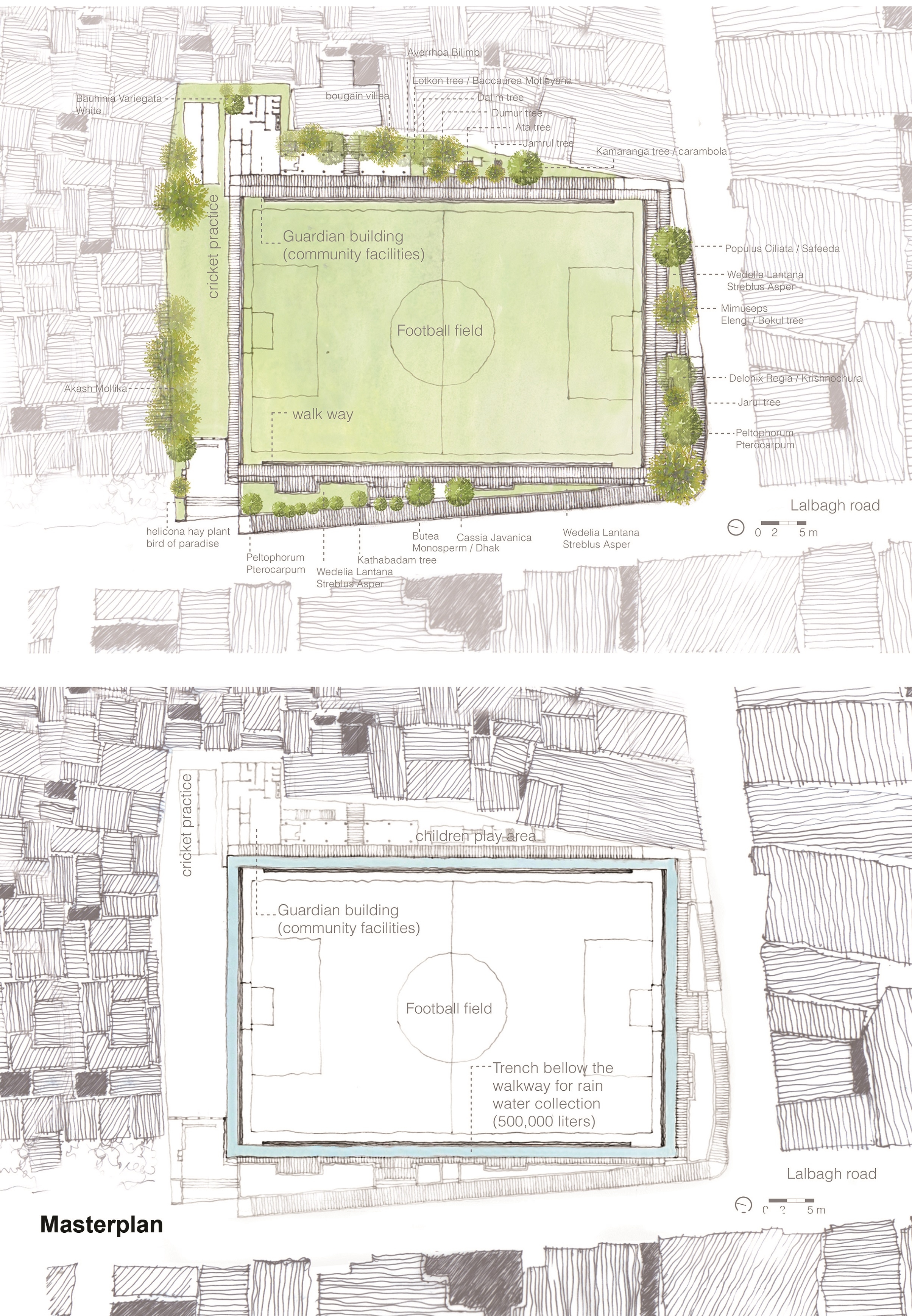 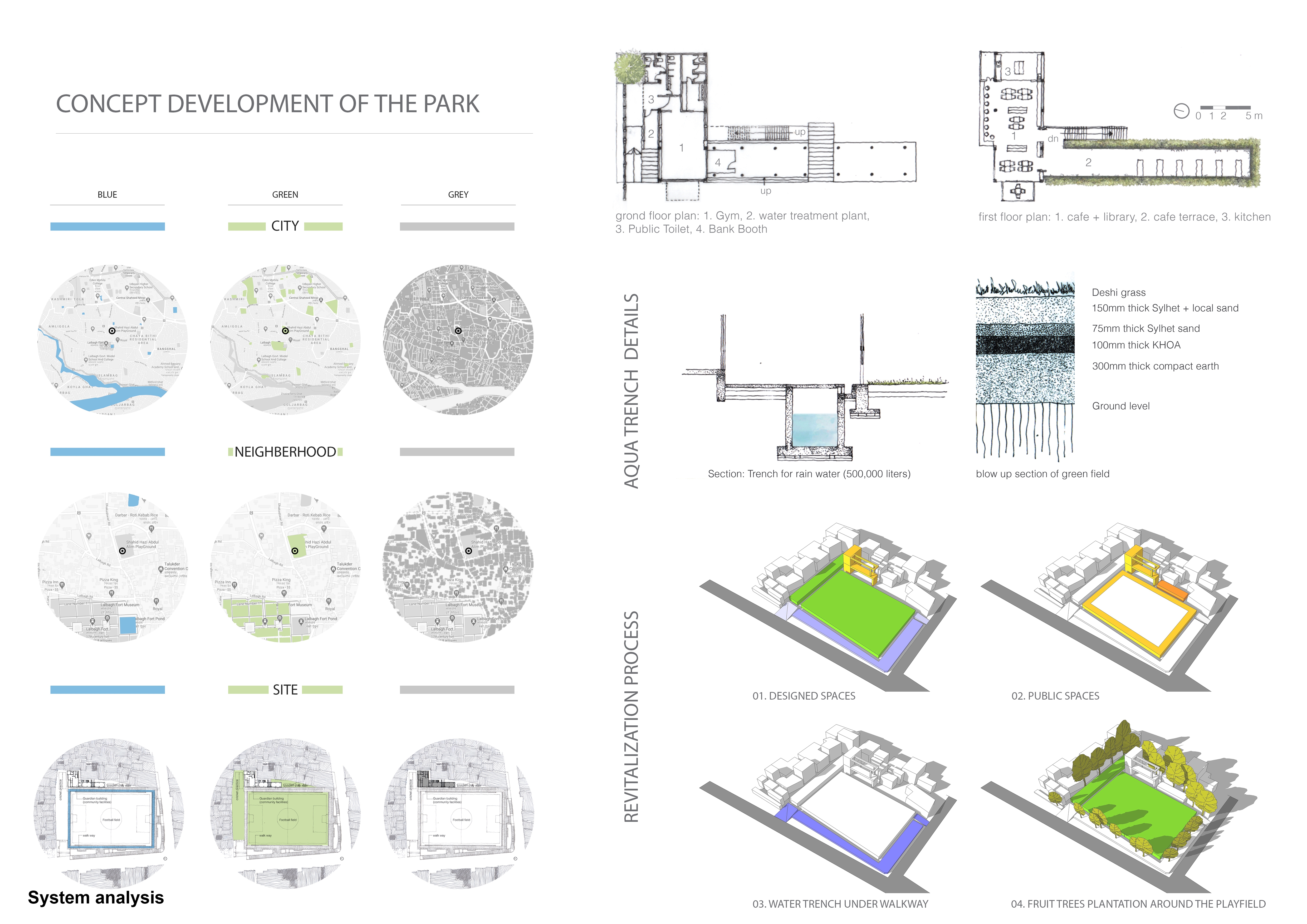 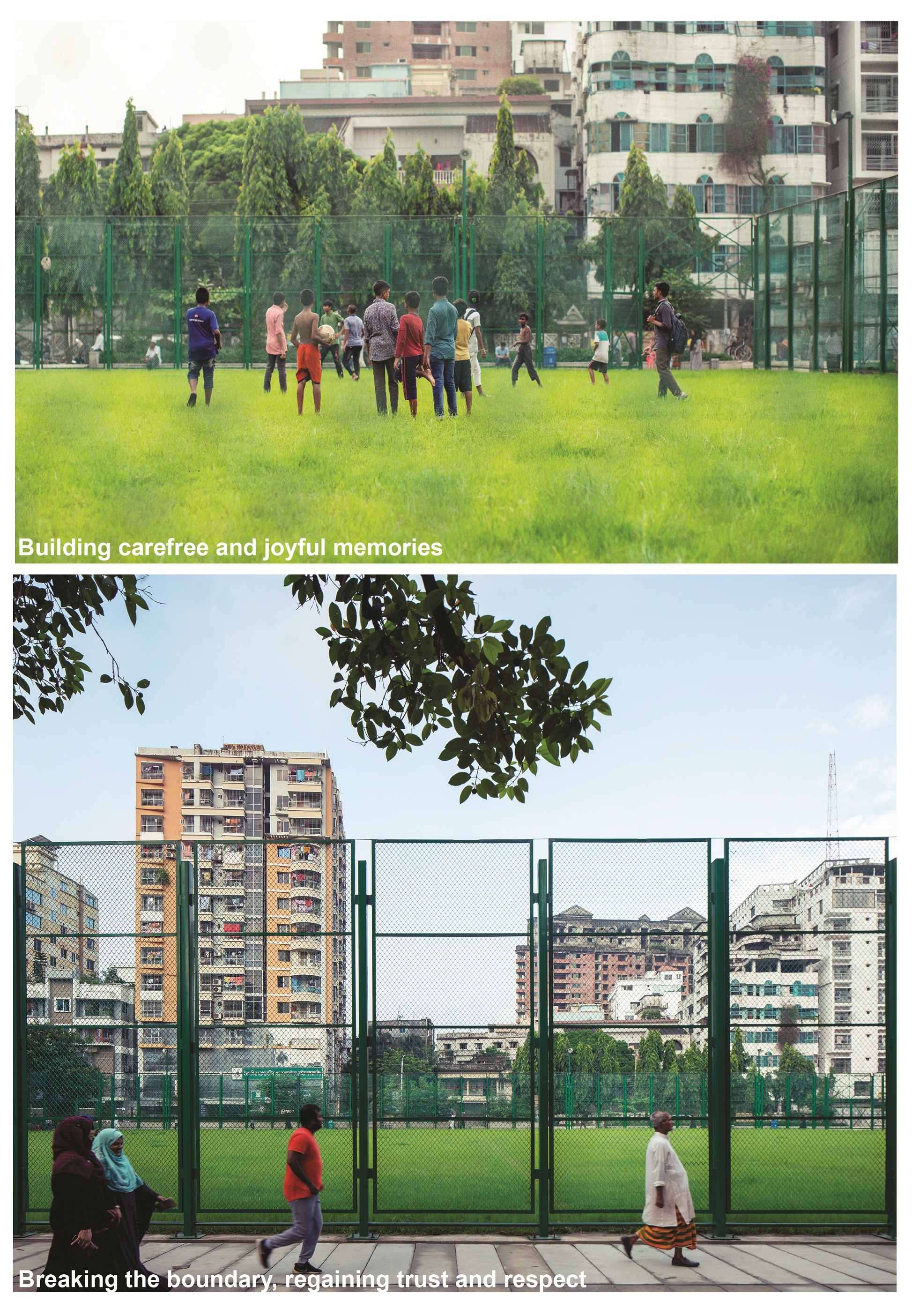 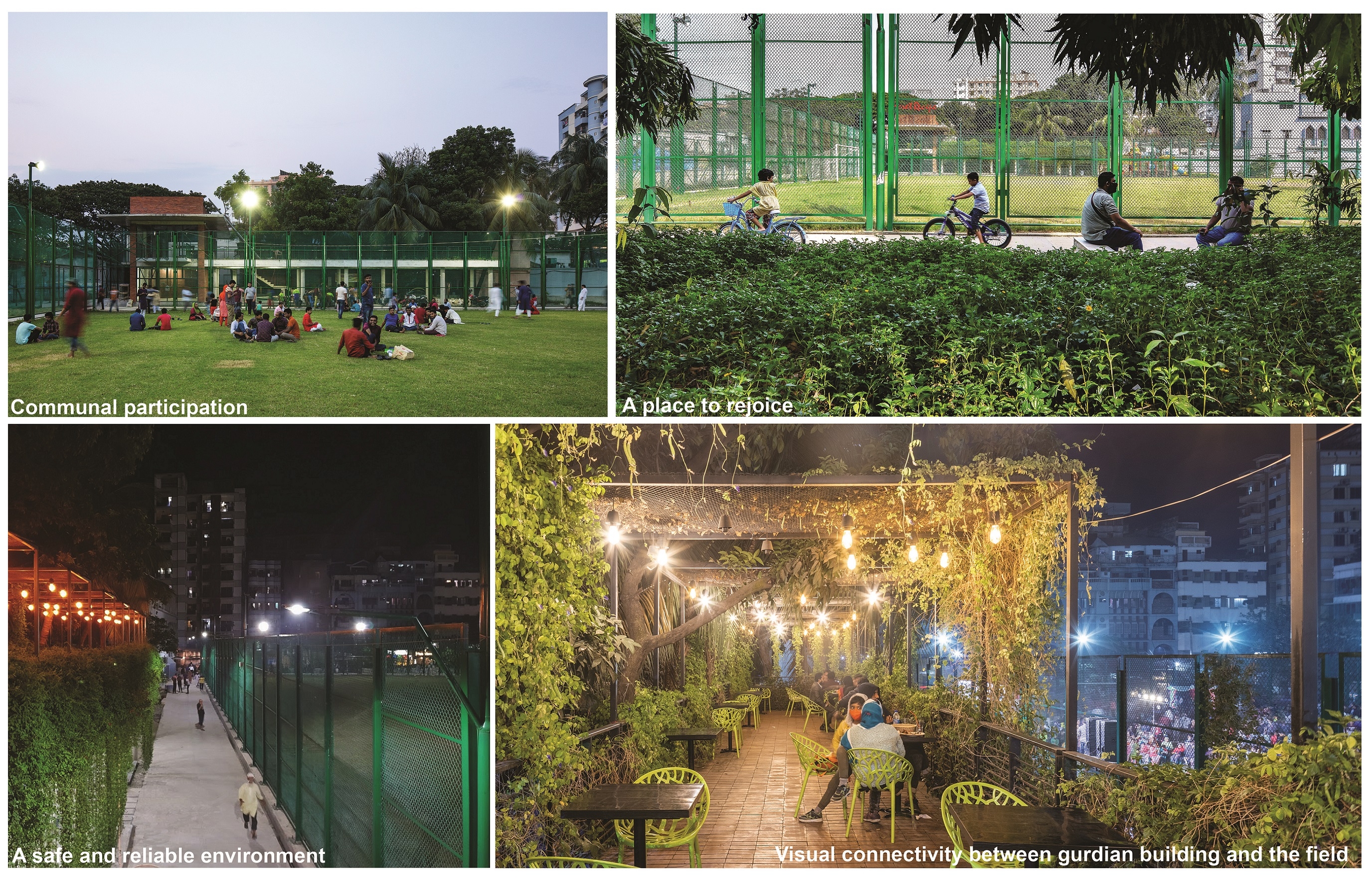 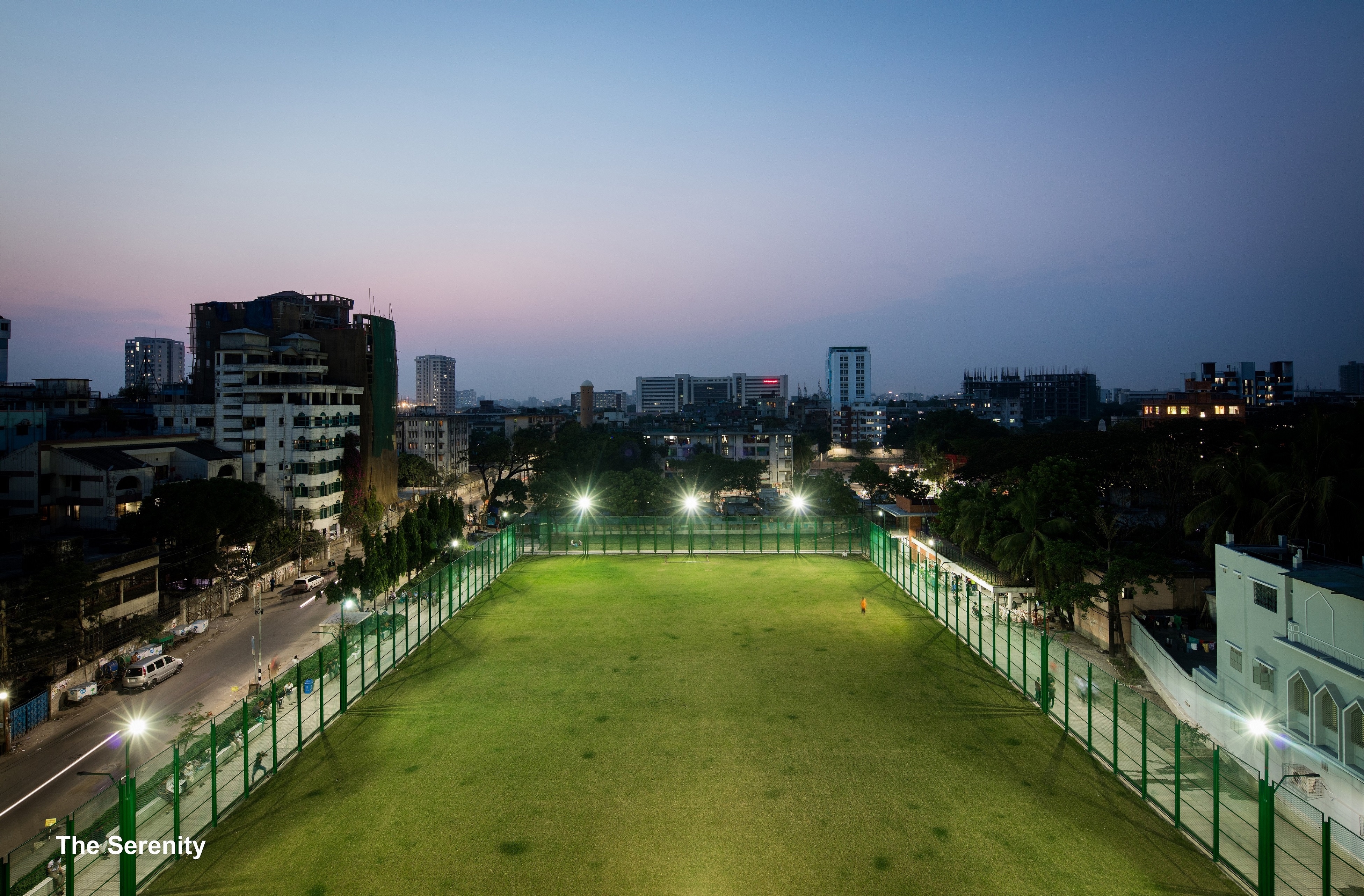 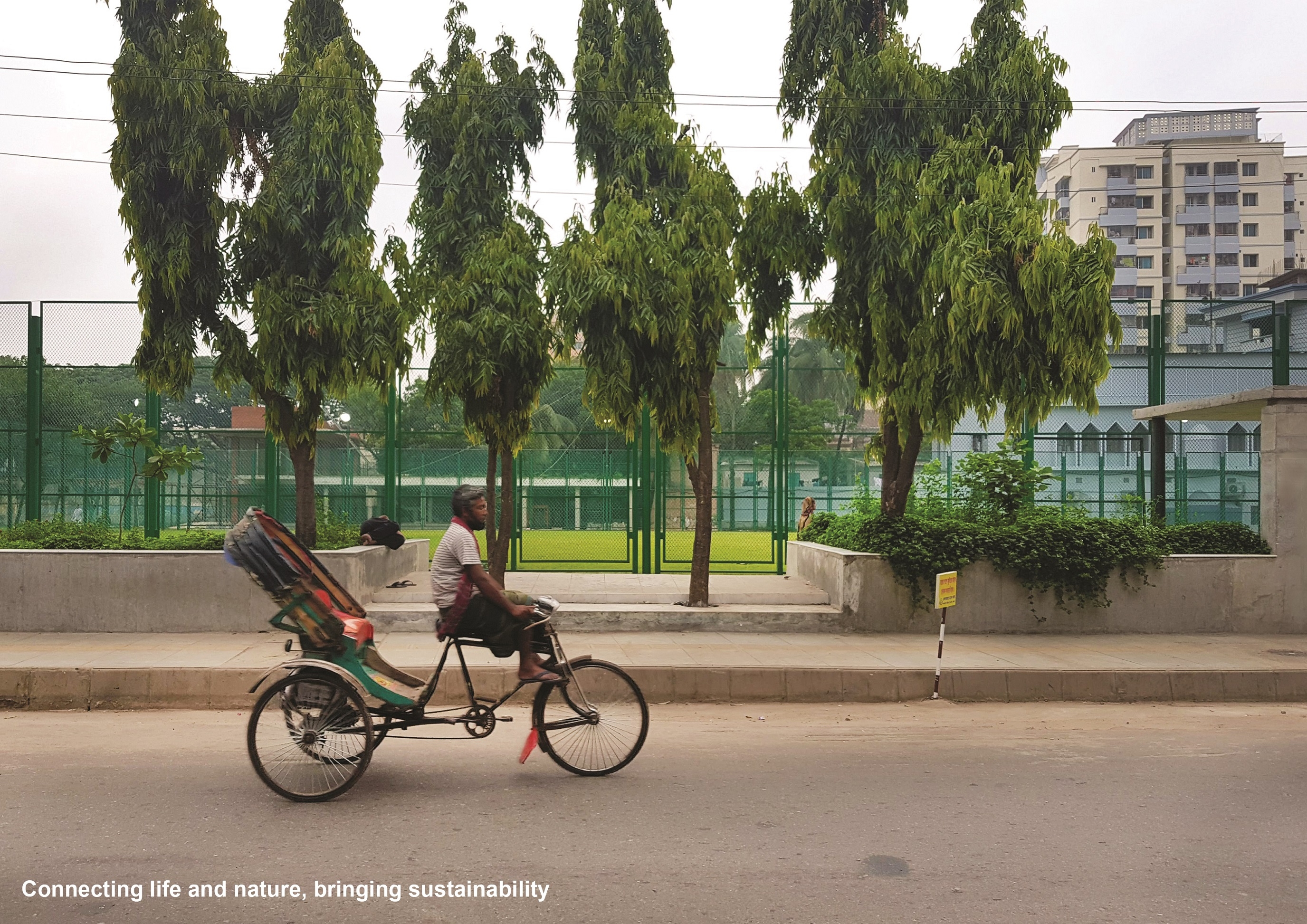 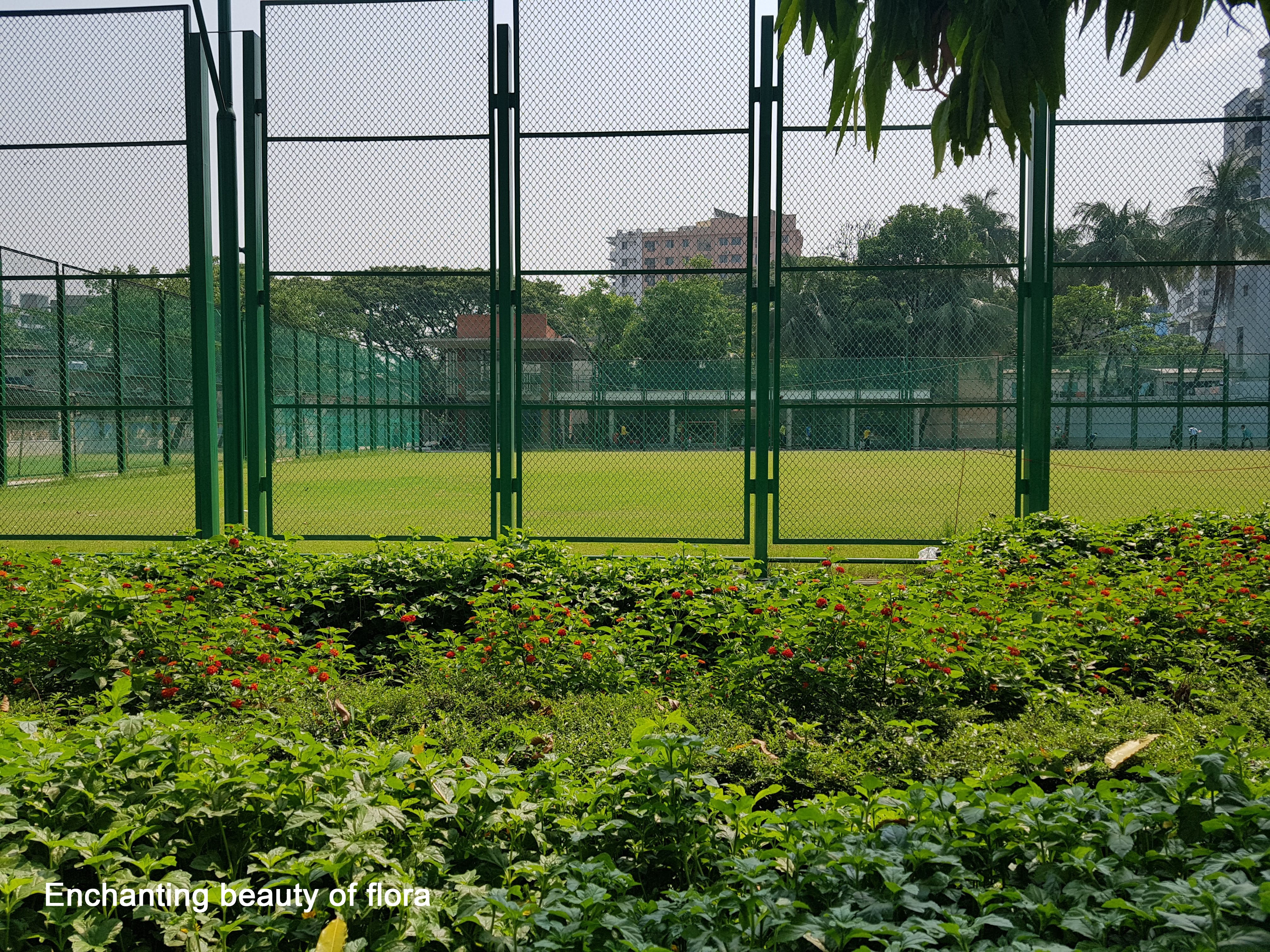 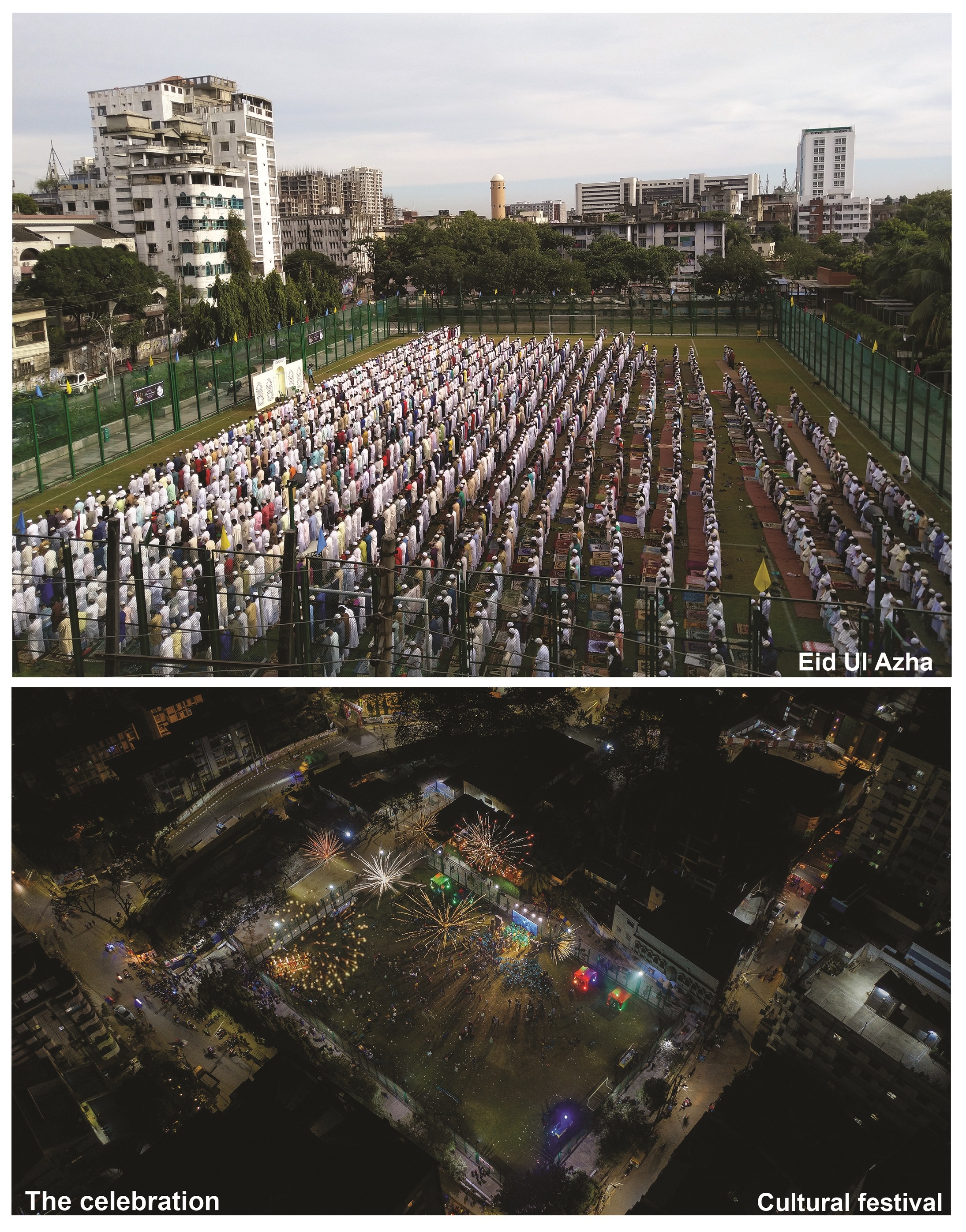