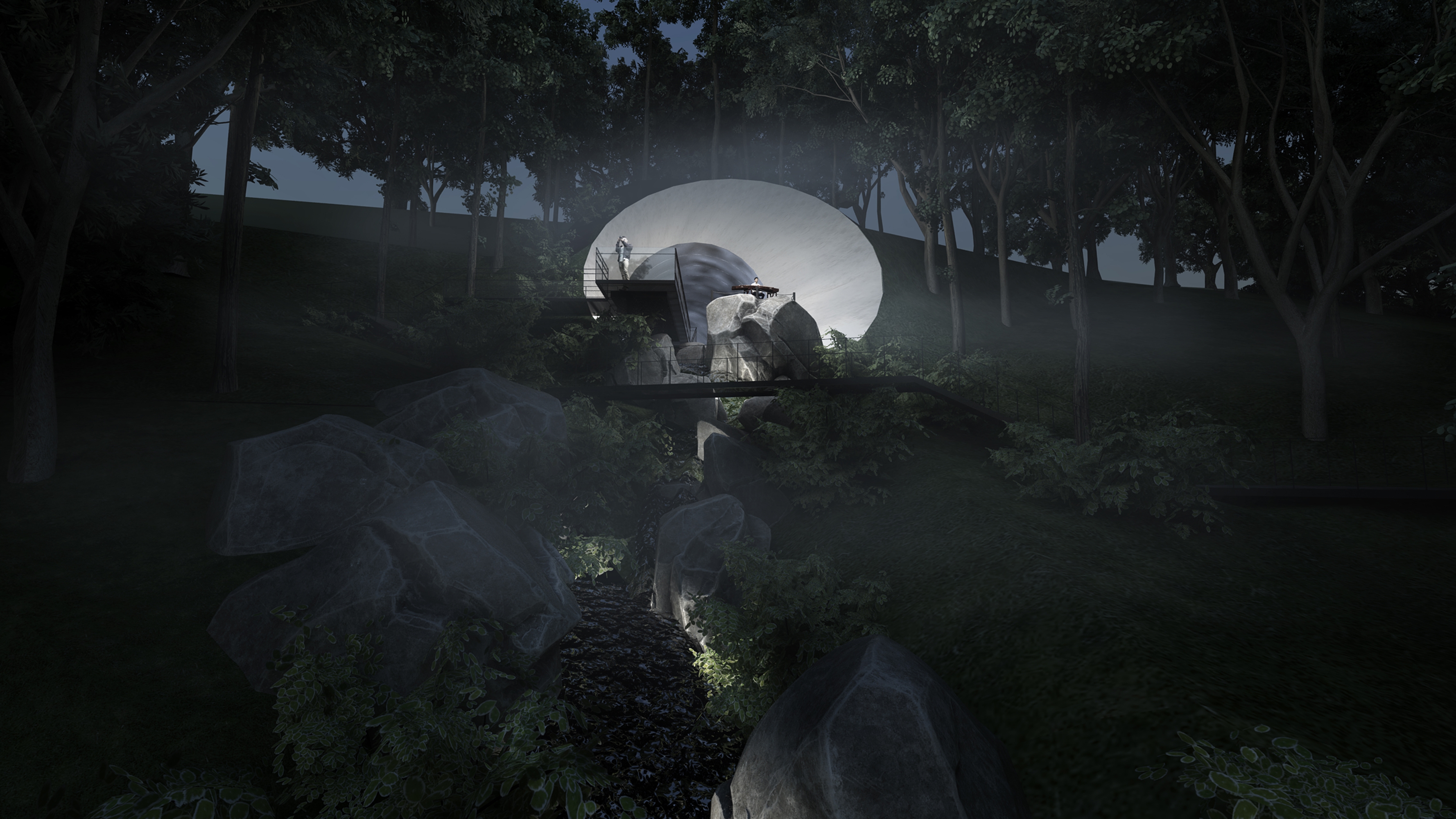 In Chinese traditional culture, the “moon" represents the lofty character of the literati spirit and the yearning emotion in the secular life. Inspired by the "moon", the design team accurately locates the position and orientation of the tunnel above the valley, to slice the tunnel and the entrance to the tunnel in an imitated earth-moon projection relationship, and create a crescent facade of the tunnel entrance in the mountain, explaining the relationship between the spirit and life from the aesthetic and philosophical aspects. 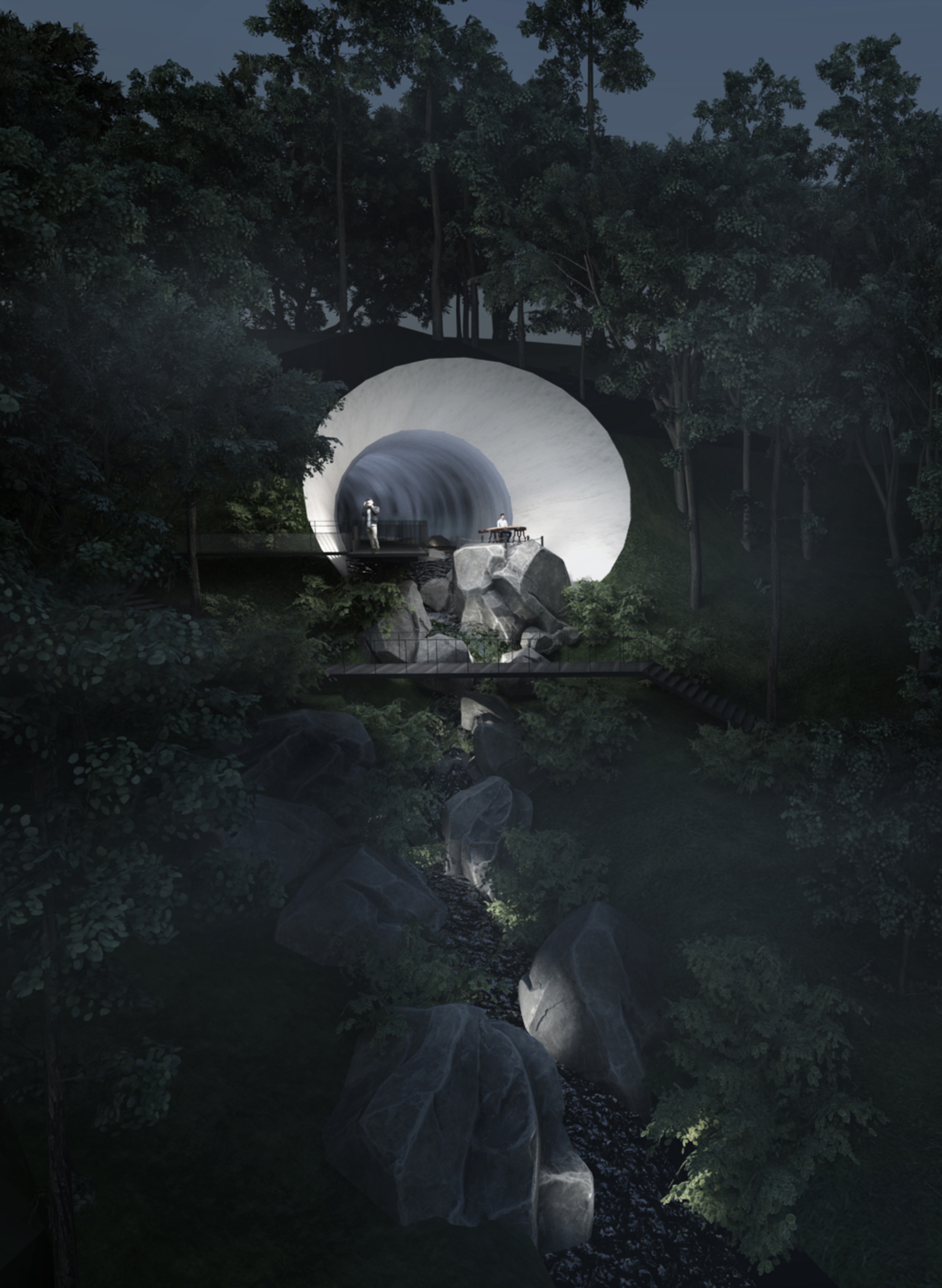 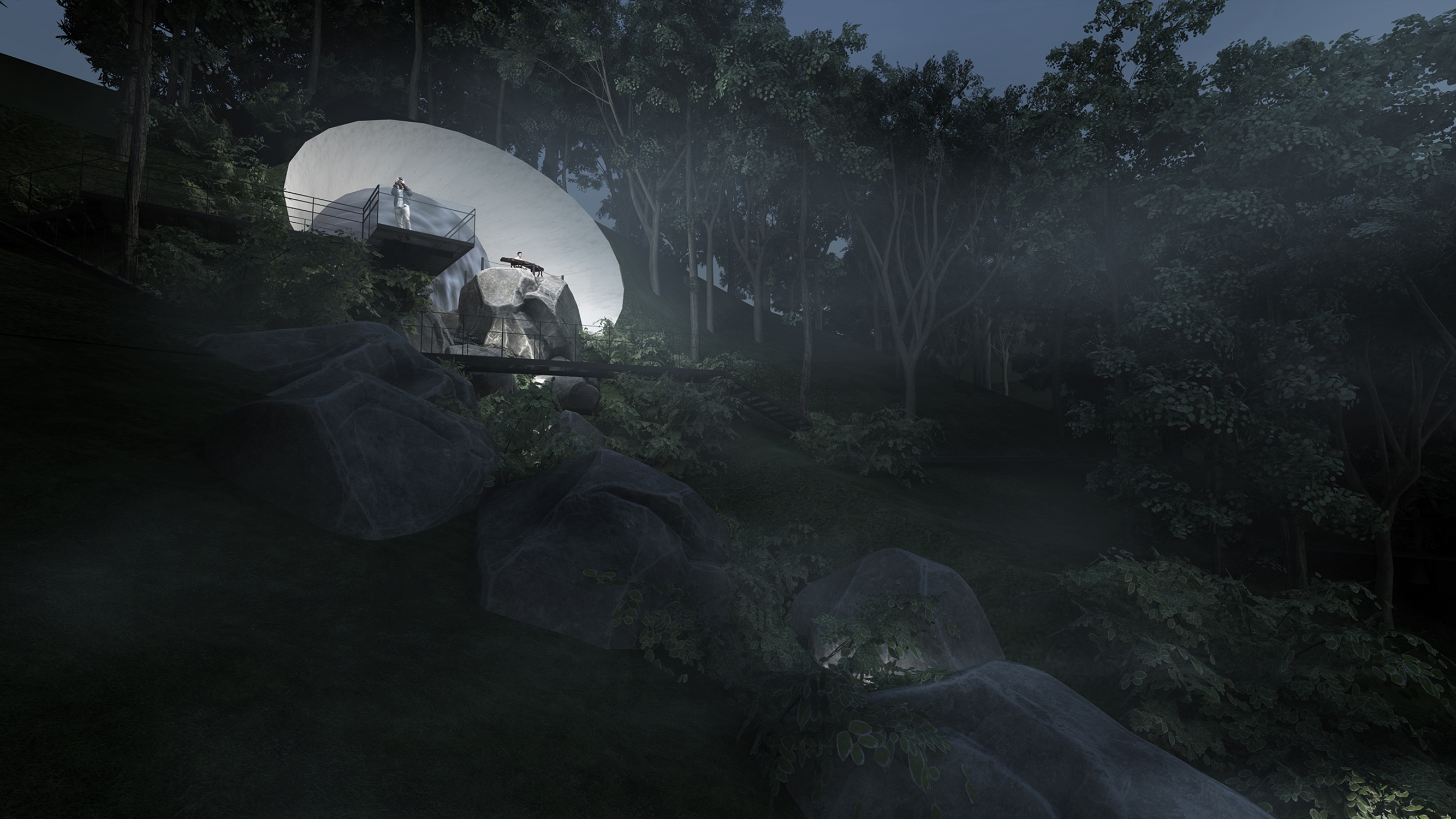 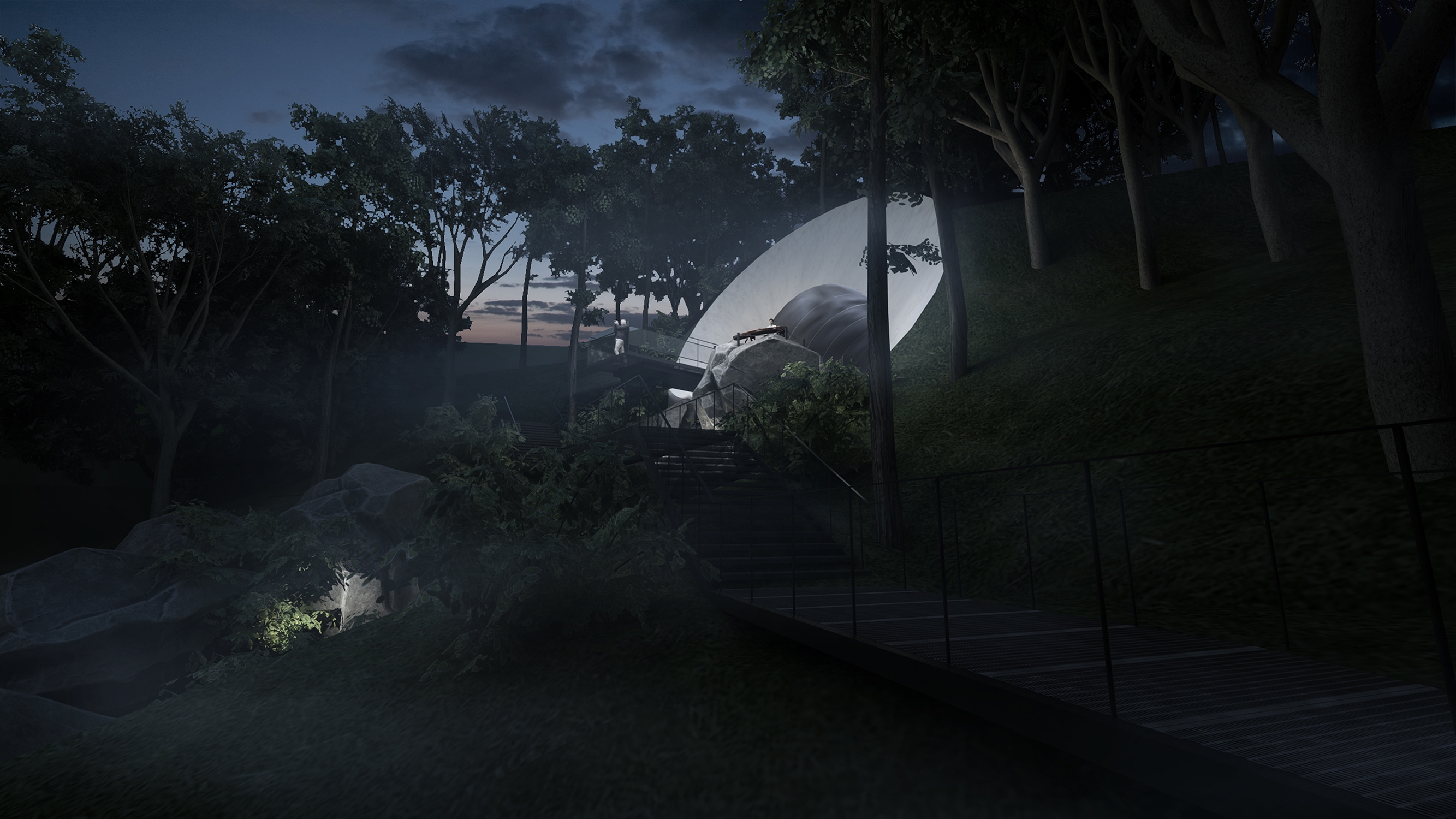 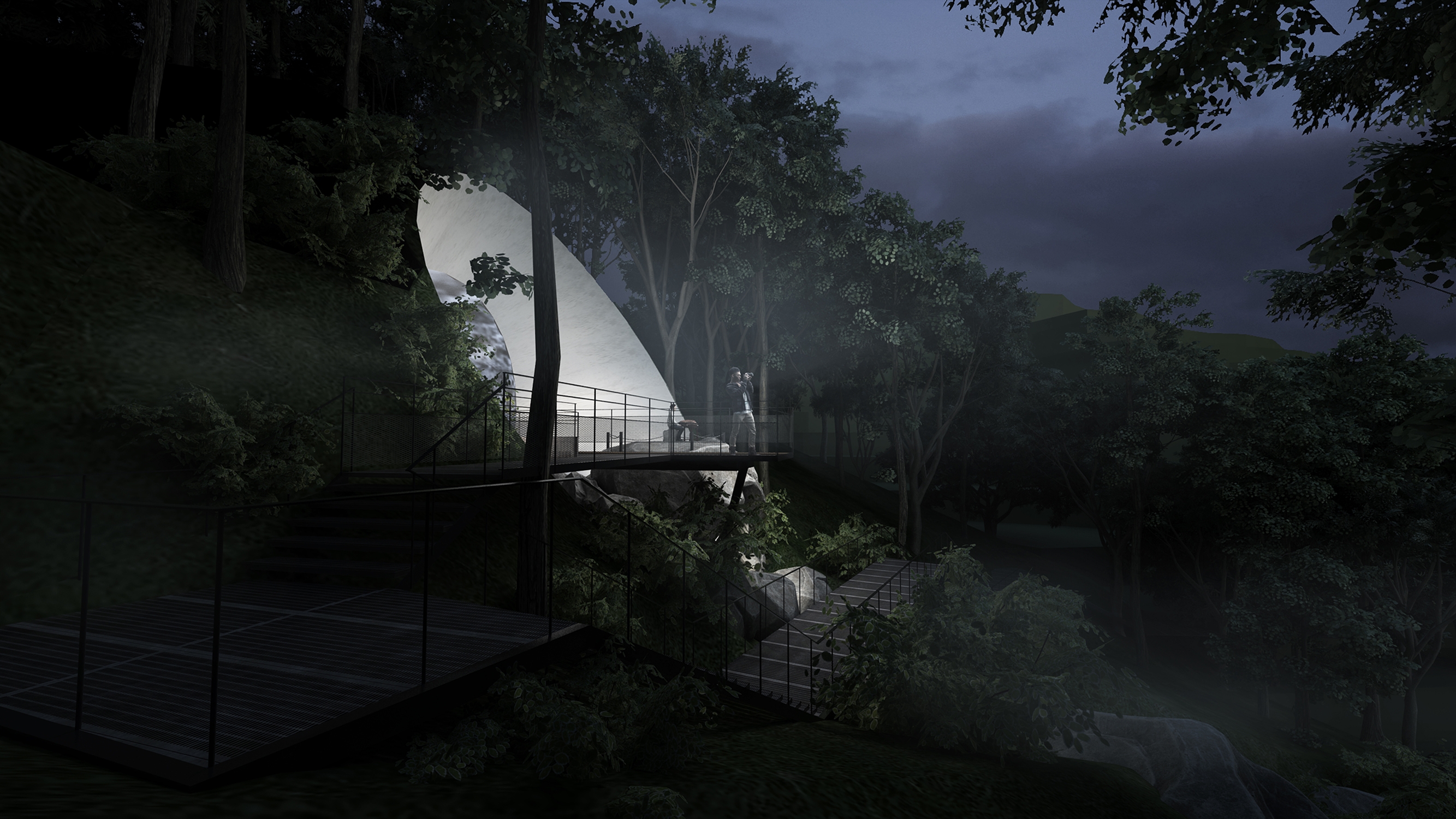 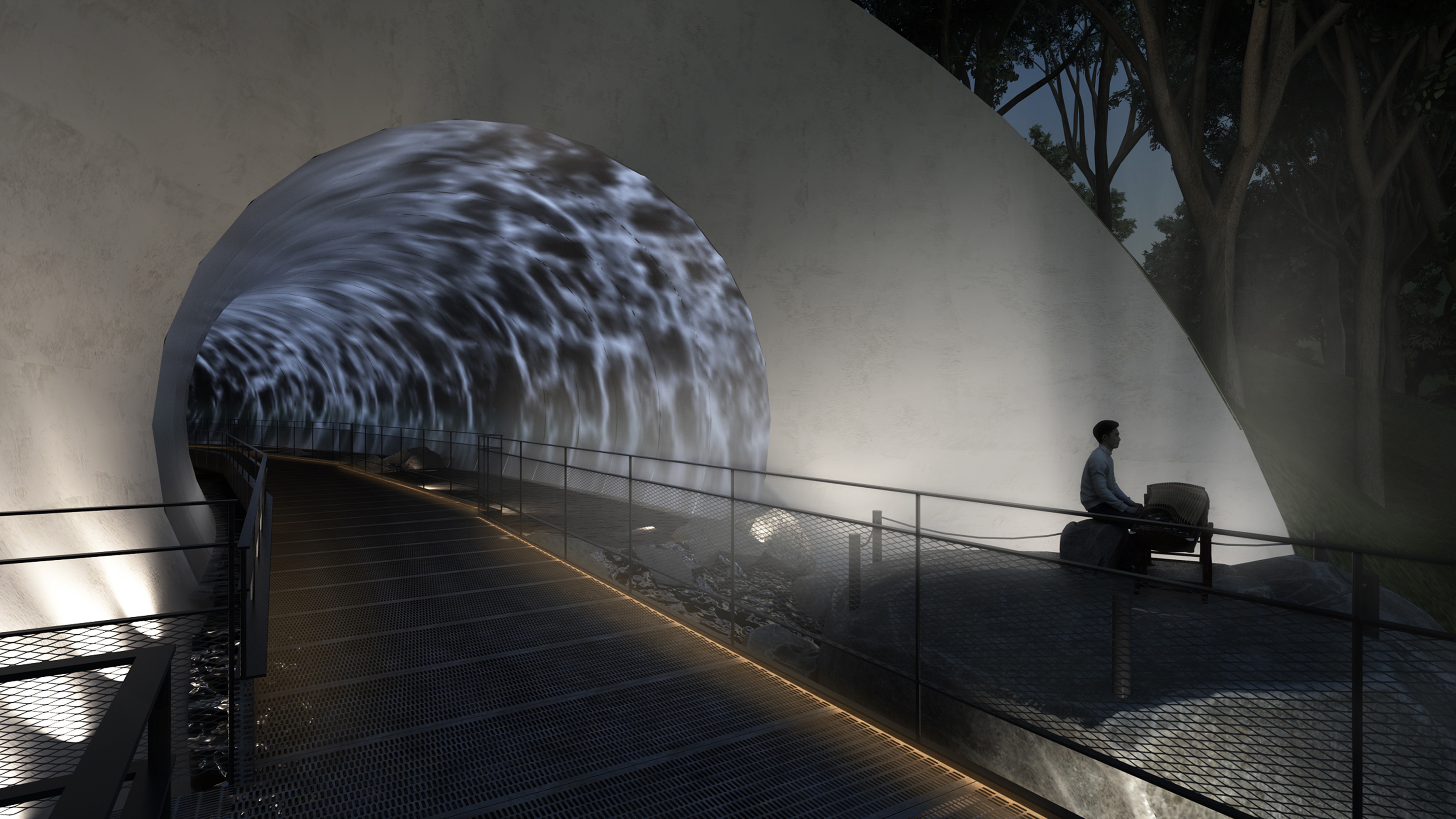 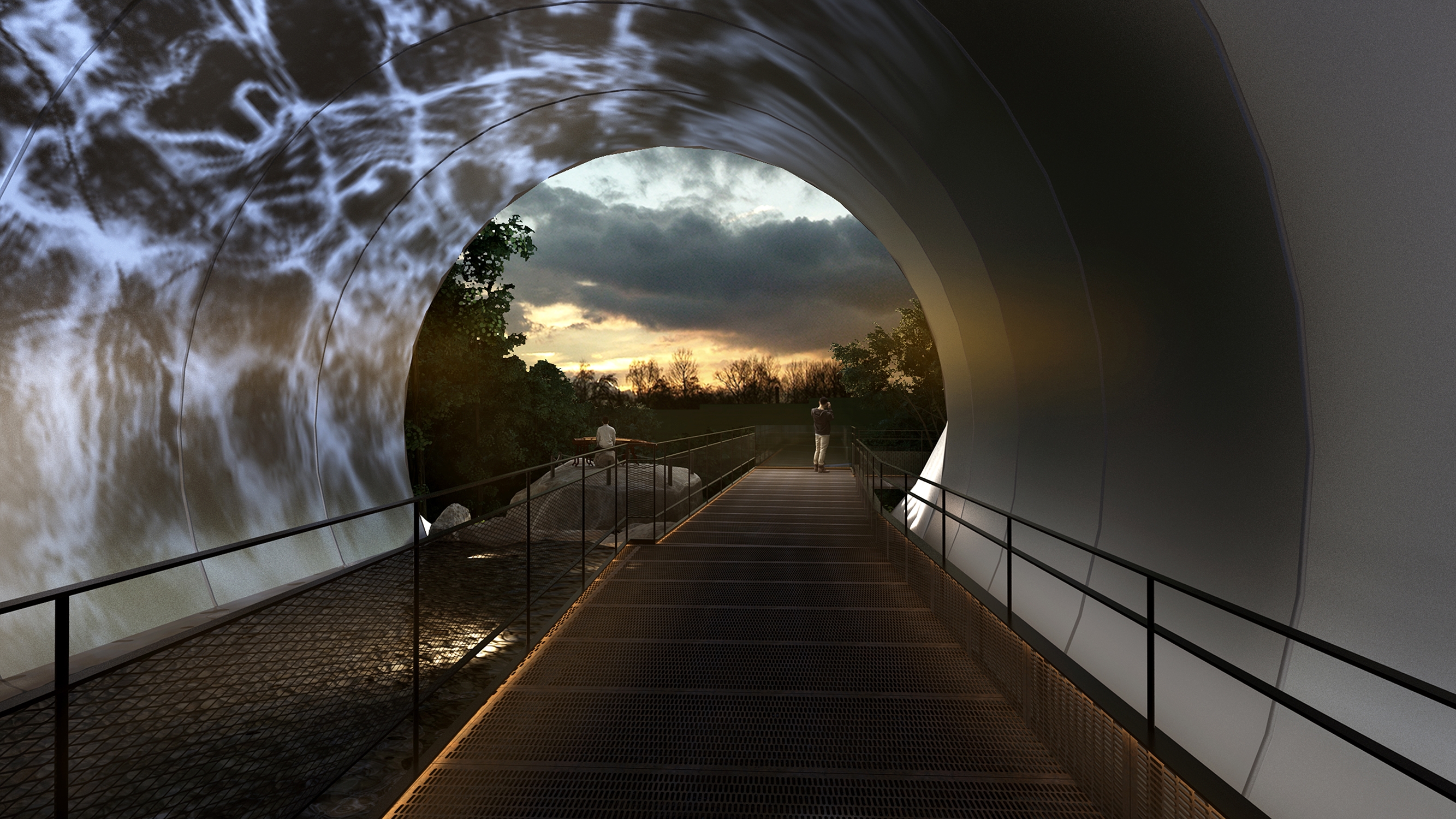 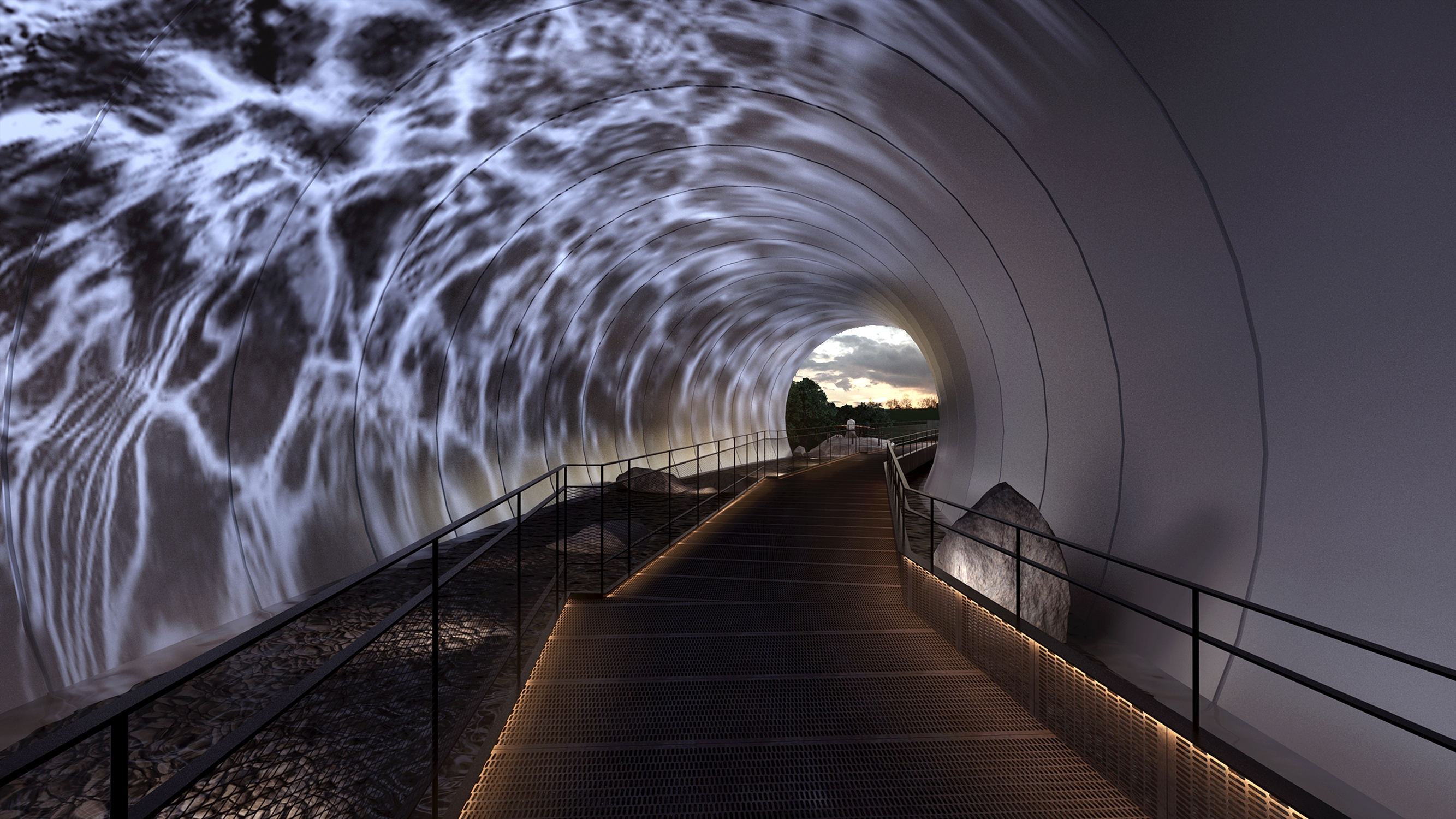 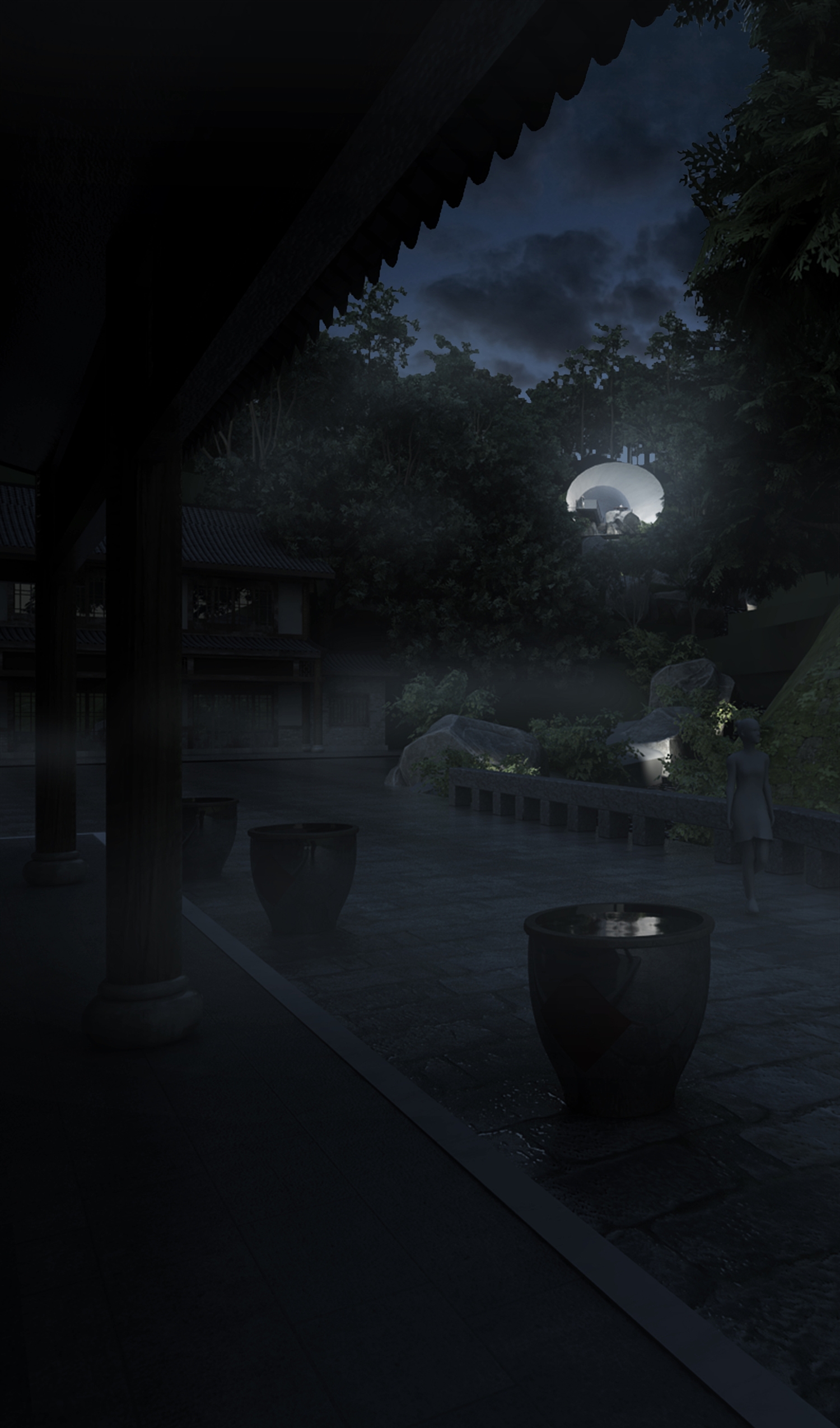