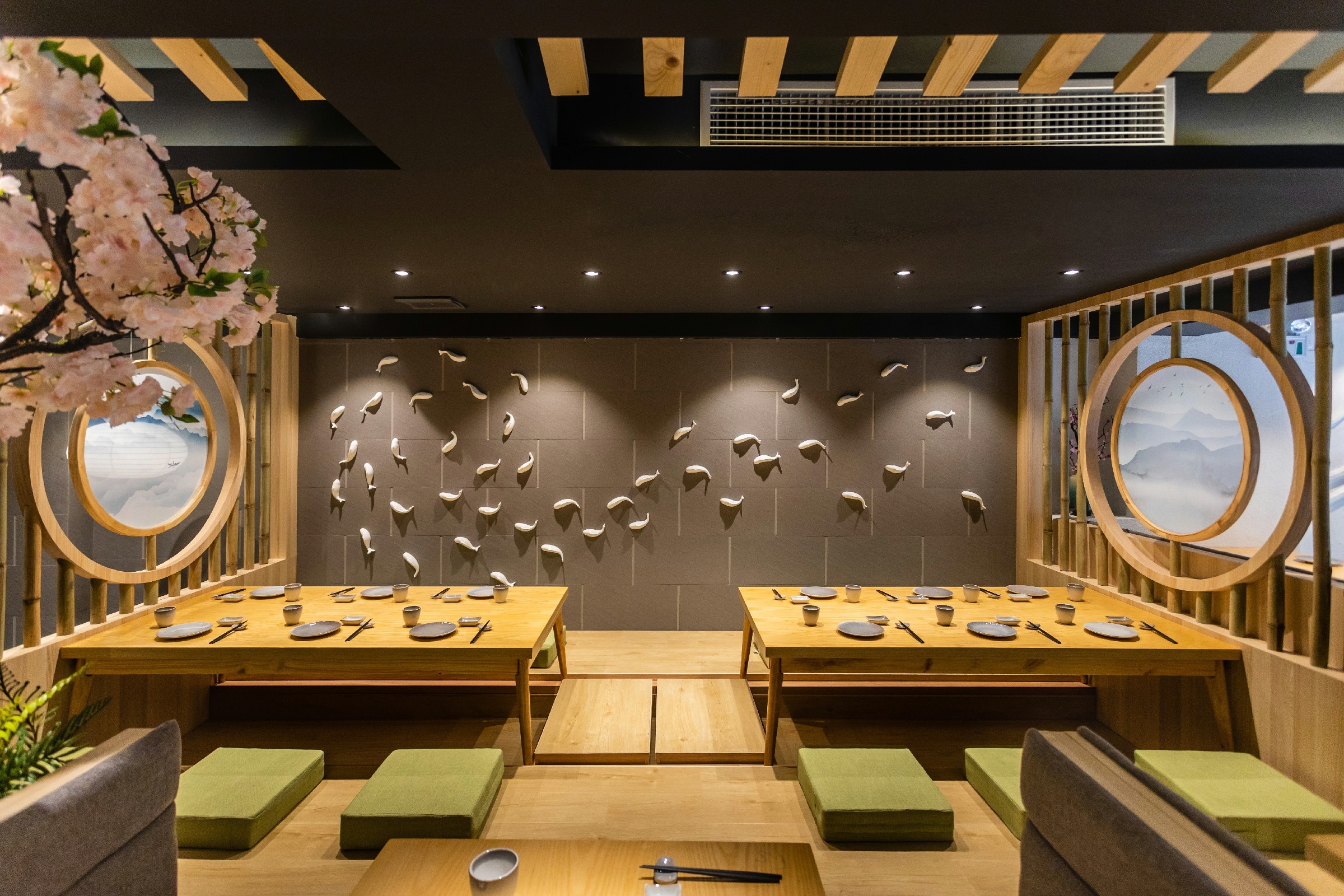 In the beginning this was just a small Japanese cuisine restaurant with only single floor less than 100 square meters. The designer dug up the ground so that now it’s got enough height for two stories, then built the second floor for the place to become a duplex. The kitchen area is in the first floor and the dining room in the second. To present the novelty of the Japanese cuisine, a bamboo carved as a giant fish is placed in the brightest side of the restaurant. The dining area in the hallway forms a water wall because of the bamboo fish--which is the theme of the restaurant. 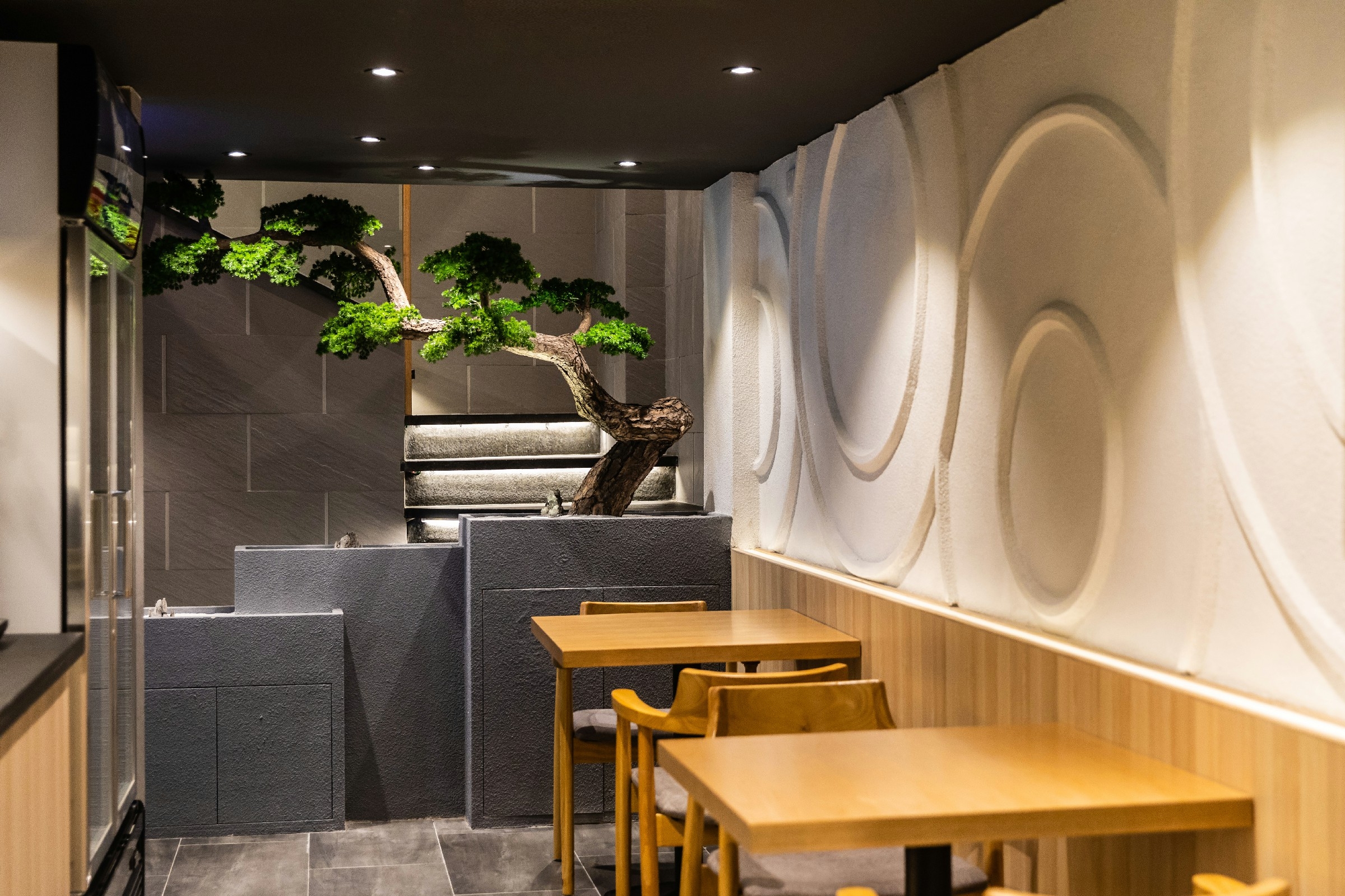 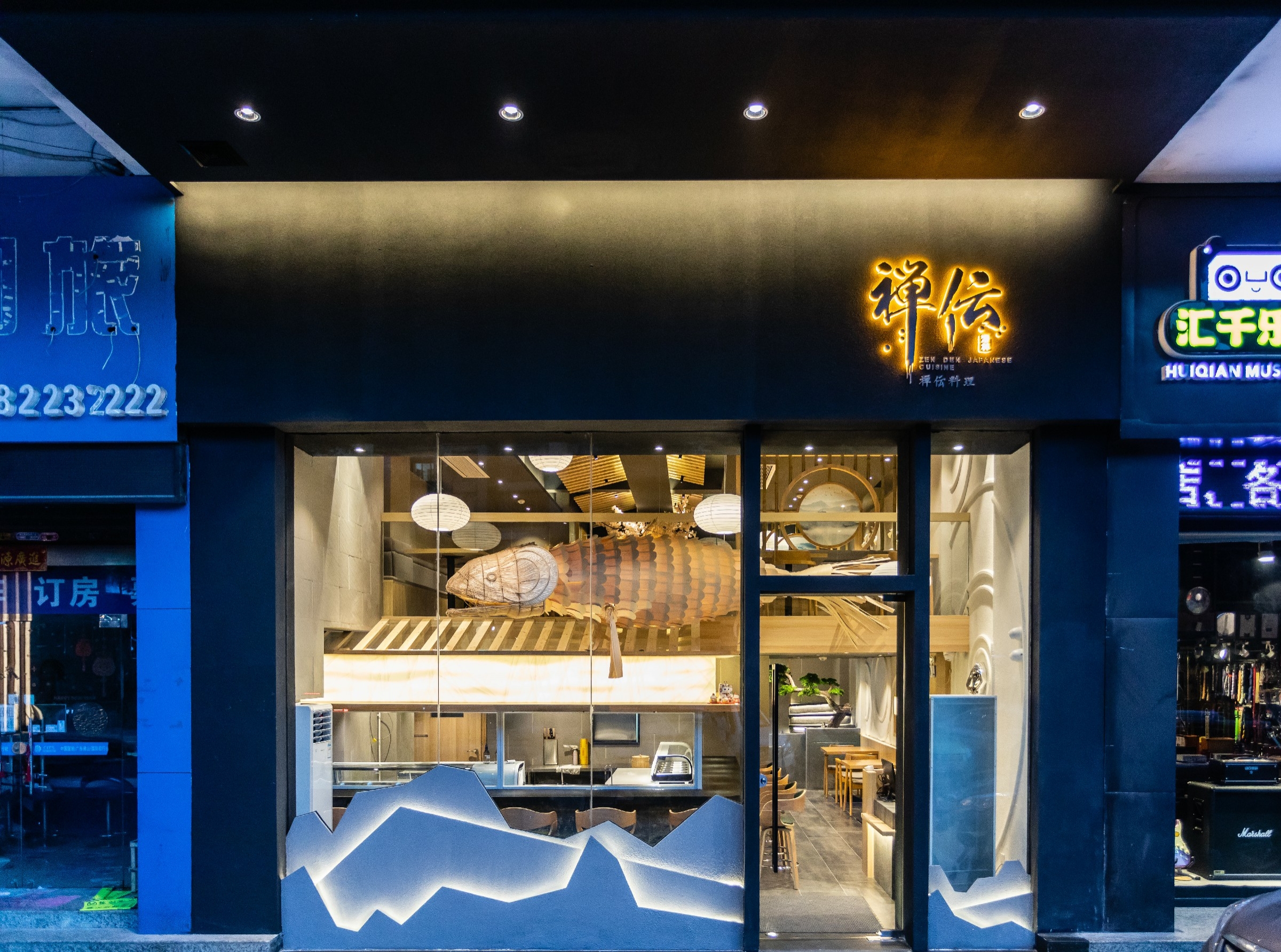 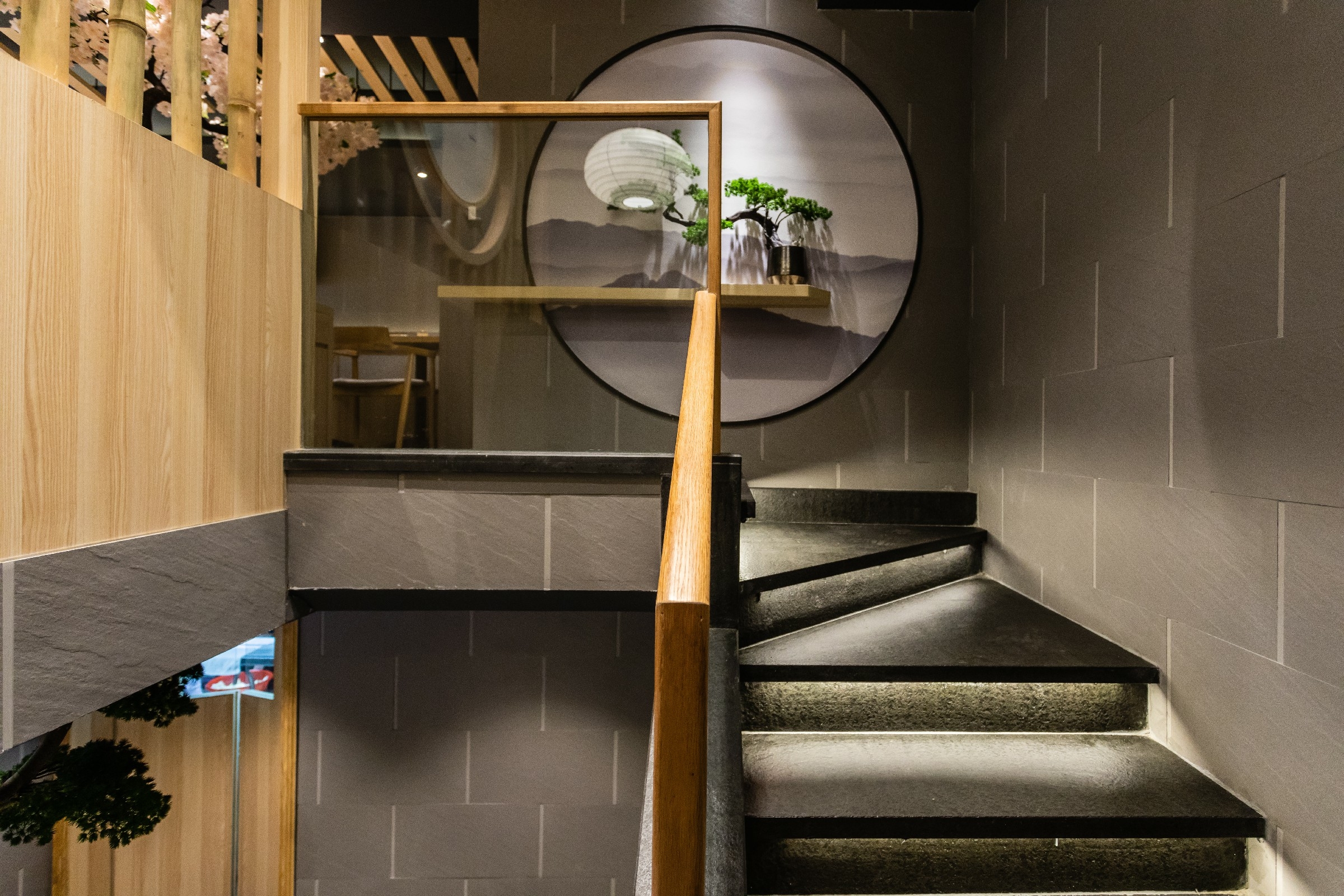 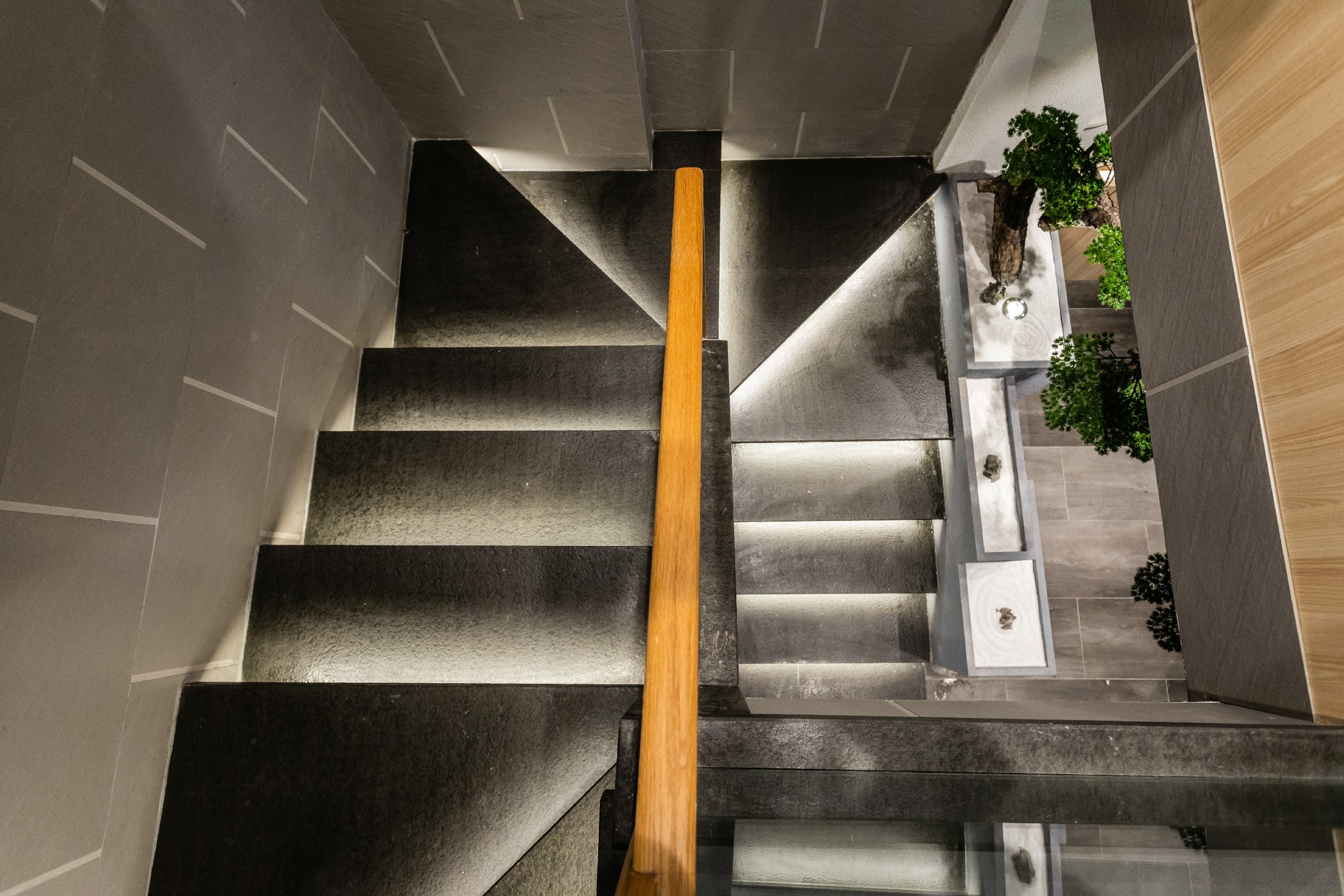 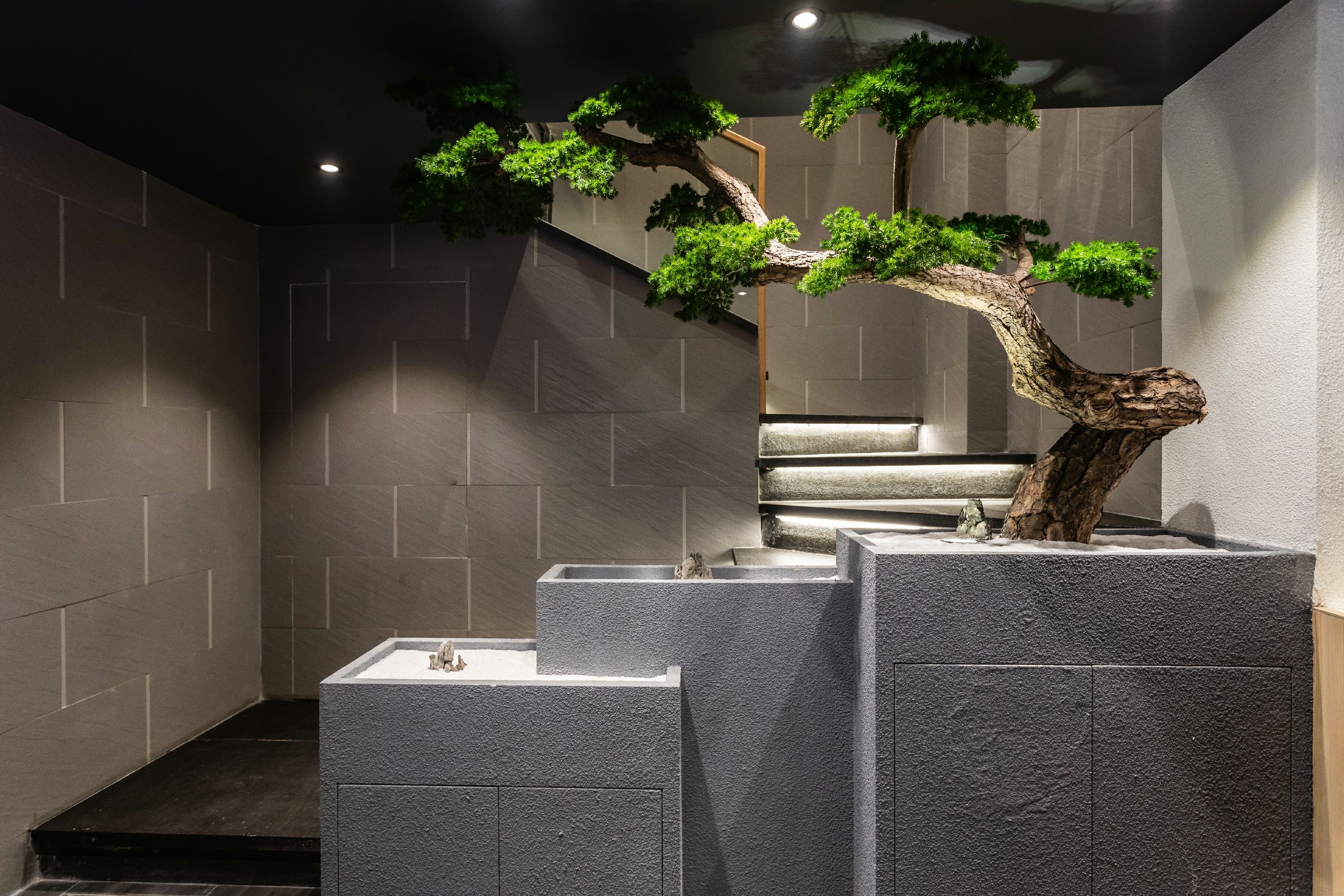 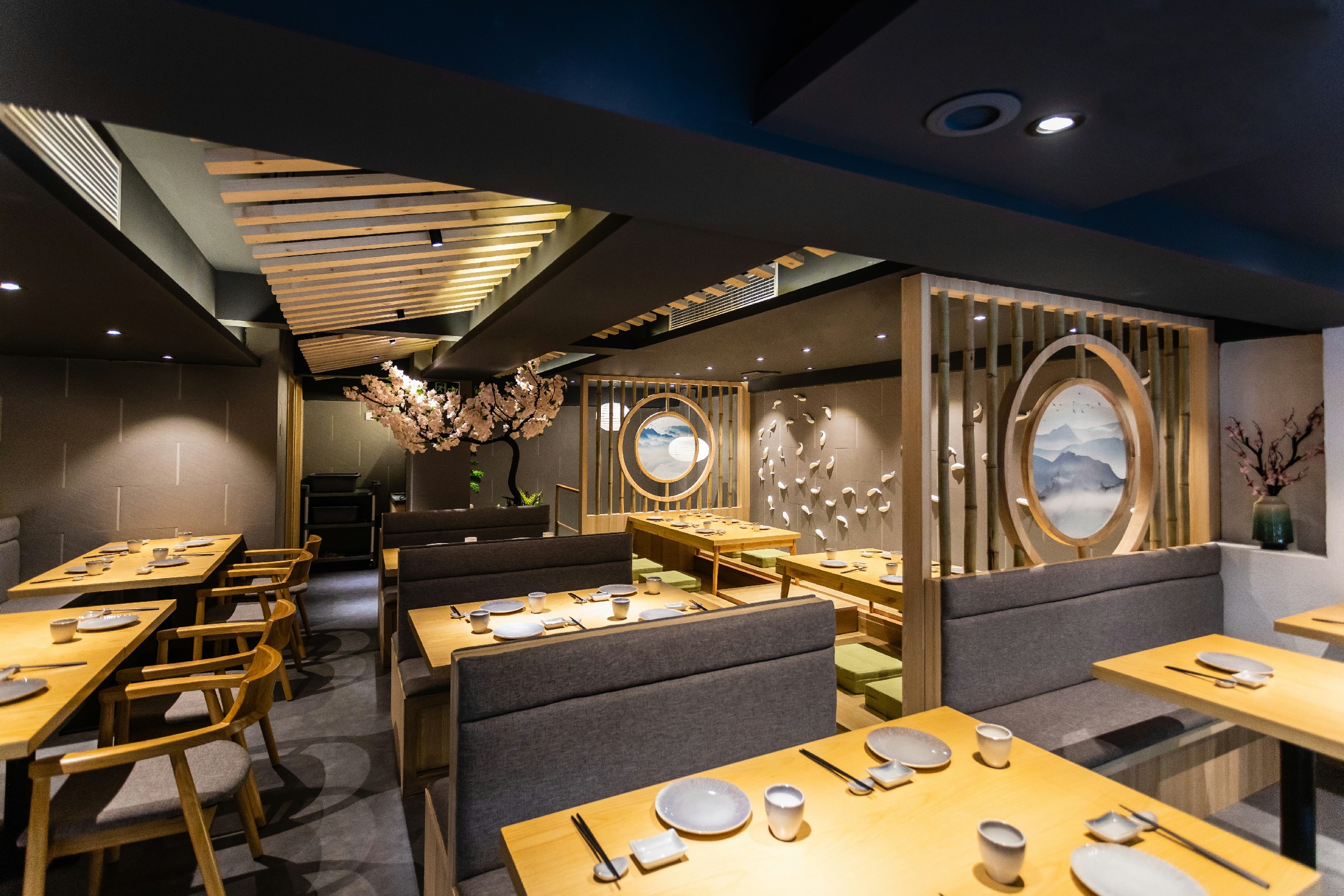 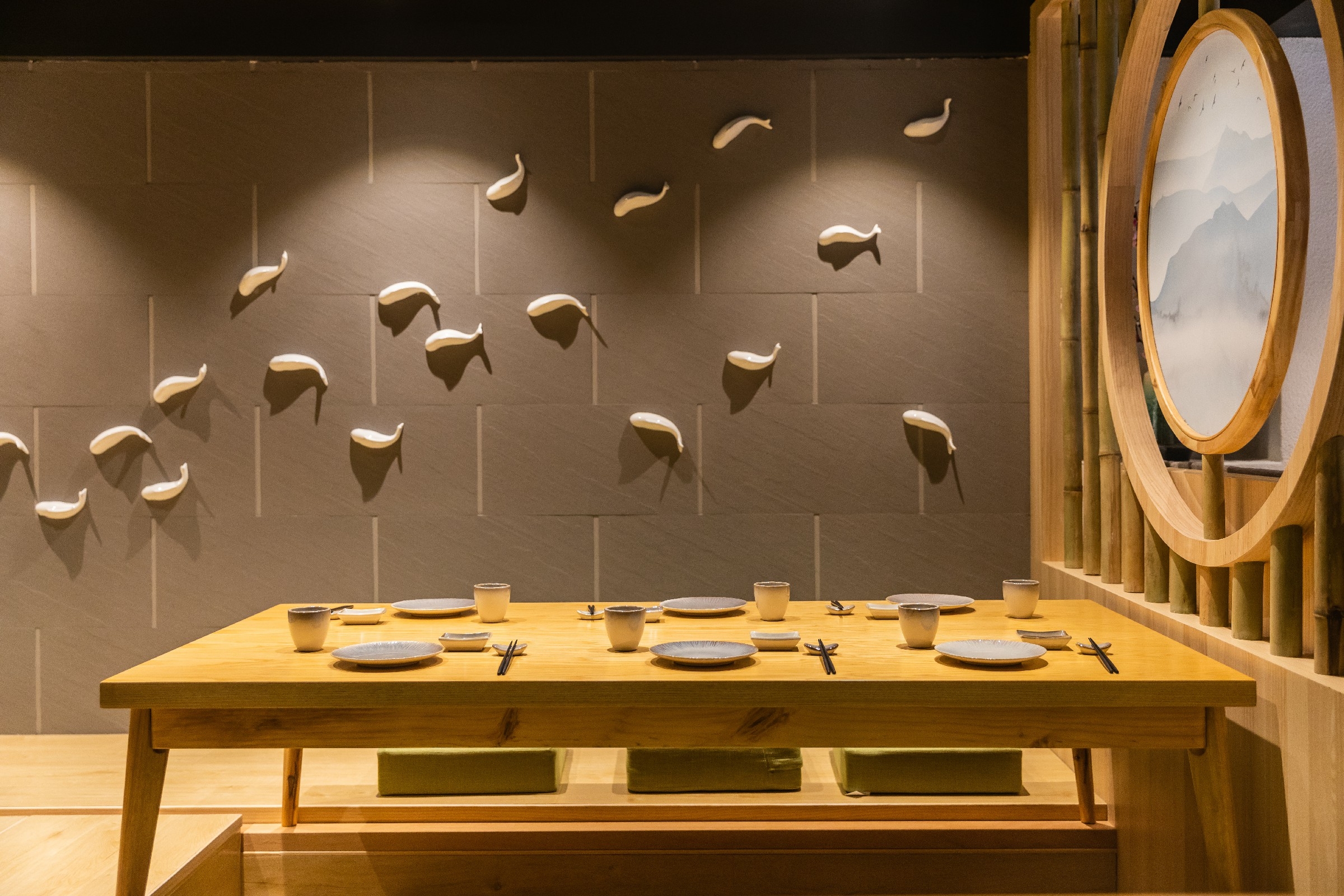 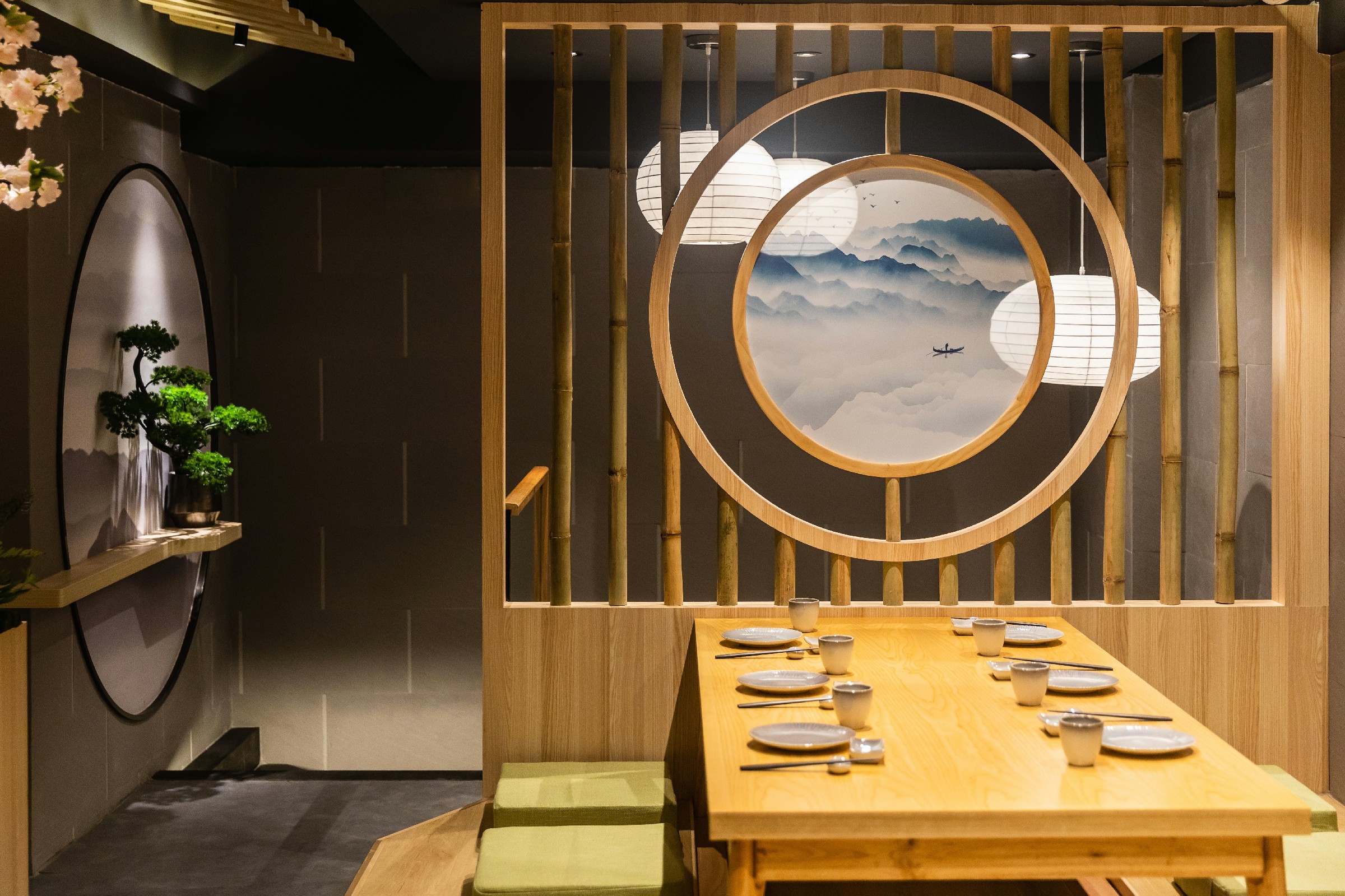 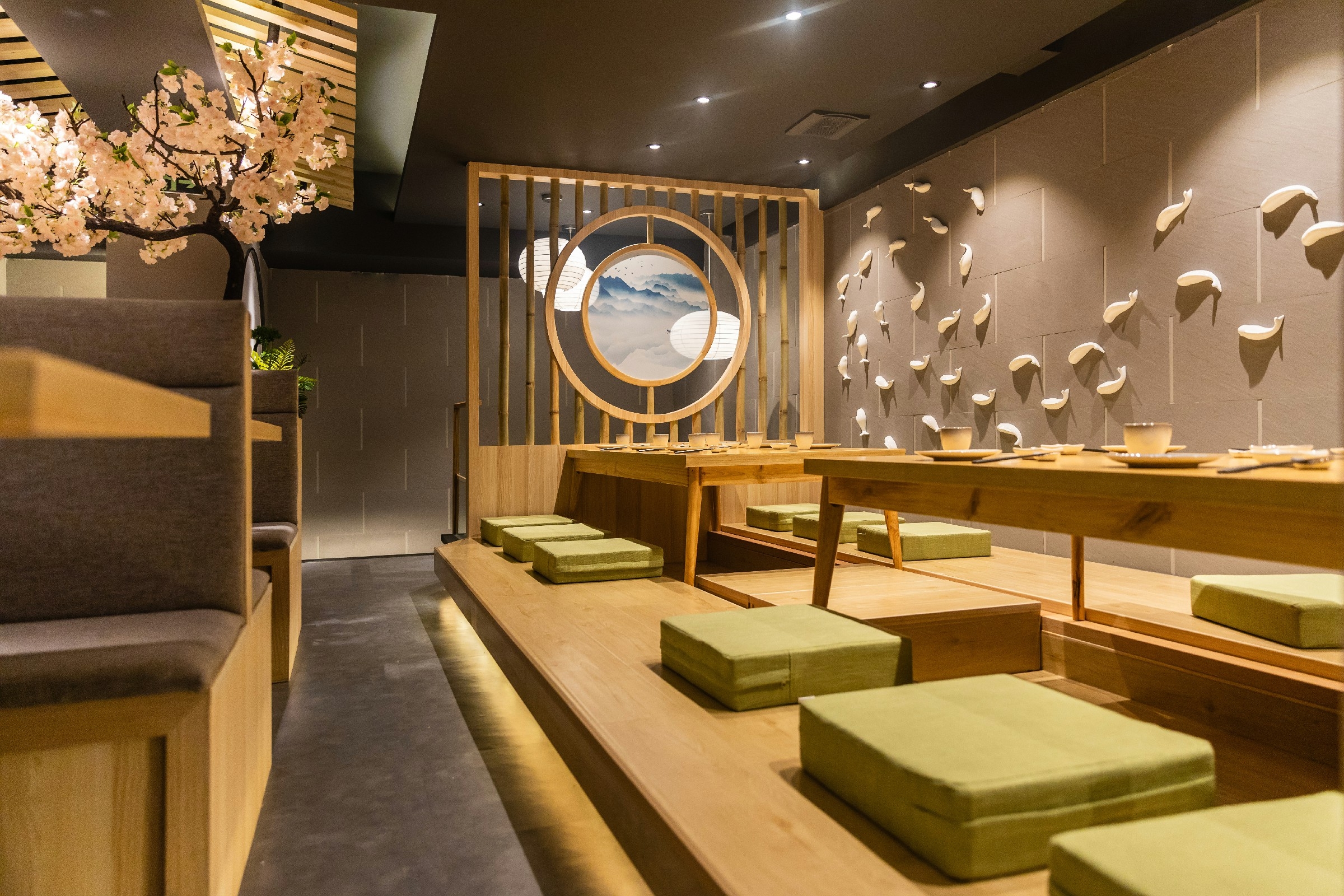 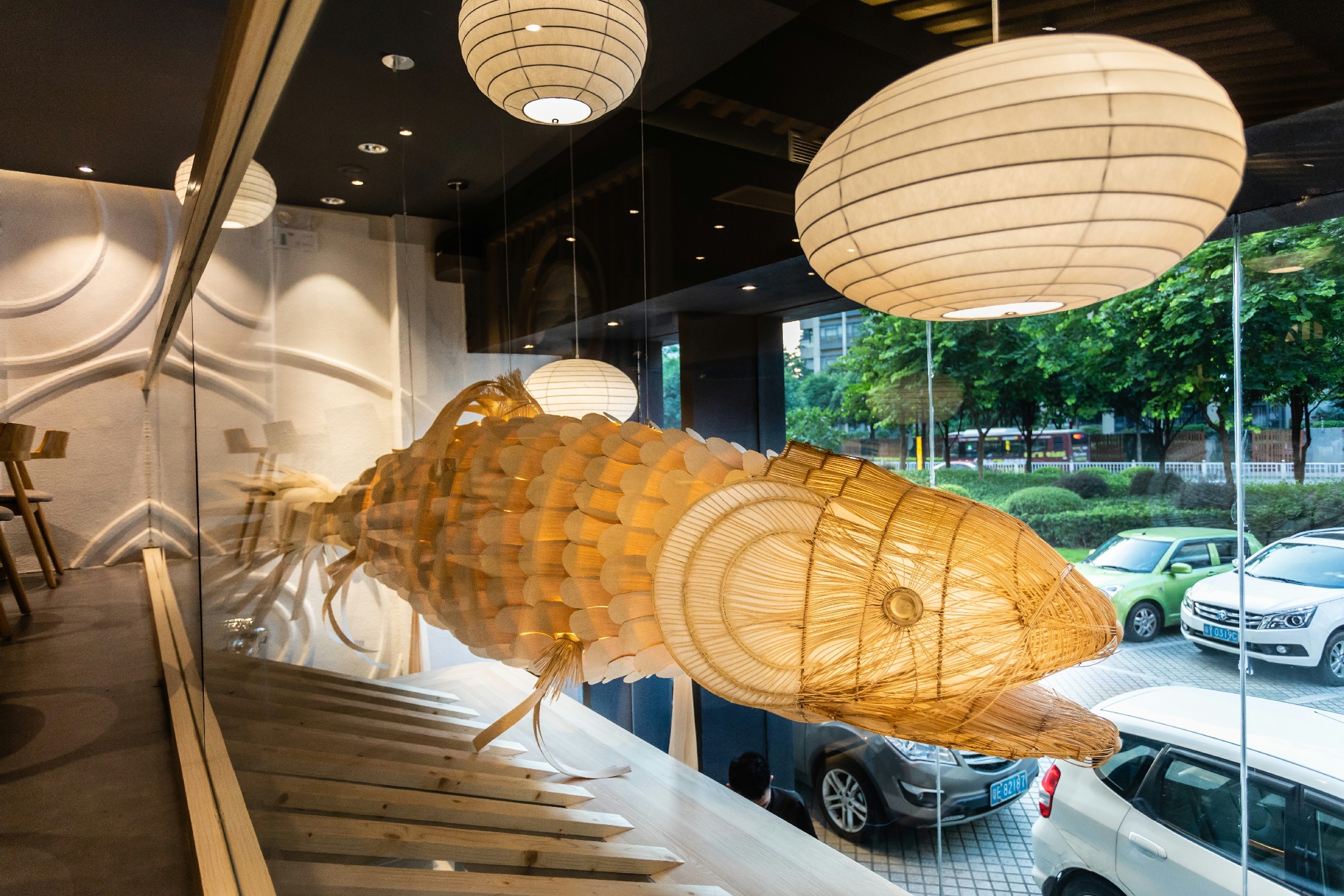