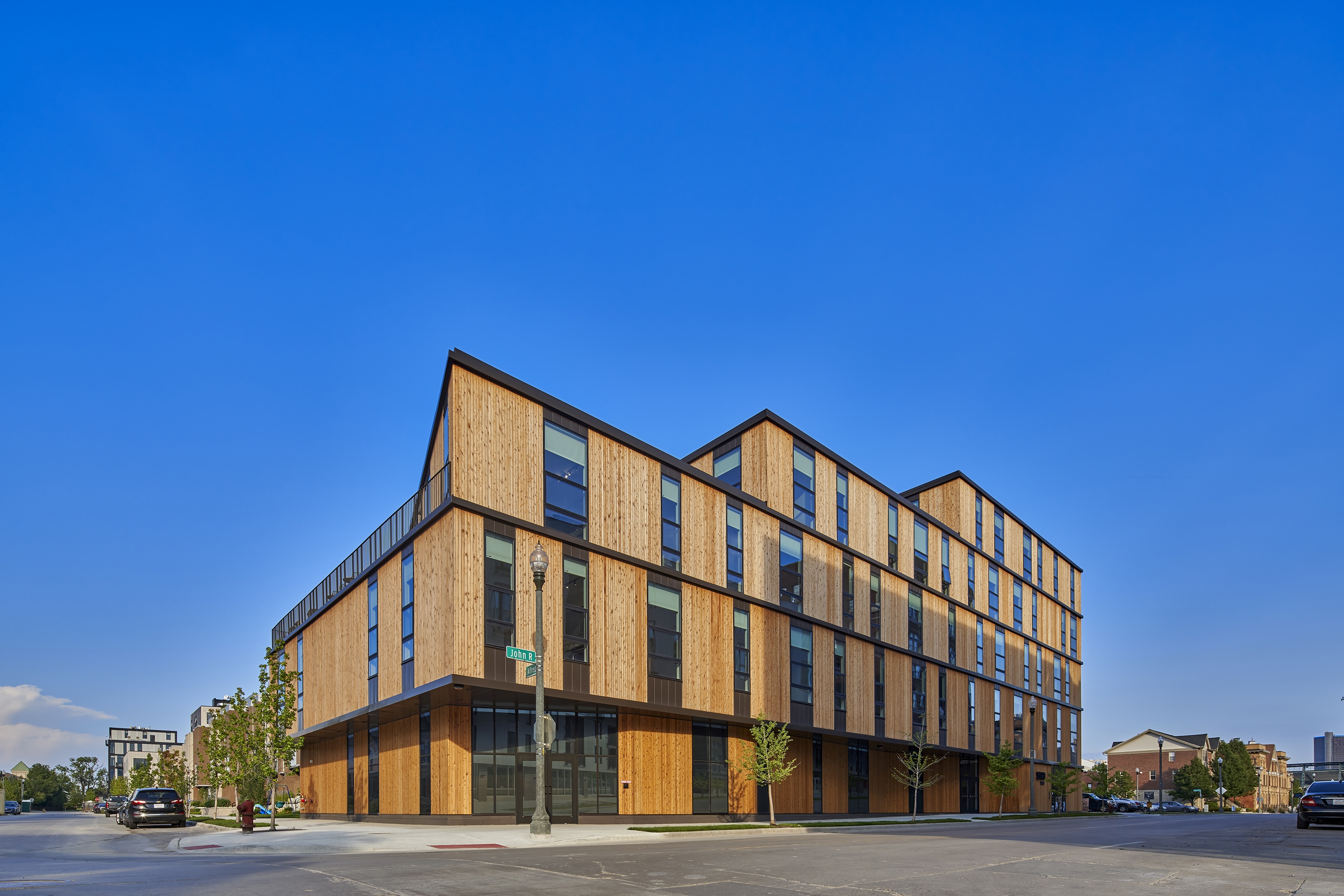 In 2016 we were invited by Quicken Loans’ development arm, Bedrock, to design four corner buildings for their City Modern project at Brush Park. This will be the first large-scale housing project in Detroit in over 65 years, since Mies van der Rohe’s Lafayette Park. Instead of leveling and displacing an entire community, as the Modernist project did in 1956, the development will be stitched into the existing street fabric, serving as a bridge between downtown and midtown, and bringing much-needed housing to Detroit. If done right, a new complex could allow life to spill into the streets. 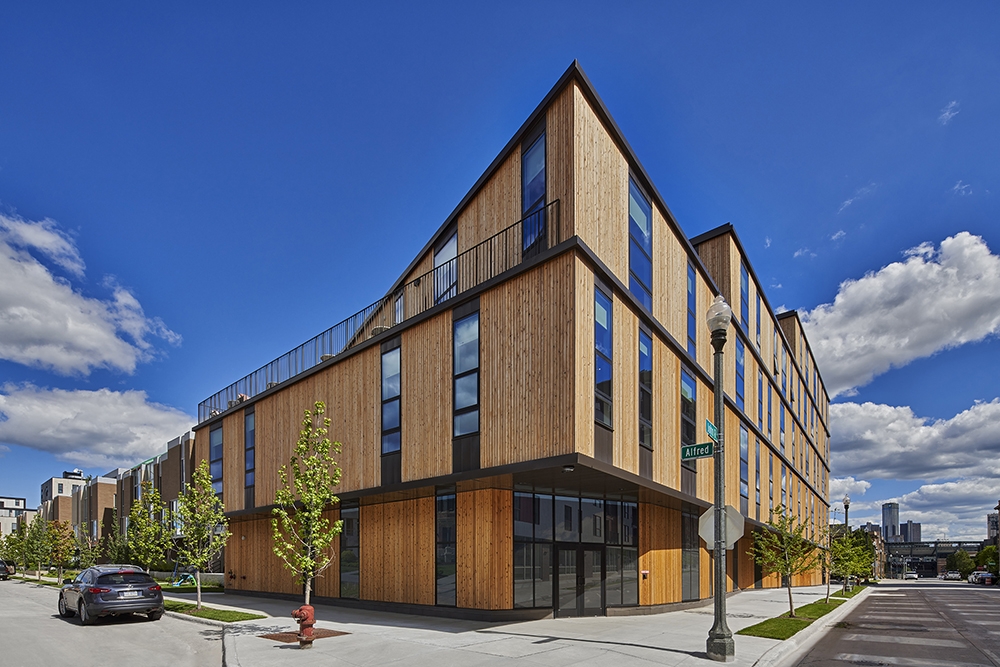 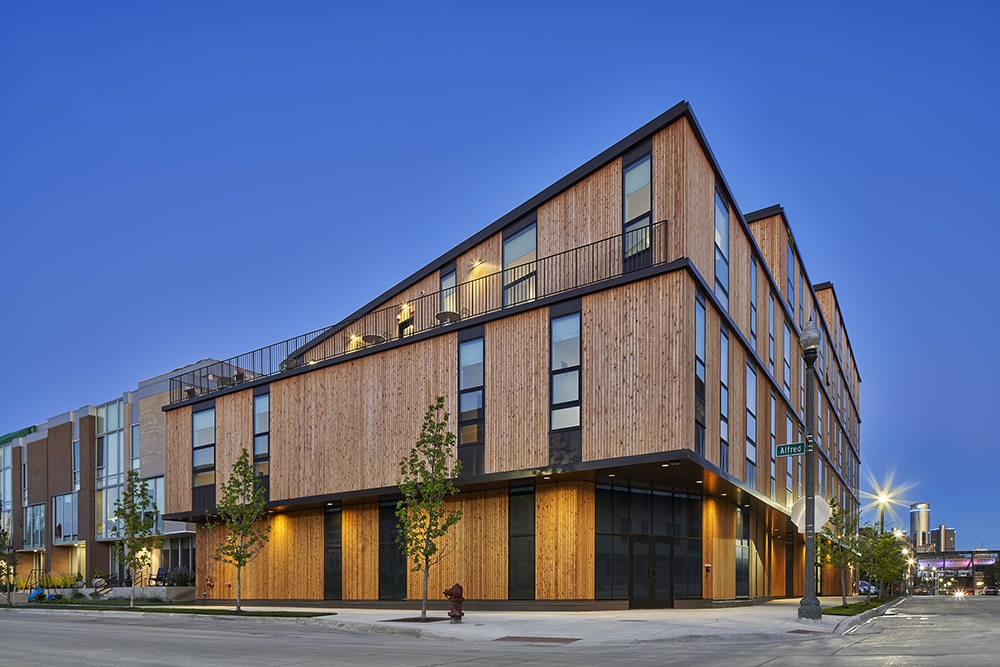 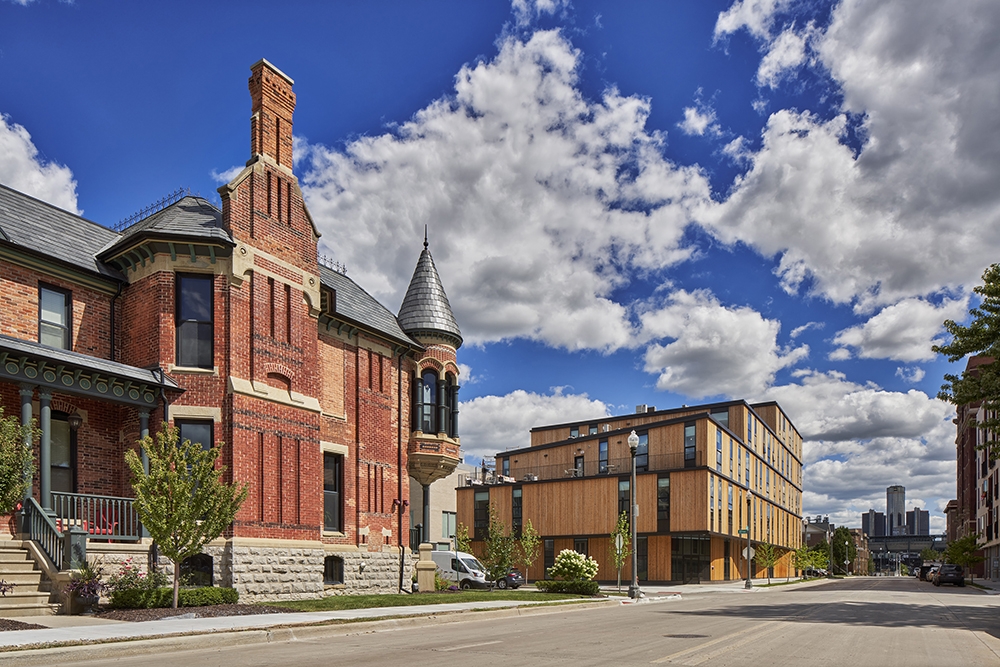 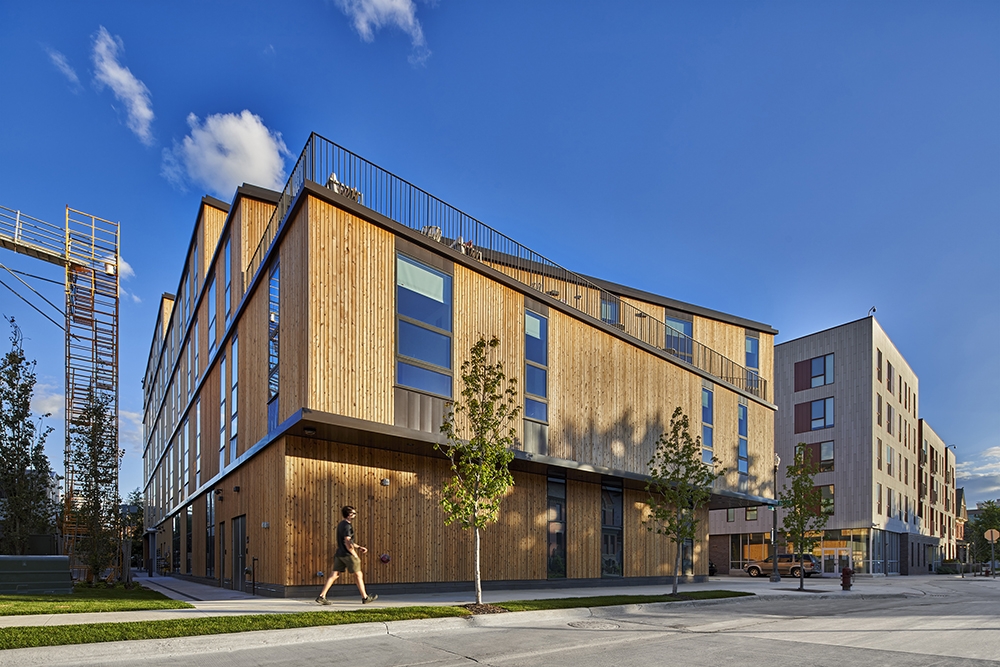 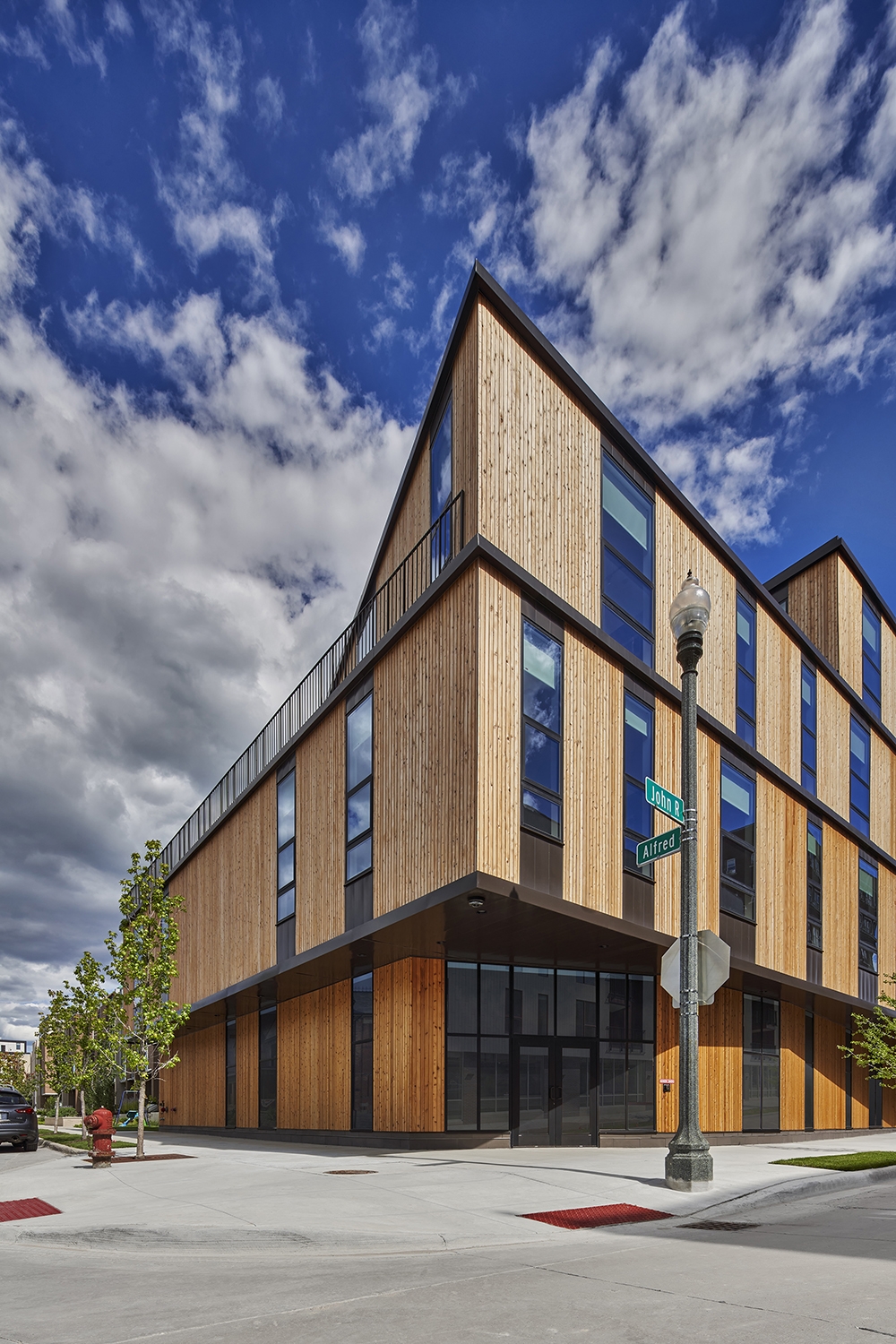 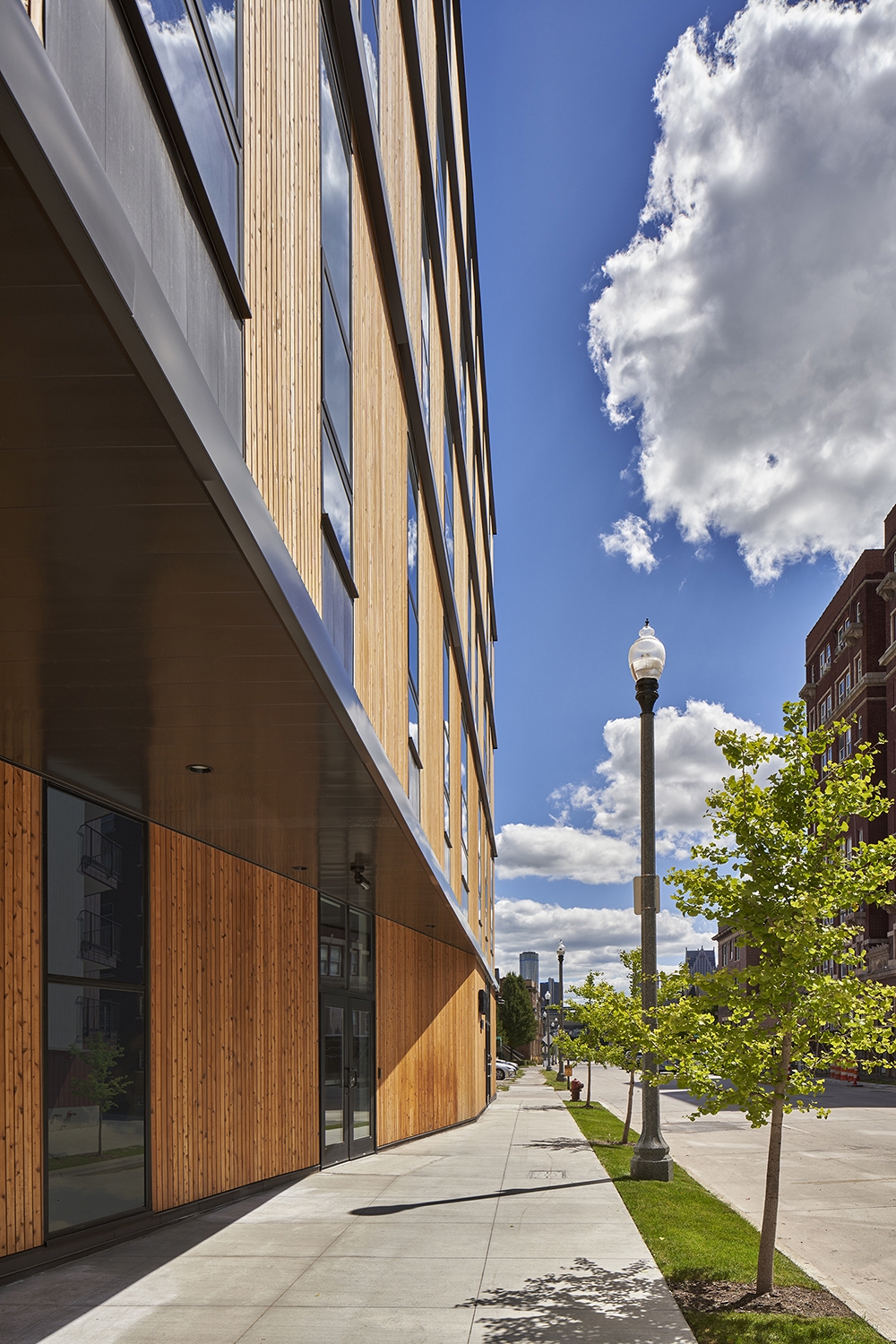 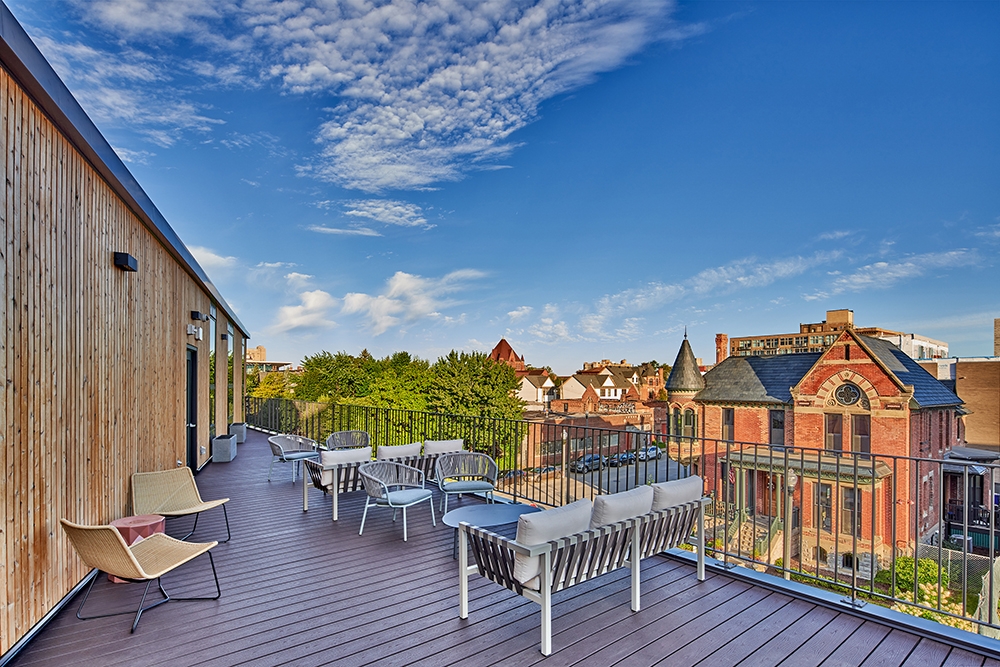 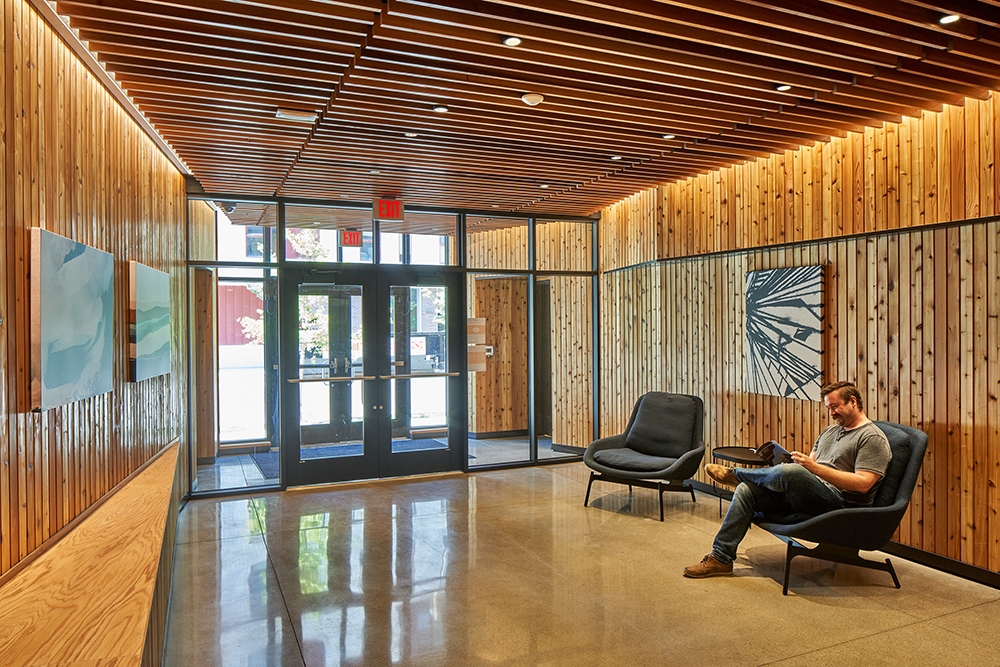 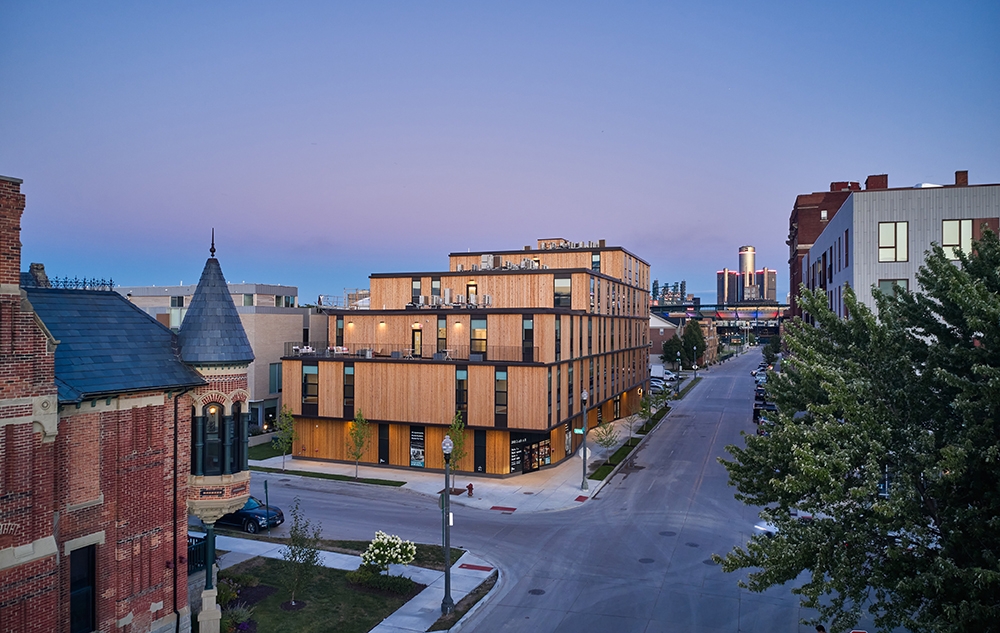 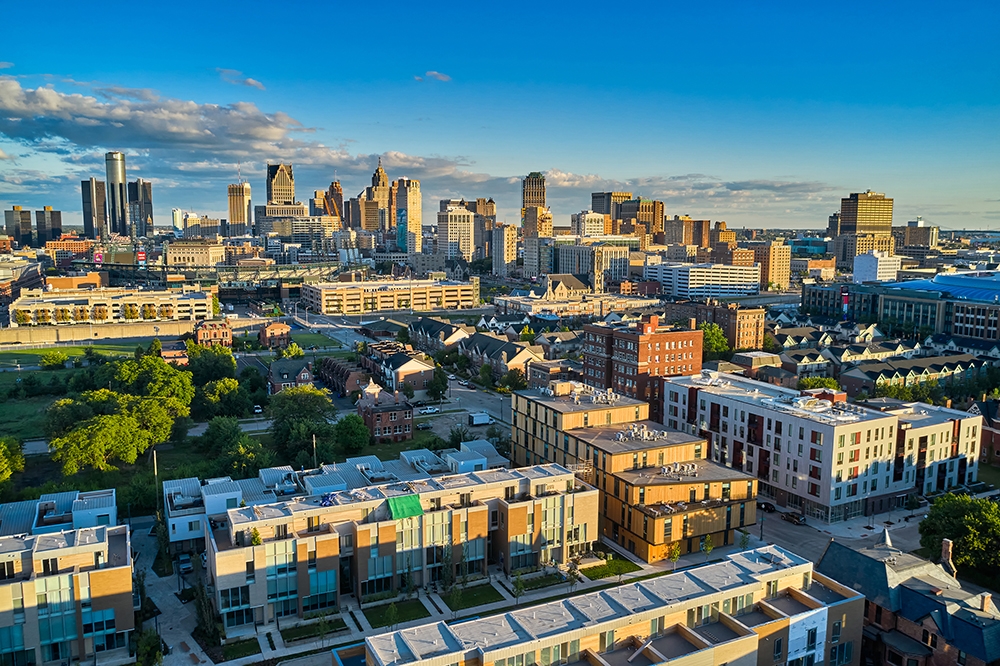