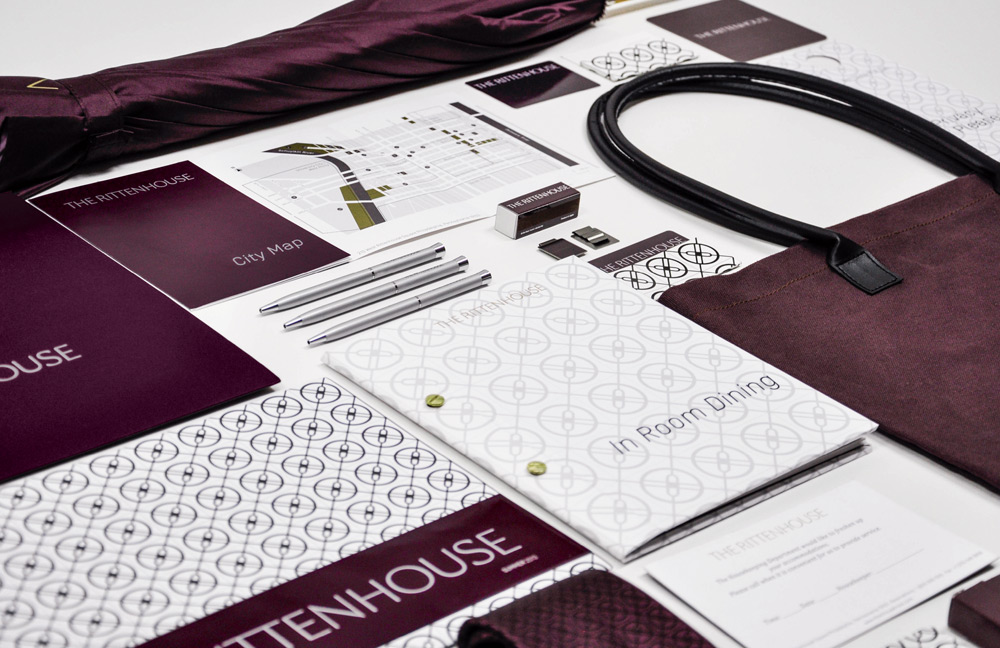 The Rittenhouse is a five star hotel located on one of Philadelphia's most well known public parks, Rittenhouse Square. This full identity re-brand including name, logo and mark design(s) was inspired by the Beaux-Arts style of Paul Philippe Cret, the architect of Rittenhouse Square, as well as many Grand Dame hotels throughout Europe. A bird's eye view of Cret's design for the square was translated into a flat pattern that is used as a recurring branding element. 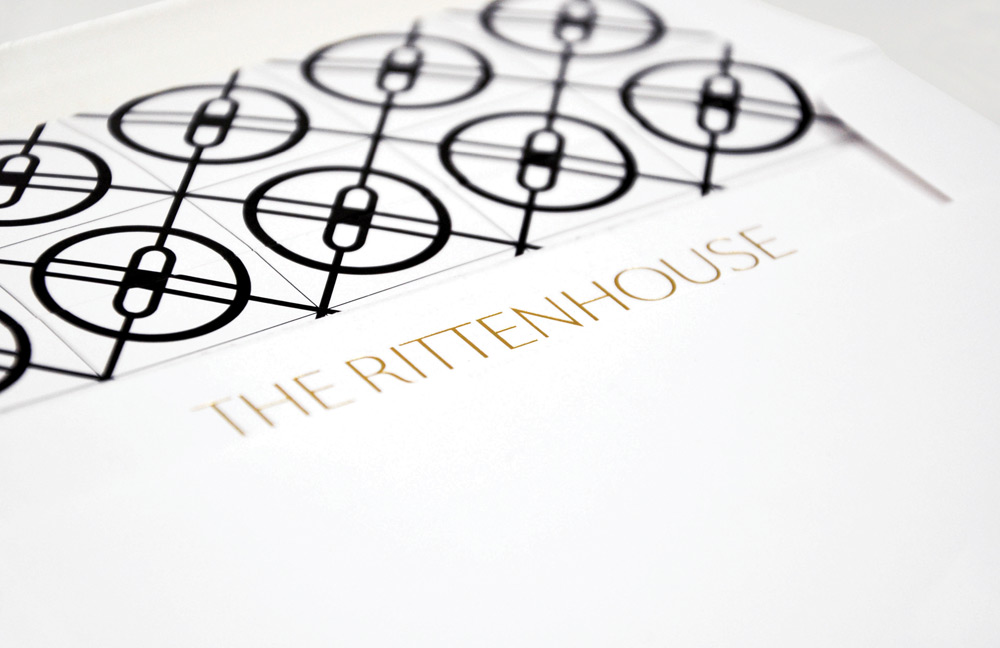 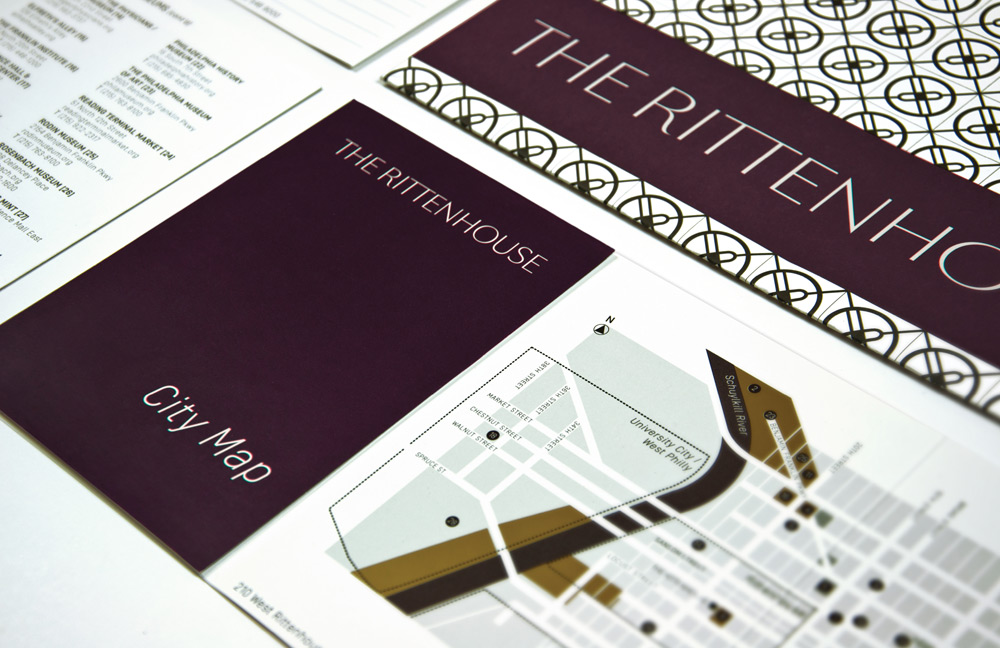 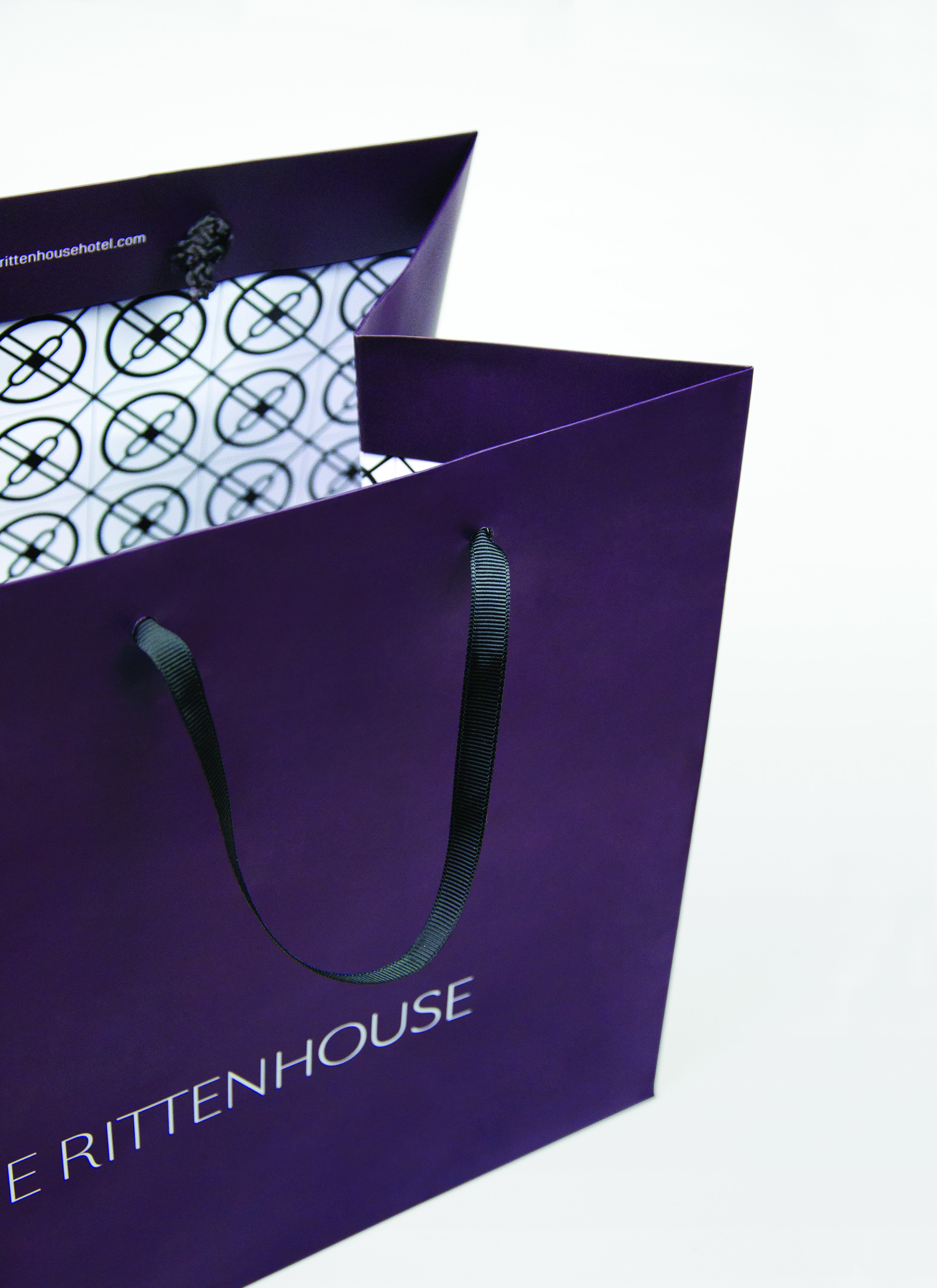 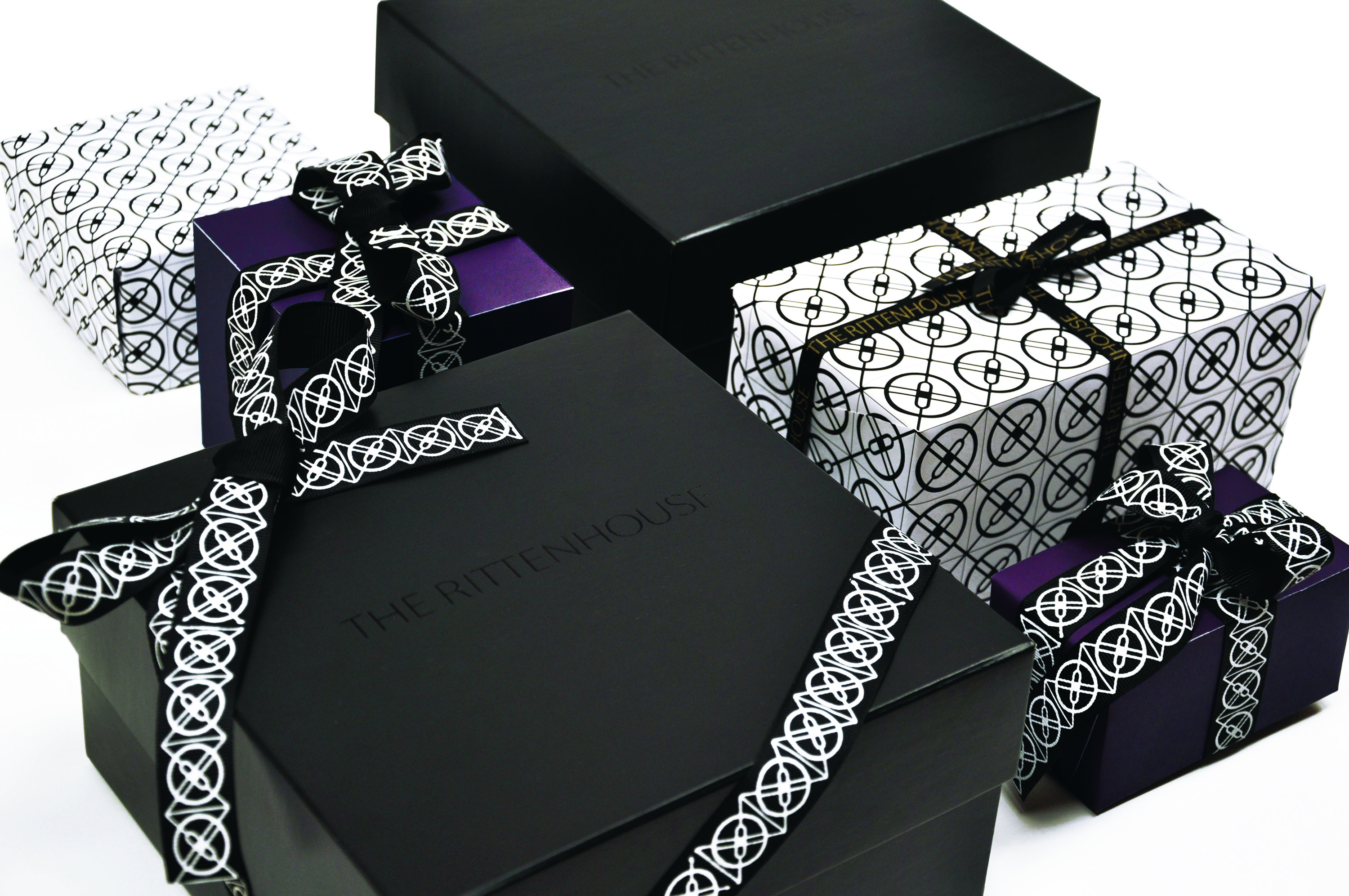 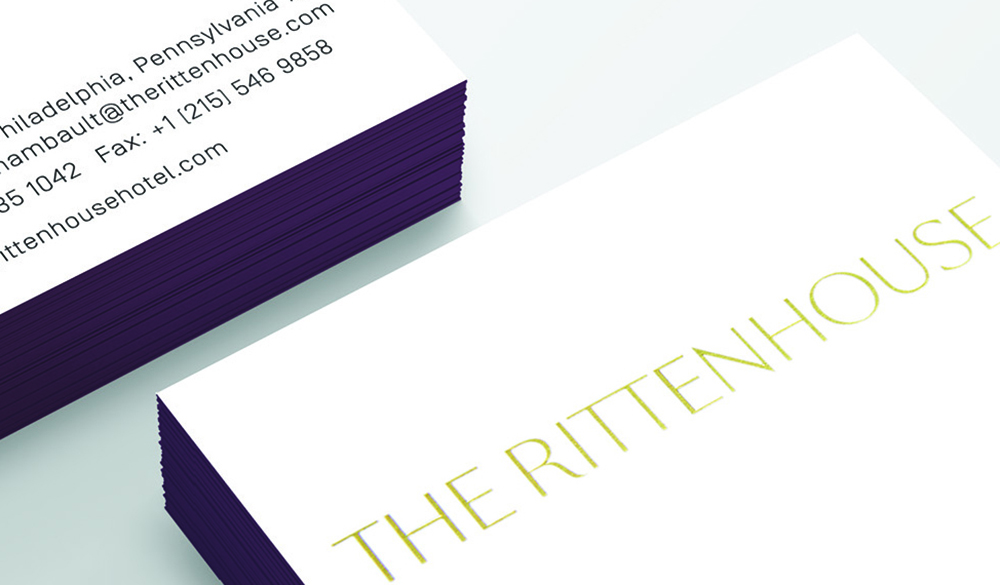 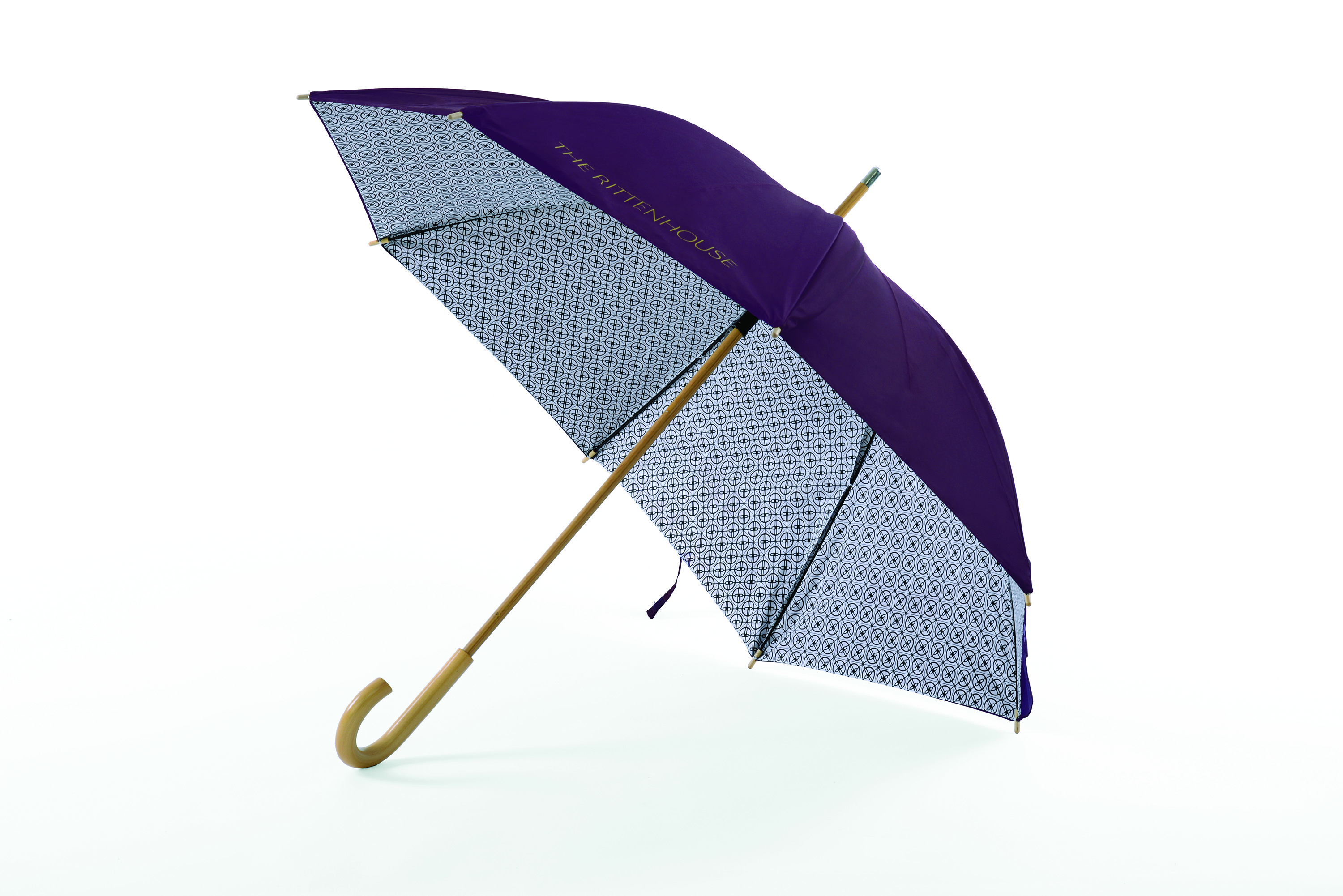 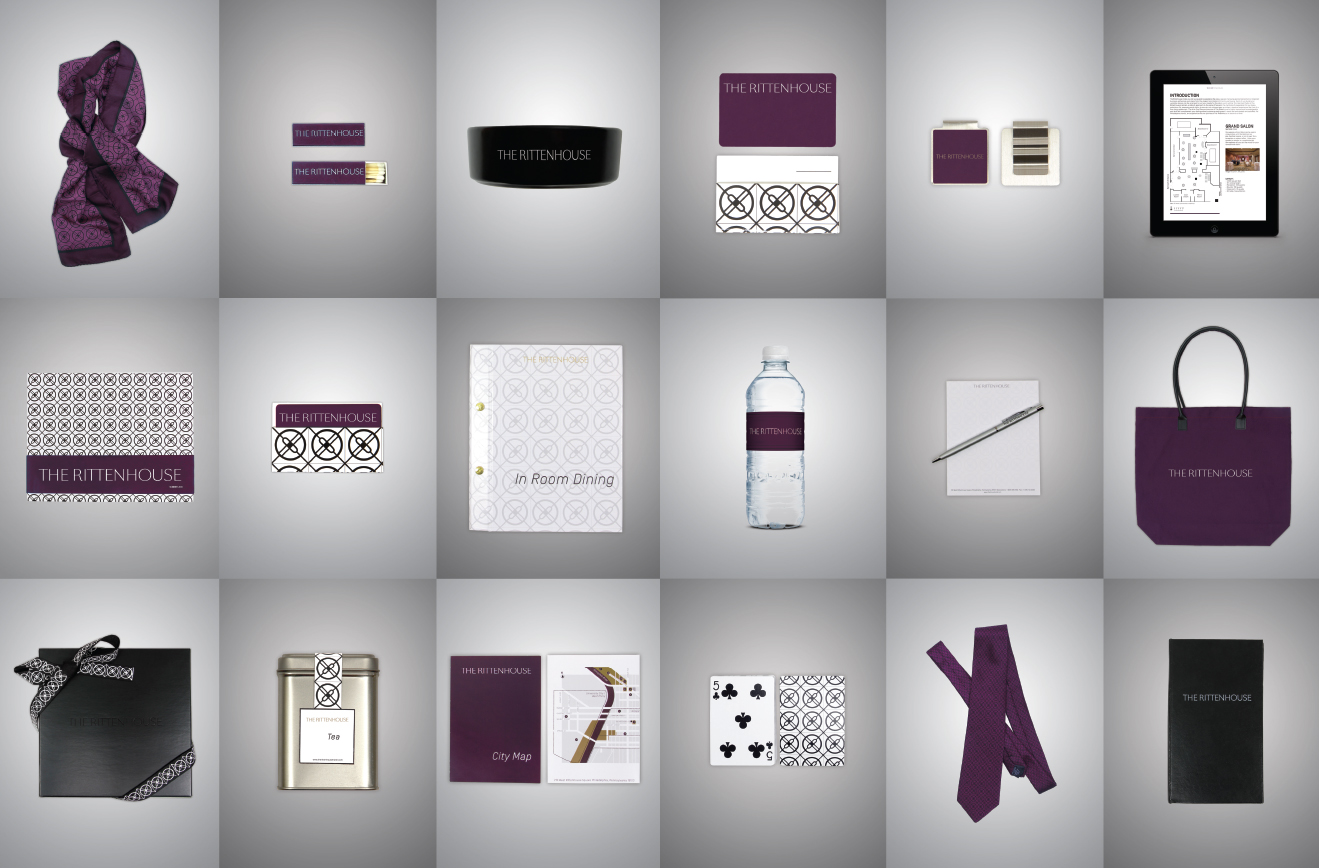 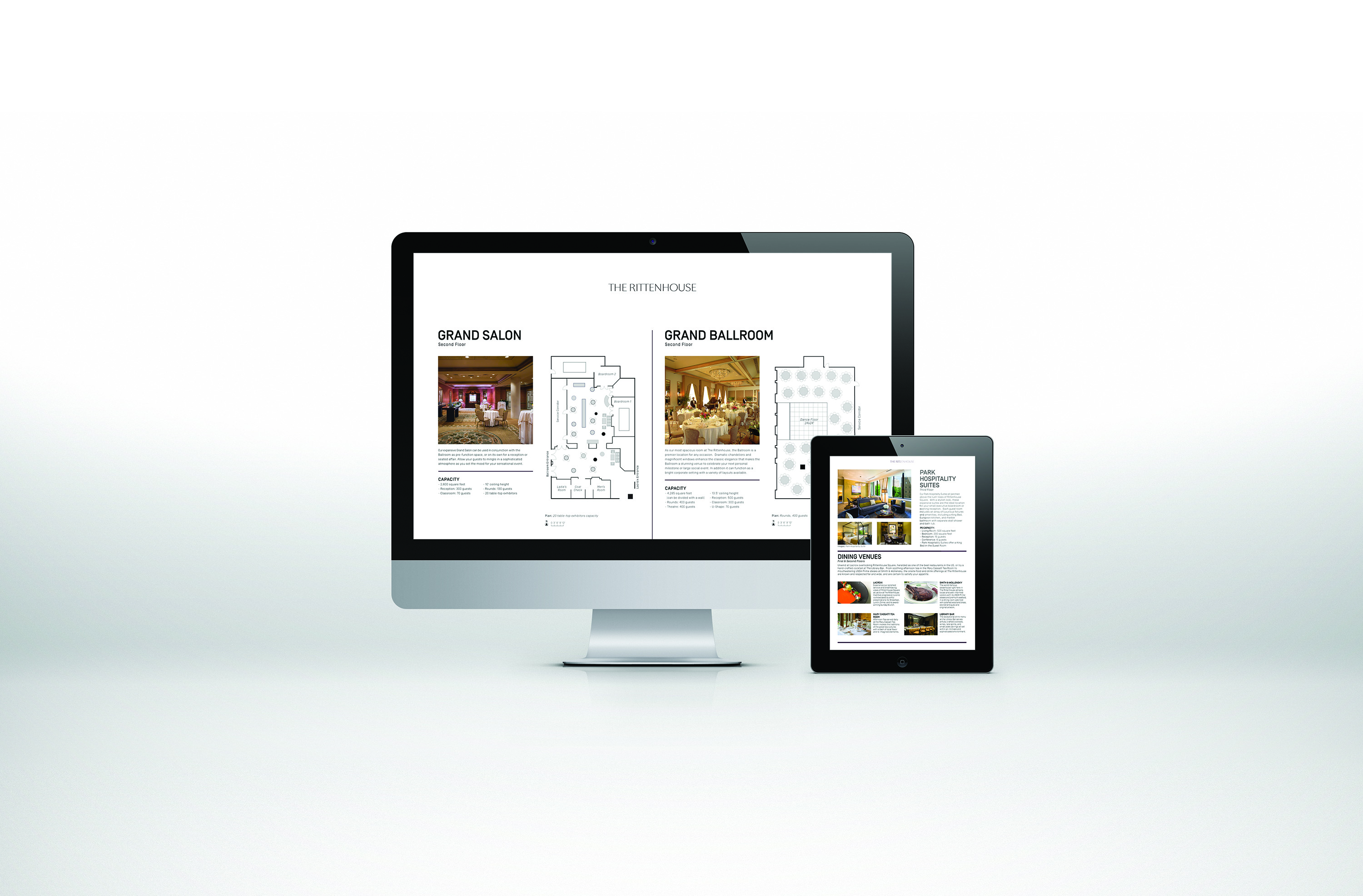 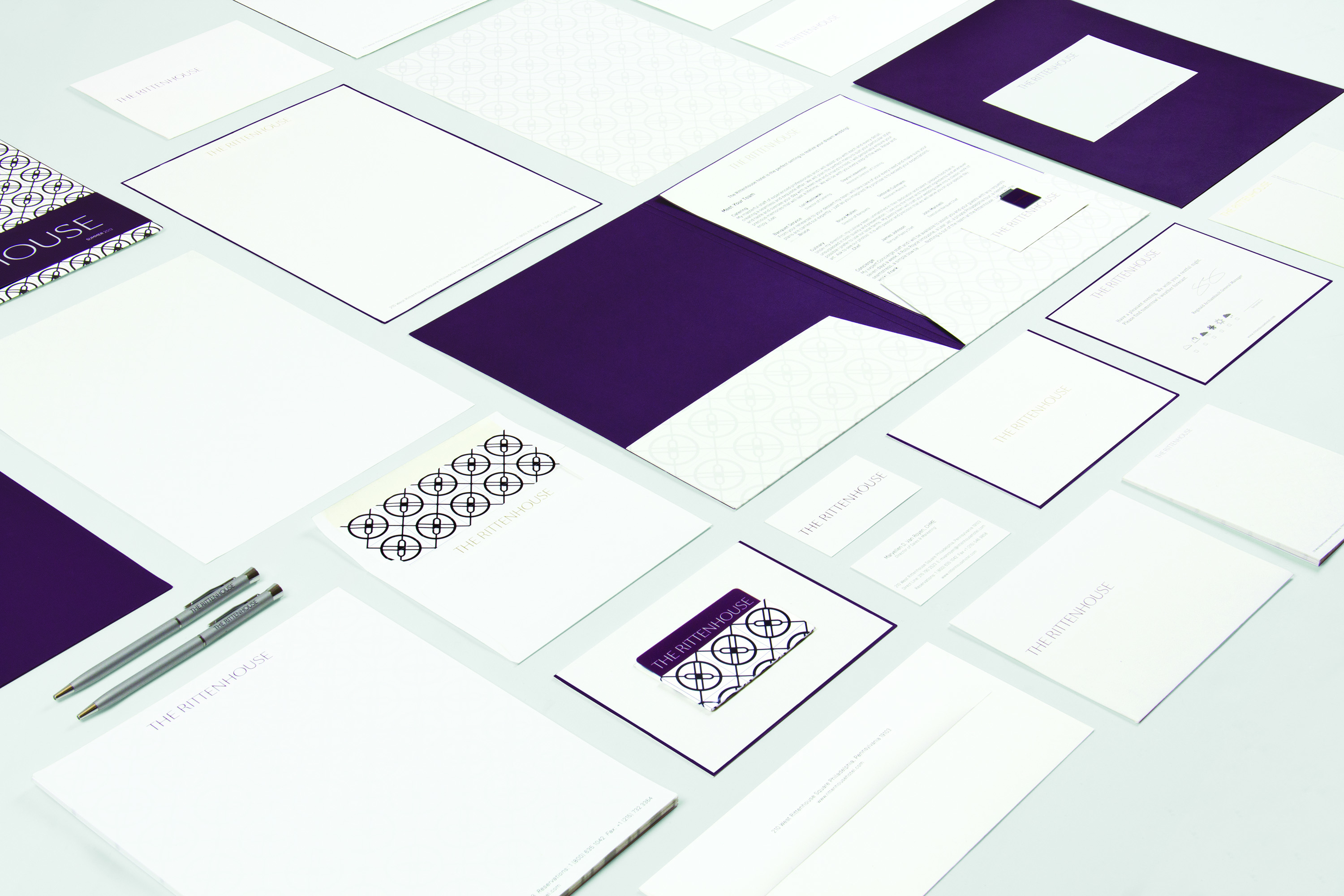