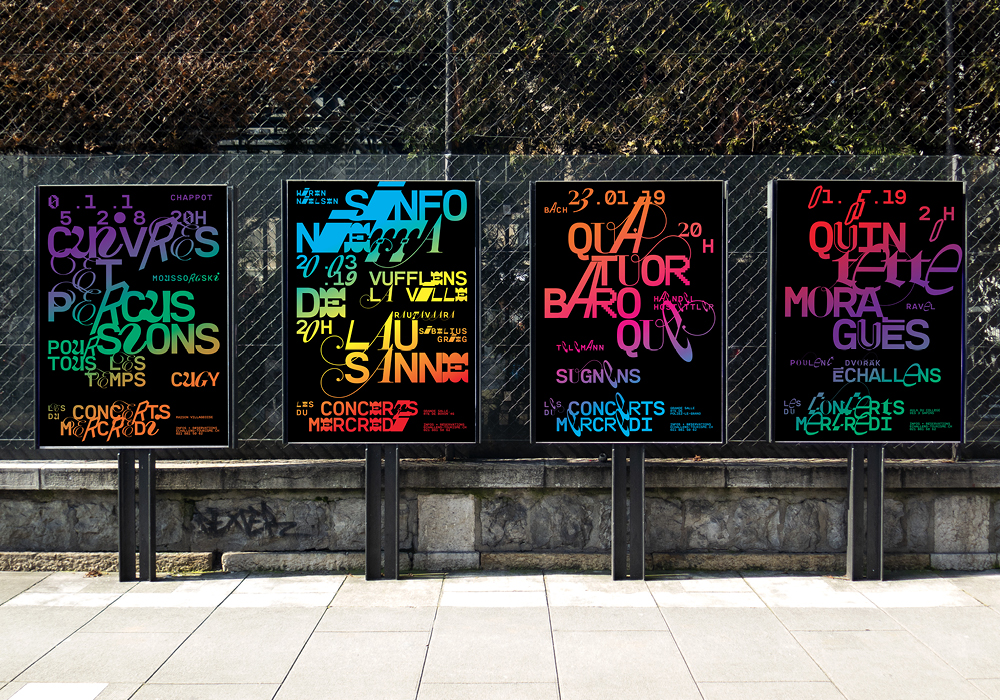 “Les Concerts du mercredi” organization offers classical music concerts to an eclectic audience. The main concept consists in the layout of content orchestrated and played as a score, using a structure composed of 4 grids that juxtapose. Inspired by musical instruments that produce different notes, we have designed two typographic characters, Gridsytem Mono and Gridsystem Mono Alternate, which have more than 650 alternative glyphs to play with letters and words in the same way that we can produce different notes with a musical instrument. 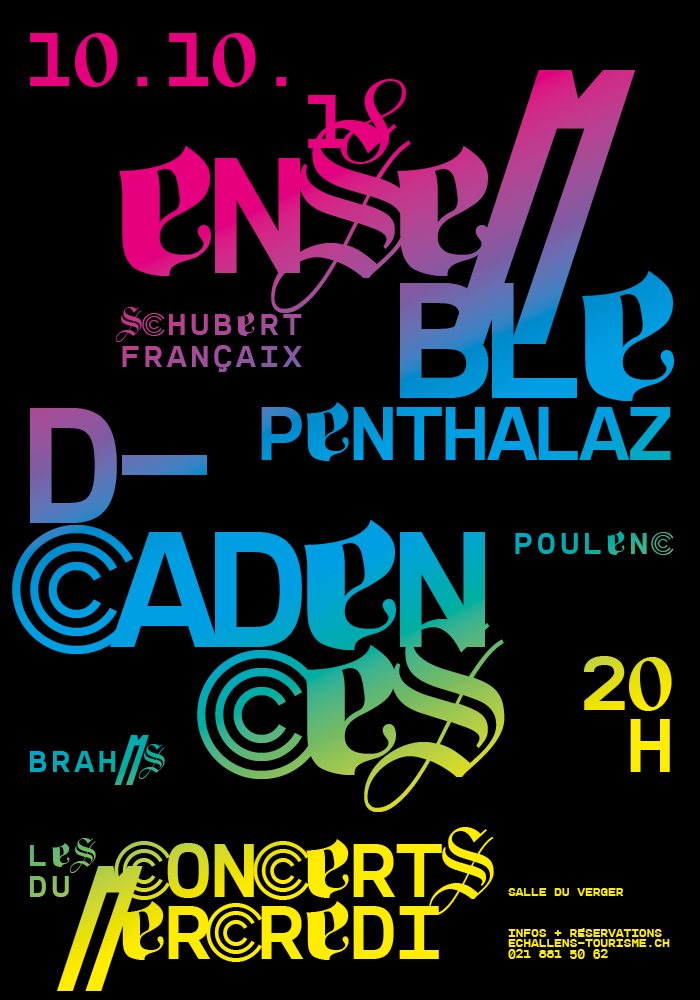 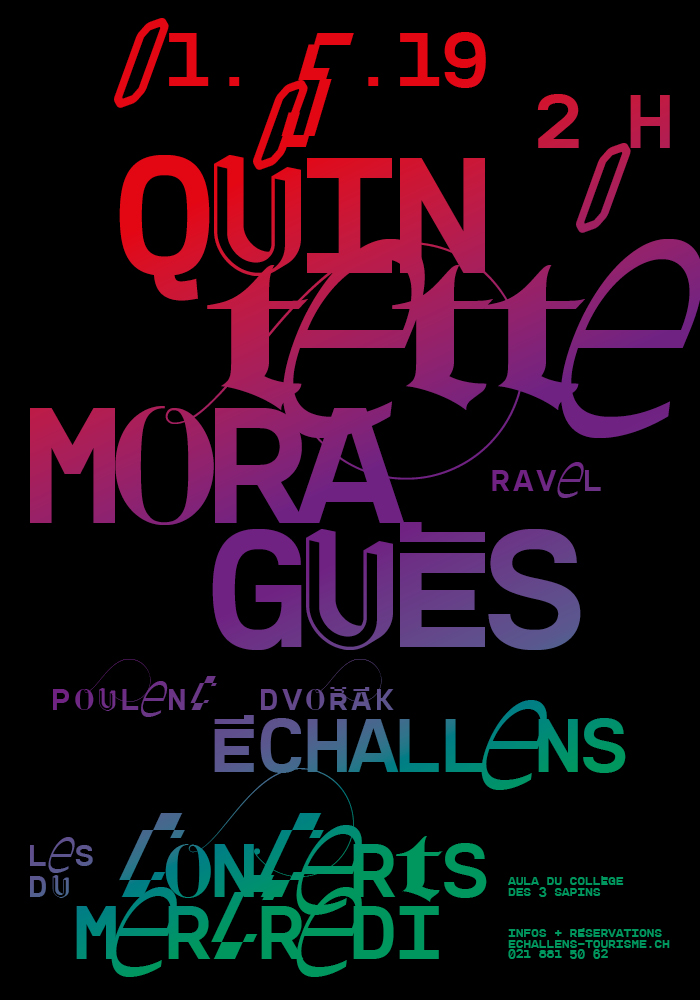 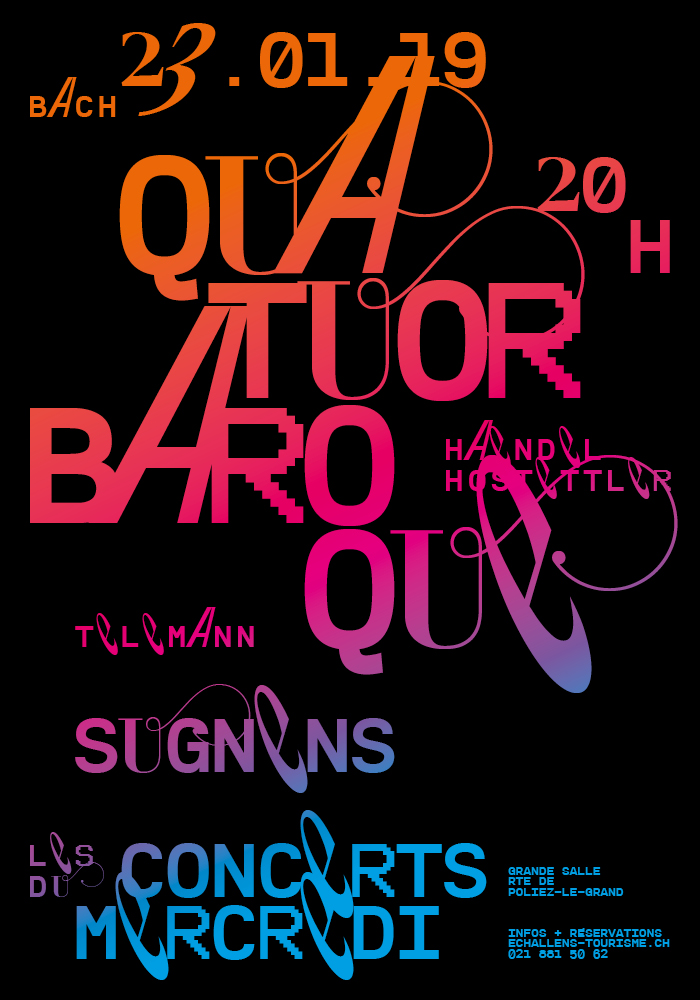 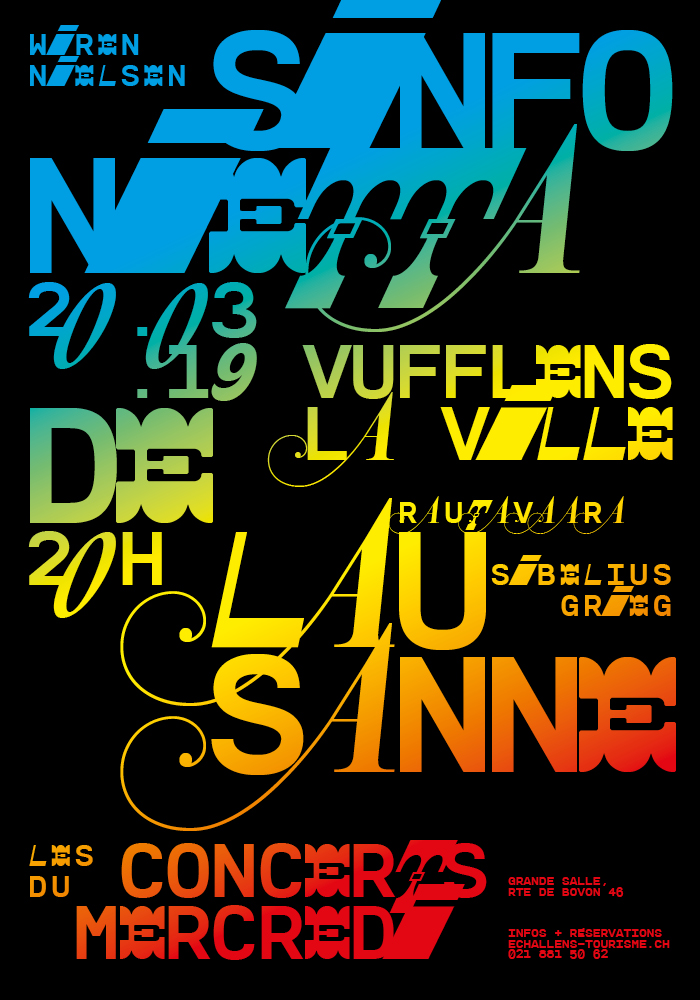 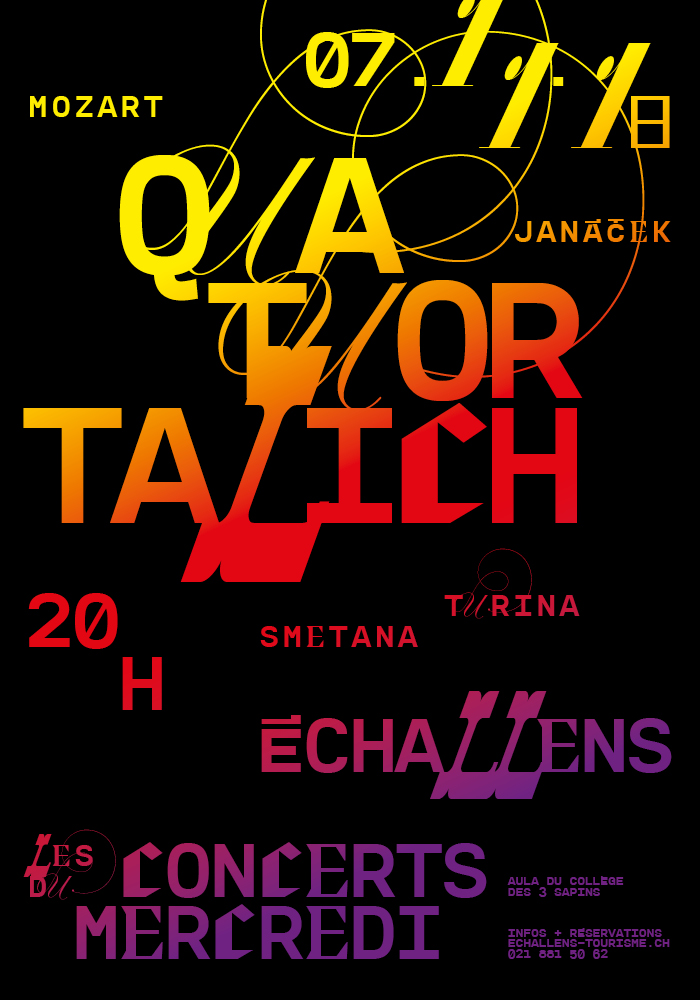 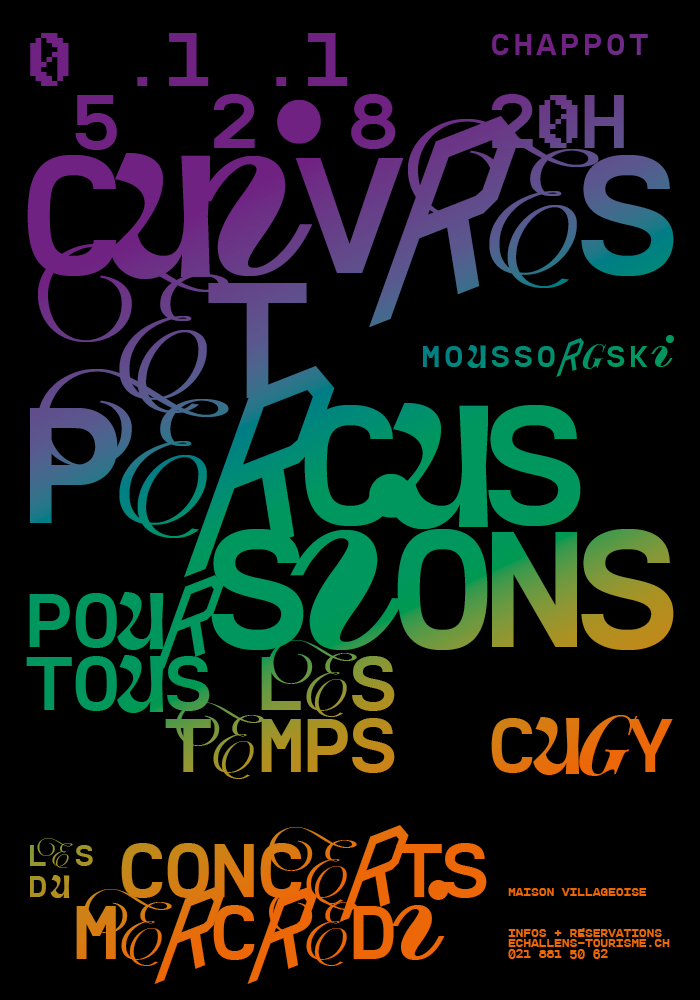 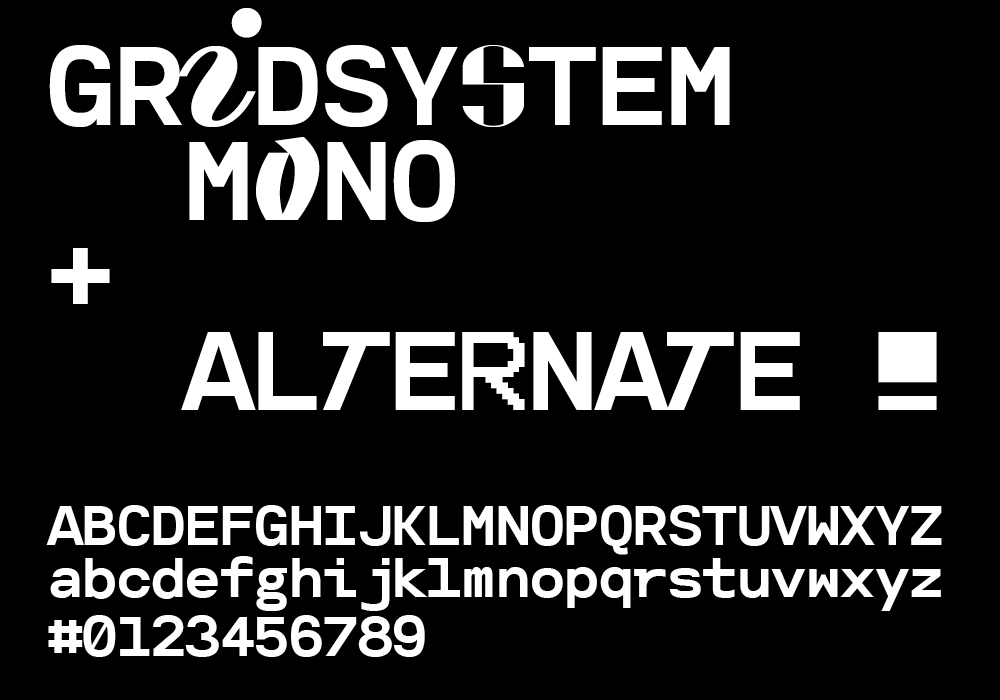 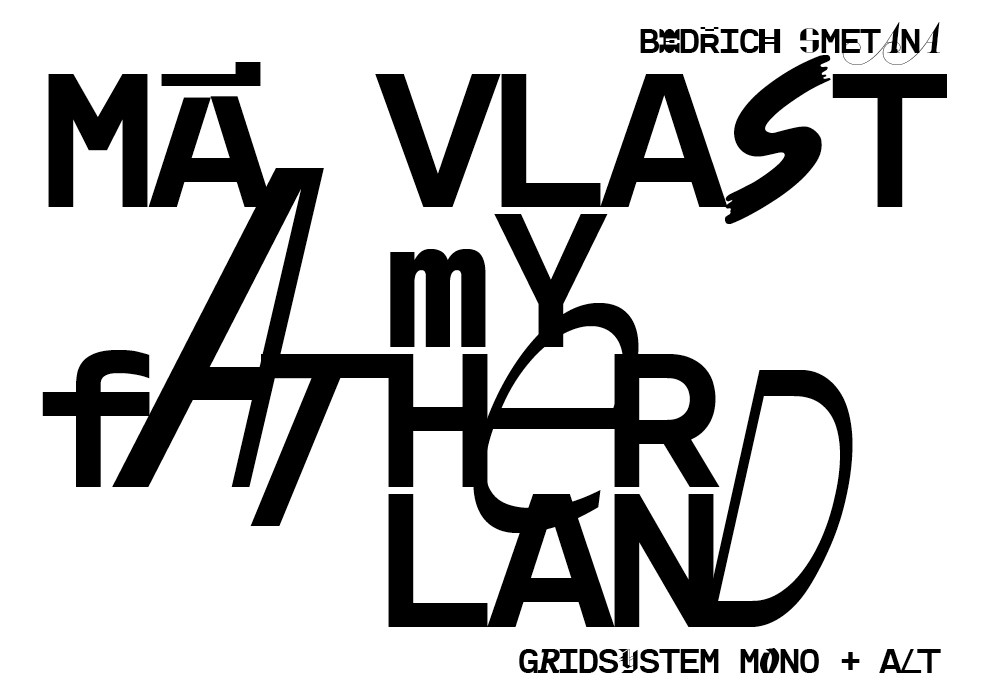 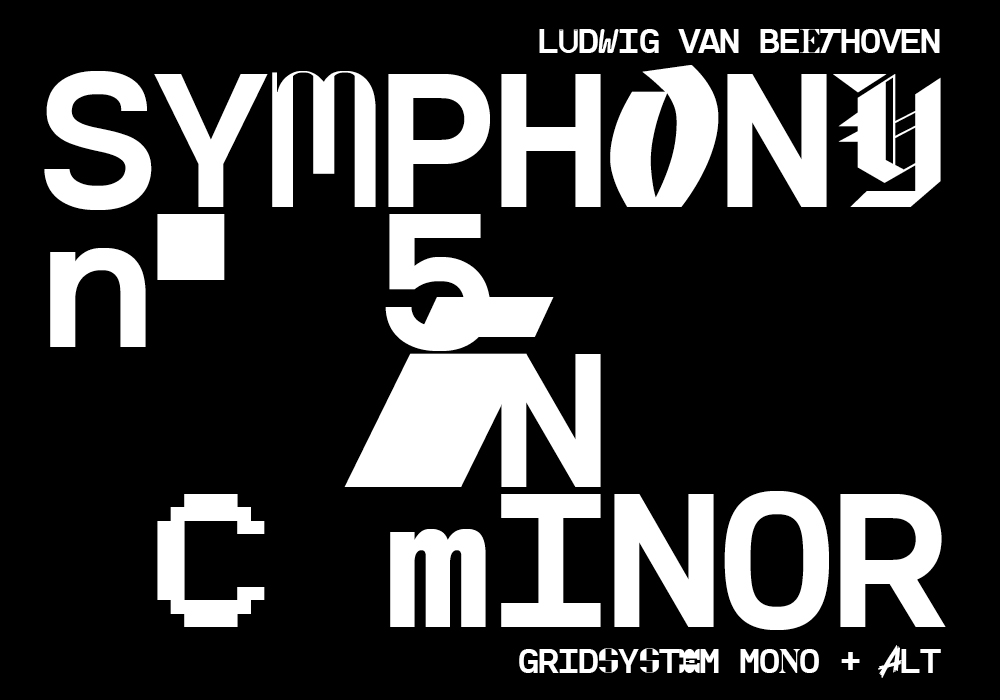 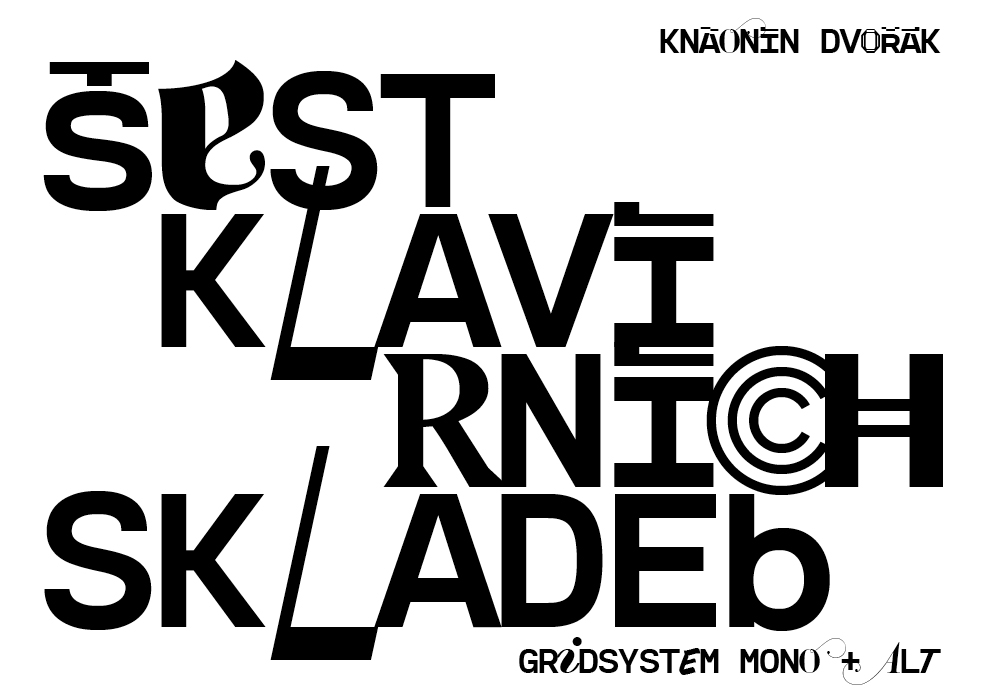