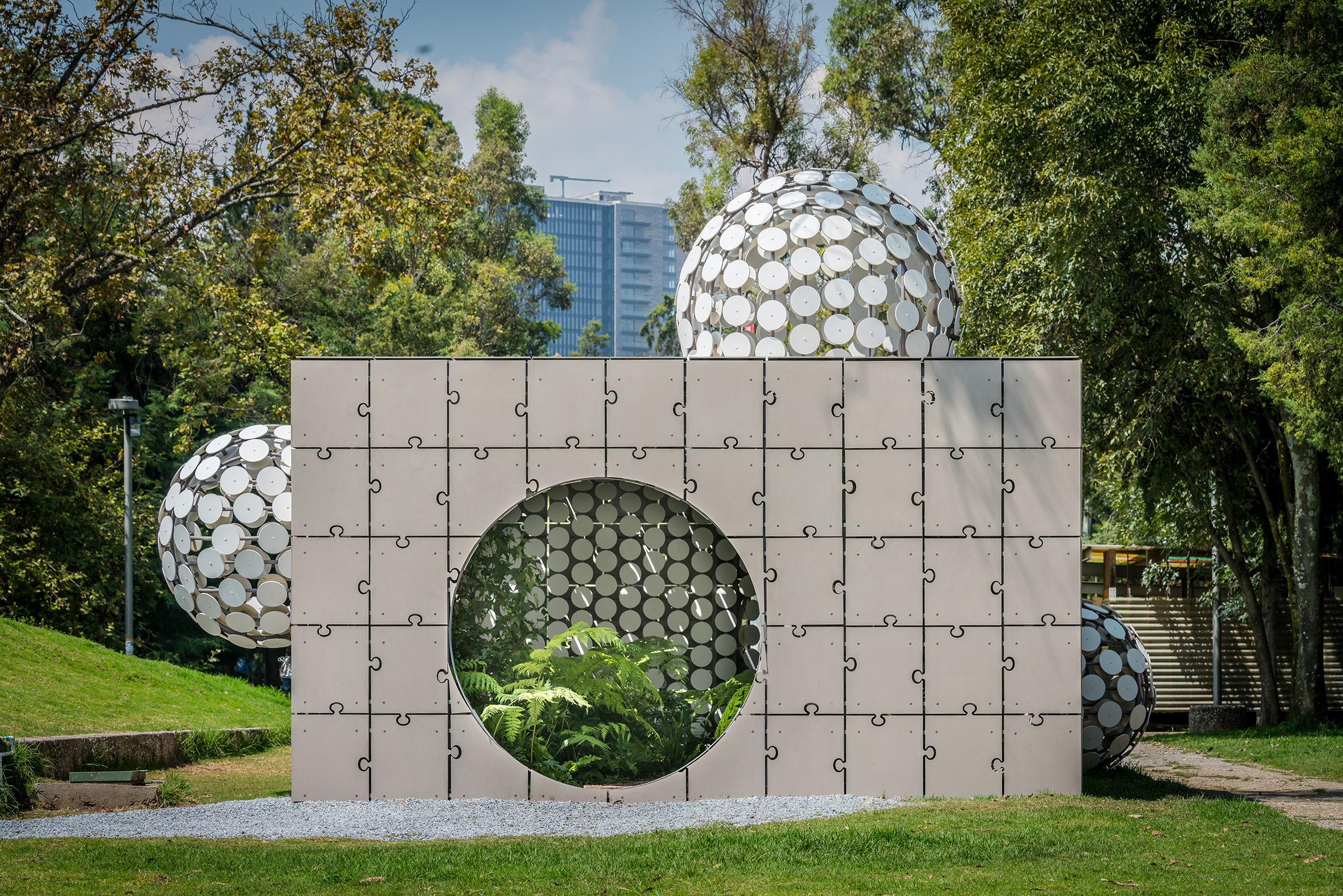 This year’s Arch Days Pavilion called Egaligilo is located next to Museo Tamayo in Mexico City. It acts as force equalizer between rational and parametric architecture and creates its own microclimate by preserving the atmospheric conditions required to maintain a small forest inside. The pavilion is formed by an orthogonal geometric enclosure composed by puzzle shaped concrete and an organic skin formed by concrete circles. To raise awareness about the recycling of ephemeral structures, it will be relocated and conditioned as a classroom in a struggling community after the intervention. 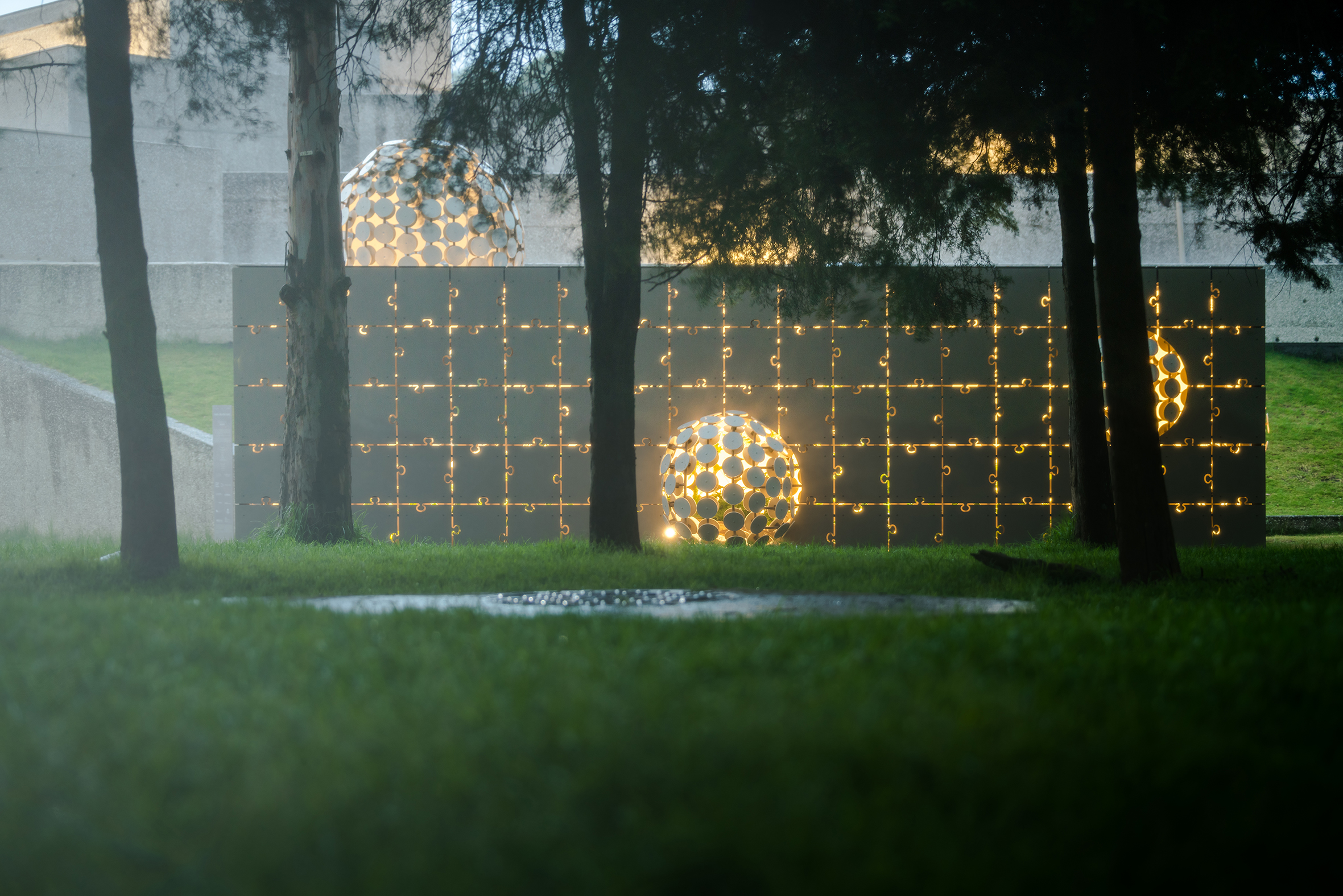 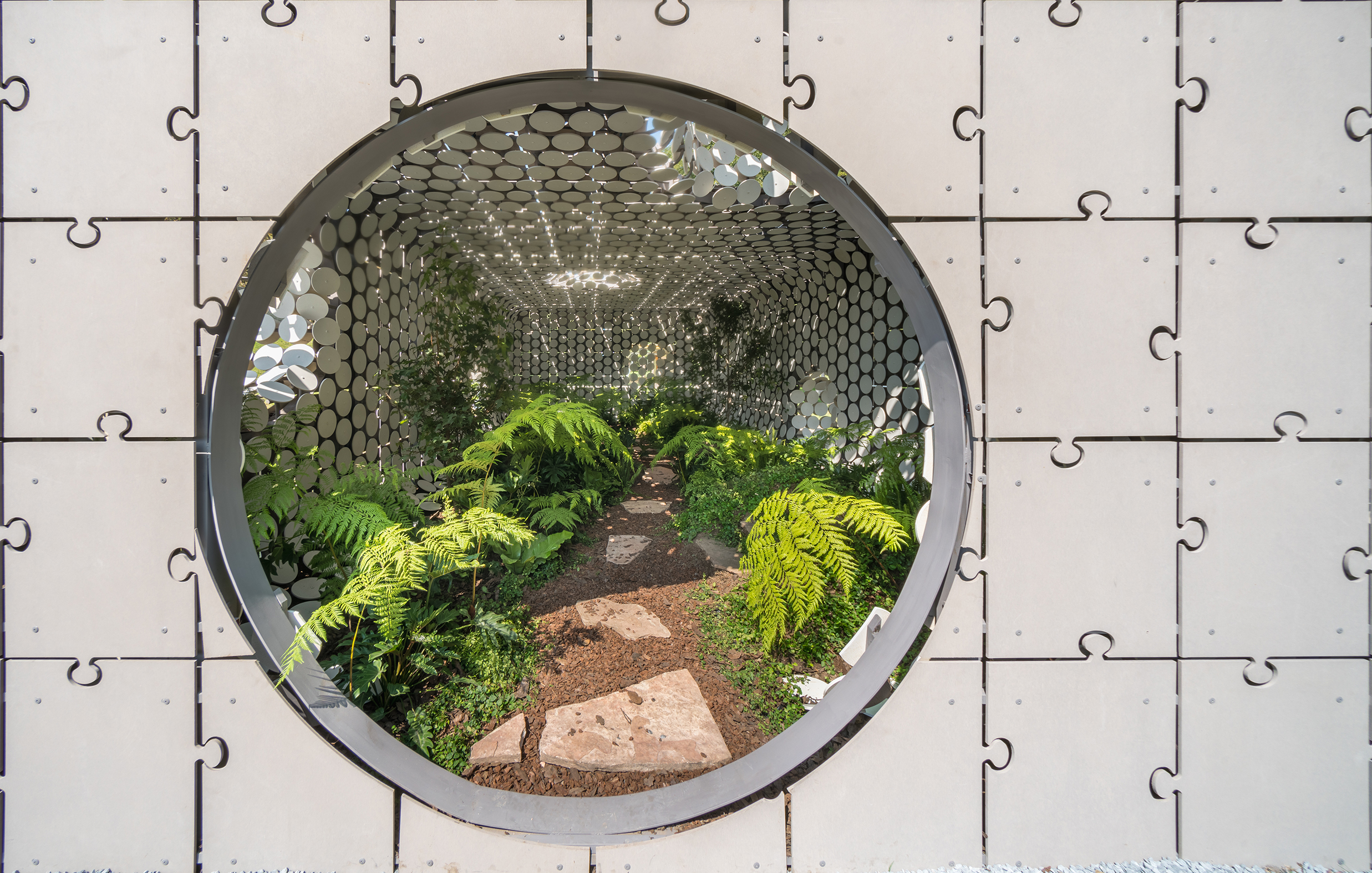 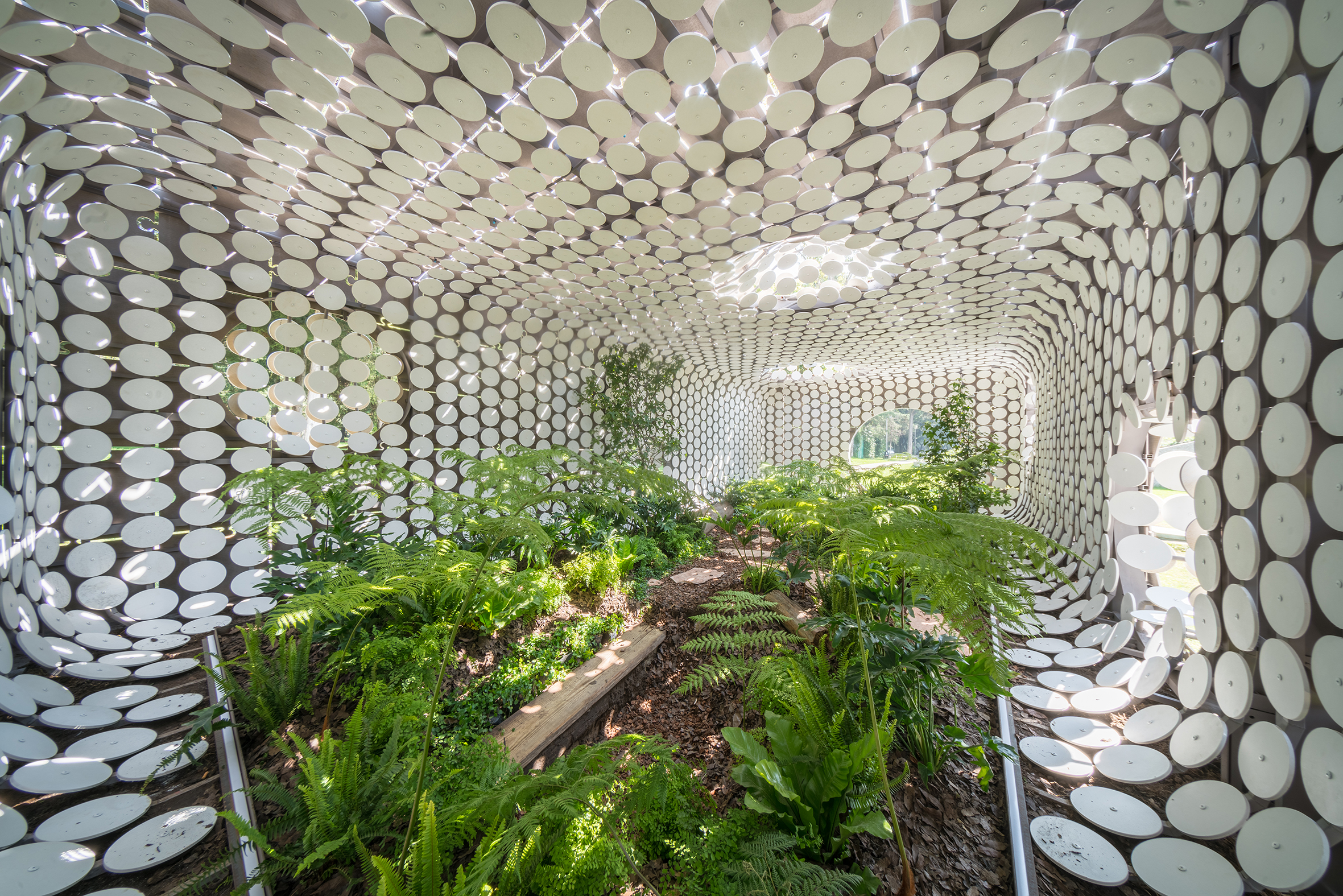 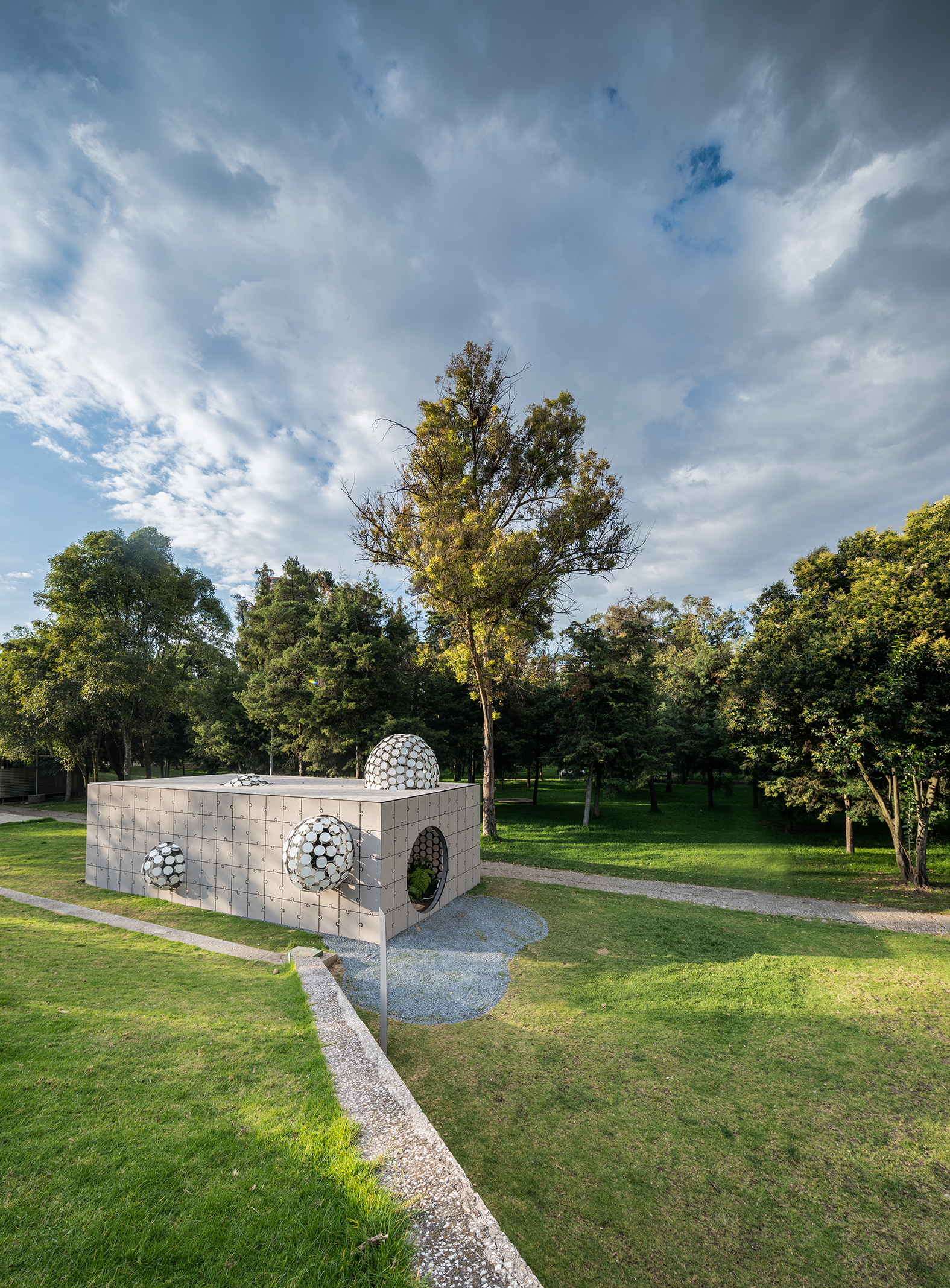 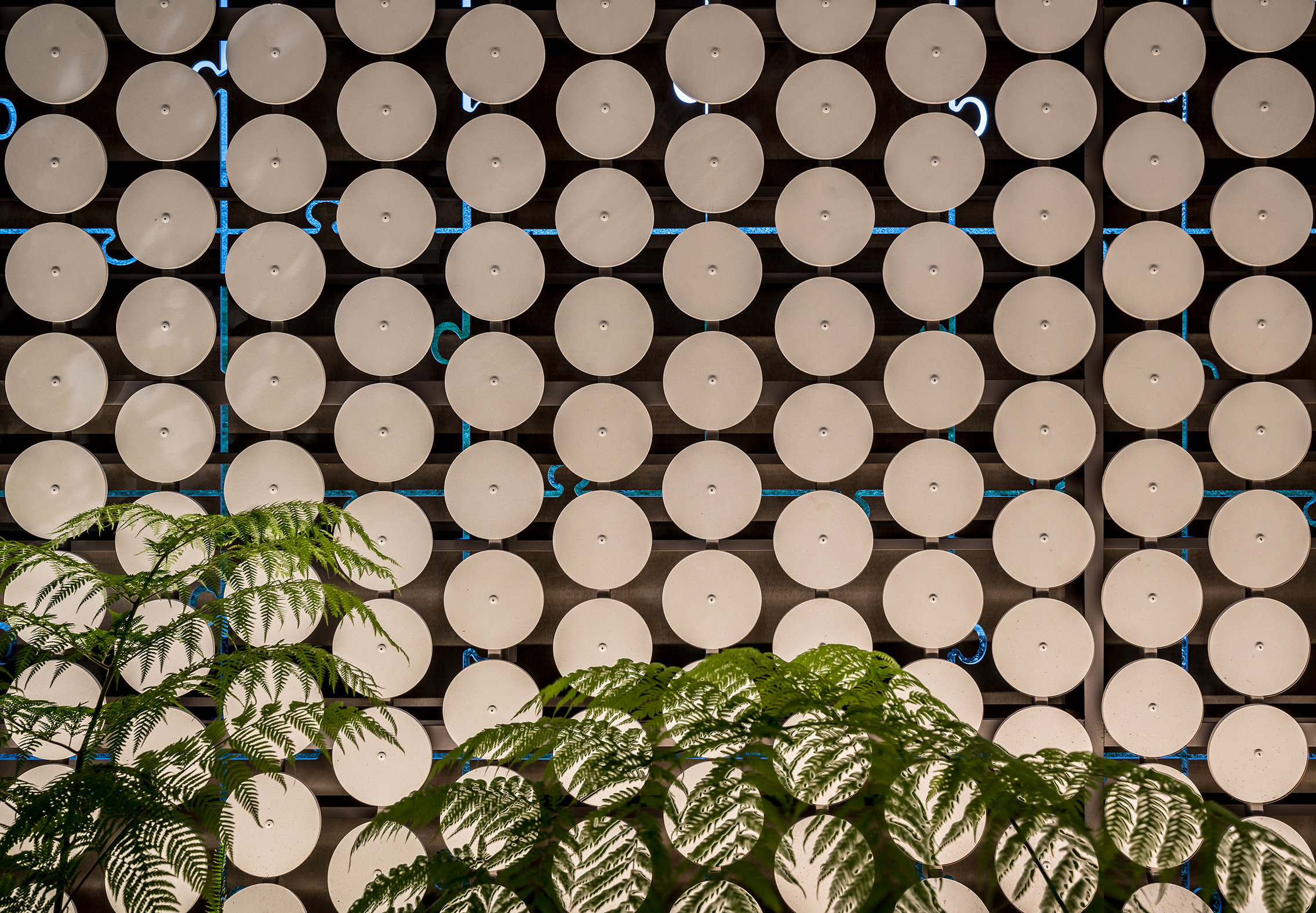 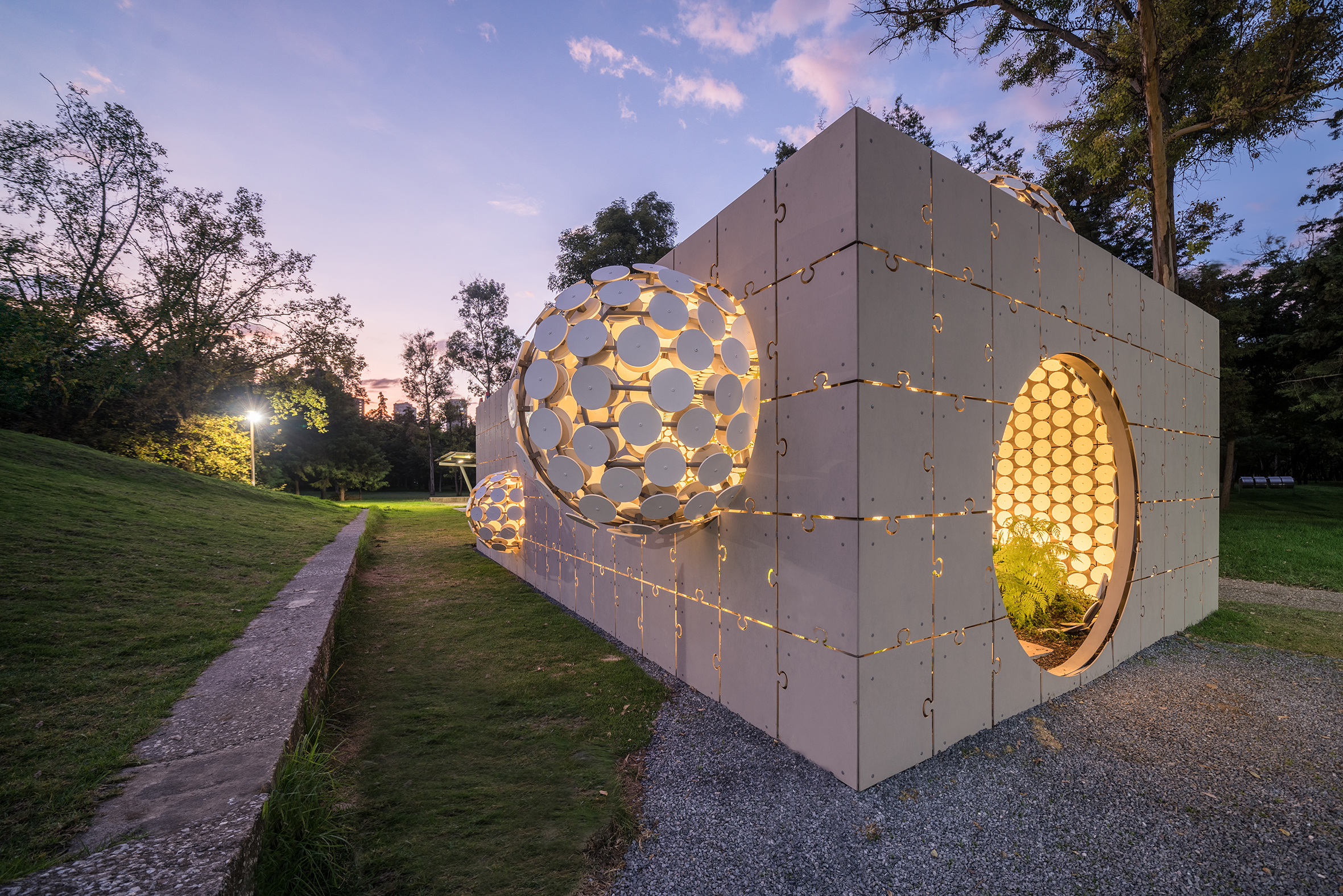 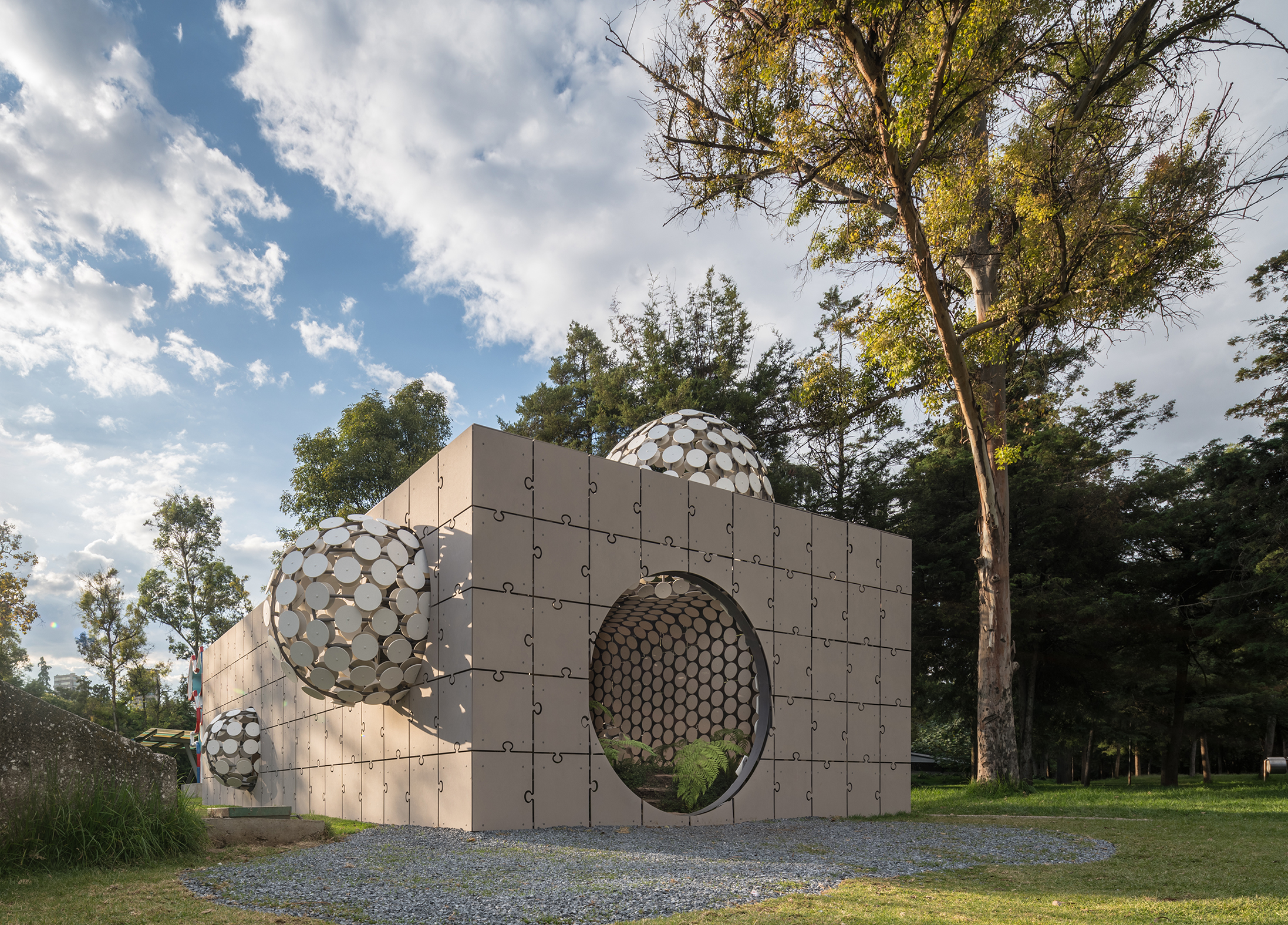 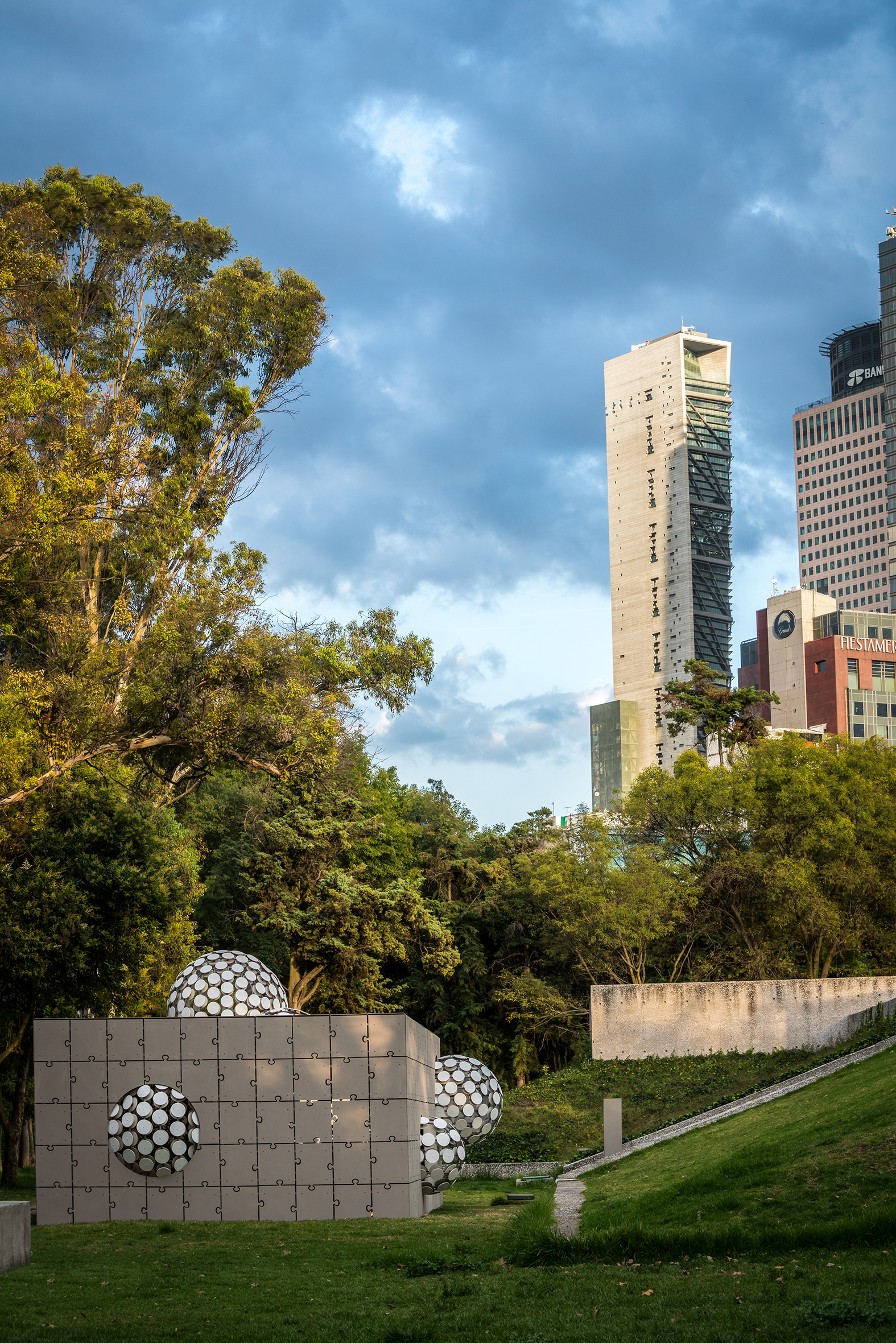